It’s the day before Thanksgiving, and we’re pretty used to seeing crowds at Disney World, even at the park’s current 35% capacity. And Disney previously told us that Thanksgiving week was almost 100% booked at that capacity. 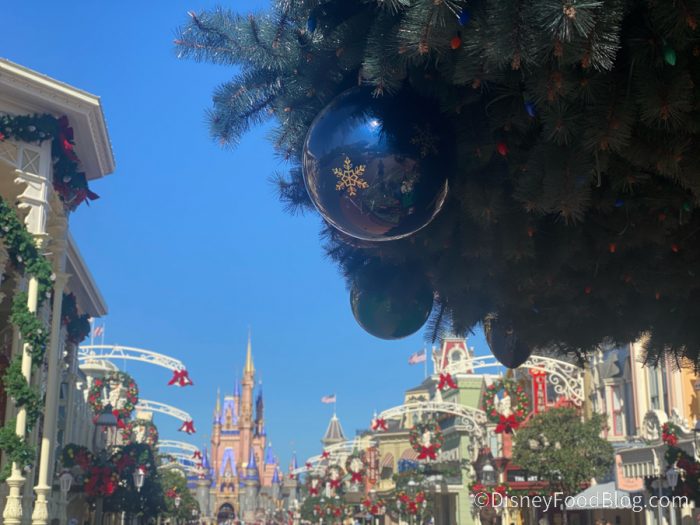 So when we went to the parks this morning, we expected to see a lot of people, just like we’ve been seeing in the weeks leading up to Thanksgiving. Instead, we were quite surprised by the LACK of crowds in the parks. Let’s take a look at exactly what we’re experiencing today!

Earlier this week, we shared a look at the holiday crowds. And now we’re back with more pics because…the crowds have disappeared?!

In Magic Kingdom, we are literally wondering where everyone is. The park feels far less crowded than we’ve seen it recently! On the day before Thanksgiving? That seems pretty unbelievable, but look at this. 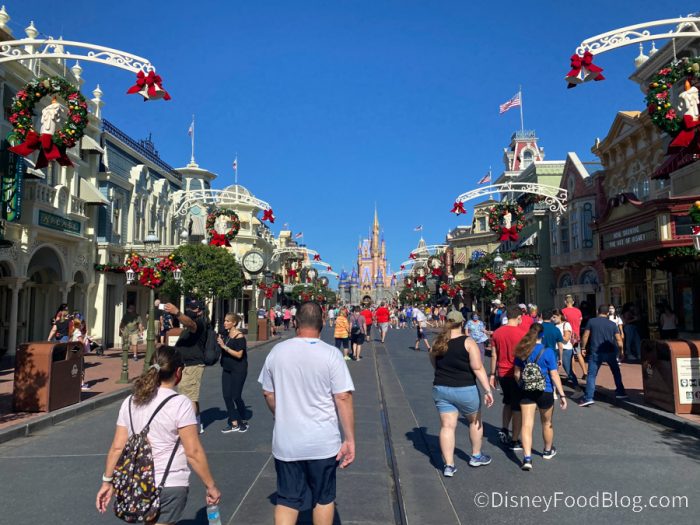 And even in areas that are a little more congested, most people are moving or standing in lines. Therefore, we have had no problems keeping ourselves distanced from other groups.

But there were even times we almost felt we had the park to ourselves! 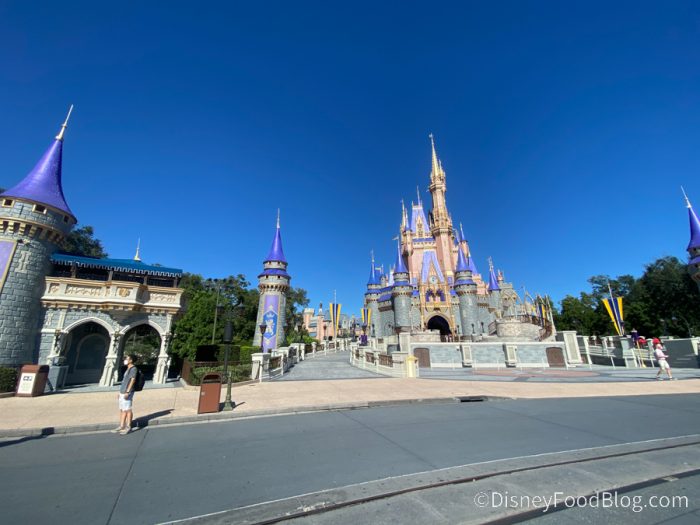 It’s all a little weird, though, given that it is a holiday week. Where did everyone go?

We noticed the same at Hollywood Studios. Here’s a peek at Toy Story Land today. 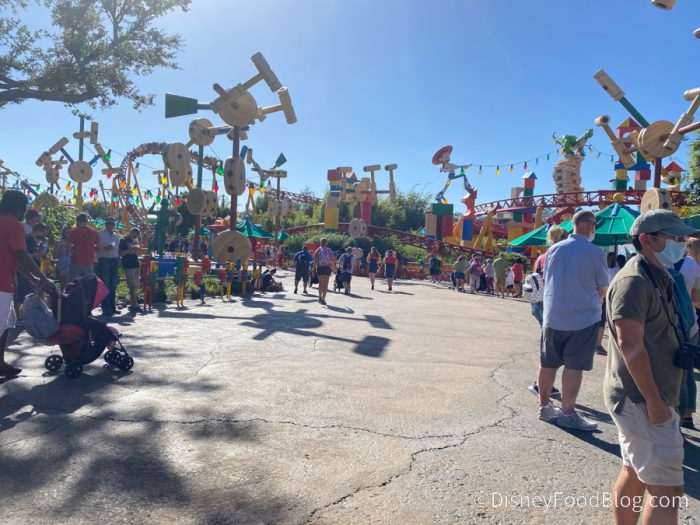 You might think the area around the newly-reopened Woody’s Lunch Box would be super crowded, but nope.

Hollywood Studios seemed a little busier than Magic Kingdom, but we saw far fewer people than we saw two weeks ago. Maybe guests were concerned about holiday crowds and decided to travel early?

Most surprising, though? Star Wars: Galaxy’s Edge is looking like a ghost town! Did everyone travel off-world? 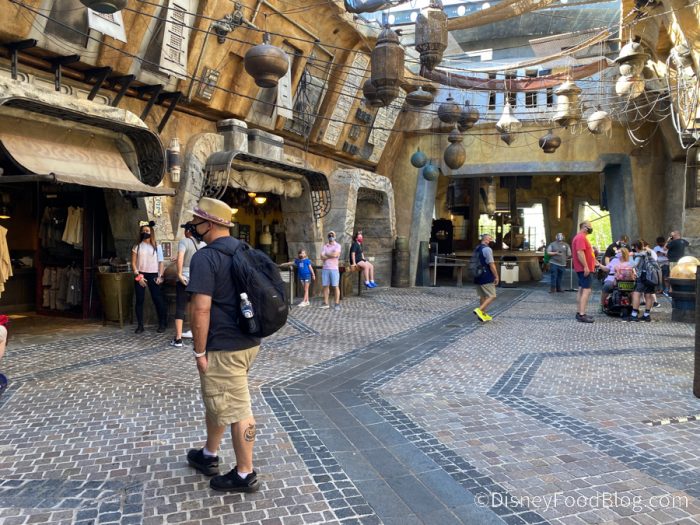 We’re not sure we’ve ever seen Batuu so deserted! 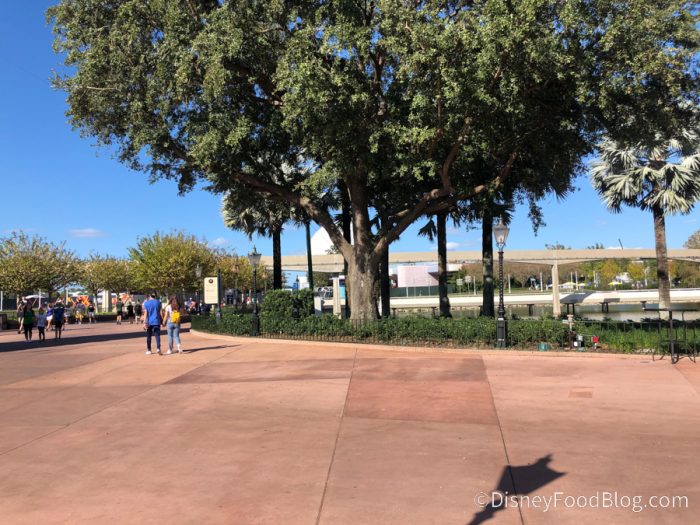 We’ve seen a lot of crowds around the Mexico Pavilion recently, but this is pretty light compared to last week!

Here’s a look at crowds outside of the Mexico Pavilion 🇲🇽 pic.twitter.com/j6uedPI0Go

There’s SO much space between groups of people at the World Showcase, more than we’ve seen in a while. 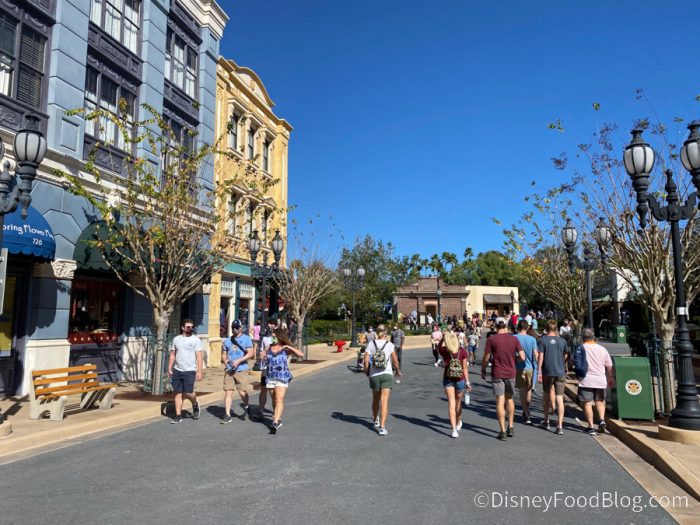 The Japan Pavilion is a virtual oasis of calm and quiet.

We’ve got a reporter in Epcot today! Walking through Japan – what do you like to check out here? pic.twitter.com/52BktOfVer

We have experienced the same lack of crowds in Downtown Disney at Disneyland Resort as well. We’re not sure why crowds seem so low today, but we’ll be keeping an eye on the situation throughout the holiday season and report back what we find!

PICS and VIDEO! The Walkway Between Magic Kingdom and Disney’s Grand Floridian Resort is OPEN!

Will you be visiting Disney World during the holiday season? Let us know in the comments!