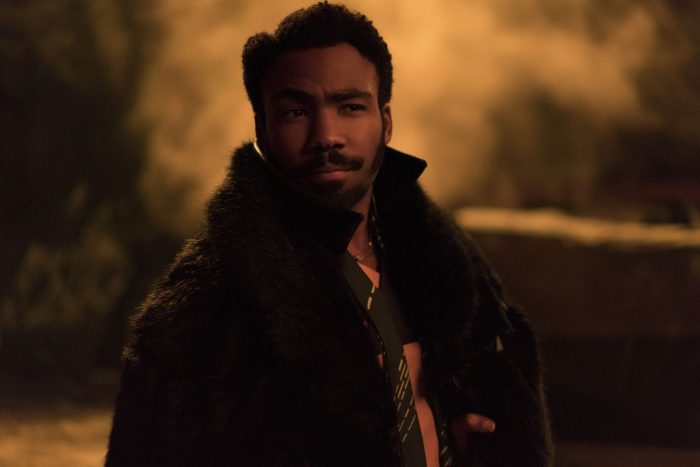 Here are all of the Disney+ spin-off shows that were announced at Disney’s investor day!

When you think “spin-off material” your mind probably doesn’t immediately jump to any 60-year-old films, but Disney is nothing if not innovative. 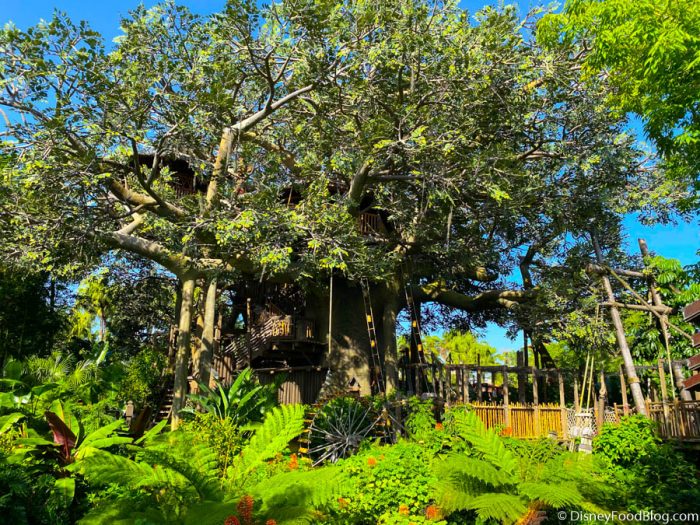 Yup, there creating a spin-off show of Swiss Family Robinson, an old and beloved treasure.

Beauty and the Beast (working title)

If you loved Josh Gad and Luke Evans in the Beauty and the Beast film, then you’re sure to LOVE them as they reprise their roles in this new prequel series. 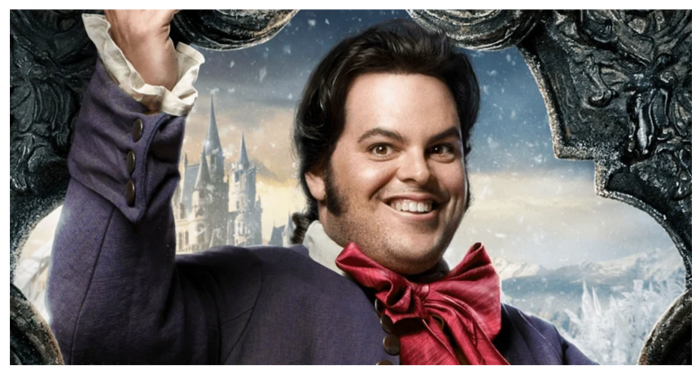 The pair will experience exciting adventures and romances, set to an original soundtrack from Alan Menken!

Read more about the Beauty and the Beast prequel show here!

Percy Jackson and the Olympians

Percy Jackson and the Olympians is a new series in development that will explore the “epic adventures of a modern-day demigod.”

The series is based on the book series from Rick Riordan.

On the Pixar side of things, you’ll spot a short-format spin-off show featuring beloved characters from Up! 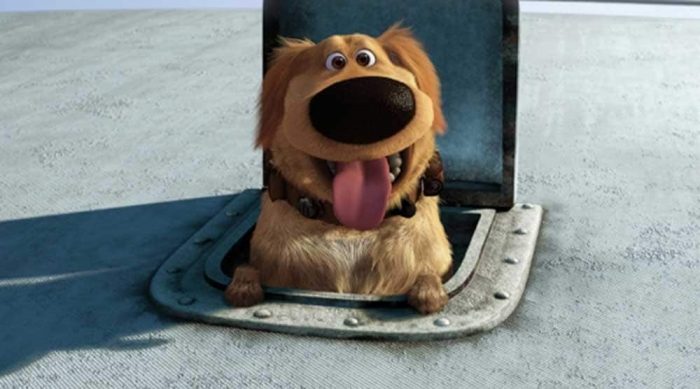 We are VERY onboard to watch Dug deal with life as a talking dog in regular old suburbia. And maybe we’ll get some cute Carl and Russell interactions too.

Speaking of short-form spin-offs, do you ever feel like you could use MORE Mater in your life. We know we do. 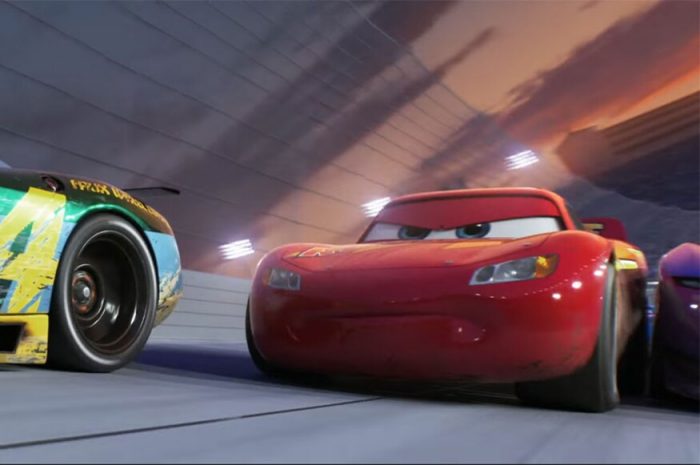 Well, we’re in luck since an episode shorts show is coming featuring none other than Lightning McQueen and Mater on a cross-country road trip.

Click here to learn more about the Cars show!

Princess fans will be delighted to hear that not one but TWO new princess-based musical episodic shows are coming to Disney+ in the future. 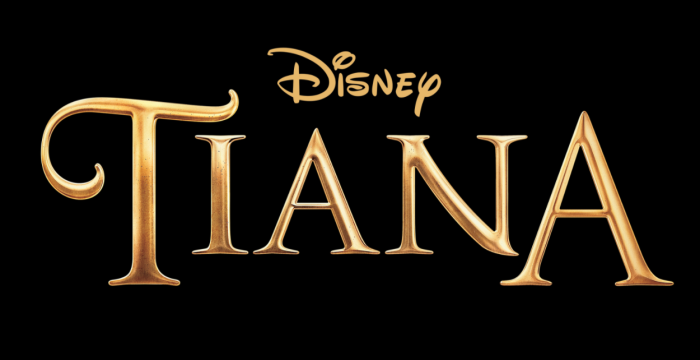 One is based on a certain hard-working princess from down south in Louisiana. It’s Tiana!

Want to learn more about this The Princess and the Frog-based show? Click here!

The other princess-based show is aptly named Moana and features our favorite seafaring gal.

We love the idea of these princess-based series. Anyone remember The Little Mermaid series from the early 2000s? No? Just us?

To see more about what we’ll be watching Moana in, click here!

We couldn’t help but smile watching video of The Happy Ride with Baymax from Tokyo Disneyland, and we have a feeling it’ll be just the same when we watch Walt Disney Animation Studios’ first animated series — Baymax!

The Happy Ride with Baymax at Tokyo Disneyland ©Disney

The show will follow Baymax in some adventures in San Fransokyo as he cares for different patients, is created by Don Hall, and is set to premiere on Disney+ in early 2022.

We’ll finally get to explore some of the fantastic areas of Zootopia and its adorable characters, including Fru Fru (the arctic shrew), Gazelle’s tiger dancers, and Flash (Flash, Flash, Hundred yard dash!) in a new short-form series called Zootopia+. 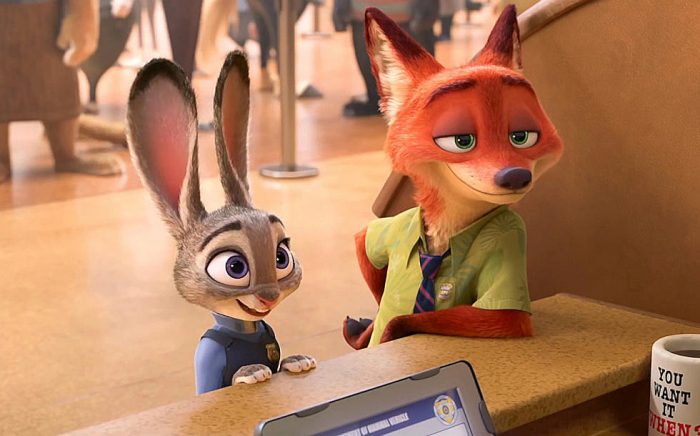 Moving on to the Marvel section, we’ll be seeing an MCU spin-off featuring Nick Fury (played by Samuel L. Jackson) and Talos (played by Ben Mendelsohn) from Captain Marvel. 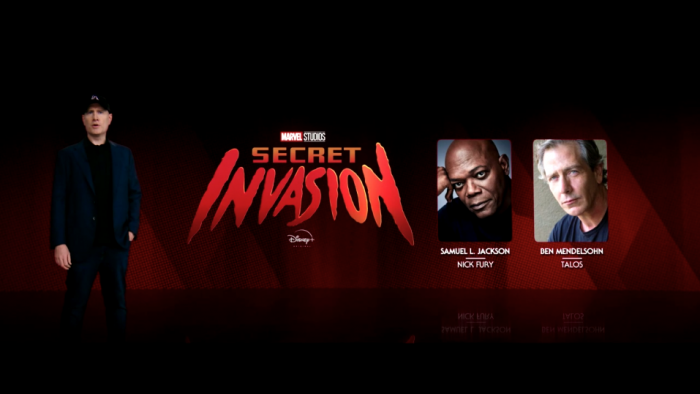 If you don’t hear from us when Secret Invasion comes out, it’s because we’re binging it from our couches.

Ever wondered what would happen if Tony Stark’s worst fears of his tech falling into the wrong hands came true? Armor Wars will show us. 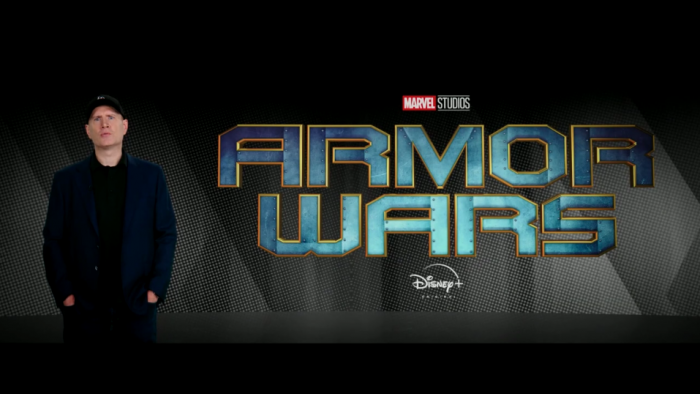 The main feature in this spin-off? None other than Don Cheadle as War Machine.

We didn’t even know we NEEDED a short-format series featuring Baby Groot. 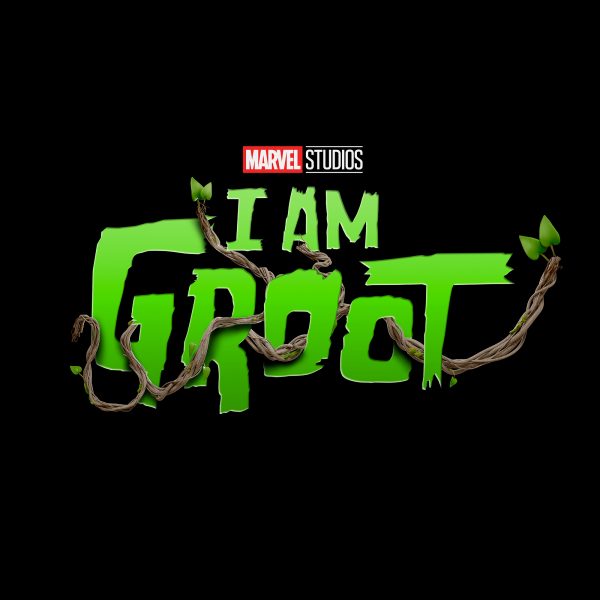 I Am Groot ©Disney

But now that we think about it, is there anything we need more than a short-format series featuring Baby Groot? And I Am Groot is such a fitting name!

Click here to see more Guardians of the Galaxy news!

Lucasfilm is bringing us some spin-offs too; some Star Wars, some not! If you enjoyed Solo: A Star Wars Story, or if you just like Donald Glover, we’ve got good news! 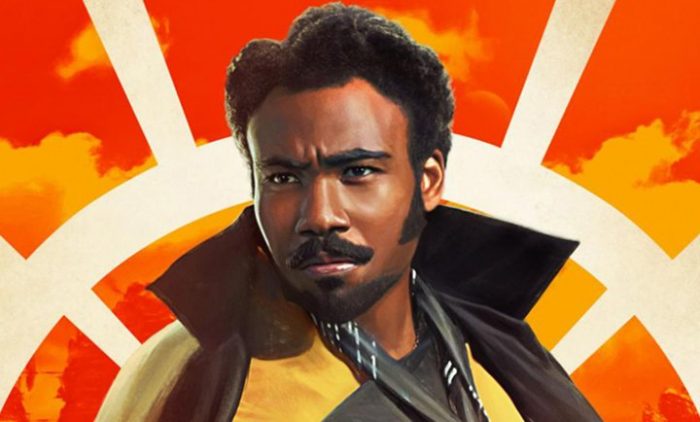 He’ll be reprising his role as Lando Calrissian in a new show, Lando.

Lucasfilm is throwing it back too, remaking the high-fantasy film Willow in series form, with Warwick Davis back in the title role! 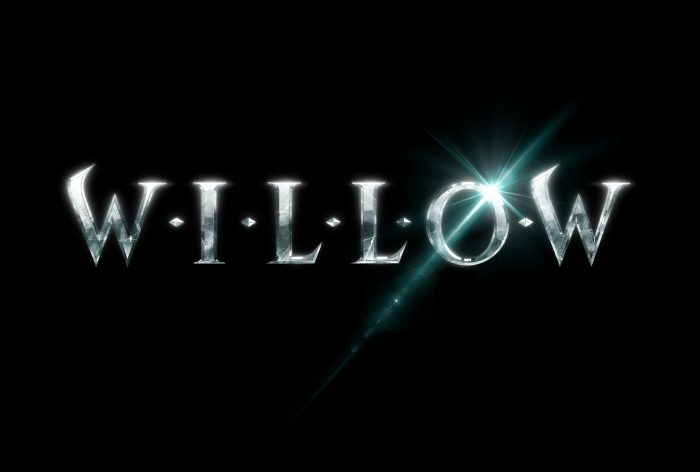 Want to learn more about the Willow series? Click here!

Back on the Star Wars side of things, Rogue One: A Star Wars Story fans will be happy to note that Andor, based on Diego Luna’s Cassian Andor is still coming at us in 2022. 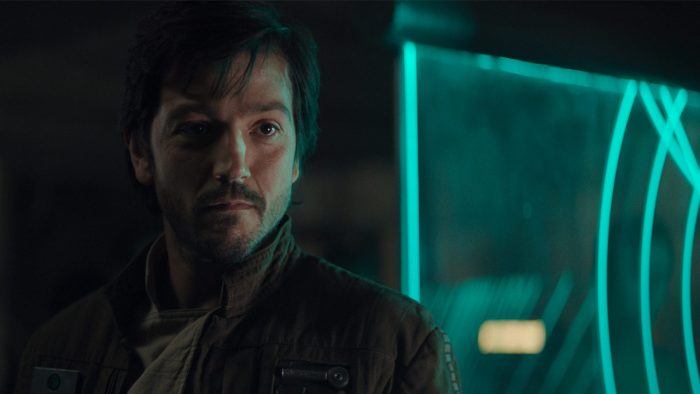 Cassian Andor in Rogue One ©Disney

We can’t WAIT to see this character more developed!

And, we knew it was coming but that doesn’t make us any less excited. We’re getting Obi-Wan Kenobi! 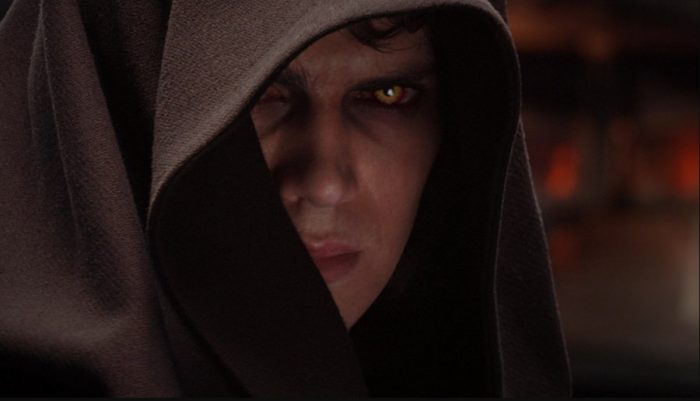 Revenge of the Sith ©Disney

After fans fell in love with her in Star Wars: The Clone Wars, Ahsoka finally made her live-action debut in The Mandalorian and soon will get her very own, limited series! 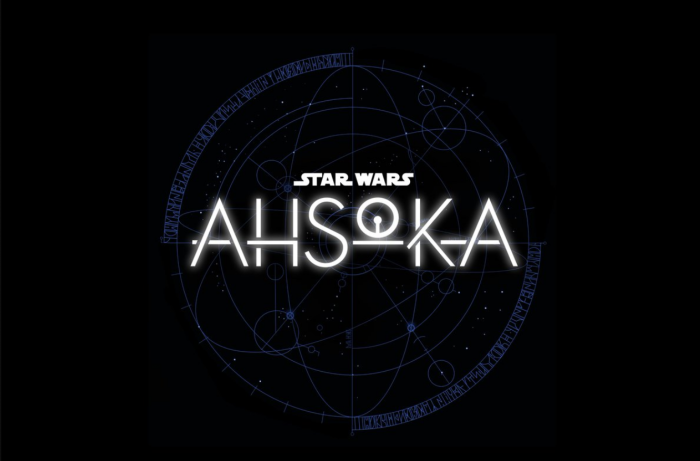 The series will be executive produced by Dave Filoni and Jon Favreau, and will star Rosario Dawson as Ahsoka!

Rangers of the New Republic

But, Ahsoka isn’t the only Mandalorian spin-off we’ll be getting! Rangers of the New Republic is a live-action spin-off series that will be set in the timeline of The Mandalorian and will intersect with future Star Wars stories! 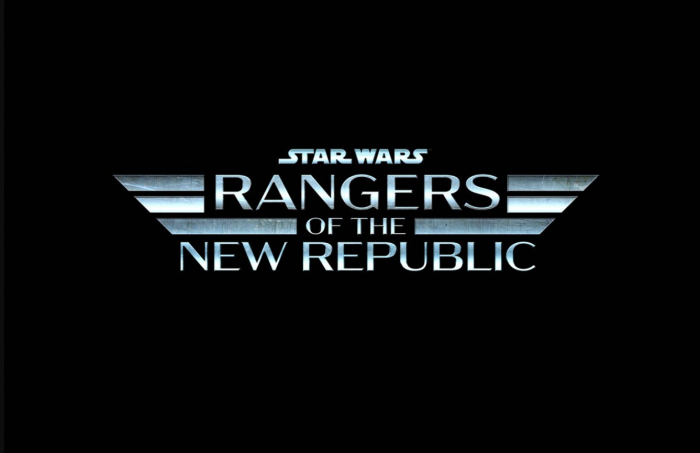 The series is from executive producers Jon Favreau and Dave Filoni and is set to end in a climactic story event.

See more about Rangers of the New Republic here!

Fans of Star Wars: The Clone Wars will be thrilled to know a Clone Wars spinoff titled “The Bad Batch” will be coming soon to Disney+! 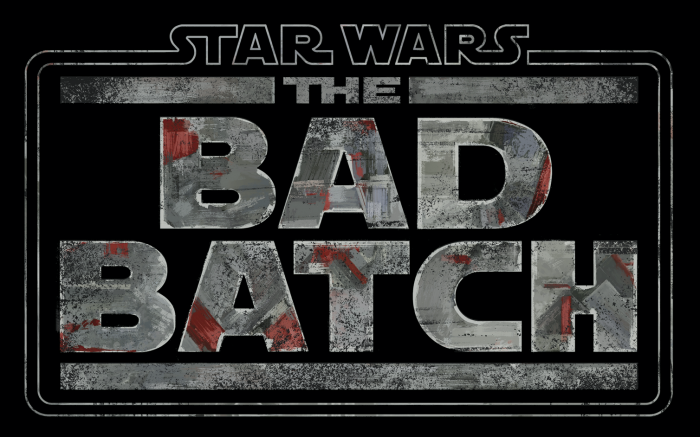 The series follows the elite and experimental clones of the Bad Batch that were first introduced in Clone Wars in the post-Clone War era as they take on daring missions and find new purpose.

Click here to see more about the Bad Batch series!

Ok, so maybe it isn’t EVERY movie ever, but it certainly feels that way! And that’s only a TASTE of all of the content coming from Disney. We covered allllllll the news from Disney’s investor day and we’ll be breaking it down for days to come. Stay tuned for all the updates!

Which of these spin-offs are you most excited about? Tell us in the comments!