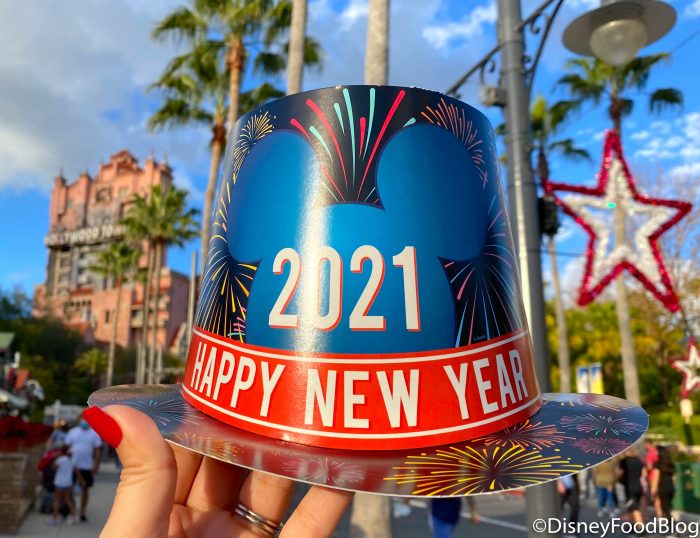 But although 2021 isn’t even one day old at this point, at least one counter service location in Disney World is VERY ready to get a move on into the New Year. We found a Valentine’s Day Cupcake up for grabs — yes, ALREADY! — at Disney’s Grand Floridian Resort!

If you followed along with the Valentine’s sweets and treats last February, you may recall a similarly cute cupcake featured the same adorable white chocolate Mickey and Minnie topper that you’ll find on the new Valentine’s Day Red Hot Cinnamon Cupcake. 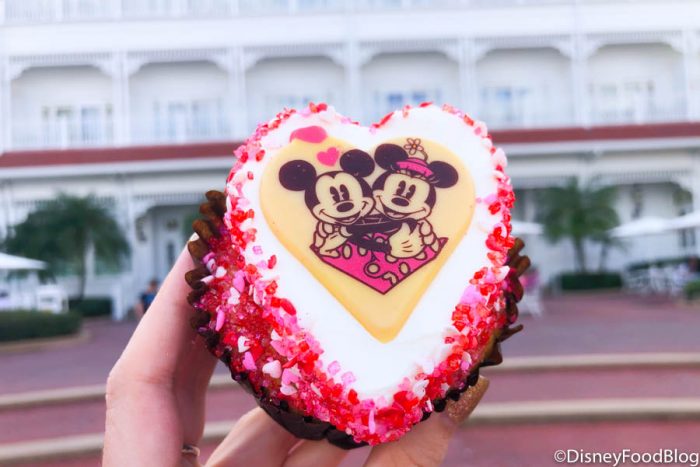 And yet, this one does indeed qualify as “new,” because this year the seasonal snack features a cinnamon sponge cake base filled with red hot (!!) cinnamon mousse. 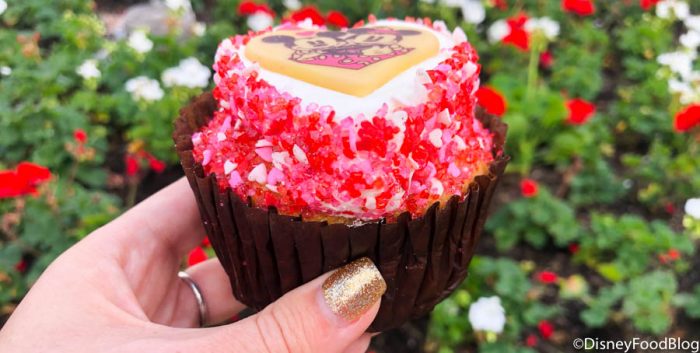 Like last’s year’s Cherry Almond version, though, this one is still topped with vanilla buttercream (presented in a CUTE heart shape this year!). And we still can’t get enough of seeing everyone’s favorite couple on the top! 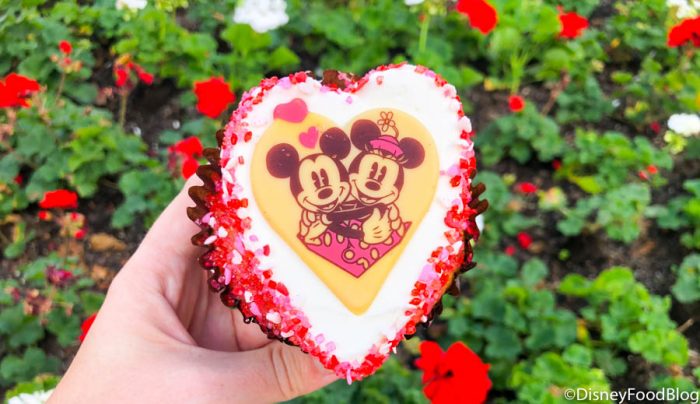 This treat was actually spicy just like a red hot! It wasn’t toooo spicy, but the flavor was still instantly recognizable. It’s VERY unique so if you’re looking for something interesting, this is your treat. Anyone who at least kinda likes red hots will probs like this. Our one complaint was that the cake was a little dry but otherwise, it’s a winner in our book! 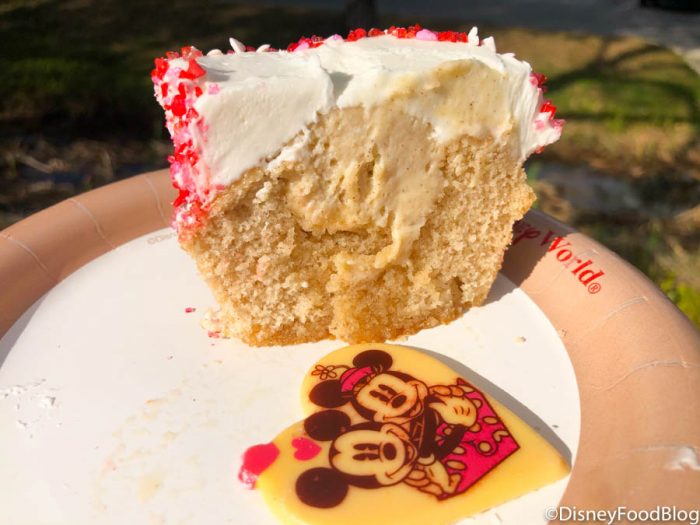 The Valentine’s Day Red Hot Cinnamon Cupcake is $5.99, and available at Gasparilla Island Grill (you’ll spot it on Mobile Order). We’re gonna go out on a limb here and say it should be available at least through February 14th 😉 . But since today’s early debut came as a bit of a surprise, you can bet we’ll be keeping an eye out for whatever is next at the Grand Floridian!

Is a Disney World cupcake in your future this year? Please let us know with a comment!

« What’s New at Disney’s Skyliner Resorts: New Year’s Goodies and Scavenger Hunts!
These Are the Disney Plushes We Never Knew We Needed! »