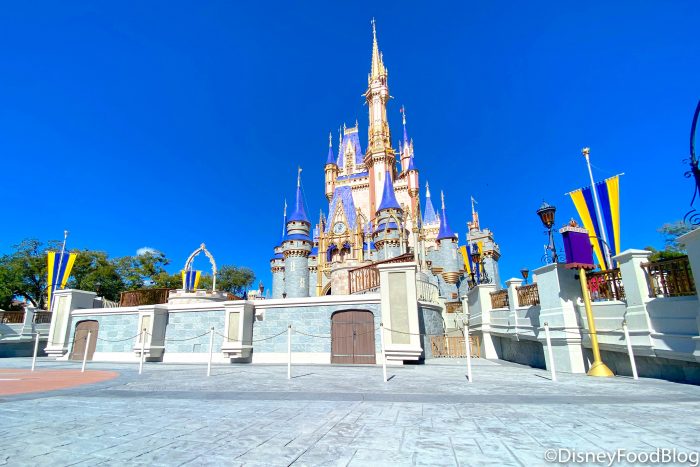 After seeing the parks close down completely and then reopen with new health and safety guidelines in place, we also saw some things at Disney World go away forever. 😢 We’re breaking down everything that went the way of the dodo in 2020!

We spent several years joining the ranks of Agent P to defeat Dr. Doofenshmirtz around EPCOT’s World Showcase, but in February, we had to say goodbye to Agent P’s World Showcase Adventure. The fun interactive scavenger hunt was available through guests’ cell phones and sent guests across World Showcase to find certain items and locations. 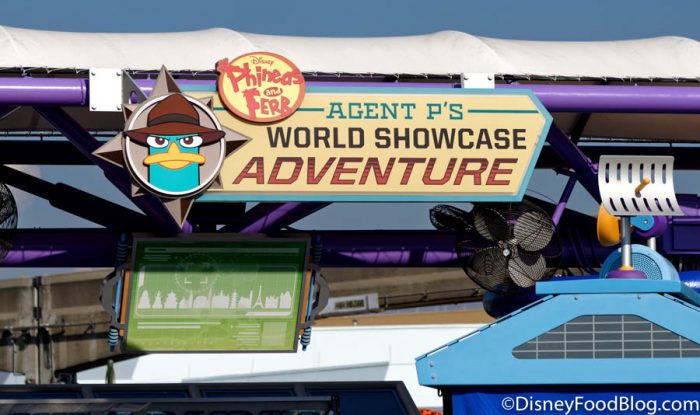 Over at Animal Kingdom, the Primeval Whirl attraction closed its doors forever. This was a spinning “wild mouse” roller coaster similar to ones you can spot at carnivals. This opened in the DinoLand U.S.A. section of the park in 2002. The ride’s story was that guests were traveling back in time to see the meteor that made the dinosaurs go extinct. 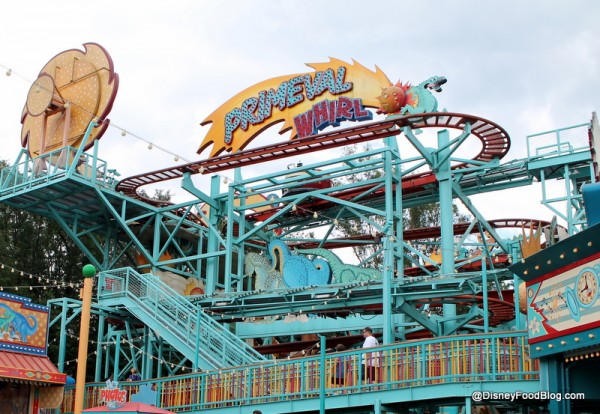 It eventually became a seasonal ride, only operating at peak times like Spring Break, but in 2020, Disney World announced that Primeval Whirl would be going away for good. We eventually saw its vehicles being towed off-property. If guests want a chance to spot that meteor that made the dinosaurs go extinct, guess they’re going to have to stick to riding a Time Rover over on the nearby Dinosaur attraction!

Read more about the closure of Primeval Whirl

Stitch’s Great Escape was the attraction that replaced the more horror-oriented ExtraTERRORestial Alien Encounter at Tomorrowland in Magic Kingdom back in 2004. The premise for both attractions was similar — guests sat in a theatre-in-the-round while an alien (a very Ridley Scott-eque alien in the original and cutesy Stitch in this version) escaped from captors. There were water effects, sounds, and other interactive elements to the show. And if you want three words that made the attraction unpopular with many guests (or popular, depending on who you ask!): chili dog burp. If you know, you know. If you don’t, don’t ask. 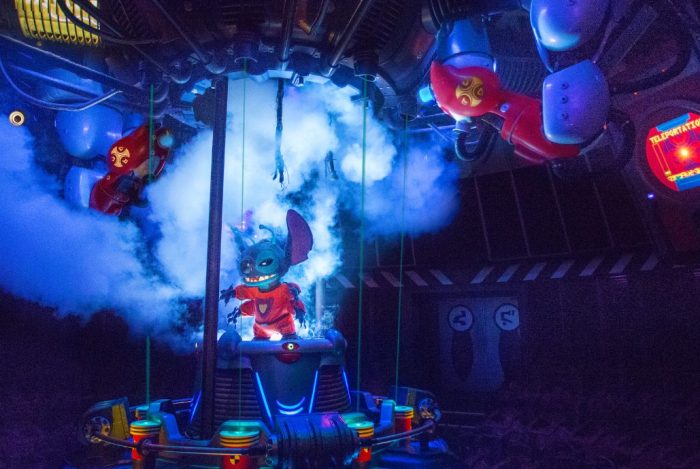 Stitch’s Great Escape was temporarily closed for some time and was switched to the seemingly doomed “seasonal operation” before Disney finally announced it had pulled the plug on the attraction. Before closing, the building was actually used as a Stitch Meet ‘n’ Greet location temporarily.

Learn more about the closure of Stitch’s Great Escape

Rivers of Light was a nighttime show at Animal Kingdom that featured live performers,  water fountains, mist screens, floating lanterns, fire effects, lasers, lights, fog, and more to entertain guests. It was retooled in 2019 into Rivers of Light: We Are One. That show featured more of Disney’s animated characters rather than the more general animal theme it started with. 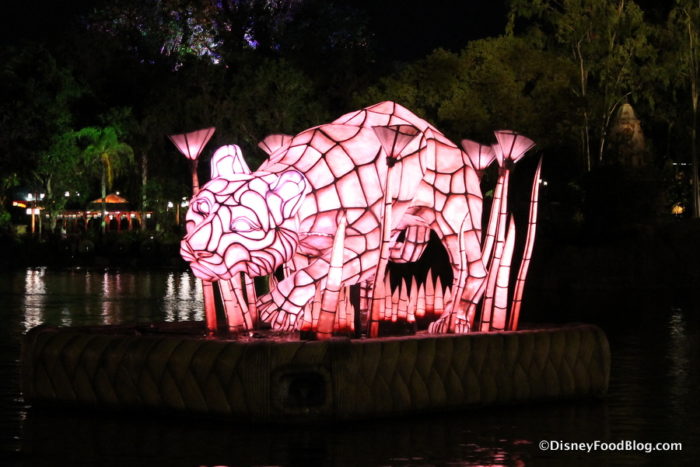 Disney announced the closure of Rivers of Light in July, and being that there is no nighttime entertainment currently going on in Disney World due to the global health crisis, we have no word on if or when it will be replaced with something else.

Learn more about the closure of Rivers of Light

We absolutely loved visiting Ample Hills Creamery on Disney World’s BoardWalk, but the ice cream shop had what we would call a rocky road (gotta love an ice cream pun). After announcing a second shop at Disney Springs, the company filed for bankruptcy and eventually got new owners. 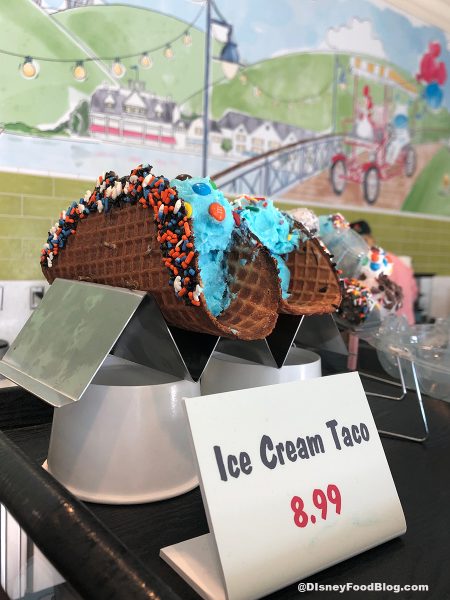 It was later announced that Ample Hills would no longer operate in Disney World. No more of those glorious Ice Cream Tacos for us, and honestly, we’re still a little sad about that!

Wolfgang Puck Express was a great location in Disney Springs to pick up a quick pizza, sandwich, salad, and more. But in early October, we noticed that the signage at the restaurant had been removed, the menus were gone, and the windows had blackout curtains. 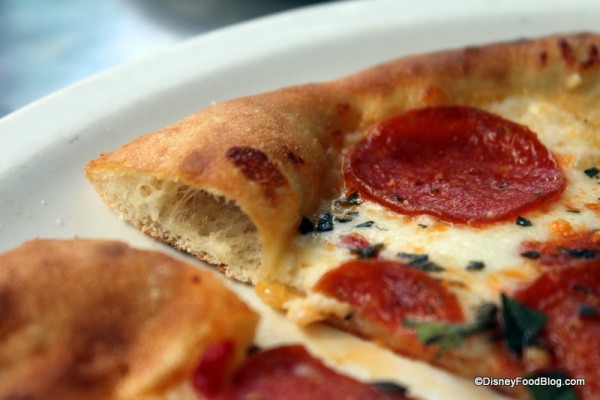 We eventually learned that this dining location had permanently closed. But guests can still visit the Wolfgang Puck Bar & Grill at Disney Springs to taste the celebrity chef’s cuisine.

One of the most iconic features of Disney’s BoardWalk Inn and Villa’s Luna Park Pool is the Keister Coaster, which sends guests down a water slide and through the mouth of a gigantic clown’s face. Now we’re not necessarily afraid of clowns, but we can understand how some guests found the clown a little scary! Just look at it! It had glowy eyes at night! YIKES! 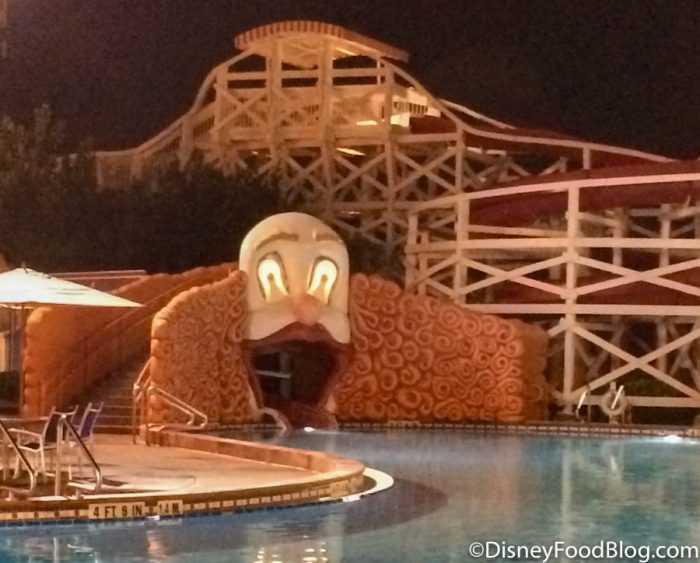 The clown was removed in October, and his creepy visage will no longer watch over guests at the BoardWalk Inn. Instead, the Keister Coaster got a brand new makeover with the much more inviting faces of Mickey, Minnie, and friends. 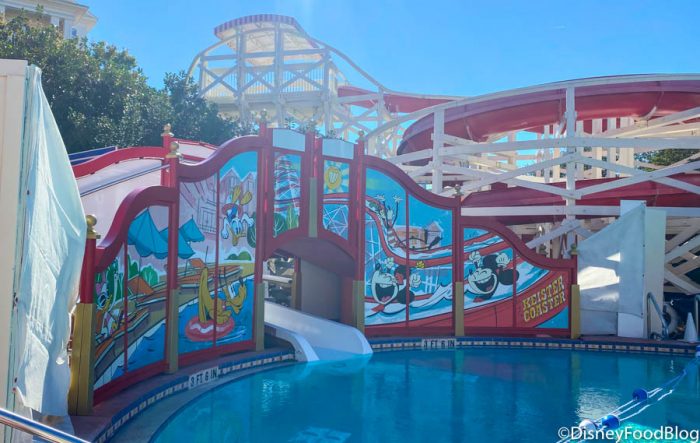 RIP, clown slide. Funny enough, this slide made waves (sorry! 😂) for another reason right before it debuted. Disney shared a photo of the slide under construction which revealed “Keister” was misspelled on the slide! This was quickly fixed and now the slide — correct spelling and all — is open for business.

Just like Walt Disney said of Disneyland, Disney WORLD will never be completed. It will continue to change, evolve, and grow. For every cool new attraction and land, there’s a possibility of losing a show or ride we’ve known and loved. The year 2020 saw a fair bit of loss but there’s a LOT new in the works, too. Check back with DFB and we’ll bring you all the news on the latest happenings in Disney World.

Which Disney thing that’s gone now do you miss the most? Let us know in the comments!