As you can imagine, we have a bit of a tendency to be Dole Whip fanatics. 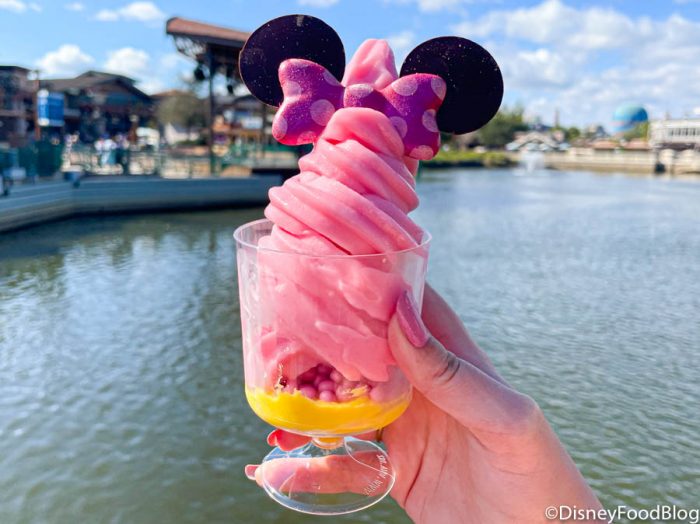 Can you blame us? This delicious, fruity, dairy-free treat is a Disney staple and we love seeing all the new ways it is presented in the parks. Well, we were certainly a little miffed when we found out there was WATERMELON DOLE WHIP that Disney had never shown us — until today that is when we FINALLY got to try it! 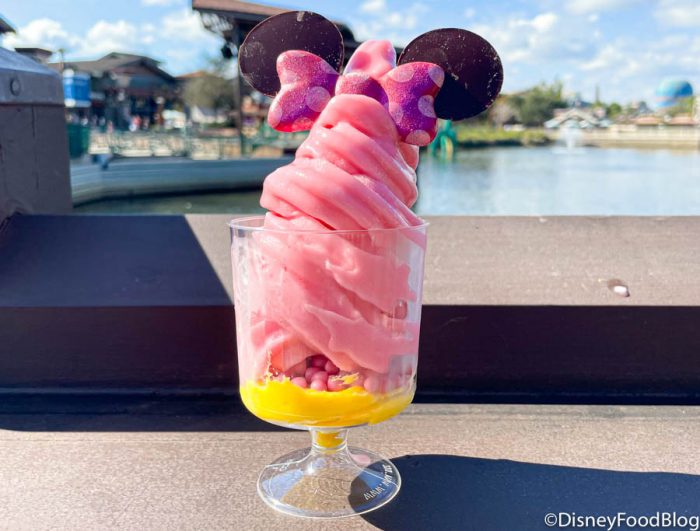 Well, this just might be the most adorable treat we’ve seen all week. The cup features Watermelon Dole Whip with strawberry white chocolate crunch pearls and pineapple mousse topped with chocolate Minnie ears. 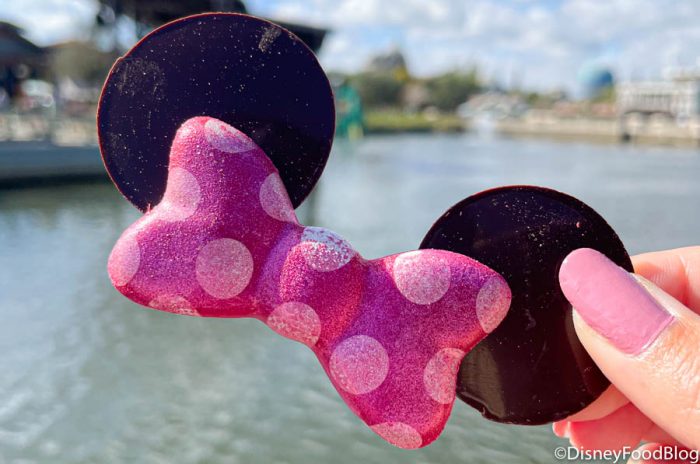 So, was the Watermelon Dole Whip the stuff of our dreams? Or will it end up loooow on our Dole Whip flavor rankings? 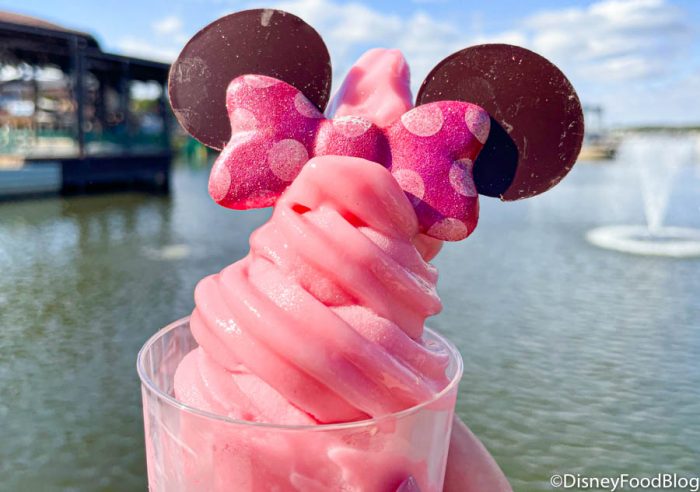 It was pretty good! The texture was refreshing and light just like you’d get from a Pineapple Dole Whip (just with watermelon flavor!). Unfortunately, the watermelon flavor was a little more artificial than we’d hoped.

And it had a bit of an identity crisis. The Dole Whip tasted more like bubblegum than it did watermelon, which was a bit of a bummer since we’ve waited so long to try the watermelon flavor. We were hoping it would pack a bit more of a punch and that it would be more tart. 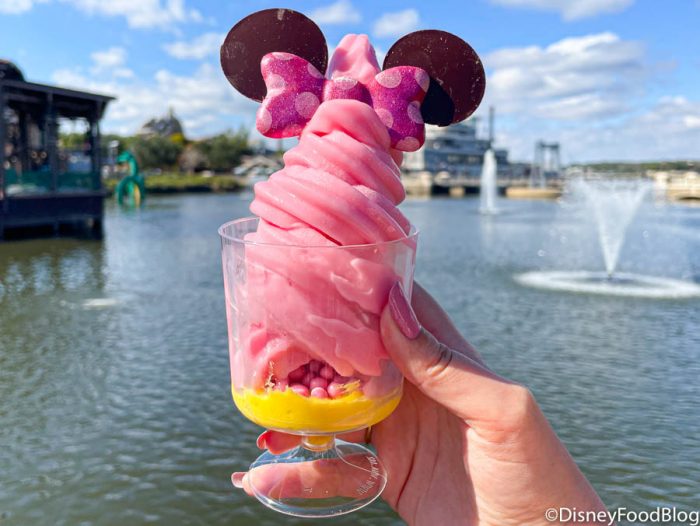 The Pineapple Mousse definitely doesn’t outright taste like pineapple, but the thick texture of it and the crunch of the pearls went really well with the whip. 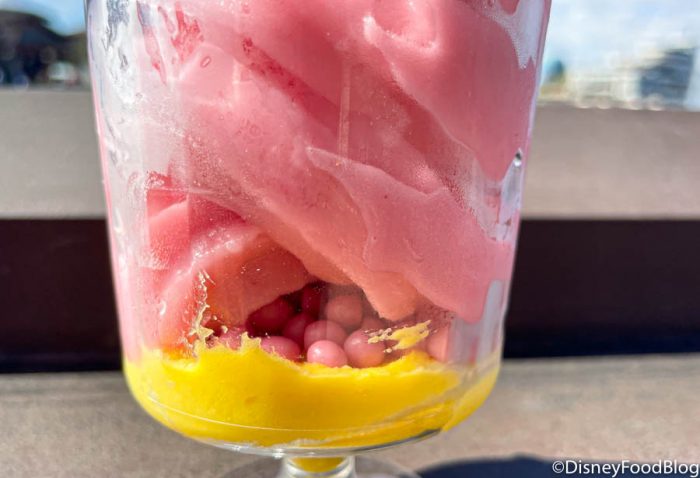 We think most people would like this, but don’t come into it expecting a BIG watermelon flavor. It’s just not there. We do still think it’s a good treat and fun treat to try, especially if you’re like us and hoping to try all the Dole Whip flavors known to man. 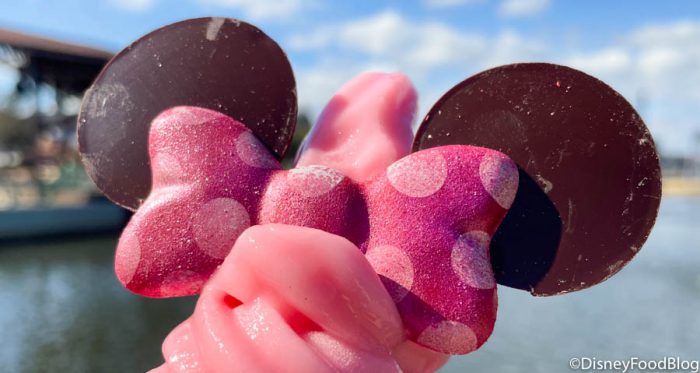 You can find the Minnie Dole Whip Watermelon Cup at Marketplace Snacks in Disney Springs for $5.29, but it won’t be around for long. You’ll need to snag this treat by January 31st! As always, keep an eye on DFB for all the reviews and updates from Disney World!

Will you be trying the Watermelon Dole Whip? Tell us in the comments!