If you’re looking for a more budget-friendly meal, Disney World has plenty of quick service restaurants to choose from! 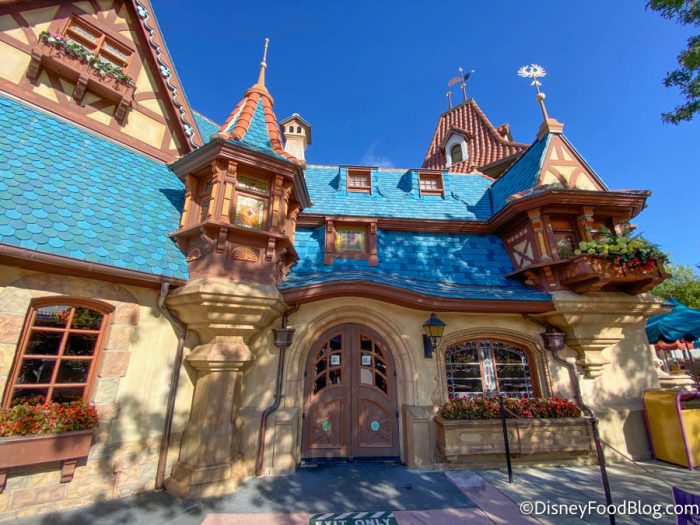 Just recently, we’ve reviewed Pinocchio Village Haus in Magic Kingdom, Woody’s Lunch Box in Hollywood Studios, and Harambe Market in Animal Kingdom. We know how we feel about most Disney dining locations, but we’re curious to hear our readers’ opinions, so we asked: “Are these Disney World quick service restaurants overrated or underrated?” Here are your thoughts!

First up in our poll was the Magic Kingdom classic, Casey’s Corner! This baseball-themed restaurant on the corner of Main Street, U.S.A serves up the American favorite — hot dogs. And it seems like Casey’s is a favorite as well, because 55% of our followers believe that it’s underrated! 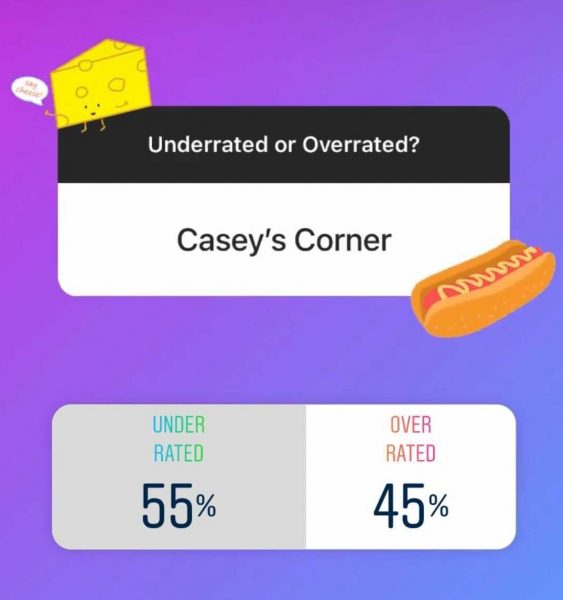 With nearly 17,000 votes total, this was one of our closest races, with about 1600 votes of difference between “overrated” and “underrated.”  This location remains closed in Magic Kingdom, but we will let you know when it reopens!

The main dining establishment on the alien planet of Pandora is Satu’li Canteen, and they serve up some pretty unique meals for a theme park, including customizable bowls and steamed cheeseburger pods. Our readers were big fans of this place, earning nearly 10,000 votes in favor of it being underrated. 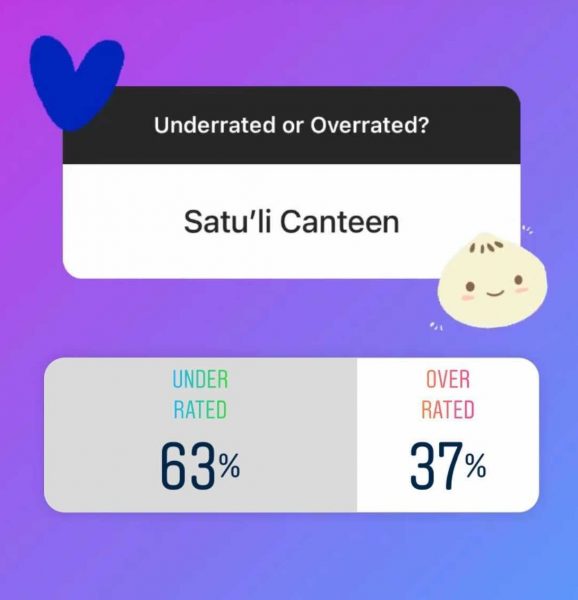 Only 37% of our followers thought this one was overrated, and we’re not surprised. We’ve typically enjoyed our meals here, and usually recommend it!

Another Magic Kingdom classic that made our list was Cosmic Ray’s Starlight Cafe. This restaurant in Tomorrowland provides lots of indoor (and outdoor) seating, along with a funky show performed by the best singer in the galaxy, Sonny Eclipse. 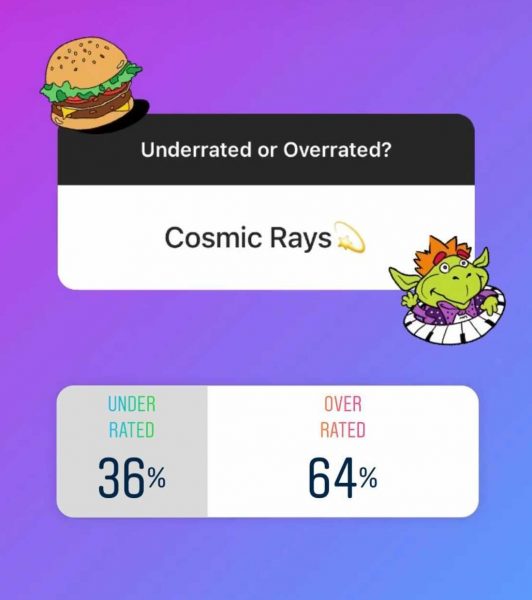 However, most of our readers concurred that this one is overrated. What are your thoughts?

While Columbia Harbour House is currently closed in Magic Kingdom, its legacy lives on through the menu at Tomorrowland Terrace. 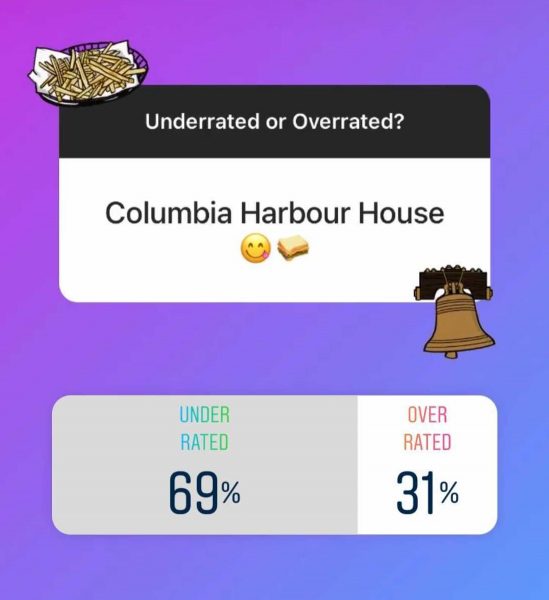 Even in its absence, the restaurant has a strong following, with more than 10,000 of our Instagram followers voting that the Liberty Square staple is underrated. We have to agree with this one, who would’ve thought that theme park seafood could be so good?!

In a very tight race, Woody’s Lunch Box just barely landed in the “underrated” category. We weren’t sure which way this vote would go, as the restaurant has incredible theming, but pretty steep prices for sandwiches and lunchbox foods. 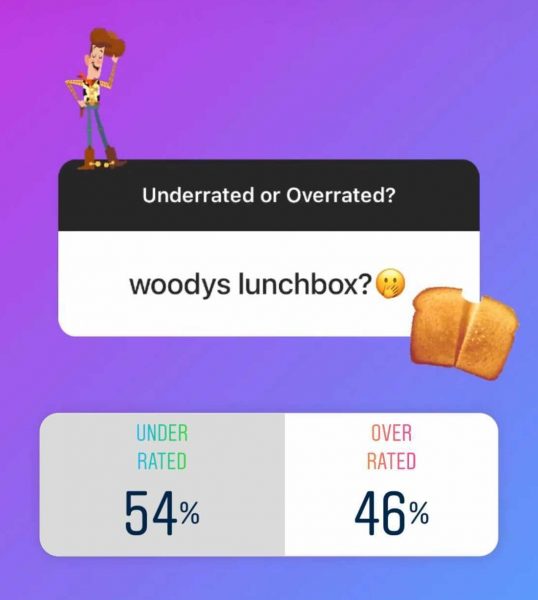 Either way, the restaurant just reopened last month and we still enjoyed our meal here, so maybe the nearly 9000 fans who voted it as underrated were correct! What do you think?

Read Our Most Recent Review of Woody’s Lunch Box Here!

We’ve believed for a while that this quick service spot in Liberty Square can be pretty underrated at times, and our readers seem to agree! 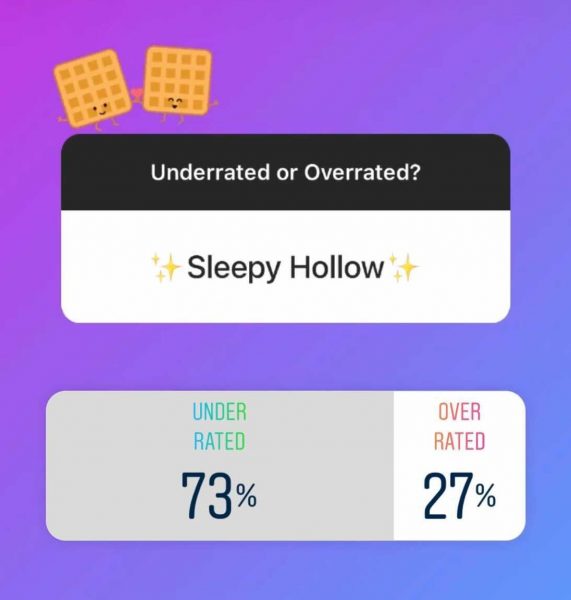 With over 11,000 votes, 73% of our followers showed their love for the place where you can find Mickey waffles, hand-dipped corn dogs, and the Fresh Fruit Waffle Sandwich (with Nutella).

Get all the hand-dipped corn dog deets here!

While Star Wars: Galaxy’s Edge is known for its excellent theming, it seems that the newest Disney World land isn’t exactly popular for its food. 58% of our followers believed that Docking Bay 7 is pretty overrated! 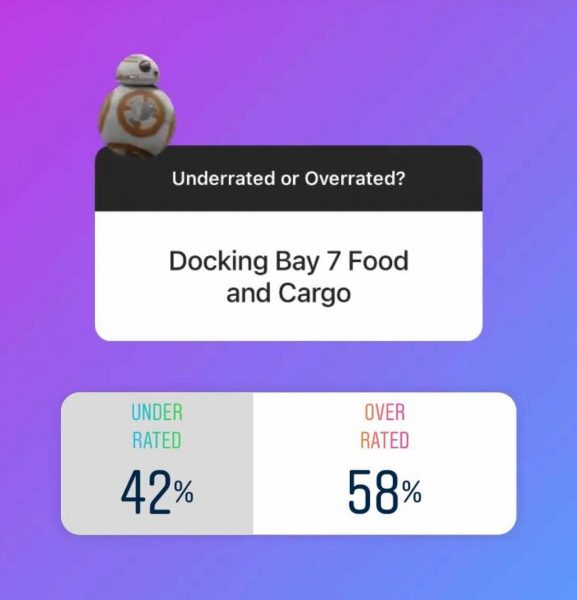 Not as many of our readers voted in this poll, but out of the 14,000 respondents, the answer was pretty clear.

Disney is not often praised for its quick service pizza, but it seems that the opinion isn’t as heavily against as we previously thought. Pinocchio Village Haus in Magic Kingdom had a close race, with 45% of readers voting “underrated” and 55% voting “overrated.” 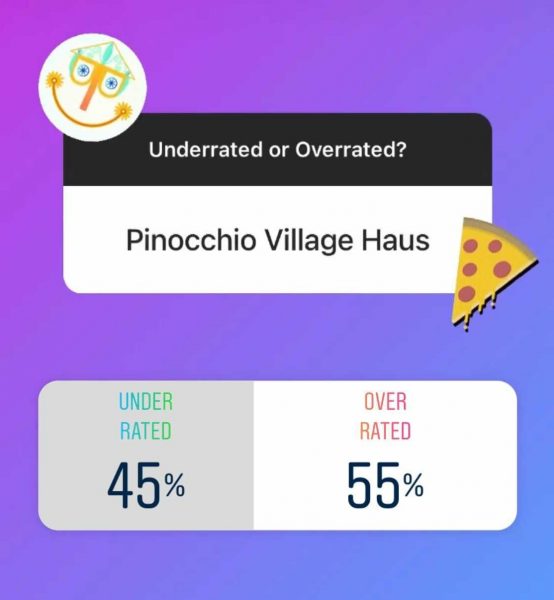 Even if you’re not a fan of the food, this dining location does have an adorable upside. Some of the tables have a window view looking out over “it’s a small world,”  and it can be a lot of fun for little ones to wave at the boats going by!

If you’re looking for slightly healthier options, or (at this point) just a quick service restaurant in Future World at EPCOT, then Sunshine Seasons is your place! 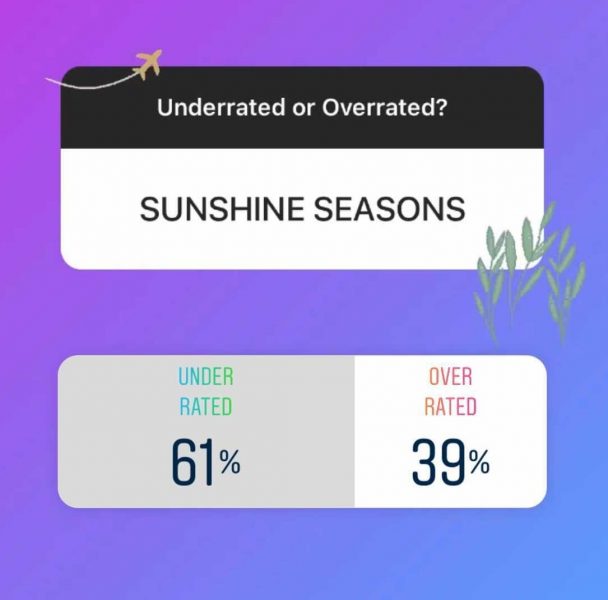 People tend to forget about this spot since there are so many incredible dining option in World Showcase, and maybe that’s why 61% of our readers called it underrated! If you’re sleeping on this one, maybe give it a try, because more than 8500 people are fans.

Check out the LONG line that formed outside of The Land last month!

The last restaurant on our list is Flame Tree Barbecue, another delicious location in Animal Kingdom. Many of our followers agreed with that statement, as nearly 11,000 people love them some barbecue! 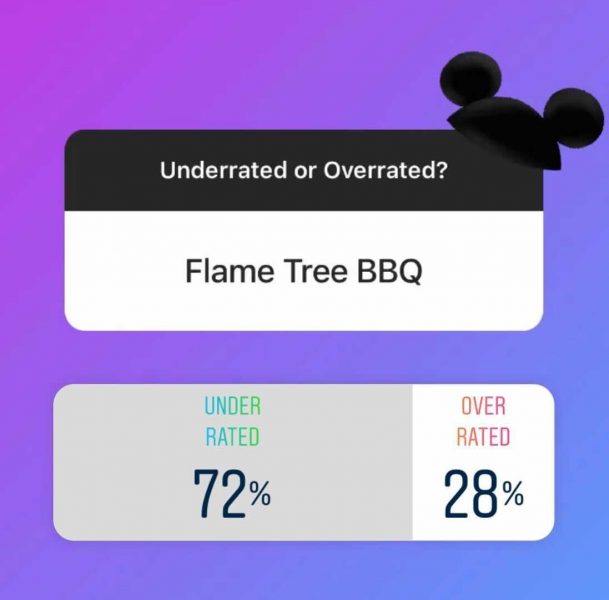 With 72% of the vote, this one was pretty clearly underrated, and we agree. Excuse us while we go and stuff our faces with Pulled Pork Mac and Cheese!

That’s all for our votes on overrated and underrated Disney World quick service restaurants. Do you agree with the results? Stay tuned to DFB for more Disney restaurant news and reviews!

Find out the BEST places to eat in Disney World WITHOUT a park ticket here.

Which of the restaurants on this list is the best? Give us your opinion in the comments!

« Biggest Changes in Disney World Since The Reopening (And What They Mean For Your Trip)
DFB Video: Disney World Restaurant Secrets No One Tells You »