As much as we love the food and the resorts and the characters and the festivals, if there is one thing Disney World is ALL about at the end of the day: RIDES! 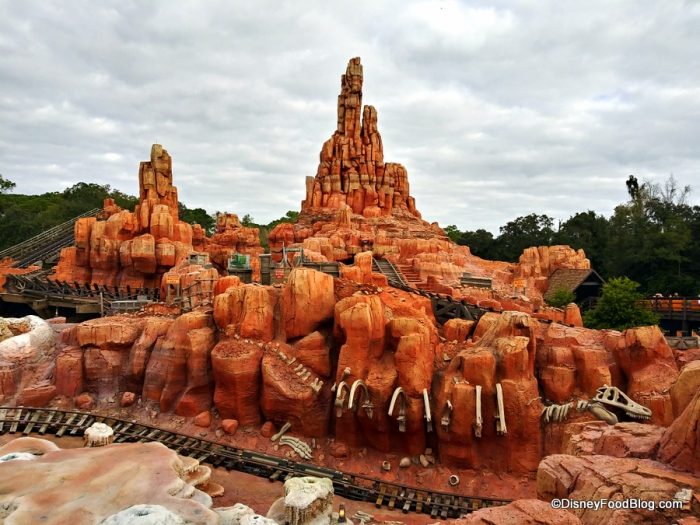 Let’s take a walk down Main Street, U.S.A., shall we? And, oh look! There are some princesses in a cavalcade!

Time-lapse of the Disney Princesses walking down Main Street (except Rapunzel and Tiana!) pic.twitter.com/CyncvKGUvl

But, how about some RIDES?! Maybe a little Pirates of the Caribbean. We’re always fond of Redd auctioning off all the RUM!

What’s your favorite part of the Pirates ride? pic.twitter.com/DKDMbGmiZZ

Also over in Adventureland, you can soar on a Magic Carpet just like Aladdin and Jasmine on The Magic Carpets of Aladdin!

Ride The Magic Carpets of Aladdin with us! pic.twitter.com/R2qj7OBltW

Ride the Jingle Cruise with us! 🎅🏼 pic.twitter.com/7GvuvKVcCf

Now, let’s wander over to Frontierland for the WILDEST RIDE IN THE WILDERNESS: Big Thunder Mountain Railroad!

Is it hot outside? Just imagine being cooled off after a trip on Splash Mountain!

And HERE WE GOOOOO over to Fantasyland for some time on Peter Pan’s Flight!

From the sky to UNDER THE SEA on Journey of the Little Mermaid!

Ride Under the Sea ~ Journey of The Little Mermaid 🧜‍♀️ with us! pic.twitter.com/GLe6SwtWBQ

And while we’re in Fantasyland, let’s take in the Tangled Bathrooms area! Sure, it’s not a ride, but it IS spectacularly themed!

May as well go for a lil’ spin on Mad Tea Party, too!

If that isn’t relaxing enough for you, how about a spin on The Liberty Belle around the Rivers of America?

Over in Tomorrowland, you can enjoy a nice, restful break while taking in a true Disney World classic when you stop over at the Carousel of Progress!

Time to head to the Experimental Prototype Community of Tomorrow! First thing’s first, we gotta hop on the Skyliner to soar above Disney World on our way to the park.

Ride the Skyliner with us real quick! 😉 pic.twitter.com/aT1P15ojpC

Scanning into EPCOT is SO magical!

No visit to EPCOT is complete without a trip on Spaceship Earth!

Mission Space is one of those love-it-or-hate-it rides. Can you brave joining us on the ORANGE mission?

And no time in Future World is complete without going 65 on Test Track! And who doesn’t love a ride on Soarin‘?! Spot that hidden Mickey at the end! Need a break to rest your weary feet? Nothing beats Living With the Land!

Come ride (a time-lapsed) Living with the Land with us! pic.twitter.com/9WggCORSdG

World Showcase doesn’t have a TON of rides, but Frozen Ever After is a must-do.

Time to park hop again… to the Skyliner once more!

Have you been on the Skyliner yet? pic.twitter.com/mZGmX5jorB

On to the next park!

This is a fantastical day, because you can experience Rise of the Resistance with us!

Of you can kick it old school on Star Tours! Will we be the REBEL SPY?! If Star Wars isn’t your thing, you can always try and get the day’s high score on Toy Story Mania!

Or you can get SPRINGY on Slinky Dog Dash!

Once you master that coaster, kick the thrills up a notch on The Twilight Zone Tower of Terror! If you just want to kick back and relax with some classic Disney characters, check out Mickey & Minnie’s Runaway Railway!

Or we can go to ANOTHER park for a coaster…

And then, we can slow things down ALL the way across the park on Navi River Journey. And then we can fly on the back of a mighty Ikran on Flight of Passage. Sivako! Let’s not forget how SOAKED you get on Kali River Rapids! It MAY just be time for us to dry off. Phew! Thanks so much for riding along on all these Disney World attractions with us, and if you want MORE POVs like these, be sure to give us a like on Facebook and check us out on Twitter!

What’s your all-time favorite ride at Walt Disney World? Let us know in the comments!

« We’d Be Shocked if You Knew All 25 of These Hidden Secrets in EPCOT!
Staying at Disney’s Aulani Soon? Here’s a NEW Character You’ll See! »