Considering Florida’s nickname is the “Sunshine State,” you might assume that the weather at Disney World is constantly sunny, perfect, and warm…but you’d be mistaken! 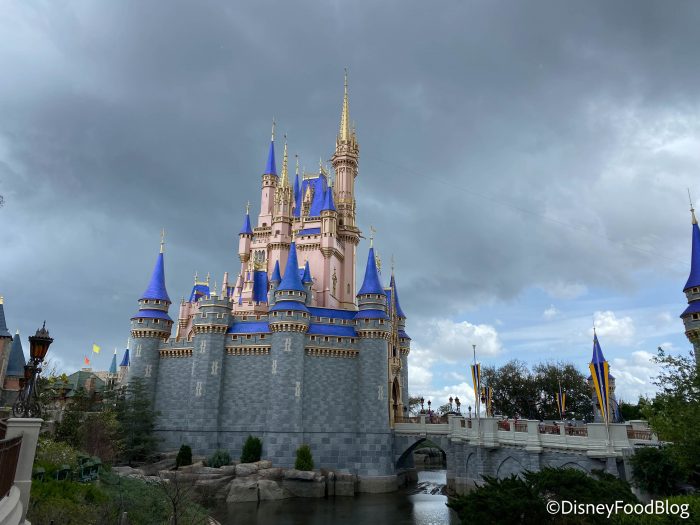 Even outside of hurricane season, the weather at Disney World is notoriously unpredictable, and at times SEVERE. Such was the case today, when an actual “Severe Weather Warning” was issued for the area. And in case you were wondering what a day like that looks like at Disney, we have the videos and photos from Magic Kingdom to show you!

While we always do our best to report weather news, and share tips for how to survive rainy days in the parks, it’s always possible to get caught TOTALLY off guard. Big storms can sometimes happen unexpectedly, and when they’re especially serious, you might receive a “Severe Weather Warning” alert on your phone like we did today! 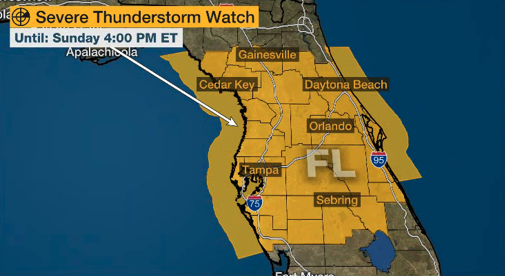 After a few drops started falling, the floodgates quickly opened and it became a full-blown torrential downpour in Magic Kingdom. 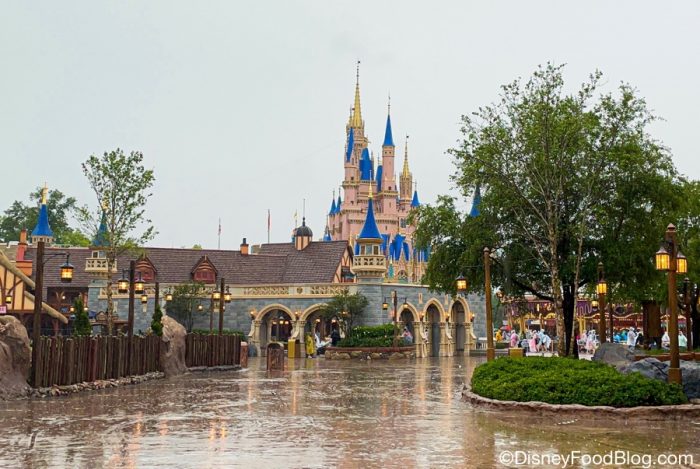 Tomorrowland looked awfully ominous, and eerily deserted! You can see how hard that rain is pounding down. 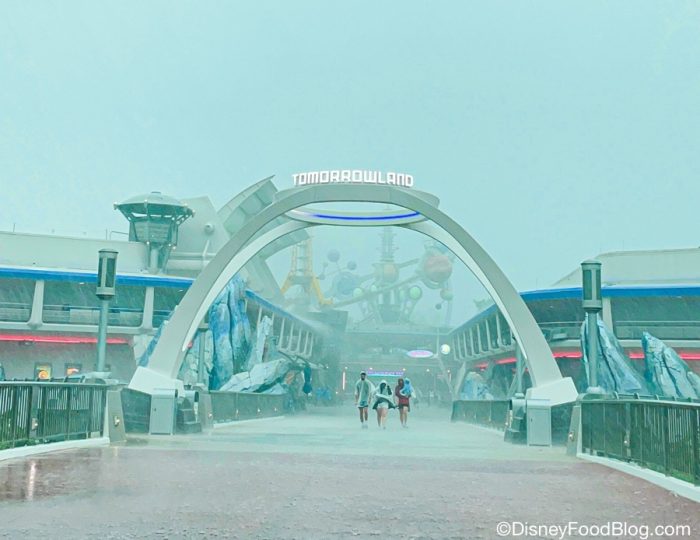 Walk with us to Tomorrowland! pic.twitter.com/05d4Ok5qS7

People were quickly seeking shelter wherever they could find it! Areas like shops and restaurants are good ways to escape the downpour, but be prepared to find big crowds there too. 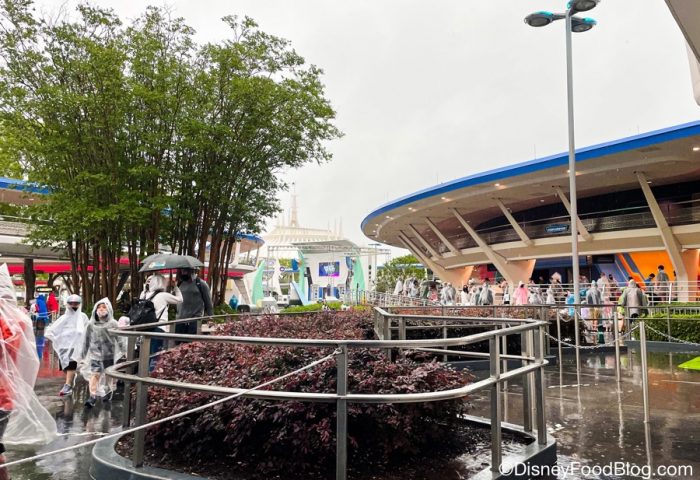 Hiding from the rain

The Lunching Pad, with its convenient overhang, suddenly became quite the hot spot! 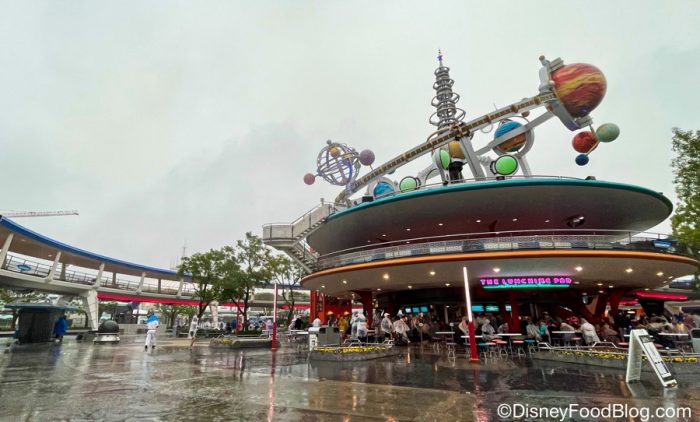 Kiosks were closed to shield themselves from the elements! 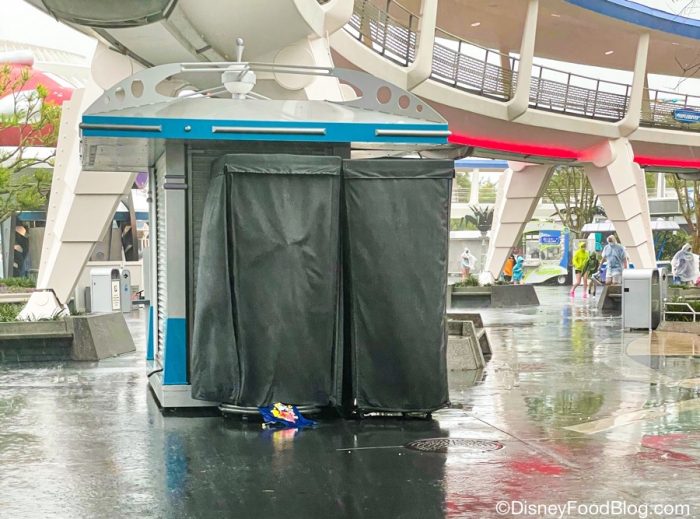 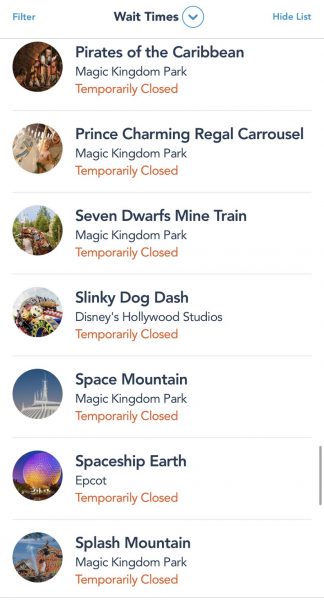 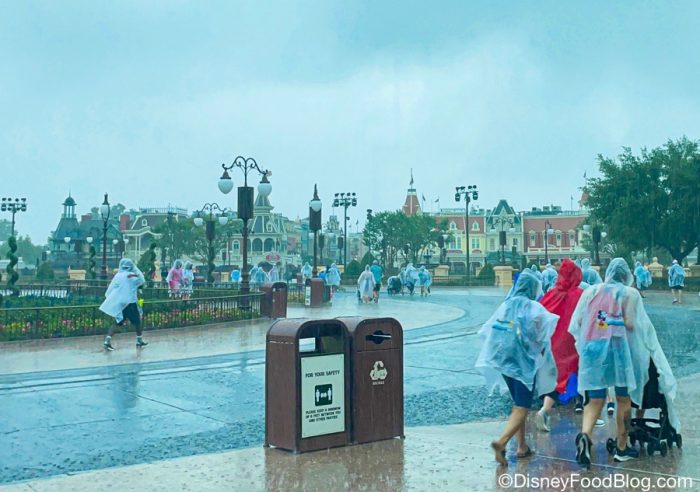 The inside of Cinderella Castle was EASILY the most crowded spot — wonder why! 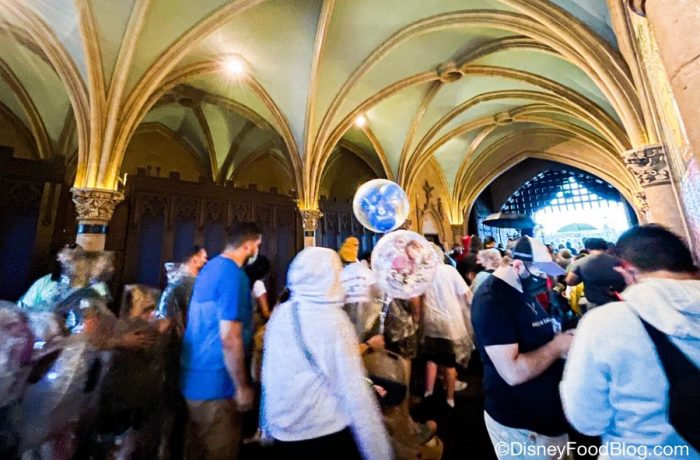 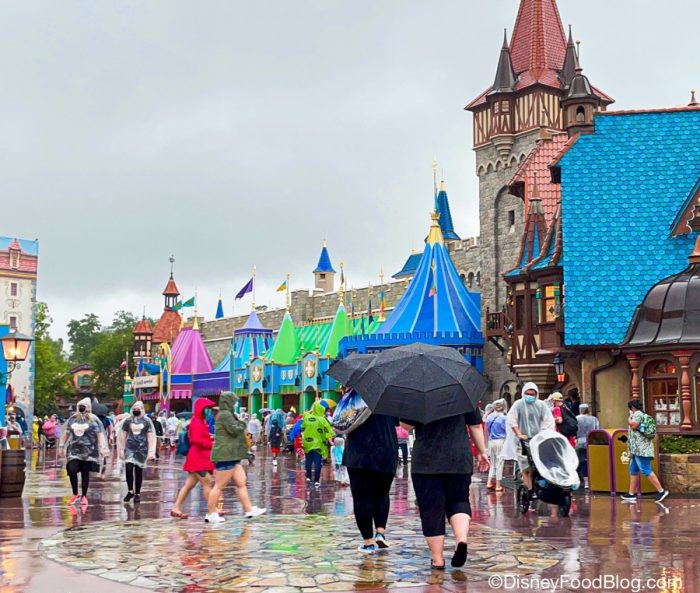 But no matter the weather, the castle NEVER ceases to stop us in our tracks! Even if that means our shoes are filling up with water. However, if you don’t want all of your footsteps to squish along with you, consider keeping another pair of shoes in your park bag that can get wet during days it’s expected to storm. 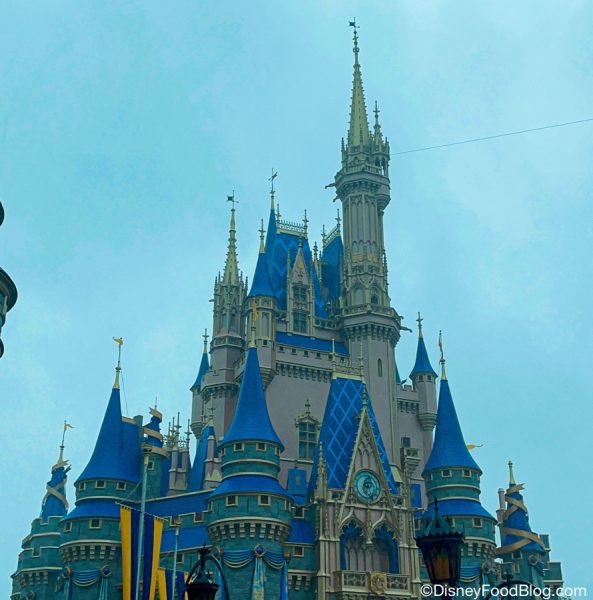 As we get closer and closer to summer, many more thunderstorms will be coming our way.

We also spotted the temporary closure of Blizzard Beach water park as a result of the weather. Later on in the afternoon, a Cast Member confirmed that it had reopened. 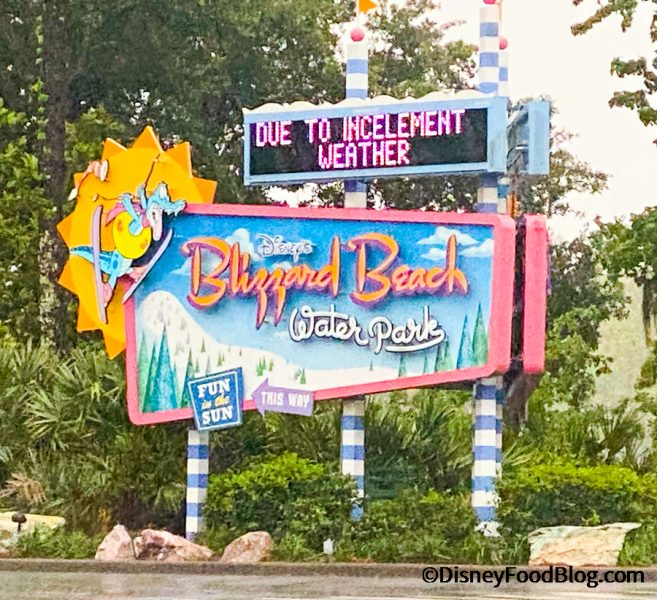 Blizzard Beach on a stormy day

So, our shoes feel like water balloons, and many of the kiosks and attractions were inaccessible due to the rain, but that’s what you can expect from a severe weather day in Disney World. Check back with us for more updates from Disney World.

How to Socially Distance in a Disney World Downpour!

What are YOUR pro tips for surviving severe weather in Disney World? Let us know in the comments!