We made it! We are here at Disneyland’s reopening day, and we’re taking you with us! 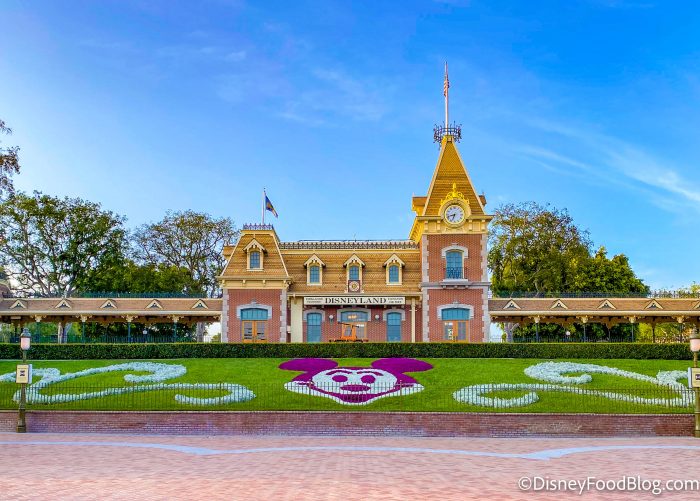 With park reservations almost completely sold out, we were prepared for quite a big crowd of fellow Disney fans today as we made our way around. We’ve had almost a year to experience the Disney World parks with capacity restrictions, social distancing, and other health and safety measures in place, so we were curious how that would translate to Disneyland. And now, we’re taking a look!

When we arrived at the Mickey and Friends Parking Structure, we found that cars were parked one next to the other, instead of with spaces in between like we’ve seen elsewhere. 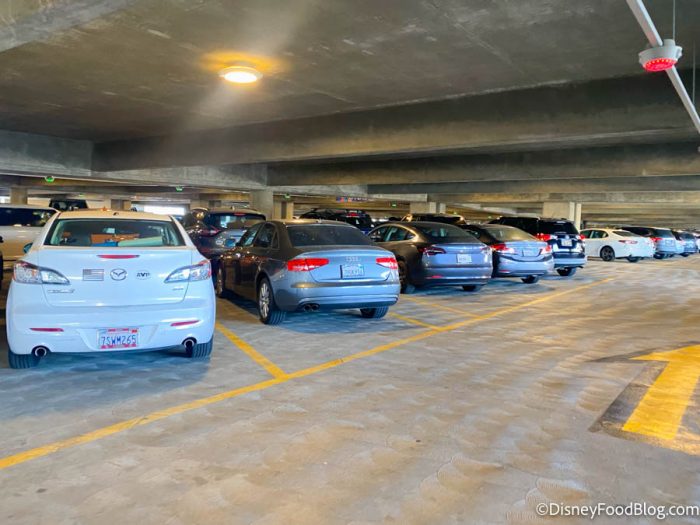 But even with all the cars, there was no line at security or temperature check. We were through in no time! 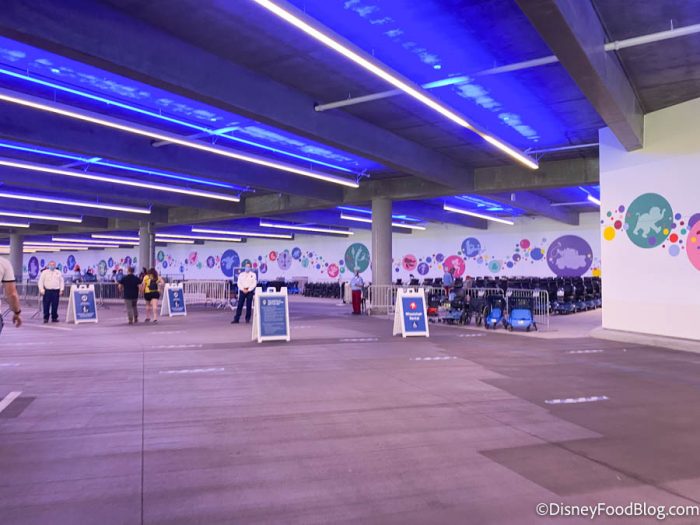 We found the crowds on our way from the parking structure to the park, where 2 lines stretched down the entire tram route. However, they moved pretty quickly, and we were through in just 30 minutes. 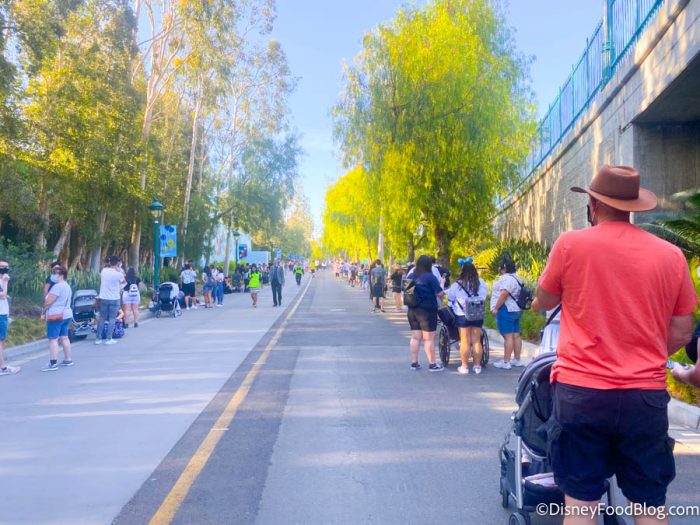 The crowds on Main Street, U.S.A. didn’t feel too heavy, as people meandered into the park. 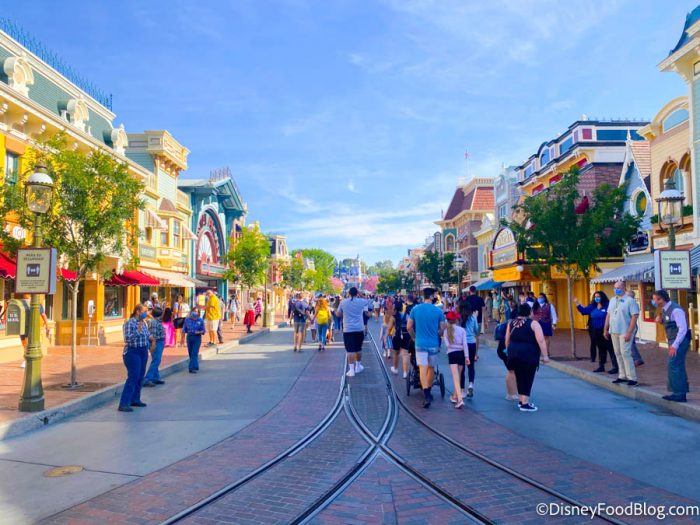 The area around Sleeping Beauty Castle had some congestion, though! We’re guessin’ everyone wanted to snap a picture again. 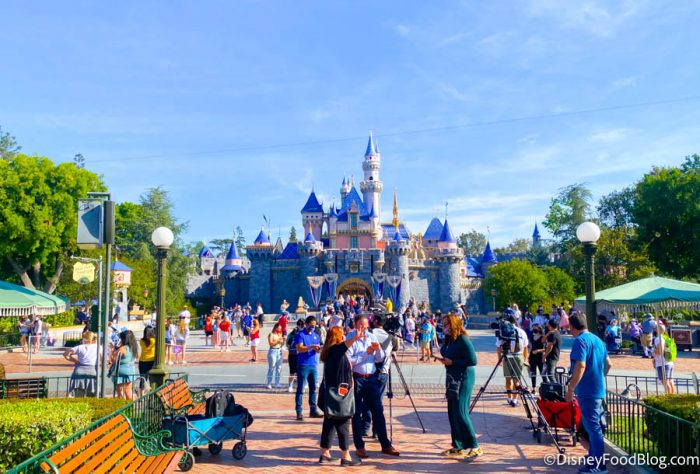 In Fantasyland, crowds were pretty mild… 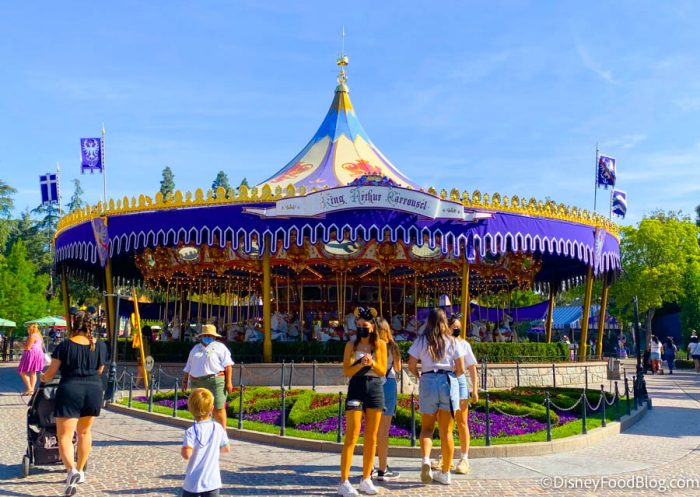 …while Galaxy’s Edge was practically EMPTY. Keep in mind that we passed through shortly after 9AM, so many people hadn’t made their way into this area of the park just yet. 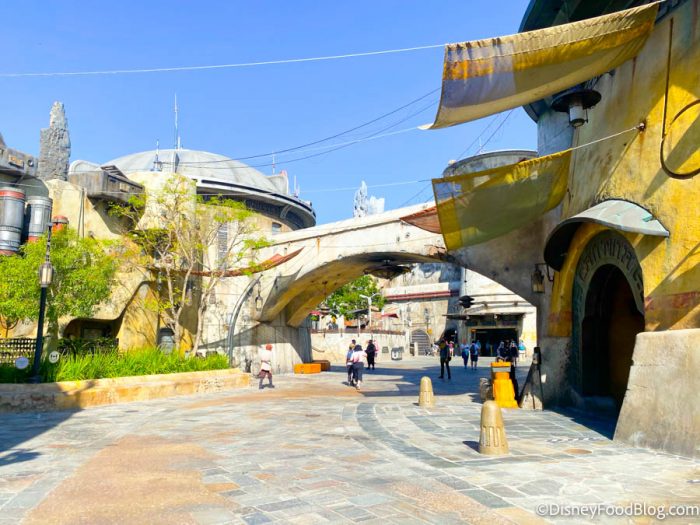 Over in New Orleans Square, there was a fair amount of traffic… 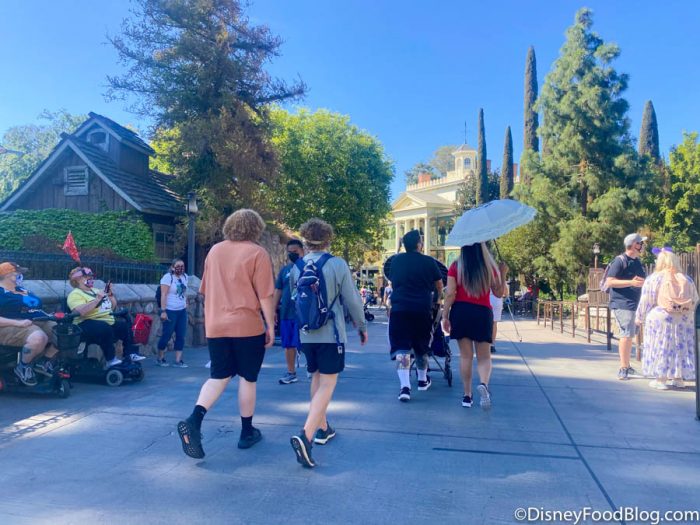 …with more crowding around the Haunted Mansion. In general, we did notice most pockets of congestion were near ride entrances and exits. 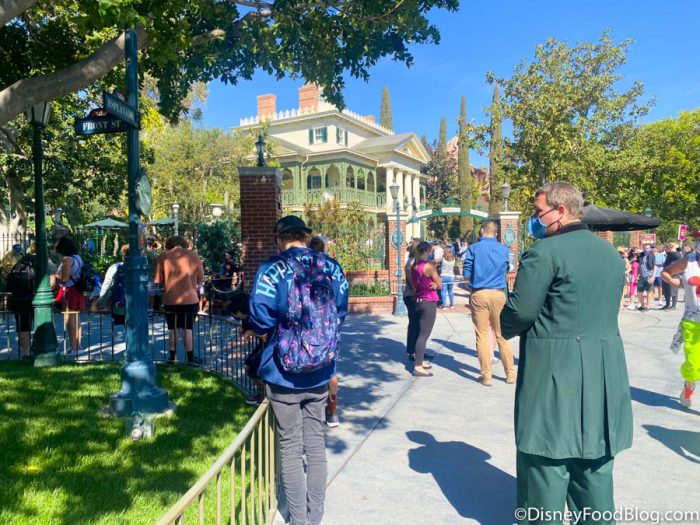 However, the lines themselves seemed pretty well-spaced, with social distancing in place. 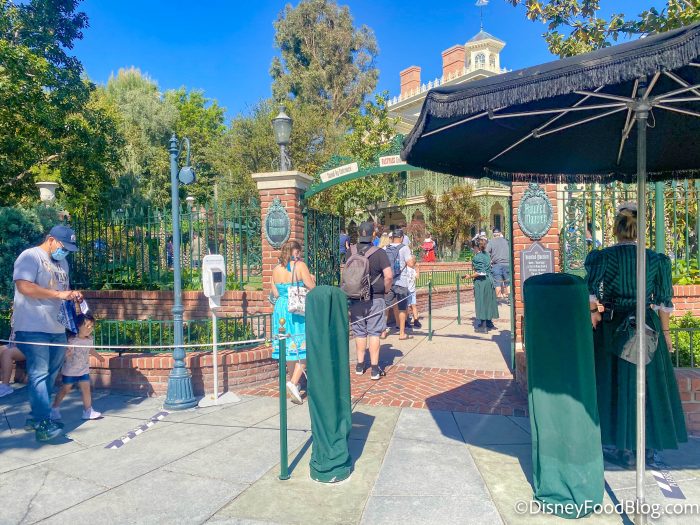 And in Adventureland, there were plenty of people, as the Jungle Cruise queue was being used as an extended line for Indiana Jones Adventure. 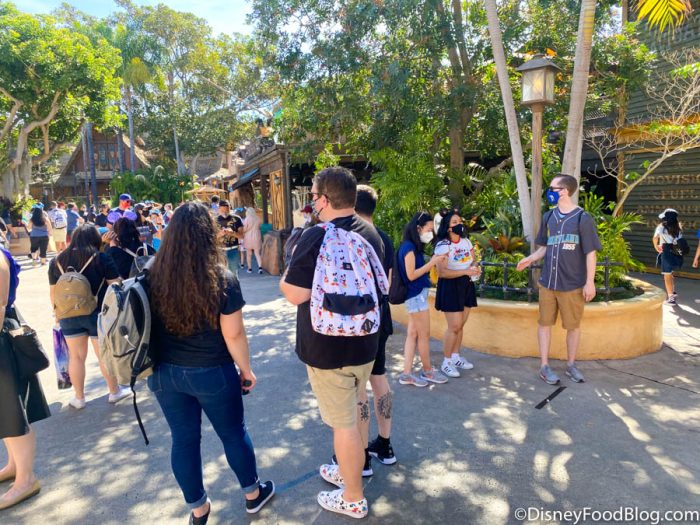 We were back near the Hub at around 10AM, where the first rush of people had already cleared out. 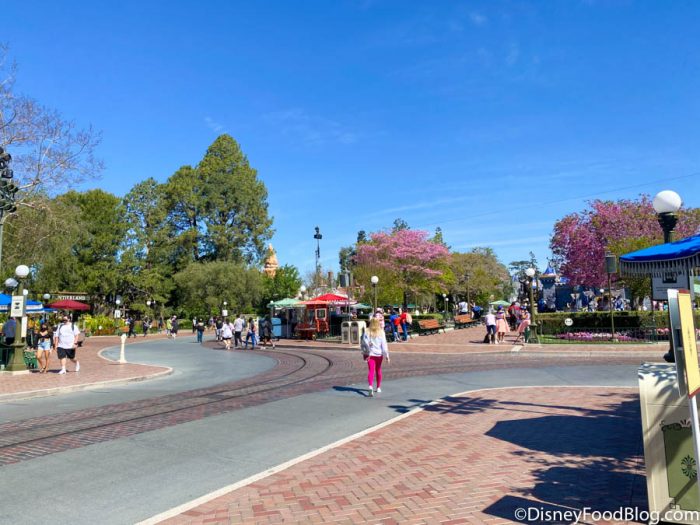 So we headed over to Tomorrowland, which felt pretty empty, too! 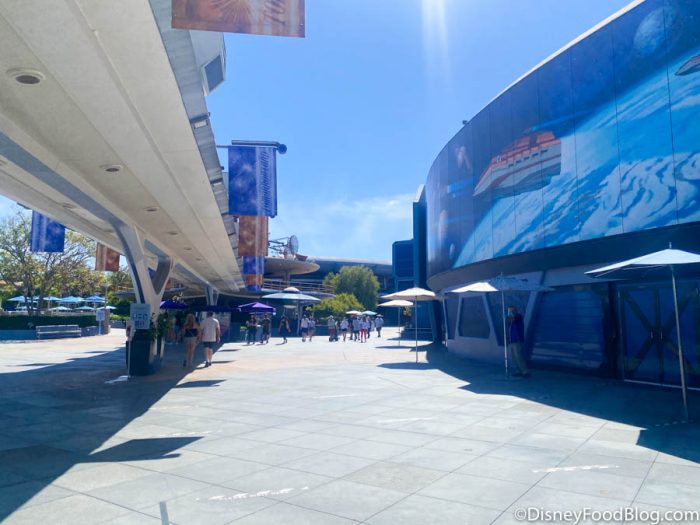 Where are the people?!

And when we circled back a few hours later (around 1PM), it was still quiet. 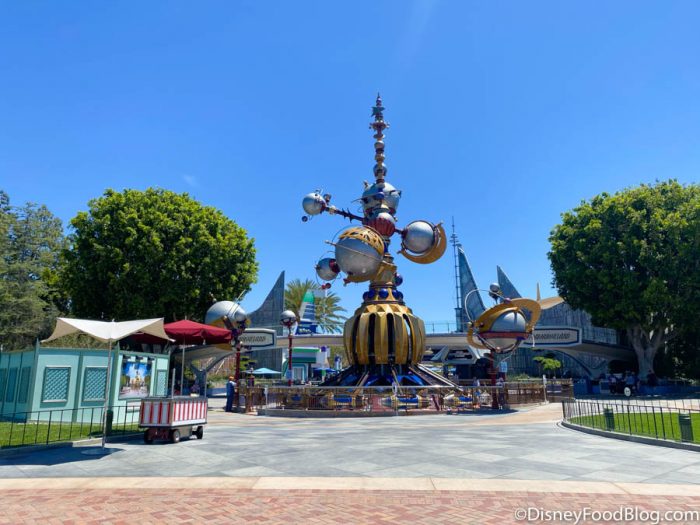 Here are the crowds a few hours later!

In Toontown, the walkways felt super clear, too. There were no crowds to be seen! 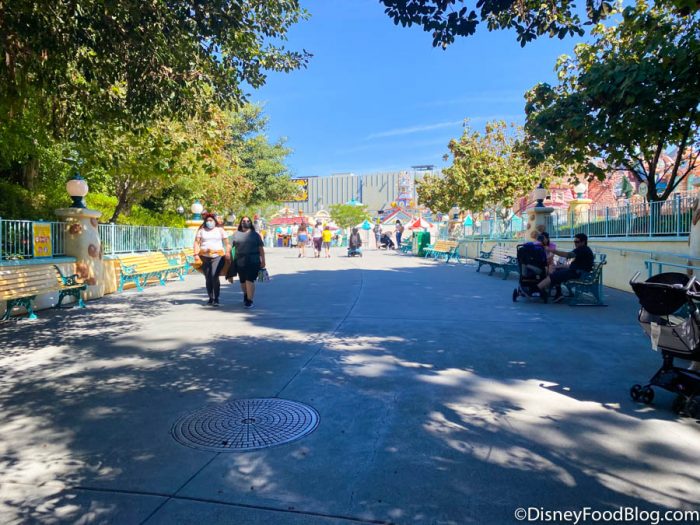 We headed over to Frontierland to check things out there. The line for Big Thunder Mountain Railroad stretched out onto the path, as would be expected with social distancing, but it was still nice and open. 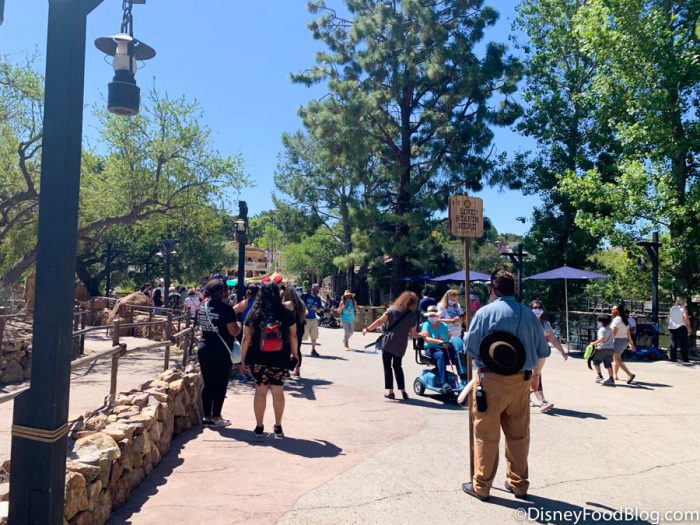 Overall, the park doesn’t feel too crowded, and we can definitely tell people are doing their best to social distance. We’ll keep updating this post throughout the day as we continue to make our way around Disneyland. Stay tuned to DFB for plenty of reopening updates!

Were you surprised by the Disneyland reopening crowds? Let us know in the comments!

« Here’s When Broadway Could Reopen in New York City
PHOTOS: The INSANE Detail of this Millennium Falcon Treat Stuns Once Again in Disney World »