It might be hard to believe to hardcore Disney fans, but some Disney movies just don’t sit right with critics. 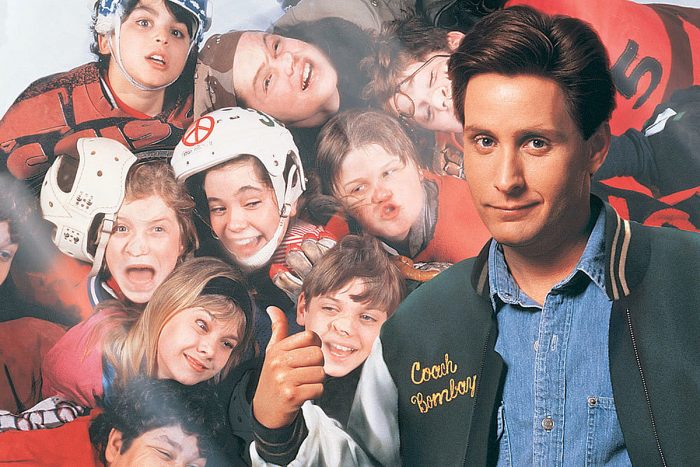 Although many of Disney’s most recent movies have done well with both audiences and critics (Raya and the Last Dragon, Onward, Soul, Luca, and Cruella), there are some classics that tend to get panned widely.

In fact, in the past, critics have been downright HARSH with some Disney movies, resulting in low scores on movie rating websites like Rotten Tomatoes. So we’ve looked at some of the lowest-scoring Disney movies on that site and pulled the 10 worst.

Okay, so how does a movie even get a zero on Rotten Tomatoes? Like how bad does it have to be? Apparently, the critics did NOT appreciate seeing Mulan’s story expanded in Mulan II, or maybe it had something to do with Eddie Murphy not reprising his role as Mushu in the sequel (instead, the voice was done by Mark Mosely).

One critic wrote: “If it were any more trivial, it’d be invisible. Mulan II is, rather, more conceptually offensive.” Audiences seemed to like it a little at least, but yeah, this one was a miss for Disney in the critics’ eyes. At least Mulan did eventually get a live-action movie!

Here’s another one — and we’ll admit it’s been a while since we’ve watched A Kid in King Arthur’s Court to remember much about it. But critics called the movie “numbingly bland,” sluggish and low-energy,” and “lame and surprisingly awkward.” They, apparently, didn’t have anything nice to say… .

The audience score isn’t much better and only sits at 27%. This time it looks like audiences agreed with critics.

Beauty and the Beast: The Enchanted Christmas — 13%

Okay, so we get it. A lot of the sequels of movies from the 90s just didn’t sit too well with critics. And no amount of enchantment could save Belle in Beauty and the Beast: The Enchanted Christmas. Maybe it’s because this wasn’t technically a sequel, but a tale that didn’t quite make it into the Beauty and the Beast film (which won Academy Awards, people!).

This movie was billed by one critic as “a typically low-rent direct-to-video Disney sequel…” and by another as “a fairly desperate attempt to create a plot where there’s no room for one.” And well, we’ve seen it, and sure, it’s cute, but we can’t disagree completely. But we love Belle’s Christmas dress all the same!

We’re not sure which Disney executive thought remaking the Hayley Mills-starring film That Darn Cat was a good idea, but…this was a HUGE misfire. Whereas the original gets a whopping 94% on Rotten Tomatoes, the remake took all of the fun and charm out of it and just was not the same. In other words, if it ain’t broke, don’t fix it.

Reviewers criticized the script for trying too hard to be topical and funny, and in the end, they were probably right. However, watch the classic (it’s on Disney+) because it’s HILARIOUS.

Y’all just don’t understand — the early 2000s BELONGED to Jonathan Taylor Thomas (why else did pre-teen girls watch Home Improvement?). Like he was HUGE. And Disney even put him in Man of the House opposite comedy legend Chevy Chase. And although comedy hijinks did ensue, critics just really didn’t think they were all that funny.

Disney had the teen heartthrob of the time PLUS a huge comedy movie star and they still failed to make a movie people liked. This “pretty weak family comedy” is still worth a watch, though, because hey, you can relive that Jonathan Taylor Thomas crush you probably had back in the day (don’t worry — no judgment here).

Wow…we almost forgot they made 3 of these!!

But this movie did give us this zinger of a review: “Santa’s traditional cry of ho-ho-ho has never sounded more like three stab wounds of pain and horror.” We don’t know whether to laugh or cry. We’ll just stick with the Santa we know at Disney World, thank you very much.

Disney made The Jungle Book in 1967, and we have no idea why it took Disney 36 years to make a sequel, but maybe the company should have waited longer. The Jungle Book 2 picks up shortly where the first left off, with Mowgli longing for his days in the jungle, so he sneaks out of the human village to go back to his animal friends. On paper, it sounds good, right?

But the execution was lacking, at least according to one critic who wrote: “not a good movie, and probably better left unwatched.” The live-action The Jungle Book fared better, though, and a sequel to that is in the works. We hope it’s better than the animated sequel.

The plot to Jungle 2 Jungle sounds almost like a direct rip-off of Tarzan — it’s about a Manhattan broker (Tim Allen) who discovers he has a son in the jungle who begs to go to New York to fulfill a quest given to him by his tribe. Of course, there’s a lot of fish out of water kind of gags, but in the end, they weren’t that funny.

Here’s a movie that divided audiences and critics —  The Mighty Ducks! Critics almost overwhelmingly hated it (it only has 21% on Rotten Tomatoes), but the audience score is a whopping 65%! What’s bizarre is WHY the critics didn’t like it — one critic complained that it was “sweet and innocent.” Um…okay?

So yes, it’s surprising that some of these movies scored so low with critics, but it’s still interesting to see what the critics have had to say throughout the years about some of these Disney films, and in the end, if you enjoy what Rotten Tomatoes thinks are the worst Disney movies ever made, you do you!

What do you think of these Rotten Tomatoes ratings for these movies? Let us know in the comments!

« Another Disney World Program Is Returning!
Reopening Dates for the Rest of Disney World’s CLOSED Hotels »