Disney World’s new Star Wars hotel, the Galactic Starcruiser, is slated to open in Spring of 2022 and Disney is starting to celebrate a little early.

Guests who stay at the Galactic Starcruiser will visit for two nights, during which they’ll be able to participate in tons of Star Wars activities, including “Story Moments” that can change your experience depending on which characters you interact with, droid racing, a visit to Batuu in Disney’s Hollywood Studios, and more. Today there’s a new way to bring the Galactic Starcruiser right to your devices, and it’s left us wondering which side we’d join. Maybe it will give you an idea of who you are in the Star Wars universe!

Galactic Starcruiser will be more than just a hotel, as the immersive Star Wars experience will give guests the opportunity to choose whether to get into character and join the light or dark side. If you visit Instagram, you can now add a new Galactic Starcruiser filter to your next story and see how you might look in the Star Wars universe! You can find the filter by searching “Galactic Starcruiser” and it looks like this. 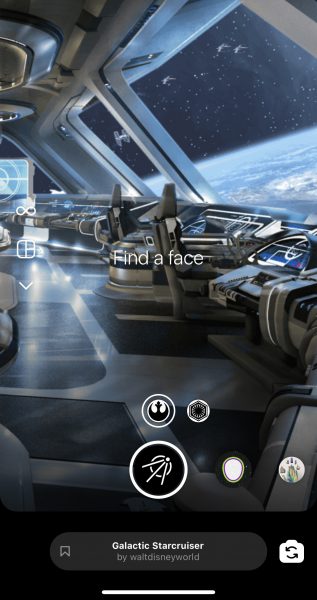 Once you add your face to the screen, you can tap the screen to look like either a very blue Twi’lek… 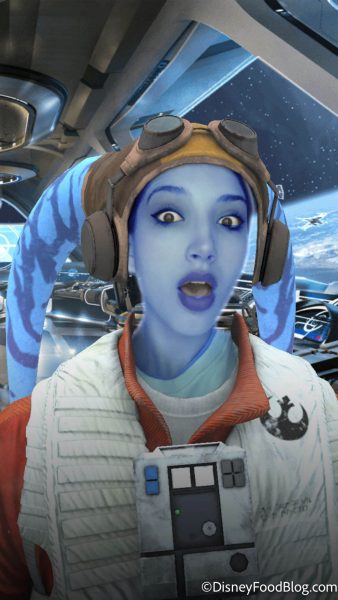 …or an officer of the First Order! Which look do you prefer? 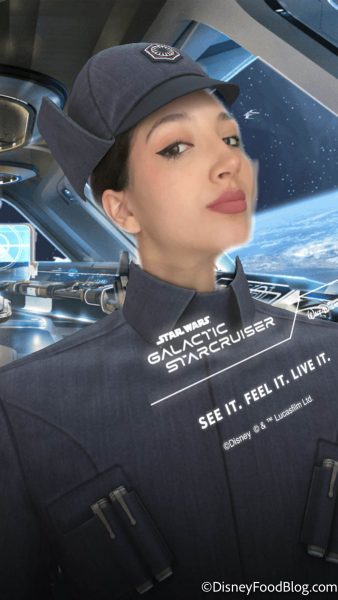 You can find this filter on Instagram now so try it out and see which side you’d join! We’ll be watching for more Galactic Starcruiser updates so keep reading DFB for all your breaking Disney World news and updates!

Here’s everything you need to know about the Galactic Starcruiser hotel!

Would you join the light side or the dark side? Tell us in the comments!