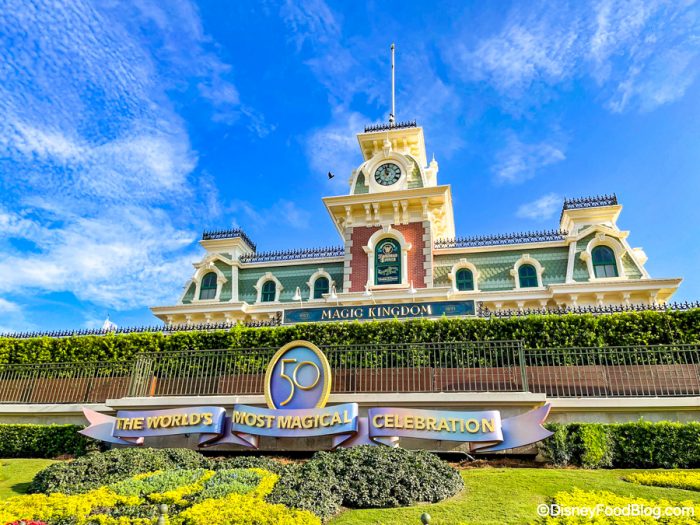 There have been golden character statues, big signs and banners, and even makeovers for all kinds of Disney transportation. Now, even the snacks are getting in on the celebrations!

While we were walking through Magic Kingdom, we decided to stop for a snack (as we often do). When we came to the popcorn stand, we saw that there’s been a change since we last got our Disney popcorn fix.

The popcorn boxes got a new 50th Anniversary makeover! 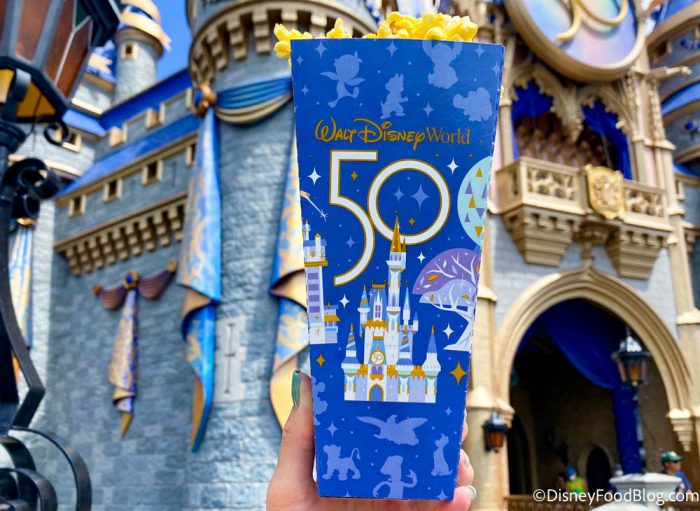 The new boxes have a dark blue background with images of all four Disney World park icons — Cinderella Castle, Spaceship Earth, the Tree of Life, and the Tower of Terror. 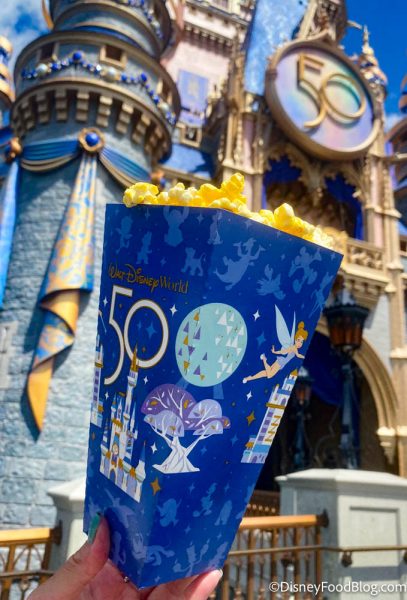 The icons are featured in those 50th Anniversary colors — mainly light blue and purple pastels with gold accents. You can even see the little “50” sign on the Cinderella Castle! 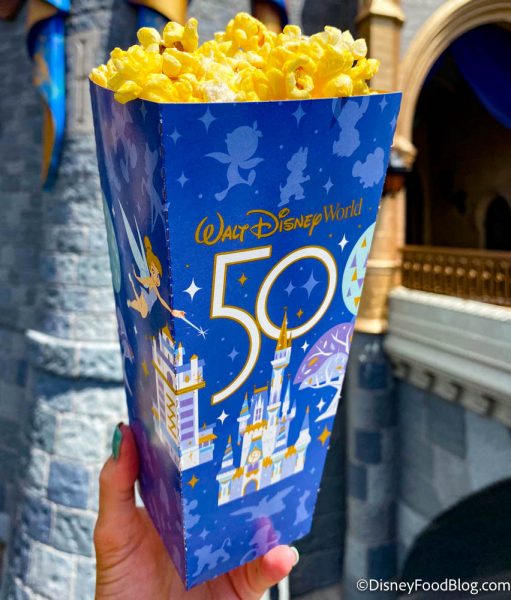 Even the snacks are celebrating!

Against the background are lighter blue silhouettes of classic Disney characters. 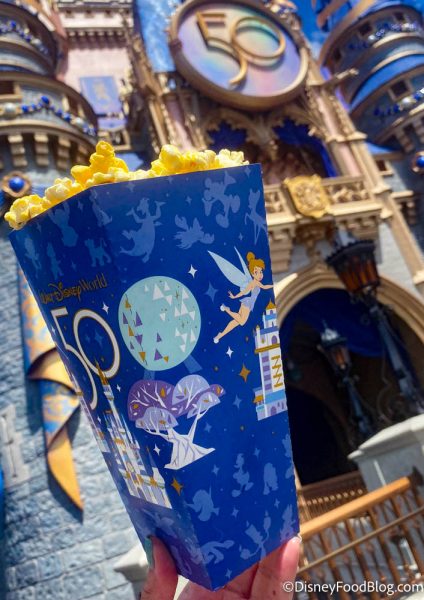 More details on the box

Tinker Bell is also flying around in a sparkly dress for the occasion! You can find this new box right now at select popcorn stands in Magic Kingdom. 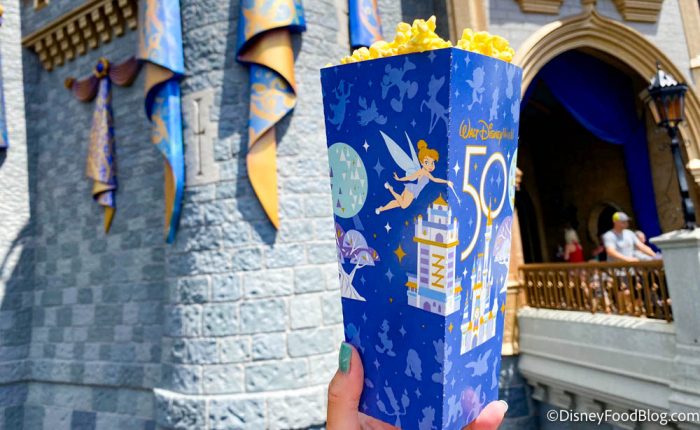 Here’s a look at the other side

Keep following DFB for more updates on the 50th Anniversary in Disney World.