It feels like Halloween has been going on for MONTHS in Disney World — and that’s because it kinda has! 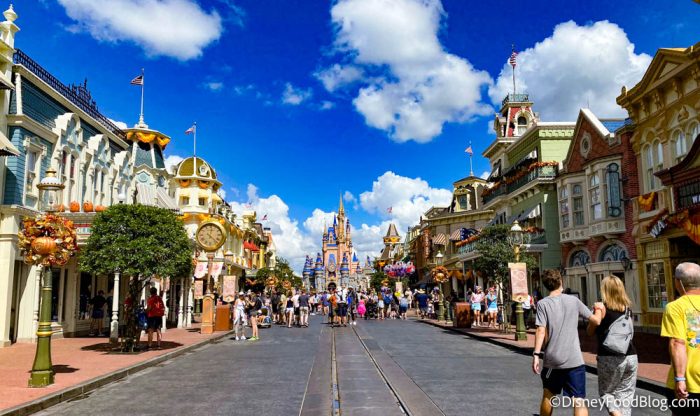 The “World” might have kicked off the Halloween festivities back in August, but the spooky day is actually almost upon us! If you’re celebrating the lead-up to All Hallows’ Eve with a visit to Disney World, we’re here to help with a FULL update of next week’s weather!

According to The Weather Channel, THE SUN CONTINUES this week. Yep, we pretty much completely avoided rain last week, and it doesn’t look like that trend is going to change. 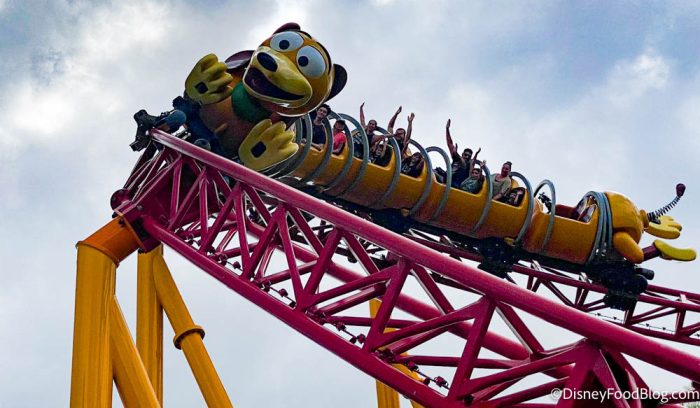 So, without further ado, let’s get into the specific forecast and a few tips to help you weather the weather during your late October Disney trip!

Monday, October 18th will start the week with temperatures that are consistent with what we’ve been seeing during the day. You’ll notice we’re out of the high 80s though! The low and mid-80s are more the norm this week.

And look at that low! A 66-degree evening will welcome us into the week on Monday. That’s downright chilly for Florida fall! You might think you’ll be comfy, but once you’ve been in the heat all day, mid-60s can feel cool!

The next day, October 19th brings us a similar forecast with a high of 85 degrees during the day and keeping that low down at a comfortable and COOL 67 degrees.

As we mentioned, this week is one full of SUN. There’s a chance we’ll have one rainy evening later in the week, but otherwise it looks like the Florida dry season is upon us!

On Wednesday, October 20th, we’re going to see temps sit in about the same place again. So, we’ll be seeing mid-80s heat at the hottest part of the day. Your low is gonna hang out at 68 degrees.

Wind speeds actually pick up a bit this week! Many days might see breezes between 15 and 20 MPH. Keep in mind that that might make your evening feel even cooler. This could be the week to pack layers!

For Thursday, October 21st, we’re seeing a day with another consistent prediction of temperatures in the mid-80s and an evening at 69 degrees.

Humidity levels are inching lower as well. Last week, they mostly hung around the 70% range but this week we’re seeing mostly 60% predictions. That might be low for Orlando but it still might be a lot higher than you’re used to at home! Keep in mind that humidity can make it feel a few degrees warmer than it actually is.

The week continues with similar temperatures in the day and in the nighttime on October 22nd. A consistent week does make it a lot easier to pack!

This day has our highest temperatures of the whole week! Still, it’s cooler than we’ve been seeing over the past month or so. Warning that this is the day you might spot a stray thunderstorm in the afternoon!

Days are getting a bit shorter but you should still have plenty of daylight. Next week, sunrise should hit around 7:30AM and it will set around 6:45PM. Here, we’ll see an 85-degree high and a 68-degree low.

And we’ll wrap up our week on October 24th with still warm temperatures and a beautiful day of mixed sunshine and clouds.

Florida still might be a lot hotter and sunnier than home when you visit next week! Make sure you wear sunscreen to protect from the more intense UV rays we tend to see here.

Overview of the Week

Here is a full overview of the week according to The Weather Channel. Temperatures are projected to hang out in about the same place for the whole week again. We’re looking at a range of low to mid-80s highs and around 70-degree lows. 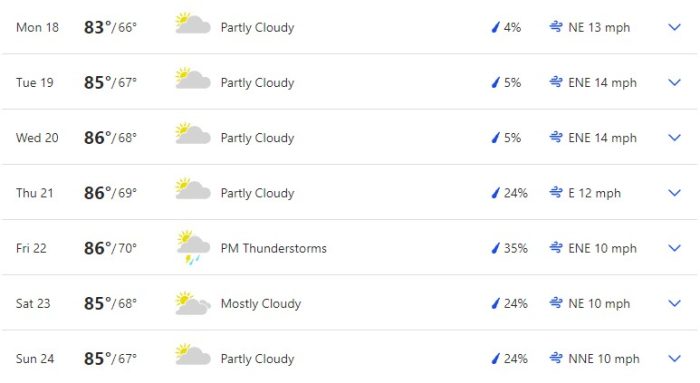 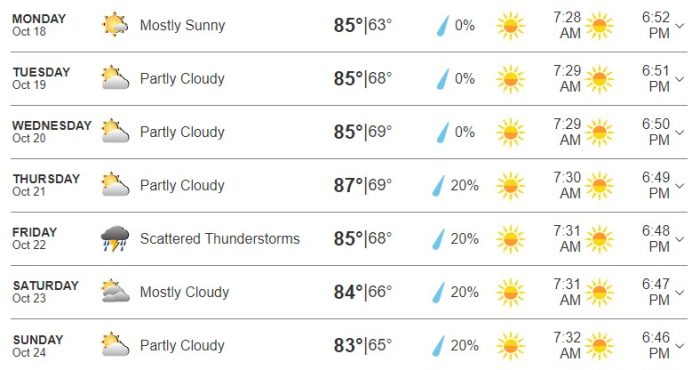 …and WESH 2 News have similar forecasts throughout the week.

Now, this forecast is subject to change! Florida has notoriously changeable weather, so keep checking that forecast as you head out for your trip and once you arrive.

Click here to see some essentials you need for your park bag!

Tips for Weathering the Weather!

So, what are our best tips for packing when it comes to this week’s forecast?

Stay comfy in the heat!

It might be cooling down a bit, but a sunny, mid-80s day is still a LOT for your body to handle — especially when you’re walking literal MILES in a theme park. It can be uncomfortable and even DANGEROUS if you don’t prep for the heat. 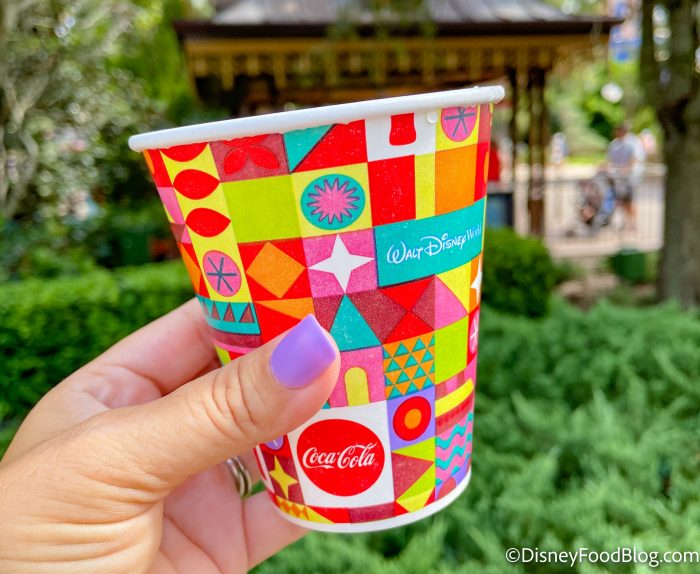 Wear sunscreen and sunglasses, drink a LOT of water (You can find free cups at most quick-service locations!), and take breaks when you need. You’ll be thankful you spent a few minutes in the shade when it means you don’t overheat or overexert yourself!

Want to see what our reporters carry in Disney World? Click here!

Our number one tip for a fall and winter trip to Disney World? Layering, layering, LAYERING. Florida cool seasons mean HOT temperatures during the day and surprisingly cool temperatures at night. This is a recipe for not being dressed for the weather! 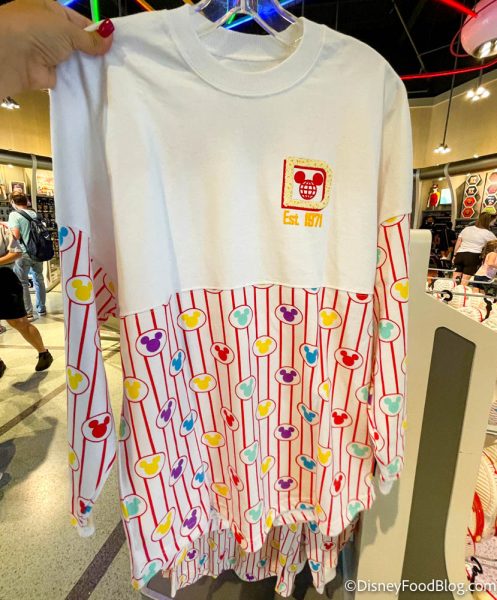 If you bring a light layer in your park bag, you can throw it on when those temperatures start to drop in the evening. That way you don’t end up uncomfortable! Plus, if it’s a cooler morning, you don’t want to be stuck with only a longsleeve as the temperatures rise. Our secret weapon? A scarf does WONDERS when things start to cool down!

And that’s the forecast for next week! As always stay tuned to DFB for all the latest Disney updates.

Click here for the latest news from Magic Kingdom!

Are you headed to Disney World next week? Tell us in the comments!

« PHOTOS: Something is MISSING From a Fan-Favorite Ride While Another is Demolished in Disney World
On A Scale of Cucumber to BBQ Sauce, We’re Ranking EPCOT’s Club Cool Flavors! »