There’s a lot going on at Disney World right now! 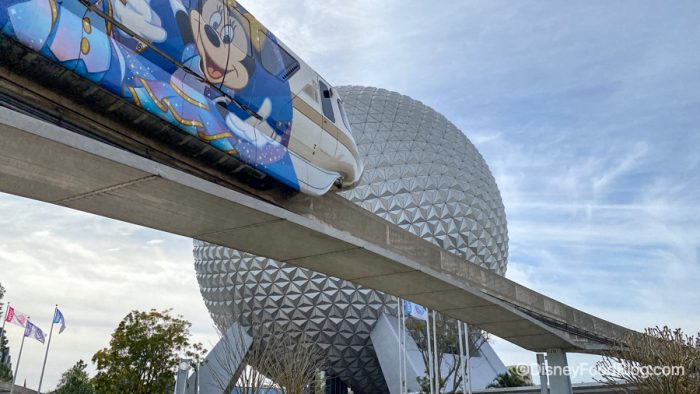 From ride construction, to price increases, to a new face mask policy, it can get pretty hectic. And with the BIG crowds we’ve been seeing, you might be wondering just what the Park Pass situation looks like. Well, if you’re heading to Disney World next week, then keep reading to check out where and when you can hit each park!

Let’s take a look at park hours for this upcoming week!

Magic Kingdom will be open from 9AM to 10PM every day next week (from February 20th through the 26th), with Extended Evening Hours for Deluxe and Deluxe Villas Guests on the 21st from 10PM to 12AM.

Let’s take a look at EPCOT.

And don’t forget that the Festival of the Arts will end on the 21st!

Next, let’s check out Hollywood Studios!

Disney’s Hollywood Studios will be open from 9AM to 9PM every day next week!

Disney’s Animal Kingdom will be open from 8AM until 8PM every day this upcoming week!

Let’s take a look at which Park Pass reservations are still open for this upcoming week! 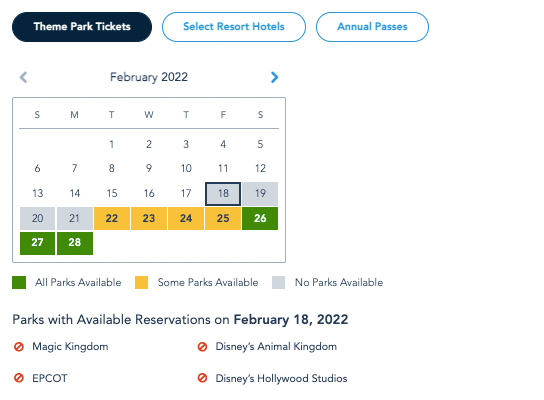 Let’s check out the reservations available to resort guests! 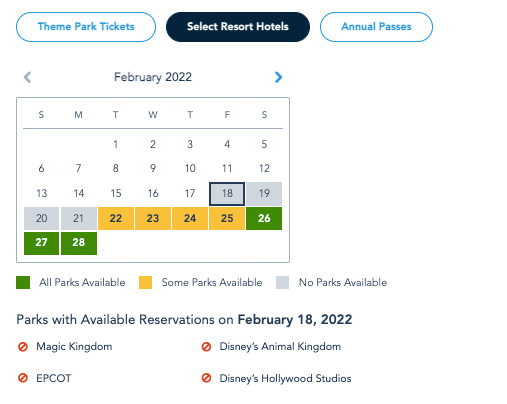 Incredi Pass Holders can make a reservation at any on the parks every day next week except for Sunday the 20th and Monday the 21st. At the moment, there aren’t any reservations left on those dates. 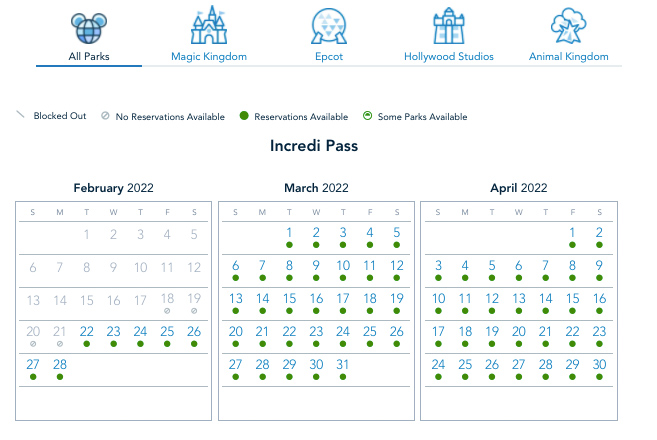 Similar to the Incredi Pass, Sorcerer Pass Holders can only make reservations on the 22nd-26th at any of the parks.

Pirate Pass Holders can also make a reservation at any of the parks from the 22nd-26th. 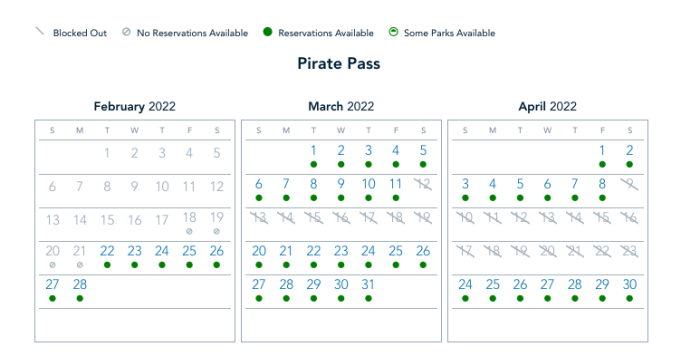 Pixie Dust Pass Holders can only make reservations on the 22nd-25th at any of the parks. The 21st doesn’t have any more reservations available, and the 20th and 26th are blocked out.

That’s all we have for park hours and reservations for next week. It looks like things are shaping up to be pretty busy, given that some days are already full or filling up when it comes to Park Passes — so be prepared! And stay tuned to DFB for more Disney World updates!

Click here to see if Disney World Tickets are Getting More Expensive!

Are you going to Disney World next week? Let us know in the comments!