Sometimes, for one reason or another, Disney needs to put a project on hold. 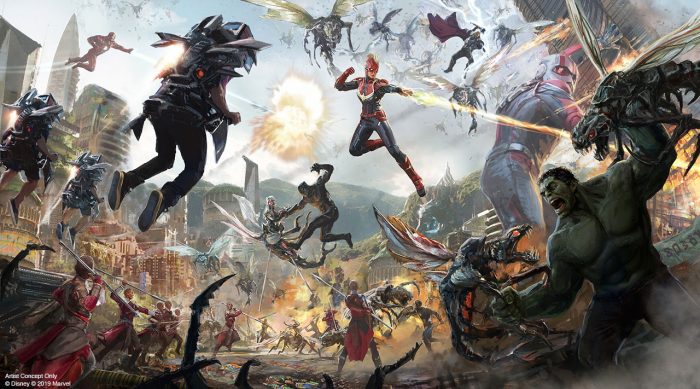 Recently, Disney CEO Bob Chapek shared that two anticipated Disney attractions, the Mary Poppins attraction in EPCOT and the Quinjet attraction in Disney California Adventure’s Avengers Campus, are currently “on hold.” This is the first update we’ve heard about these attractions in a WHILE, but what does it really mean when a new Disney project is on hold?

Does “on hold” mean a project is still happening? Or is it just a way of letting us down easy about a canceled project? Both the Mary Poppins attraction and the Quinjet attraction were likely put on hold because of the COVID-19 pandemic and its financial repercussions, but this isn’t the first time that highly anticipated projects have been tabled by Disney.

Let’s take a look at some “on hold” Disney projects from the past to see how they ultimately turned out!

Disney Springs looks VERY different than the way it did back when it was Downtown Disney, but have you ever heard of what could’ve been? We’re talking about Disney’s planned replacement to Pleasure Island — Hyperion Wharf. 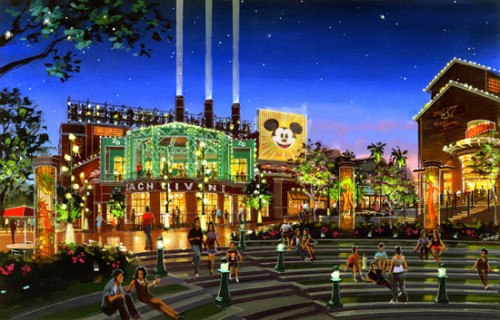 For many years, Pleasure Island was the adult-oriented portion of Disney Springs (which was then known as Downtown Disney). Pleasure Island offered multiple dance clubs and bars playing a variety of different music, and street parties where a New Year’s Eve-style countdown was held at midnight every night. When it closed, Disney leased part of the space to what would become Raglan Road Irish Pub but had some trouble finding other tenants for the space.

When the last Pleasure Island club closed its doors in 2008, Disney began development on something to fill the space between Marketplace and West Side — and Hyperion Wharf was announced in 2010. The area was set to be “a nostalgic yet modern take on an early 20th-century port city and amusement pier…by day, the bustling port district will draw guests in with its stylish boutiques and innovative restaurants and by night, thousands of lights will transform the area into an electric wonderland.” 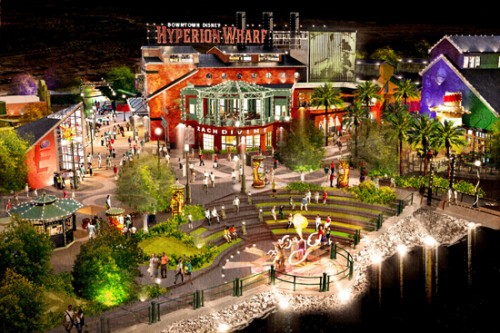 Demolition began on the site, but construction was halted in February 2011. The project appeared to be on hold for two years until finally the plans for Disney Springs were announced. In this instance, Hyperion Wharf was put on hold, only to eventually be canceled.

Next up, let’s talk about Main Street Theater. In 2017, Disney announced a MASSIVE indoor theater for Main Street, U.S.A. in Magic Kingdom. Guests would’ve accessed the theater through a pathway near Tony’s Town Square. Concept art of the venue was released and permits were filed, and backstage Disney even broke some ground. But the project was never completed, and Disney just…stopped mentioning it.

After about a year of the project being considered “on hold,” Disney quietly removed mention of the theater from the Disney World website and it was never mentioned again. Prior to Chapek’s update, a similar removal had happened with the Mary Poppins attraction.

Want to learn more about this cancellation? Click here!

Now, for a more recently held project. Reflections — A Disney Lakeside Lodge was initially announced in 2019 as the newest Disney Vacation Club resort to come to Disney World. After the 2020 park closures, however, there were rumors and signs that the project may have been canceled.

Initially, the project was put on hold with the rest of the 2020 construction halts (More on that in a sec!), but with signs that construction equipment was leaving the area and Disney was scrubbing mention of the resort, we began to suspect that the project wasn’t “on hold” anymore and was instead canceled.

Still, at the time, Cast Members were giving out statements that Reflections was still on hold and that more information would be coming soon. That was over a year ago, and we haven’t heard any updates. Though we can’t be SURE this held project is canceled, it may have gone the route of Main Street Theater.

But, “on hold” doesn’t mean a project is condemned to be canceled. In fact, MANY projects were put on hold during the 2020 park closures (and before them) that have come to fruition today. With so many delays, we thought EPCOT’s Space 220 would never open — but it has! 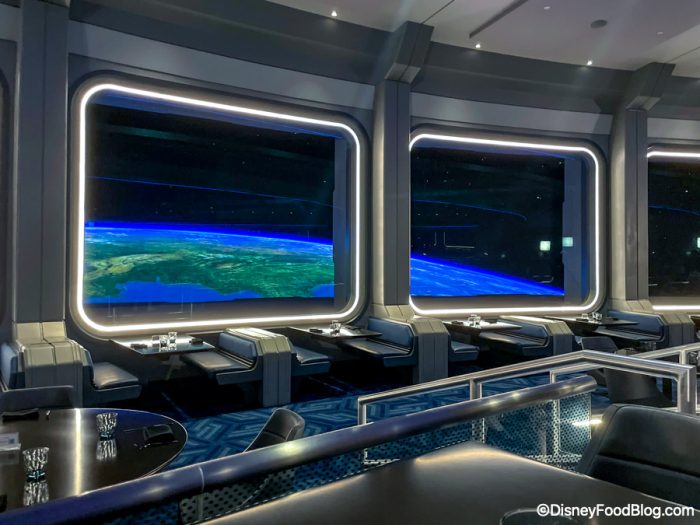 Remy’s Ratatouille Adventure was similarly put on hold during the closures, but construction resumed and now you can race through Paris in rat form during your EPCOT day.

As you might be able to tell from the examples in this post, it’s a good sign that Disney has given us an update on these two attractions. The company has a habit of going radio silent if something is TRULY on the chopping block, so there may still be hope for the Mary Poppins and Quinjet attractions.

Of course, you can stay tuned to DFB for all the updates and news about these attractions and more!

Want to see more about the “hold” on these two rides? Click here!

Do you hope these rides come to fruition? Tell us in the comments!