While we love a LOT of the restaurants in the Disney World parks, there are also some great places to eat over at Disney Springs! From Wine Bar George to Raglan Road to The BOATHOUSE, there’s a little something for everyone. 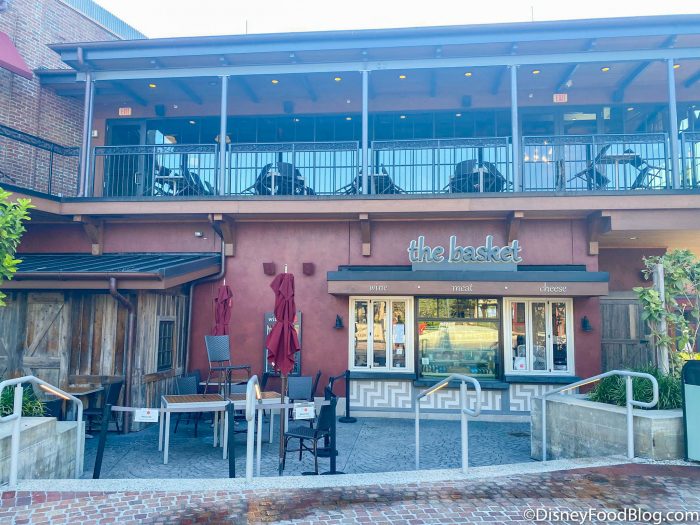 The Basket at Wine Bar George in Disney Springs

Even if you’re a vegan or vegetarian, you can find a bunch of great food. Local Green Orlando just opened up a new food truck with vegan and pescatarian options, and many restaurants have vegetarian or vegan dishes on their menus. One of the spots that usually has a few options available is Earl of Sandwich, and they have a brand NEW sandwich we just tried out!

This is the Spicy BBQ Vegan Chicken sandwich from Earl of Sandwich in Disney Springs! It has vegan chicken, vegan pepper jack, vegan slaw, onions, and BBQ sauce for $8.49. 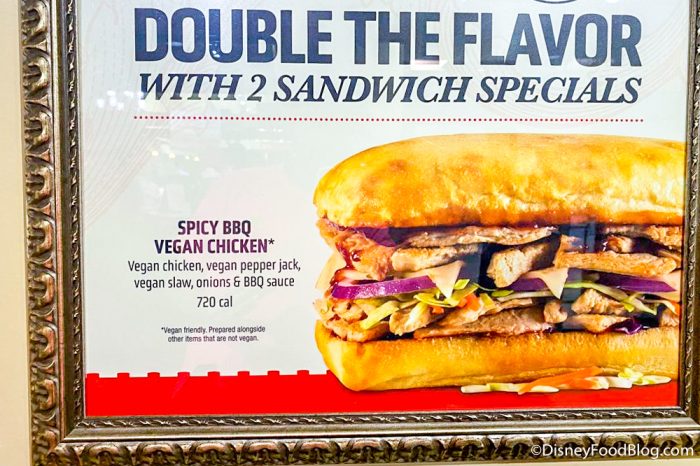 We thought this sandwich was really delicious! One of our reporters said this is the best vegan chicken dish he’s had in Disney World, and that you should like this even if you’re not a big fan of vegan chicken. 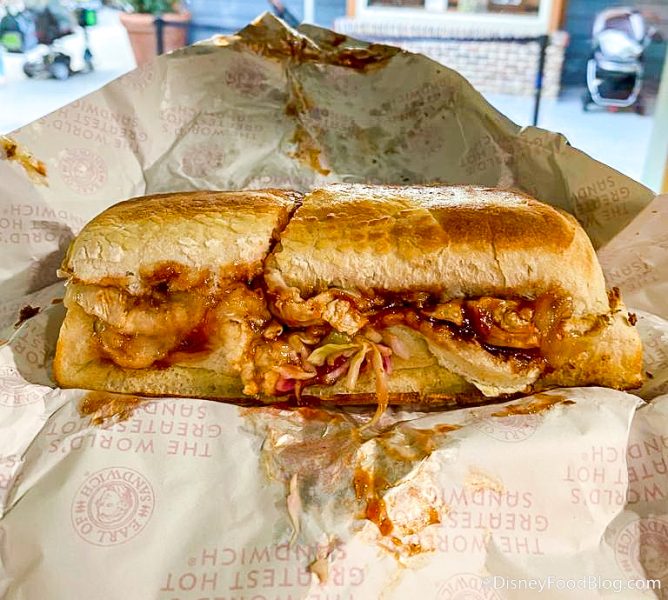 It’s a decent size, too!

But, we didn’t think this was spicy AT ALL, so having the word “spicy” in the name of the sandwich shouldn’t deter you, because it doesn’t have any heat.

All of that slaw!

We couldn’t really taste the vegan pepper jack cheese in the sandwich, it got lost among all of the other elements. It probably would’ve been more noticeable if there was less vegan chicken. The bread on this sandwich is also toasted, which adds some nice texture. 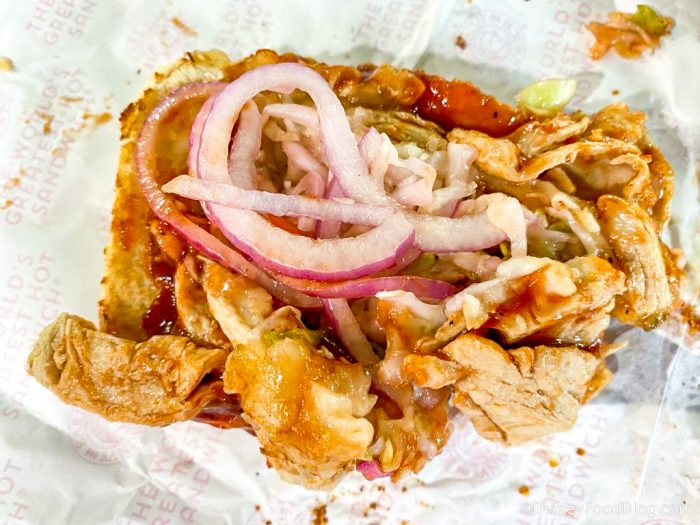 If you’re a vegan or vegetarian who misses BBQ chicken sandwiches, you should give this a try! It’s also a great option if you’re trying to limit meat and dairy in your meals. 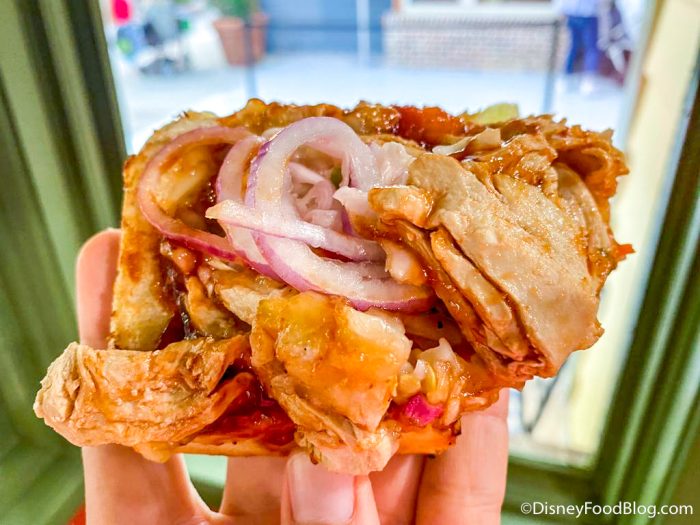 If you absolutely hate vegan chicken or sweet BBQ sauce, we would skip this one and try a different sandwich on the menu. 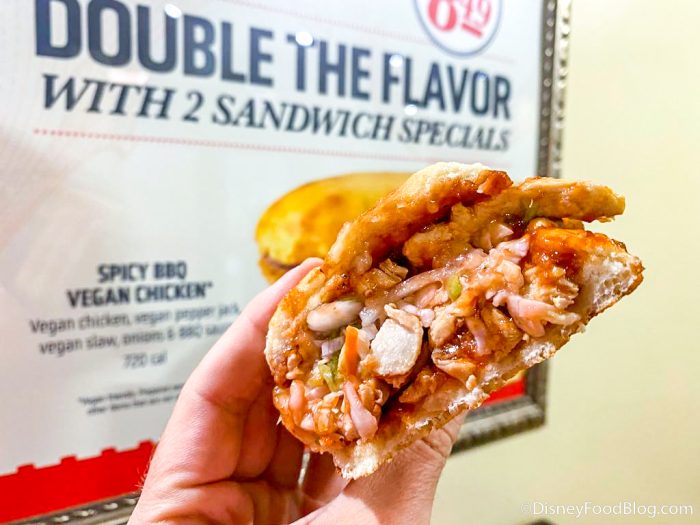 This is a limited time sandwich, so we’d suggest going over to try it out as soon as you can if you want it, because it won’t be around forever! Stay tuned to DFB for more Disney World food news, reviews, and updates.

Click here to see our review of the vegan meatball sub at Earl of Sandwich!

What is your favorite vegan food in Disney World? Tell us in the comments!