You might be surprised by just how different the guests are at Disneyland versus Disney World. And those differences could have a huge impact on your upcoming trip!

For many different reasons, guests at Disneyland are completely different from the ones you’ll meet at Disney World. We’re going past the simple “there are more locals at Disneyland” here — Yes, it’s true that Disneyland has a lot more local guests. But how does that impact the park? How does it change what’s offered to the guests? And which park should you visit, based on these differences? 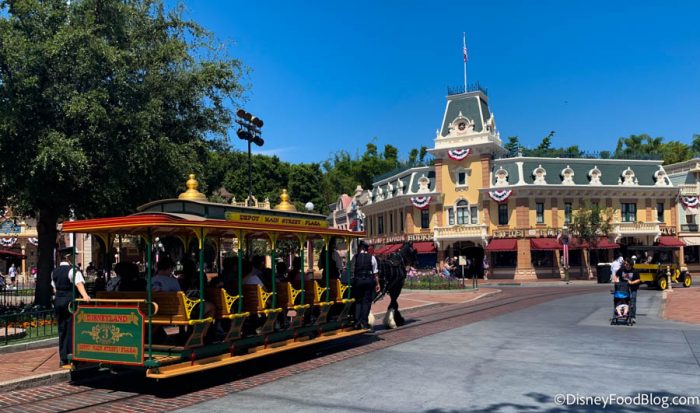 We asked people who have visited both parks, and our team of Disney park experts also weighed in on the differences they’ve noticed. And we interviewed Tiereny Leonard, a Cast Member who has worked in both Disneyland Resort and Walt Disney World. Here’s what everyone said!

Disneyland Is Full of Locals Who Know the Park

If you usually visit Disney World, you might notice a Twilight Zone-esque change when you head into the Disneyland parks. All the guests are walking purposefully to the rides, restaurants, and shops, and somehow not one of them has their nose buried in a map! 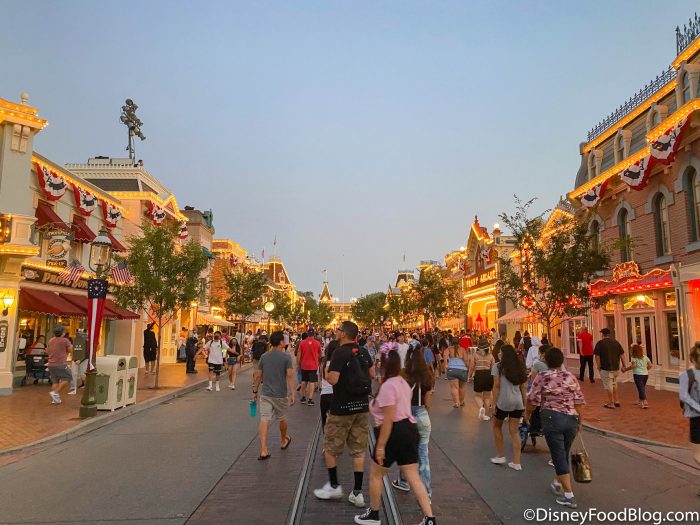 Because a lot more locals visit Disneyland than Disney World, many of the guests already know the parks like the back of their hands. In fact, you don’t even need to ask a Cast Member for directions if you get lost — just flag down the nearest guest and they’ll likely be able to point you in the right direction. 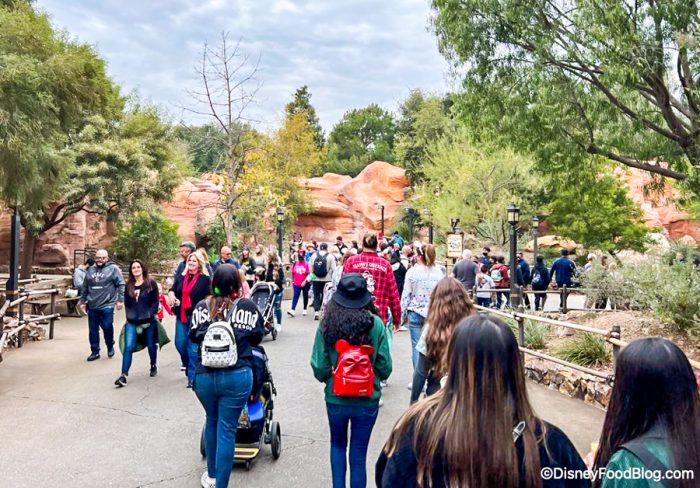 Disney World guests, on the other hand, probably use a combination of paper maps, their phones, and directions from Cast Members to find just about anything. And it’s completely understandable, as many of them don’t visit very often and the parks are much bigger over in Florida! But pull out a map in Disneyland Park and you might get some funny looks from the people nearby. 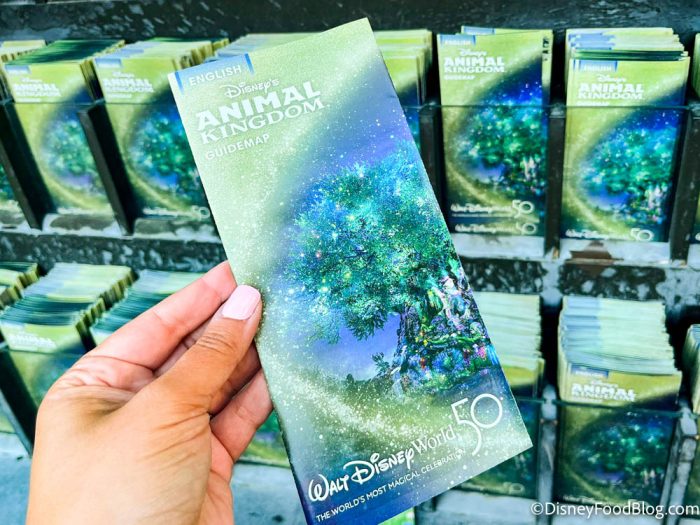 When asked about how having more locals affected Disneyland, Tiereny Leonard (who worked in Disney California Adventure) said, “In Disneyland, I never got asked where things were. I can count on one hand how many times that happened.” Instead, guests in Disneyland would ask more about what time events were happening or when a certain offering would return. 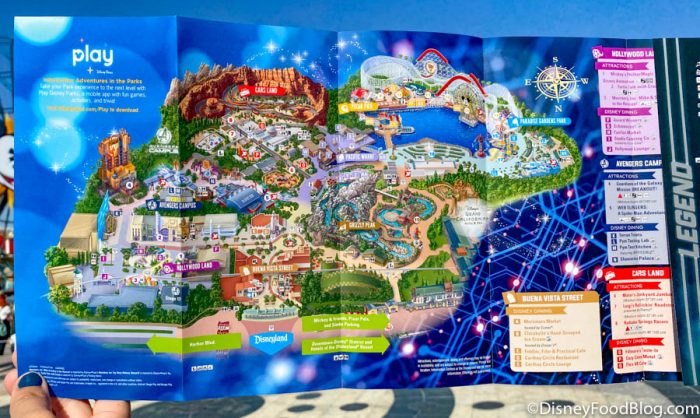 So if you want to blend in with the locals at Disneyland, we recommend studying the maps ahead of time! Or — if you still don’t know where you’re going — just pick a direction and walk confidently that way. People will think you know where you’re going, and you’ll probably run into a fun attraction or tasty snack at some point.

Check out 9 reasons you still need to pick up a Disney World park map.

With 4 parks, over 25 resort hotels, 2 water parks, and a huge shopping and dining center, Disney World is seen more like a “destination vacation” than Disneyland. For that reason, this park usually has more international travelers.

It’s likely that guests who are making a huge, once-in-a-lifetime trip choose Disney World over Disneyland because there’s simply more to see and do there. So while you’re in Disney World you’re more likely to run into people who are from all over the world!

Click here for our ranking of all of the character dining in Disney World. 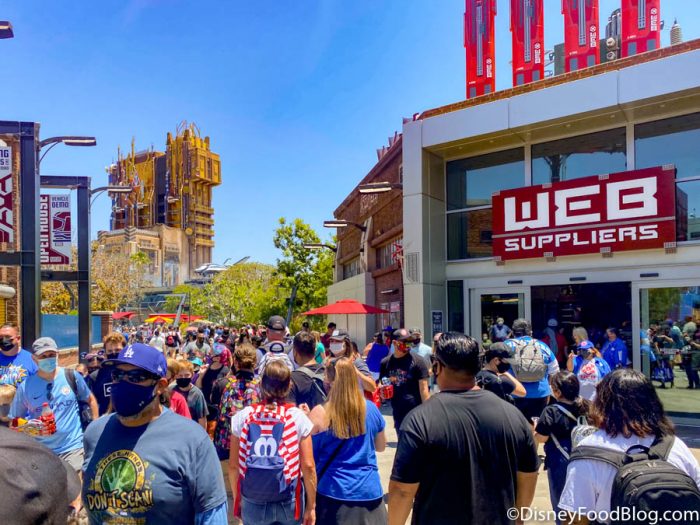 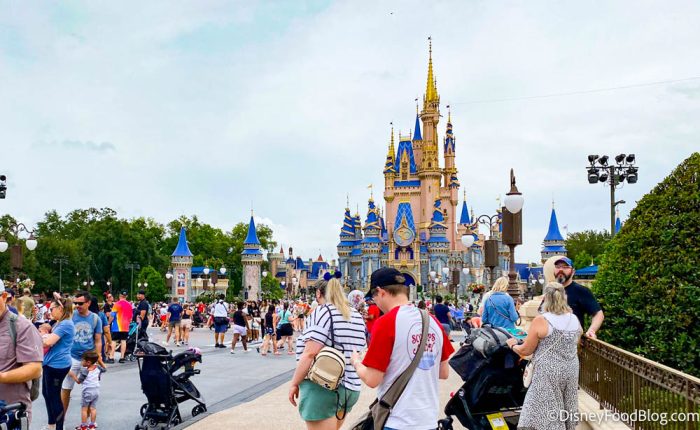 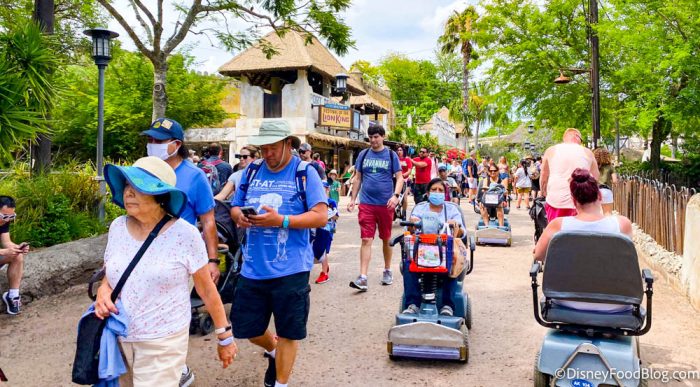 Leonard reported that, during her time at Disney World, many guests would ask questions like, “Is there something we might have missed that we should go do?” or “We have some extra time — where should we go now?” People likely planned this trip for months, and they don’t want to miss a single thing while they’re in the parks. 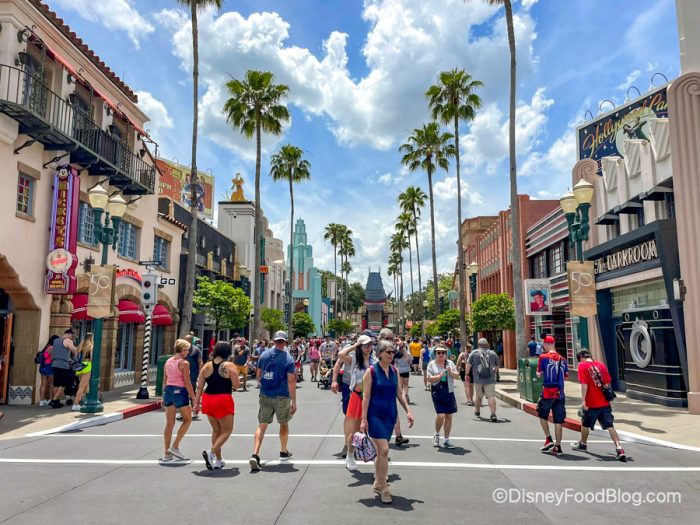 It’s understandable that Disney World guests would feel the need to have a plan and get more done in the parks. And we tend to create detailed itineraries before our vacations, too! But sometimes it’s nice to be around guests who aren’t stressed about their vacation. Disneyland guests tend to be more patient and chill about their time, which leads to a more relaxed atmosphere in general.

Learn how to make your next Disney World trip EASY.

Disney World Guests Are More Awed by the Magic

Although coming to the parks fewer times can make Disney World guests more stressed about the experience, it has a positive effect of also making them more awed by the Disney magic. Leonard said, “The sense of amazement and being struck with Disney magic is a lot higher at Disney World.”

Since Disneyland guests have been visiting for years, they often know what to expect and are less impressed by the special Disney touches. They’re not necessarily jaded about it, they’re just used to the Disney standard and aren’t as surprised when Cast Members go above and beyond to make their trip special.

For example, while Leonard worked at the Hyperion Theater (where the Frozen-themed stage show played) in Disneyland, she sometimes got to choose a family to be recognized by Anna and Elsa during the show. Although it was meant to be a magical moment for the guests, she said that only about half of the families she chose were excited about it because so many of them already knew it was happening. 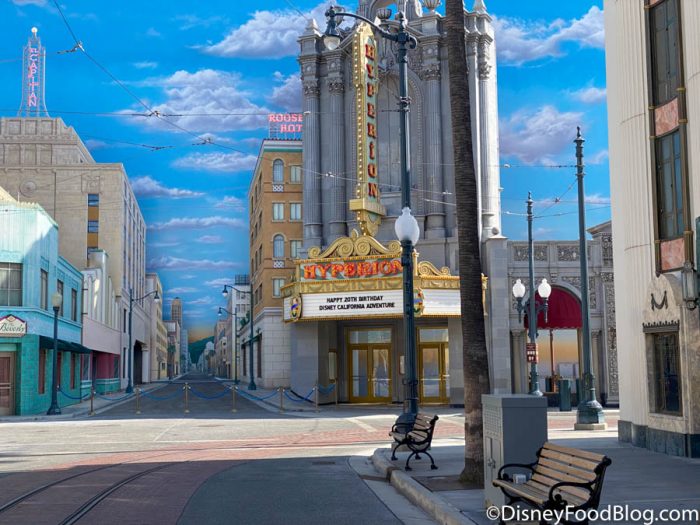 In Disney World, however, when Leonard got to make magical moments happen for the guests, there was more “complete shock and awe.” So while Disneyland guests are much more relaxed and chill, Disney World guests tend to have them beat when it comes to excitement about the parks and attractions.

Have you experienced a Magical Moment? Learn how to give a Cast Compliment in Disney World here.

The differences in guests affect more than the atmosphere of the parks, though. Leonard noticed that the merchandise selection between Disney World and Disneyland was adjusted to accommodate those differences as well! 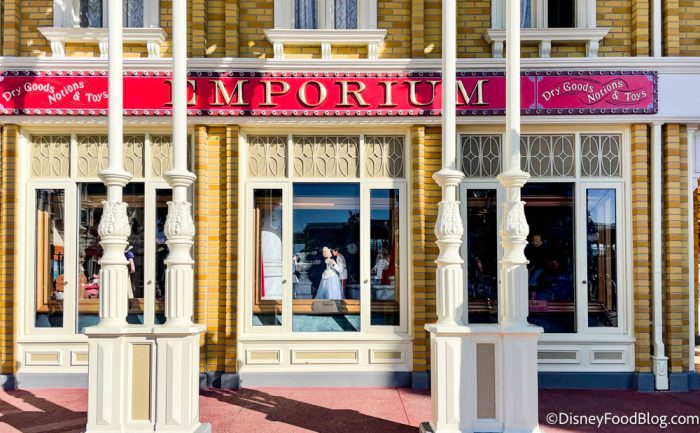 She said, “Collectors’ items were HUGE in Disneyland. If there was a limited-edition popcorn bucket, it was huge news.” Guests at Disneyland were more excited about the Minnie Mouse Main Attraction Collection, which was a limited-edition souvenir series from 2020 that featured Minnie Mouse dressed as different Disney rides. The plushes, pins, ear headbands, and more in those collections were “big-ticket items” in Disneyland, more so than in Disney World. 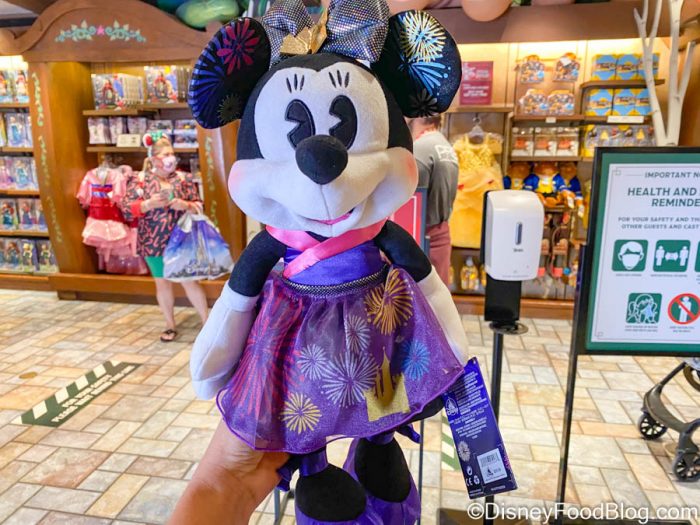 Leonard particularly noticed the difference when she shifted to working for shopDisney once Disneyland closed due to the pandemic. She said she talked to a lot of people who wanted to buy collectibles online because they couldn’t go into the parks, and there was “an overwhelming amount more from Disneyland who wanted the collectibles than from Disney World.” 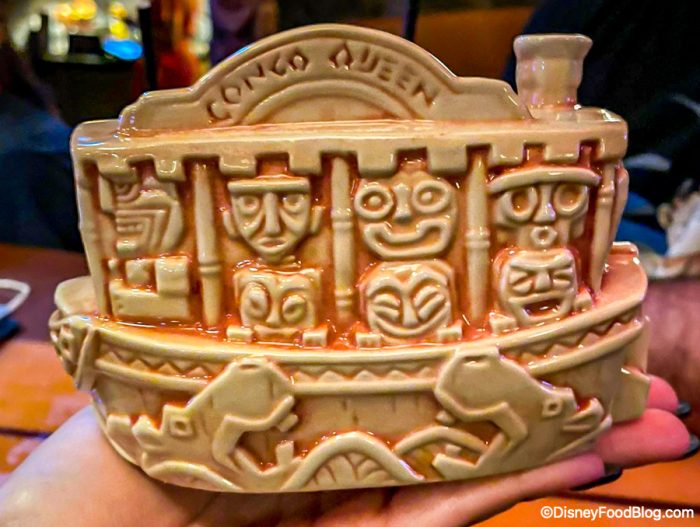 A lot of people collect Trader Sam’s mugs, too!

Because the locals can visit the parks more often, it makes sense that Disneyland guests would be more interested in collectibles. By contrast, many people only visit Disney World once or twice, which doesn’t really work if they’re hoping to frequently add to their collections.

Did you hop aboard these Disney trend trains?

As you can see, there are many ways that Disneyland guests and Disney World guests are NOT the same. But is either group actually better? It really just depends on your preferences! If you love to plan and create itineraries, you might feel more at home in the Disney World crowds. In fact, the relaxed attitude of Disneyland guests could be more stressful if you have a “go, go, go” personality. 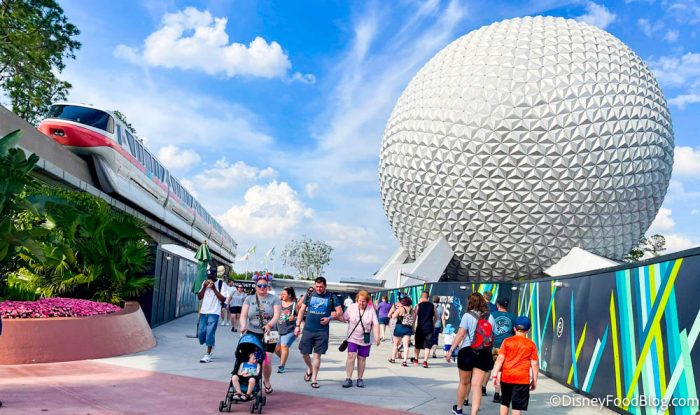 But if you’re looking for a relaxing vacation or need a break from the more intense crowds at Disney World, Disneyland could be the better option! But in our opinion, it’s great to have both options available. 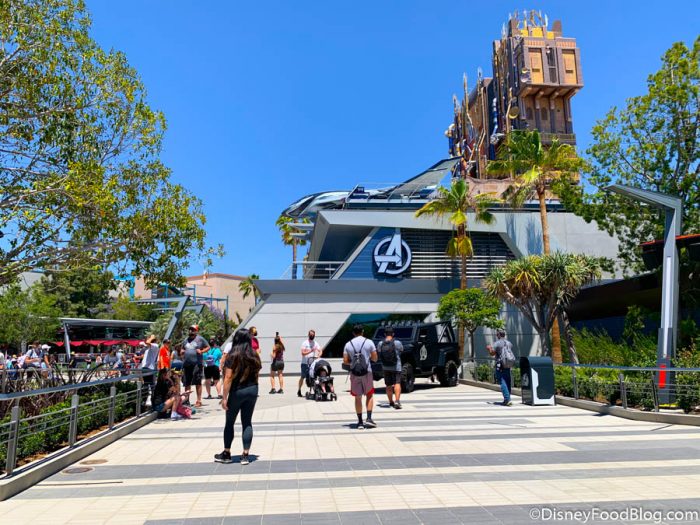 We’ll use an analogy to help you decide which park you’ll fit in better: Picture someone walking at a fairly slow, casual pace. And then picture another person behind them who is walking much faster and is clearly annoyed to be caught behind the slower walker. We’ve all been in that situation, right? 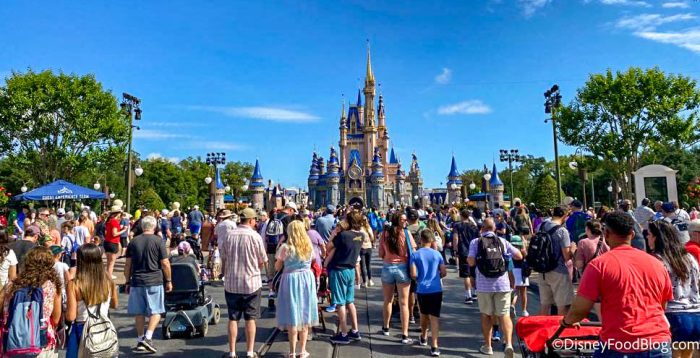 If you’re usually the casual walker who’s taking their time and enjoying the views, you will probably fit in better at Disneyland. And if you’re the one behind them with a strict schedule and places to BE, you might be more of a Disney World person. Neither is better than the other, it’s just a matter of preference. 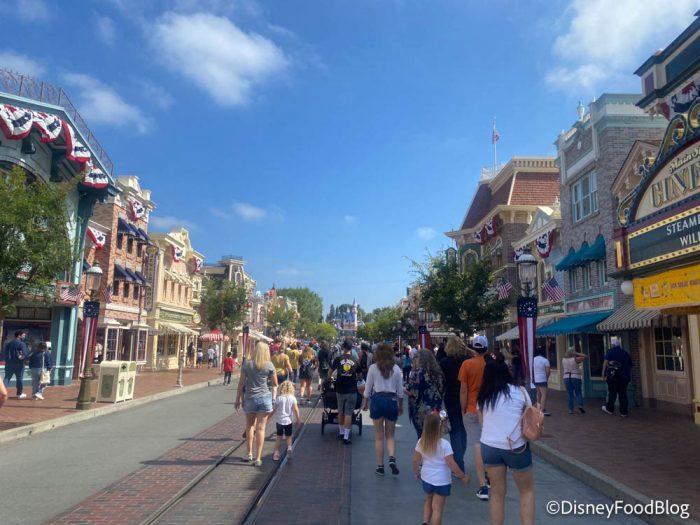 And of course, sometimes it’s good to mix up the pace and try out the other park to see which you actually prefer for your Disney vacations! We’ll keep bringing you all the latest from both of these Disney parks, so stay tuned to DFB for more updates and planning tips.

Click here to find out how Genie+ is different in Disney World versus Disneyland.

Which do you prefer — Disney World or Disneyland? Let us know in the comments.

« ALL The Disney Tervis Tumblers You Can Get Online Now!
A Guest Favorite Snack Has Gone MISSING from EPCOT »