Guardians of the Galaxy: Cosmic Rewind will be one of the longest indoor roller coasters ever built. And it’s coming to Walt Disney World as part of the huge transformation happening in EPCOT! Located in Future World, the attraction will feature the first-ever “reverse launch into space” aboard the ride vehicles with 360-degree movement. An OmniCoaster ride system will draw guests’ attention to Cosmic Rewind’s story with specialized movements. Guests will first enter the “galaxarium,” where they will board a Nova ship to see the earth from space. However, when Star-Lord, Rocket, and the rest of the Guardians of the Galaxy get involved, things kinda get funky (cue Awesome Mix Vol. 1 and 2). With plenty of twists and turns, Cosmic Rewind will send guests on a high-speed journey throughout the galaxy.

In November 2020,  Imagineer Zach Riddley posted a photo on his Instagram (@thezachriddley) giving us all a HUGE sneak peek at the Guardians of the Galaxy: Cosmic Rewind vehicles! 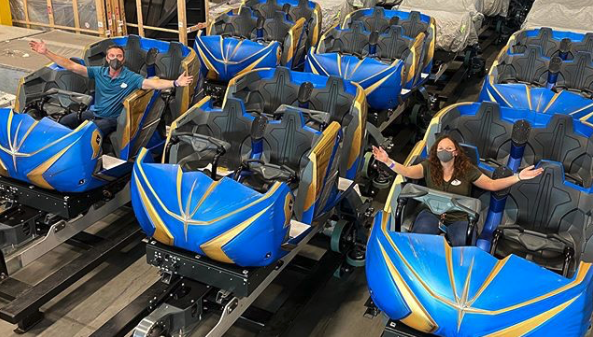 And Josh D’Amaro, Disney Parks, Experiences and Products Chairman, also provided a look INSIDE the attraction at the virtual International Association of Amusement Parks and Attractions Expo. 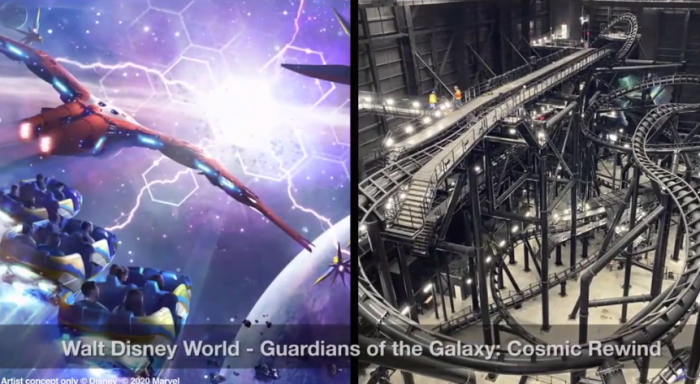 Even better? A video was also shared of the ride vehicle moving on its 360-degree access! 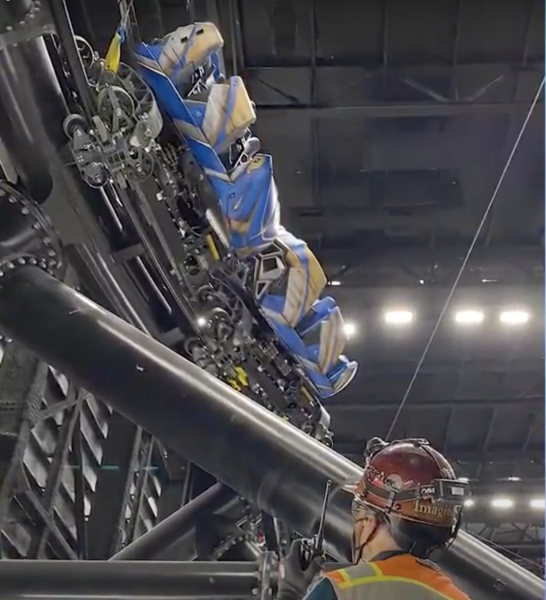 We are continually updating this page as more information for this highly-anticipated attraction is revealed! 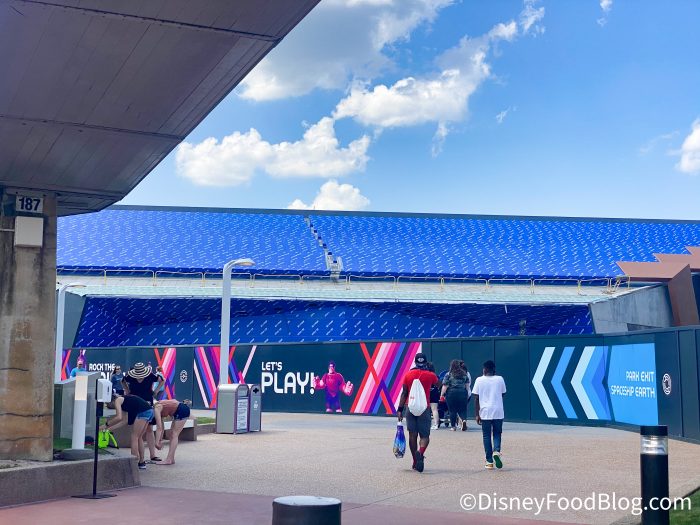 Cosmic Rewind construction in late May 2021

Guardians of the Galaxy: Cosmic Rewind was originally scheduled to open in time for the 50th Anniversary of Walt Disney World (October 1, 2021). However, construction for several projects around the Resort was paused during the temporary closure of Walt Disney World in 2020 in response to the global health situation, and an updated opening timeframe for the attraction has not yet been announced.

FastPass+: Not yet known