Even though there is so much wacky and unique merchandise you can find at Galaxy’s Edge, we’re totally a sucker for those awesome sporks (I mean, who wouldn’t be??). 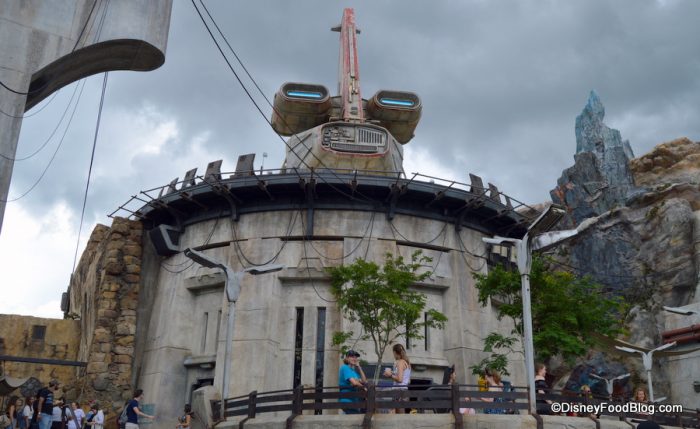 While they originally were at Docking Bay 7 in both Disneyland and Disney World, they started to disappear like a Rebel spy into the night. Basicallhy, people were stealing them from the restaurant because they looked cool, and Disney quickly stopped using them as the utensils at Docking Bay. However, since Disneyland started selling the sporks to Batuu visitors, the spork may soon be making a comeback in Hollywood Studios!

If you want to take a small piece of your galactic travels home with you, Docking Bay 7 is adding a li’l space flair to your kitchenware collection — at least according to the menu! We spotted spork on the Docking Bay 7 menu online (and we’re ready to use ALL our galactic credits to have a drawer-full).

In Disneyland, the sporks are metal like the originals from the restaurant and have that interesting Star Wars craftiness in the notches! 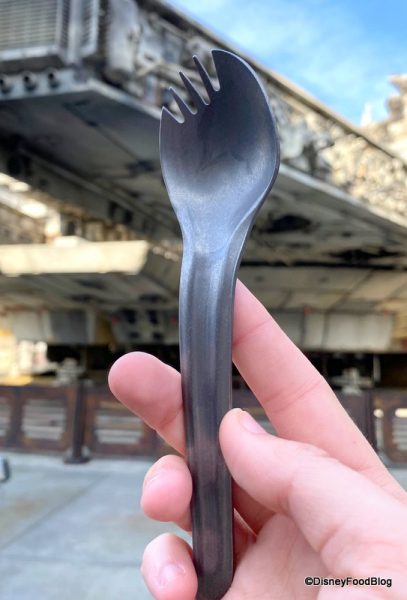 An elegant utensil for a more civilized age

But, the cleverness doesn’t stop there, friends! The sporks are sold in their own carrying bag with the Aurebesh translating to “SPORK” in big letters and “Property of Docking Bay 7” in smaller letters. Silverware, but make it fashion!! 😉 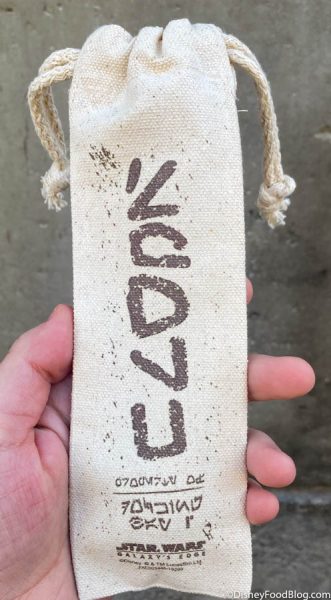 You can eat in (Star Wars) style with the Galaxy’s Edge spork for $10.99 in Disneyland, and due to that menu update, we’re hoping they’ll be coming to Hollywood Studios soon, too! On our visit to Batuu today, Cast Members said they didn’t have them in stock yet; but we’ll keep an eye on the menu — and on Docking Bay 7 — to let you know as soon as they do! 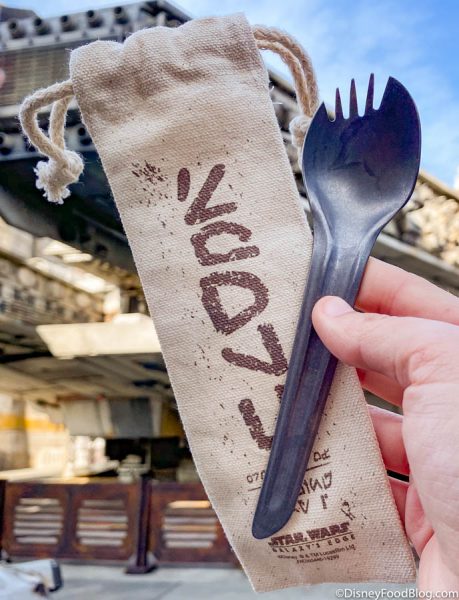 And, you can keep up with all the other space news from Galaxy’s Edge (including the construction of the Galactic Starcruiser and reservation details!) by subscribing to our newsletter.

Have you spotted the sporks in Disney World’s Galaxy’s Edge yet? Let us know in the comments below!