Oh, did you think all the Star Wars excitement was over now that Rise of the Resistance is finally open and the final Star Wars movie has come and gone from the theaters? Then the NEW Star Wars: Galactic Starcruiser (the Star Wars Hotel) must have slipped your mind!

And while just last weekend we checked in on the status of the new Star Wars hotel opening in Disney World sometime in 2021, we just found out you’ll be able to book your first voyage THIS YEAR!

The new Star Wars: Galactic Starcruiser isn’t like any other experience in Disney World right now. Guests will become a part of their own personal Star Wars story during their 2-day, 2-night stay aboard the “intergalactic cruise ship” called the Halcyon. 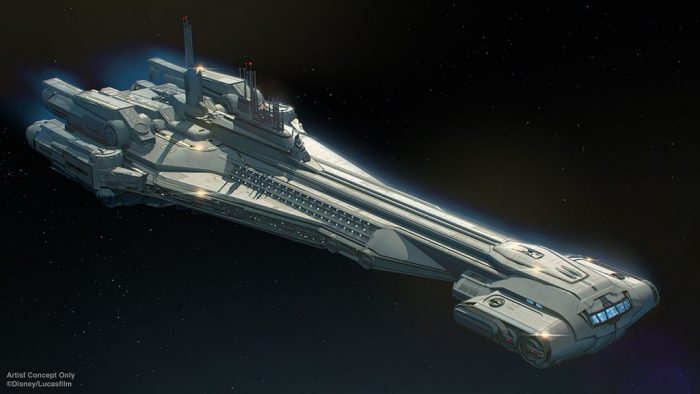 Read more about how the Star Wars: Galactic Starcruiser isn’t like other Disney World resorts here!

And while there will be a “land excursion” to the Black Spire Outpost in Hollywood Studios’ Star Wars: Galaxy’s Edge, most of the adventure will actually take place aboard the Halycon! You’ll get to meet and interact with Star Wars characters, tour the bridge, and even wield a lightsaber against a training remote — adults and kids alike!

Disney has just shared with us today you’ll be able to make your reservations for the new Galactic Starcruiser sometime later this year! We’ll continue to monitor its construction and let you know when it’s time to book your STAR CRUISE — so stay tuned for more big announcements!

Read ALL about the Star Wars Hotel here!!

Are you excited about staying at the Star Wars hotel? What types of things are you hoping to do? Let us know in the comments below!

« The NEW Ice Cream Sandwich in Disney’s Animal Kingdom Is Our Favorite Valentine’s Day Treat So Far!
We’re Going Back in Time With These NEW MagicBands in Disney World! »