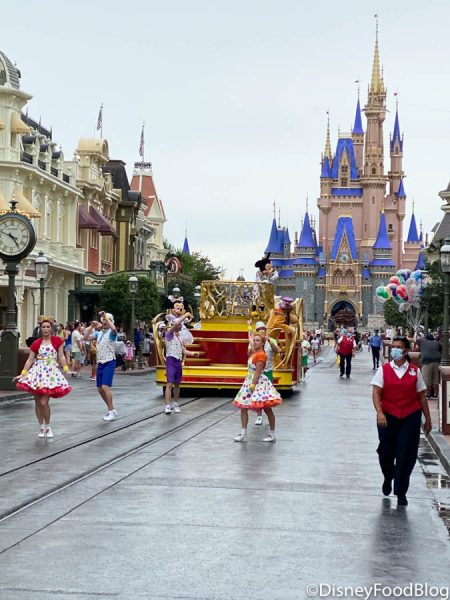 Although our visit was brief, we DID find a bunch of new updates for you! Check it out!

A little rain didn’t keep the Disney princesses away! Since there aren’t any parades or character meetings at Disney World right now, new Character Cavalcades show up at random times throughout the day. We got to see the Rainy Day Princess Cavalcade yesterday! 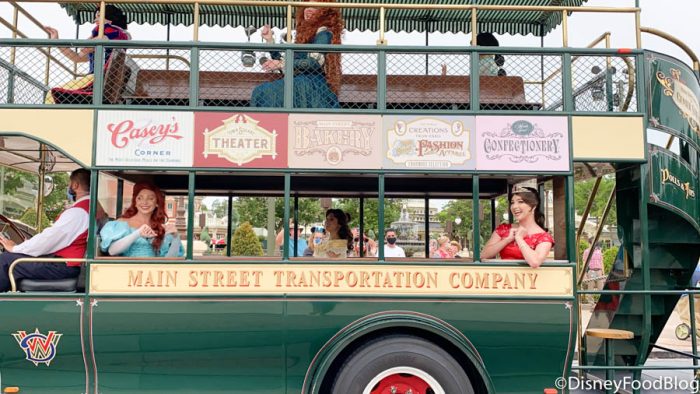 Snow White, Merida, Jasmine, Belle, Ariel, and Elanor of Avalon were staying nice ‘n’ dry on their double-decker bus as it headed down Main Street, U.S.A.. Cinderella, Tiana, and Rapunzel made special guest appearances as well!

The area next to Casey’s Corner has been walled up for some time, but the construction walls really seem to have expanded lately! 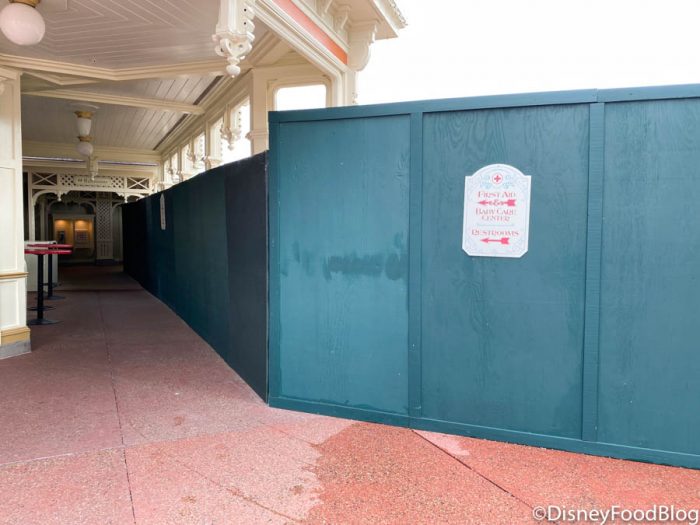 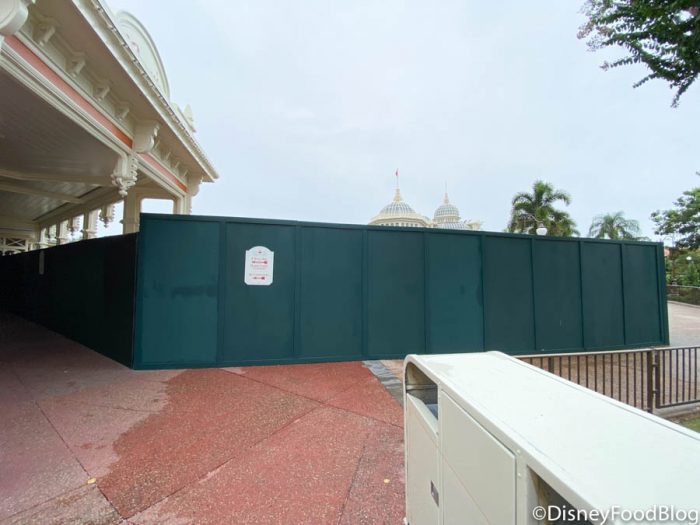 While we’re on the subject of Casey’s Corner, here’s something we’ve never noticed before — it’s a FuelRod kiosk is themed after the restaurant! If you’re not familiar with FuelRods, they’re portable rechargeable batteries you can purchase and swap out at other locations throughout the parks. 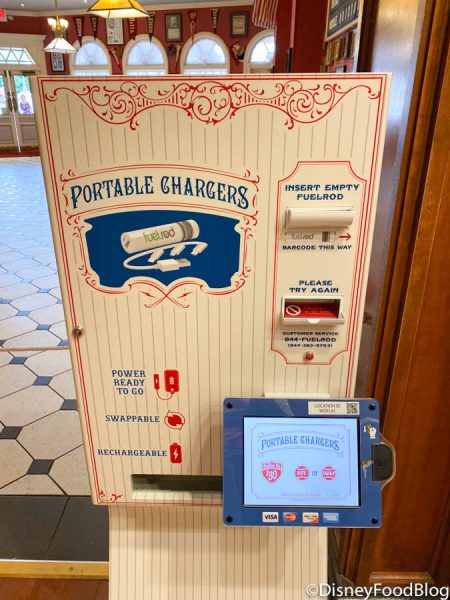 FuelRod has recently updated its swapping policy, so make sure you read this before you go to see how FuelRod swapping works now!

The skies might be gray and cloudy outside, but check out this Tropical Mickey Shirt for $36.99 we found inside the Emporium! 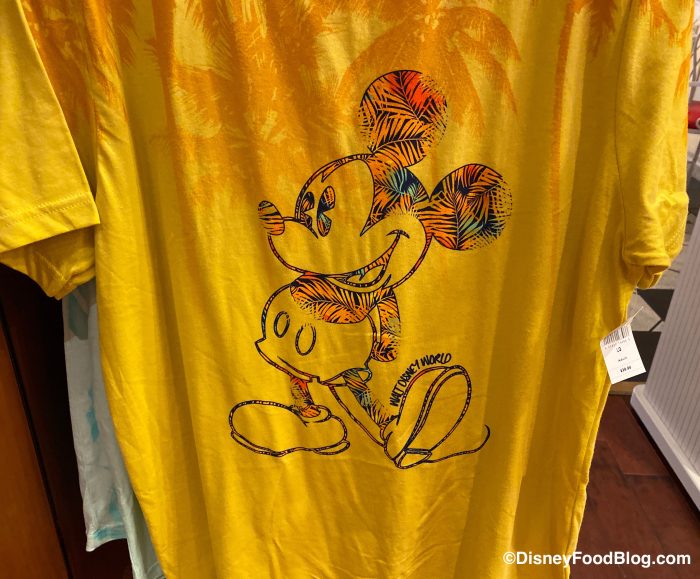 There was also this cute Walt Disney World Shirt for $36.99 that was giving us major Hawaiian vibes! 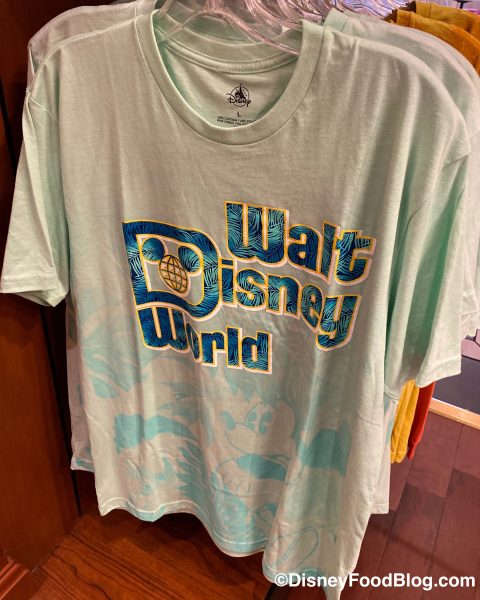 We might have to stop over at Aloha Isle and pick up a Pineapple Dole Whip after seeing this!

We thought we’d somehow stepped back in time we saw these throwback shirts at Star Traders featuring some rare characters from 90s and 2000s Disney movies! 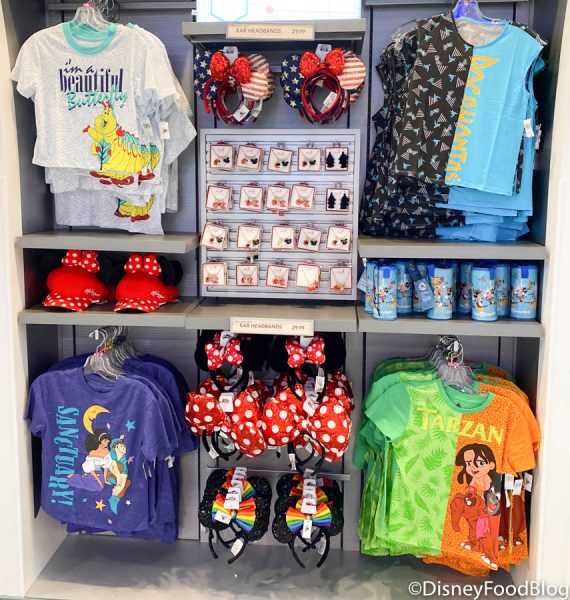 We saw that new Heimlich from A Bug’s Life, Pocahontas, The Hunchback of Notre Dame, and Tarzan styles had just arrived!

Let’s hear it for the toys! We discovered a bunch of cute new tees had also just been stocked at the Buzz Lightyear Space Ranger Spin Shop. Check out this adorable Youth Reversible Ducky and Bunny Shirt for $24.99. 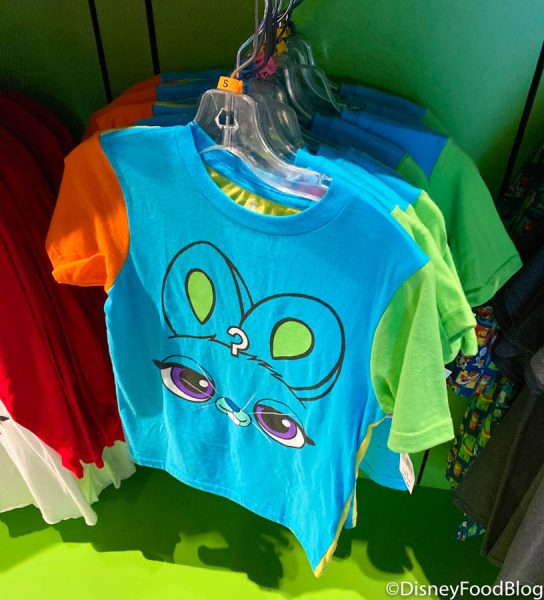 When you turn it inside-out, it morphs into Ducky! 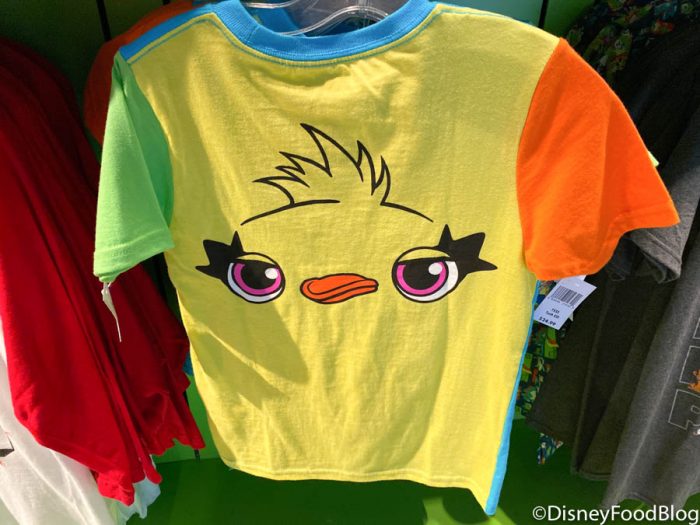 Duke Caboom has arrived at Magic Kingdom! The crazy Canadian daredevil is the star of the baseball shirt for $34.99. 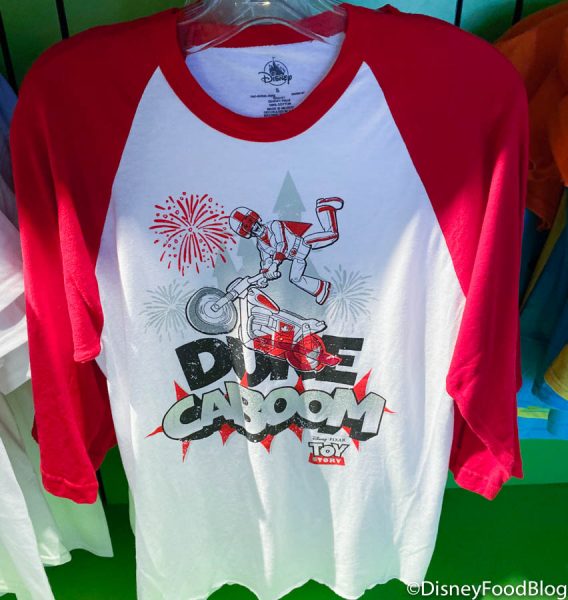 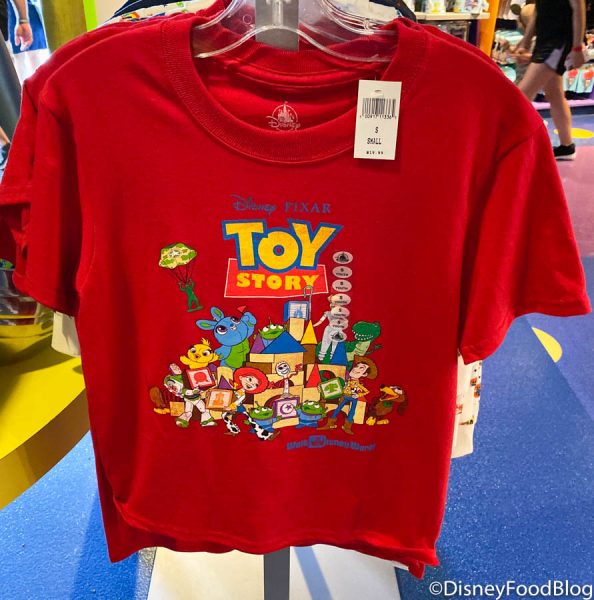 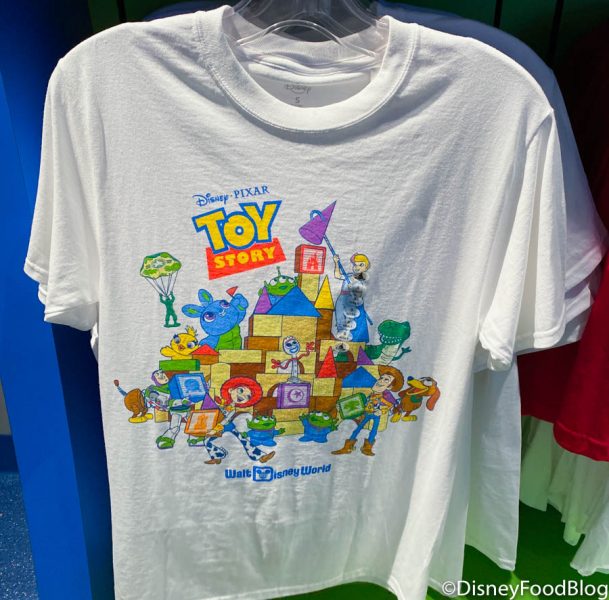 Well, friends, that wraps up this installment of What’s New at Magic Kingdom! We’ll be back in just a little bit with some more updates for you. Until then, be sure to check out all the new Avatar merchandise we’ve just spotted at Pandora in Disney’s Animal Kingdom here!

Boarding group release times for Rise of the Resistance at Disney’s Hollywood Studios have changed! See what they are now — here!

Have you visited Magic Kingdom since the park reopened? Tell us about your experience in the comments below!

« The BEST and Most COMFORTABLE Face Masks We’ve Found After Wearing Them All Day Every Day For a Month!
What’s New at Disney’s Wilderness Lodge — Rainbow Snack Luggage, Minnie Sandals, and a Special H20+ Offer! »