There have been a lot of eyes on Disney’s Grand Floridian Resort lately! 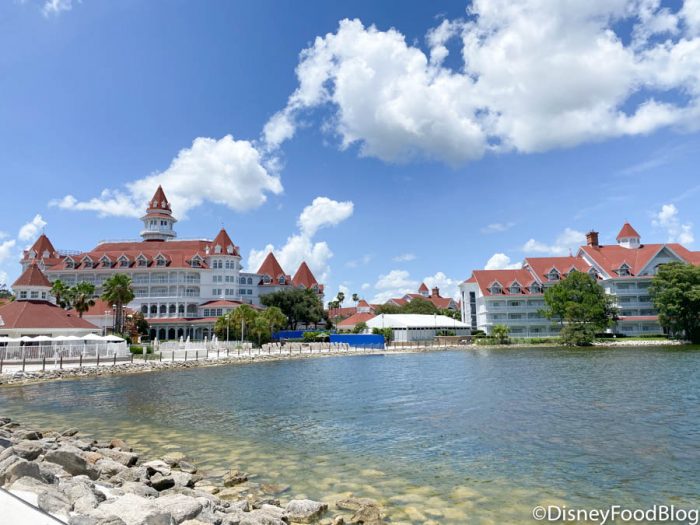 The NBA will soon resume its 2019-2020 season in Disney World, and many NBA players are staying at Disney’s Grand Floridian Resort. We even caught a glimpse of their Disney bubble barbershop that was sticking up over the big blue privacy wall.

But even outside of the NBA news, we’ve been keeping a close eye on Grand Floridian Resort — especially this construction area we’ve been monitoring for quite some time. Although Disney hasn’t officially confirmed what the project is, we’ve presumed that it’s a walkway connecting the resort and Magic Kingdom. As you can see below, today our suspicions were CONFIRMED! 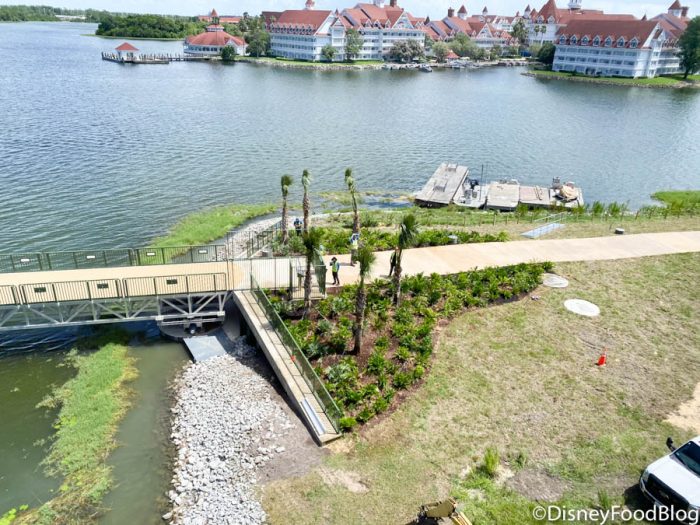 Ladies and gentlemen, we have a BRIDGE! A brand new pedestrian bridge has just been installed over the waterway between Disney’s Grand Floridian Resort and Magic Kingdom. 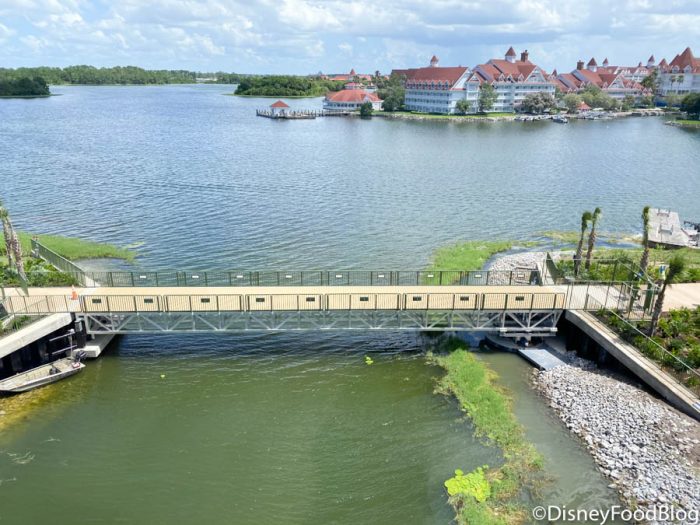 Off to the side, we saw lots of construction equipment, and big pieces of metal framing were laid out in the grass. We’re not sure if these are for the walkway or something unrelated, but the progress on this project is exciting to see! 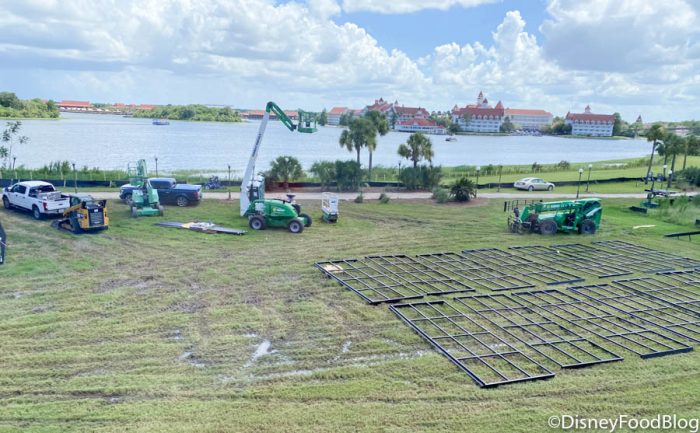 The construction area is still off-limits to guests, so don’t get any ideas! But, if you’re riding the Monorail from Disney’s Grand Floridian Resort to Magic Kingdom you can see the construction for yourself outside the window — and we’ll continue to provide more updates as they’re available!

Check out the new Tower of Terror Minnie Ears that have just dropped into Hollywood Studios here!

Are you going to Magic Kingdom this weekend? Let us know if you’ll be on the lookout for the new bridge in the comments below!