Though we love the Disney parks, Disney also does a pretty darn great job on their movies!

Of course, we’ve all got our favorite Disney movies. Some of us like the mainstream modern hits like Frozen. Maybe you’re a Pixar fan who lives for Toy Story. Or maybe you like an underappreciated classic like The Hunchback of Notre Dame. Whatever the case, there are some AMAZING Disney movies out there. Have you ever wondered what the most popular Disney flick is in EACH country?

Well, now you can find out! Thanks to Parkdean Resorts, we’re taking a look at a study of all of the most popular Disney movies in the nations around the world. All of this data was compiled from Google search data, and you might be surprised by what we find.

It’s not always Frozen, but…

…OK…a LOT of the time it is Frozen.

Alright, as you may have guessed, Frozen is a BIG TIME favorite. Turns out, folks around the world really can’t get enough of these regal sisters. The OG Frozen is the most popular movie in the United States, the Dominican Republic, Argentina, Peru, Norway, Finland, Ukraine, Russia, Australia, Japan, Myanmar, and more! 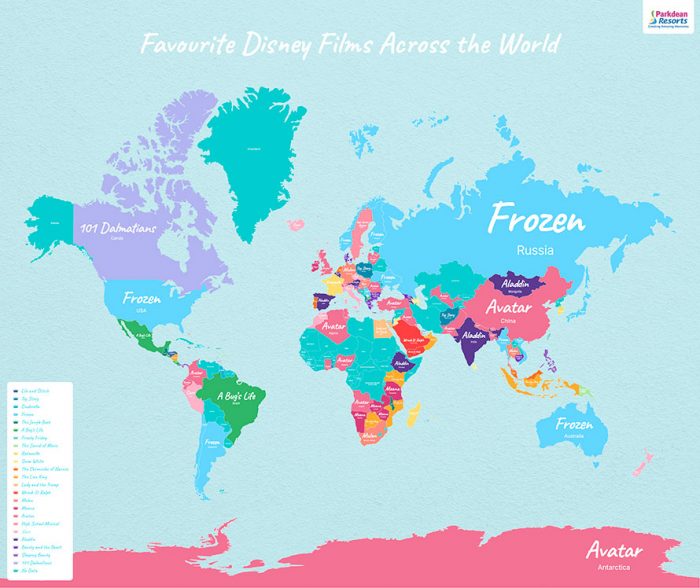 Frozen is also the most popular film when you combine the search data for ALL of the countries! It’s the most searched with approximately 1.9 million annual searches across the world. Perhaps unsurprisingly, the U.S.A. leads the pack with 1.3 million searches for Frozen in a year. No wonder we can’t get enough Frozen merch!

But the people of the world love Avatar too!

The runner-up for the world might surprise you! Turns out, folks still REALLY love Avatar around the world. It makes sense when you consider that Avatar is also the second-highest-grossing flick of all time! Fun fact: The only film to beat it is ALSO a Disney movie — Avengers: Endgame. 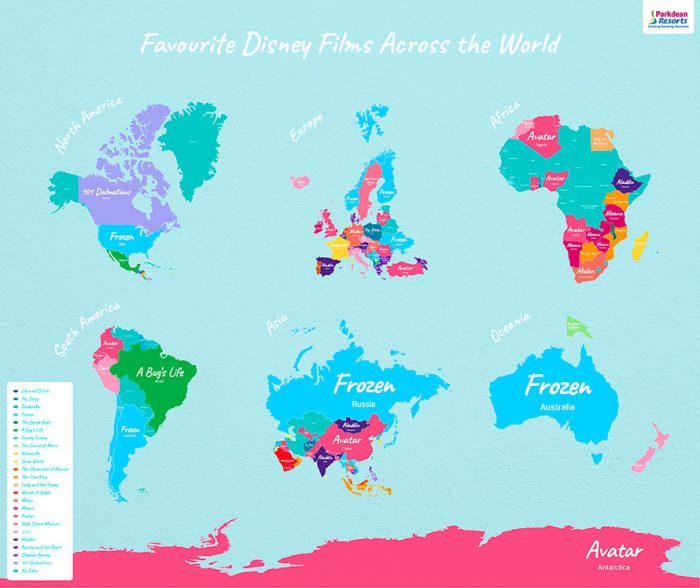 Avatar is the favorite in China, Algeria, the United Kingdom, Colombia, and more. It comes in just under Frozen with 1.8 million searches annually around the world. Canada is actually Avatar‘s biggest fan with 665,000 searches annually — even though the country’s favorite movie is 101 Dalmatians!

Want to see how Avatar is represented in the Disney theme parks? Click here!

But enough about Frozen and Avatar, let’s take a look at that top ten! In order from most searches to least searches annually the top ten Disney films in the world are:

Hmm… We definitely have some favorites that made the list — but others are missing! Where are all these A Bug’s Life fans hiding?!

Looking to rep your love of Cars? Click here!

You might think that countries would like a film more if it’s set in their country, and you’re right — sometimes. 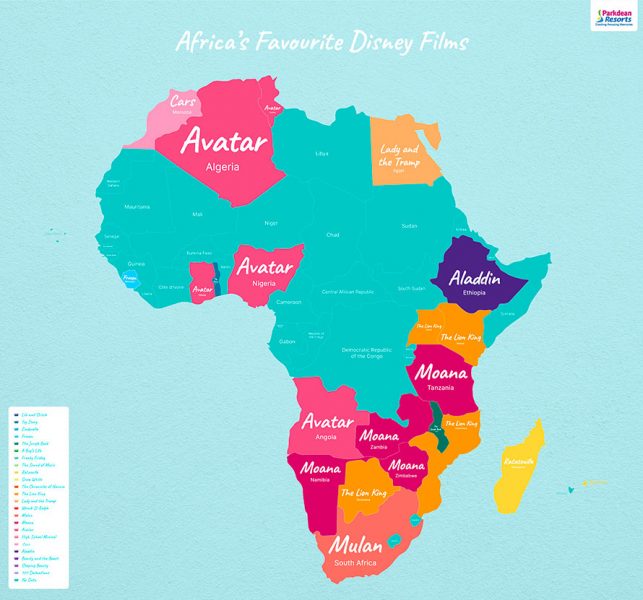 On the other hand, China would take Avatar over Mulan, the U.S.A. takes Frozen over Cars, and Germany takes Mulan over Snow White and the Seven Dwarfs. It looks like sometimes a really good story means the setting doesn’t matter!

Did you know there was a Lion King DAY in Disney World? Click here to check it out!

A surprising number of live-action films are popular!

Perhaps the most surprising thing is all of the live-action films that reign supreme around the world! After all, Disney is known for animation, old and new. So, we were a little shocked to see titles such as Avatar, High School Musical, and Chronicles of Narnia popping up as favorites across the globe. 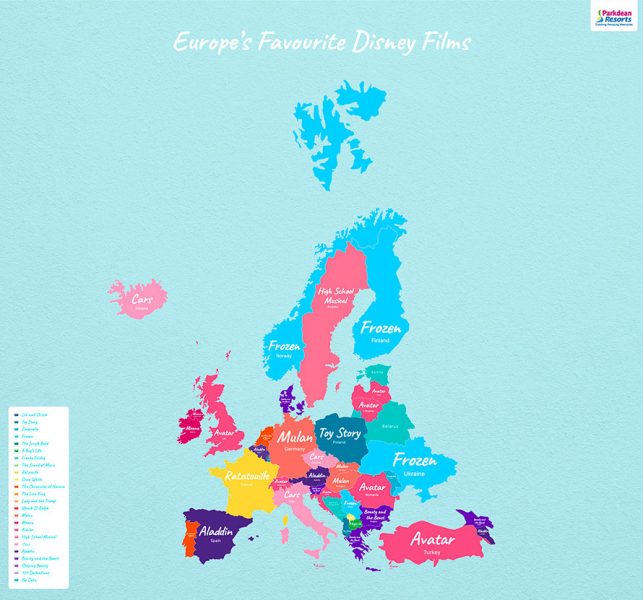 Wow, that’s some pretty cool data! We can’t say we’re not a little confused as to why some more underrated favorites didn’t make the big leagues, but we love all of the Disney films that DID too. If you need us, we’ll be binging the best Disney movies in the world…for science.

Do you have the same favorite Disney movie as your country? Tell us in the comments!

« What’s New in Disney’s Hollywood Studios: New Brews, The Return of the Sweet Cream Cheese Pretzel, and Disney Junior Play and Dance!
NEWS: Isaias Is CONFIRMED as a Tropical Storm as It Makes Its Way Towards Florida »