We noticed quite a few missing iconic snacks around Walt Disney World since it reopened. 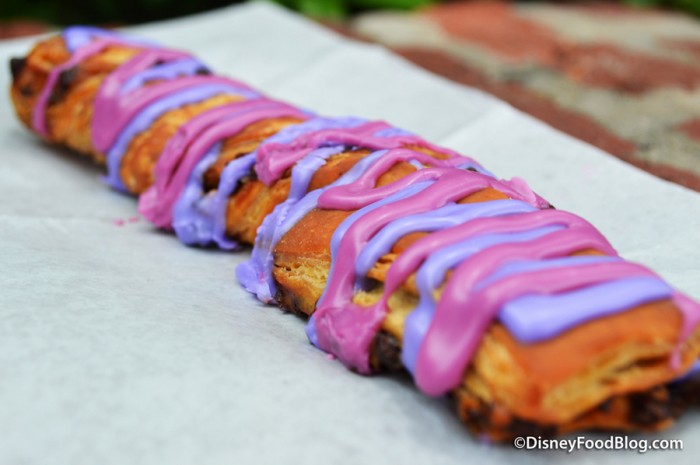 The Peter Pan Float disappeared from Storybook Treats at the Magic Kingdom and the Simba Pretzel is nowhere to be found in Disney’s Animal Kingdom. Some restaurants have yet to reopen too. The Cheshire Cafe in Magic Kingdom serves the crowd-favorite Cheshire Cat Tail. The stand hasn’t reopened yet so we’ve been missing out on one of our favorite pastries!

Cheshire Cat Tail fans rejoice! We wanted to let you know that there is an almost identical version of the pastry in Animal Kingdom! We headed to the Isle of Java for our morning coffee and picked up another Tiger Tail Chocolate Twist. We wanted to be 100% certain that it tastes the same. 😉 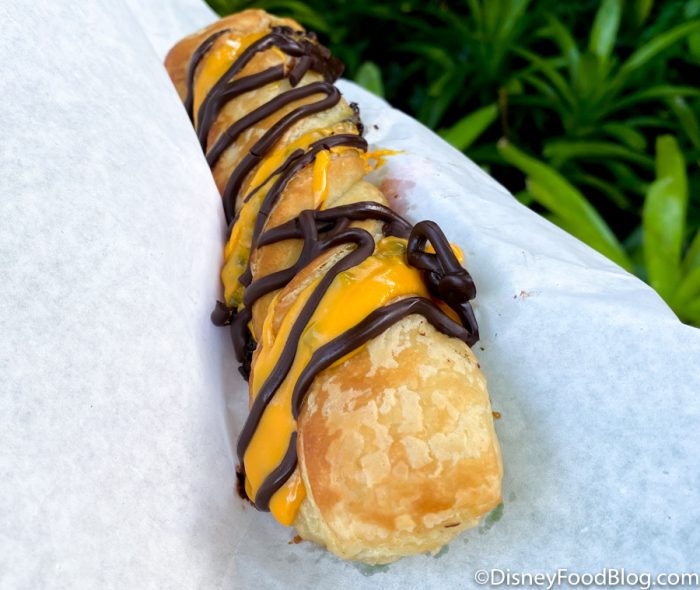 The only noticeable difference is the icing. The Cheshire Cat Tail matches the Alice in Wonderland character with purple and pink icing. The Tiger Tail is striped with black and orange icing. Both pastries are made with a flaky croissant crust and stuffed with chocolate. Yum! 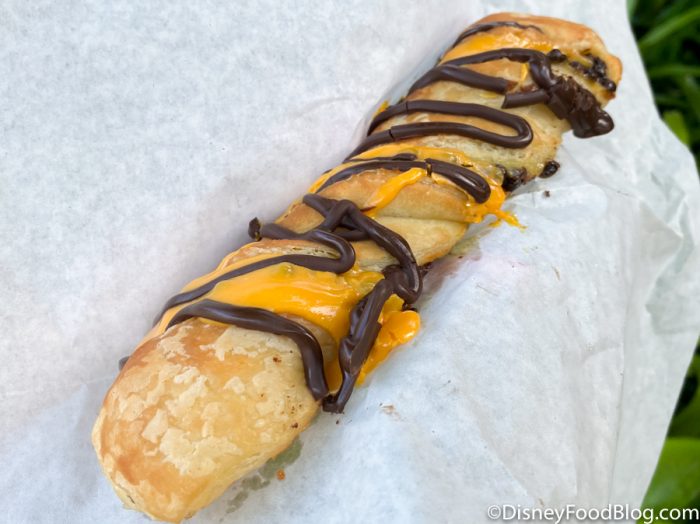 Even though you can’t snag a Cheshire Cat Tail from Magic Kingdom you can still hustle over to Animal Kingdom for a Tiger Tail that should hit the spot! The Isle of Java now has limited hours from 8:00AM to 11:00AM. You gotta get there early if you want to try this delicious pastry!

Check out our recent review of the new Korean Fried Chicken Sandwich from Animal Kingdom!

Will you be heading to Animal Kingdom for a Tiger Tail? Let us know in the comments!