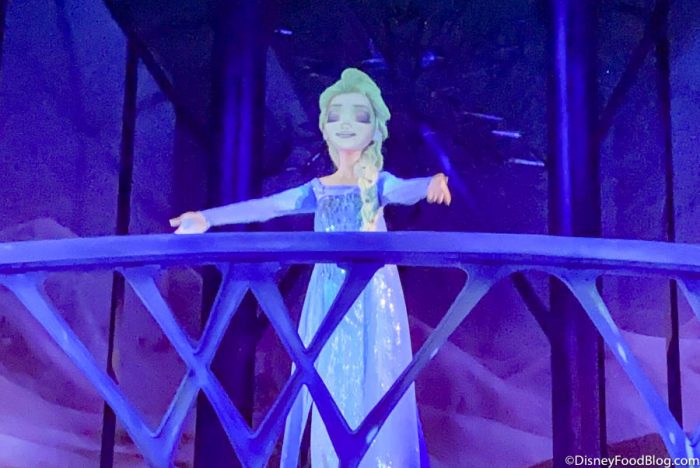 You gotta balance a love life, battle villains, and all the singing must get tiresome. Well yesterday, a rider named Christie got some footage of a super sleepy Elsa in the Frozen Ever After attraction at EPCOT and shared it on her Twitter. The video shows that Elsa pretty much let everything go!

During the Let It Go scene of the ride, Elsa works her magic and guests go soaring backward down the river. Yesterday, Elsa could hardly be bothered with all the silly magic stuff. Her eyes were about half-closed while she sleepily waves her hands to get those pesky guests out of her castle.

We get it, girl. We’re over 2020 too. Hopefully, Elsa’s a little more well-rested today! In the meantime, we’ll be watching this hilarious video over and over again.

Take a look at Elsa and Anna in EPCOT’s Character Cavalcade here!

What do you think? Does Elsa deserve a day off? Let us know in the comments!

« NEWS! Character Dining Is Returning to Disney’s Hollywood Studios With a Spooky Twist!
Photos! See What the Area Surrounding the New Ratatouille Ride in Disney World Looks Like NOW »