Just a few weeks ago, we shared with you that Disney’s Polynesian Village Resort will not be reopening until the summer of 2021 to finish some refurbishment work, including a Moana-inspired look for the Resort’s guest rooms.

The refurbishment work is set to begin in October, and now we’ve got a few updates on how that construction could impact your stay at Disney’s Polynesian Villas and Bungalows or simply a trip to dine at the resort.

If, during the next few weeks, you’ll be headed to the Polynesian, here’s what you need to know.

This morning, we spoke to a Disney Cast Member who told us that, beginning September 28th, the front desk at the Polynesian should be moving, temporarily, to a location within the Pago Pago building at the Resort. Currently, the front desk is located in the Great Ceremonial House — the main lobby building. This is also where the Resort’s gift shops and restaurants like Kona Cafe and Captain Cook’s are located. 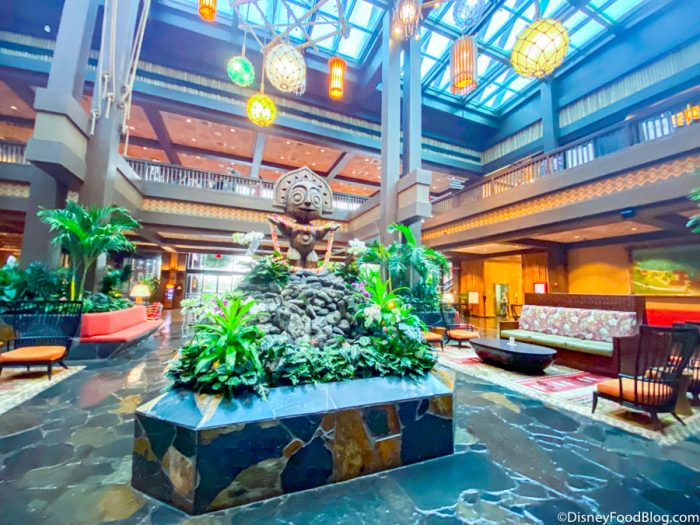 In the map below, the Pago Pago building is the one circled in red. The Great Ceremonial House is the one on the bottom left. 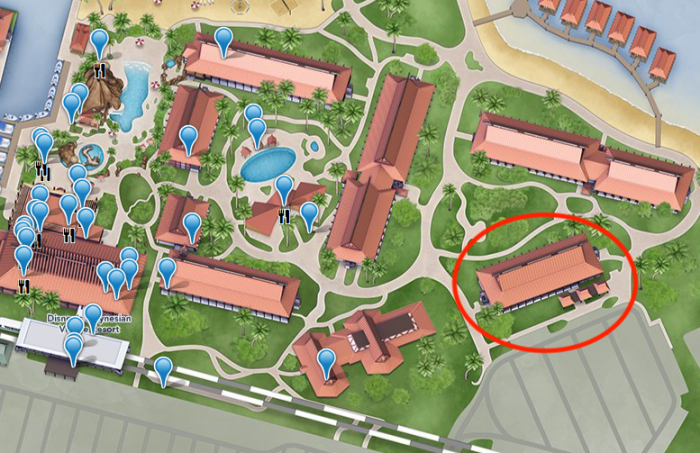 It is toward the right-hand side of the resort — closer to the Ticket & Transportation Center than the Great Ceremonial House.

The Cast Member we spoke to also stated that, beginning on September 28th, guests will not be able to enter the Great Ceremonial House via its traditional front entrance. 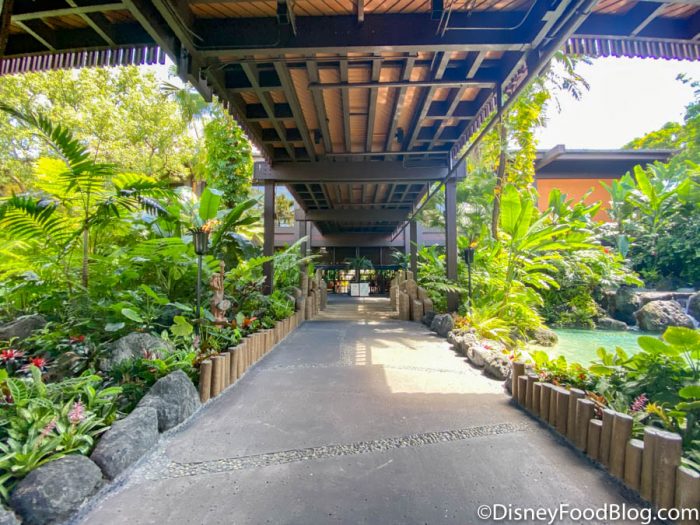 Instead, guests will only be able to access the building through the side and back entrances.

According to the Cast Member we spoke to, the refurbishment work at the Polynesian should begin on October 4th, and the construction at the Great Ceremonial House should generally take place Sundays through Thursdays from 10PM to 4:30AM. 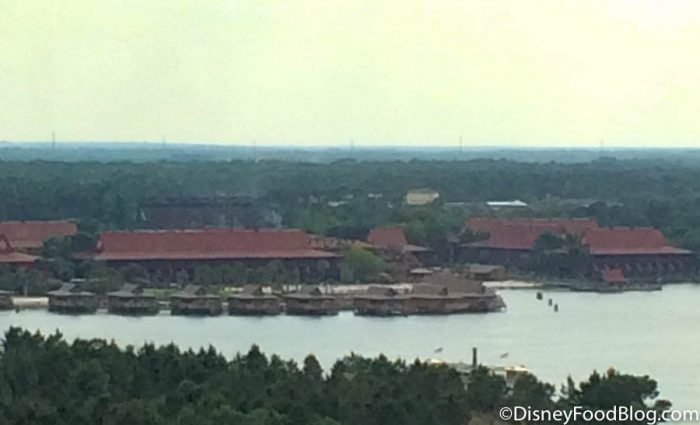 The Cast Member who we spoke to also said that some gift shops and restaurants within or around the Great Ceremonial House should have adjusted operating hours beginning October 4th. The restaurants/shops the Cast Member mentioned specifically are the following: Kona Cafe, Moana Mercantile, Tambu Lounge, and Pineapple Lanai. 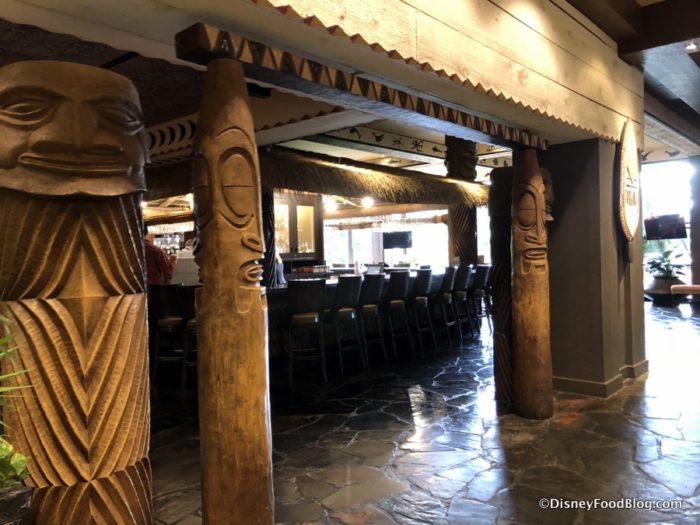 These shops and restaurants are, however, set to remain open during the construction.

As we’ve shared previously, as part of the renovations going on at the Polynesian, the monorail station at the resort will be closing temporarily. The Cast Member who we spoke to said that Disney Transportation has yet to announce an official date. Currently, the Walt Disney World website for the Polynesian states “The monorail service to this resort will be temporarily suspended beginning in early October 2020.” 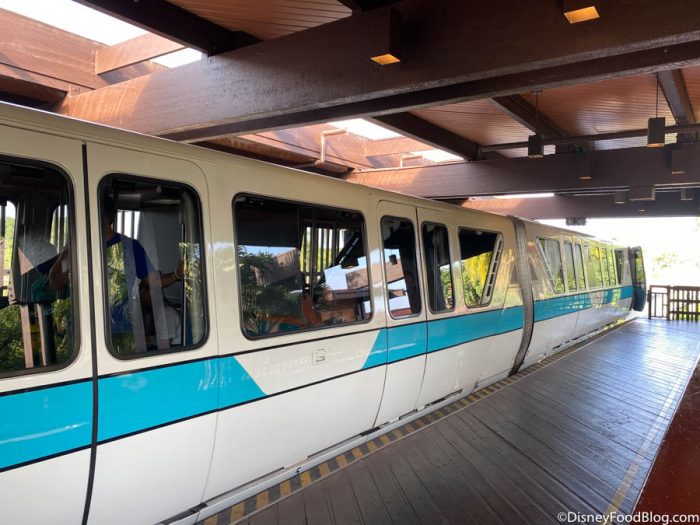 If you have reservations to stay or dine at this Resort in the future this is just something to keep in mind. The monorail station at the Ticket & Transportation Center is a relatively short walk away from the Polynesian, so you’ll still have the option to take the monorail to the Ticket & Transportation Center station and then walk the remaining distance to the Resort. 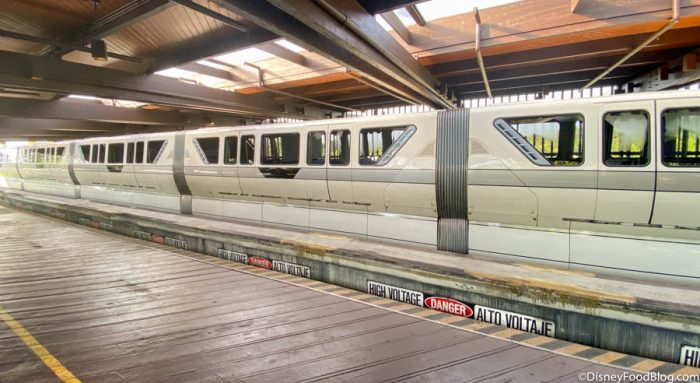 We’ll keep our eyes open for more updates related to the Polynesian, and all of the hotels in Disney World, and let you know what we find.

Our FAVORITE nachos are now available on mobile order from the Polynesian! Check out all the details!

Will you be staying at the Polynesian during any of this refurbishment work? Let us know in the comments!

« NEWS: Disney World Has Extended Hours For All Four Parks This Weekend
Disney World’s Charging HOW MUCH To Eat In The Castle Right Now? »