You’d be surprised how easy it is to make a fashion faux pas in the Disney Parks. 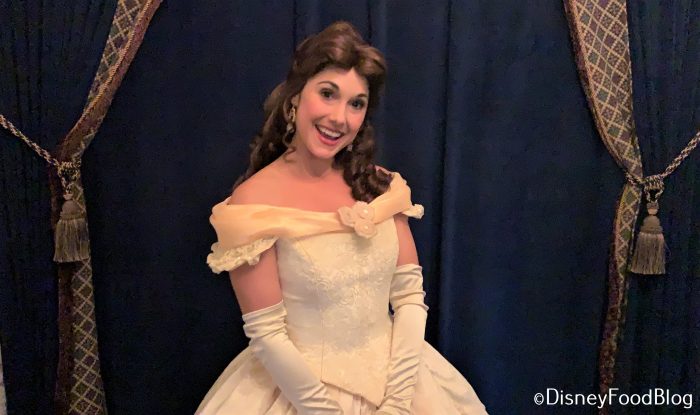 From a shockingly uncomfortable pair of shoes to the dreaded white t-shirt in the Florida rainy season, it’s not exactly DIFFICULT to mess up with the way you dress. But right now, there’s a pretty unique fashion mistake that you NEVER want to make, and it has to do with Halloween.

Since there are no Mickey’s Not-So-Scary Halloween Parties this year, Disney has (for the first time ever!) decided to allow guests of all ages to wear Halloween costumes in Magic Kingdom during regular operating hours from September 15th to October 31st. 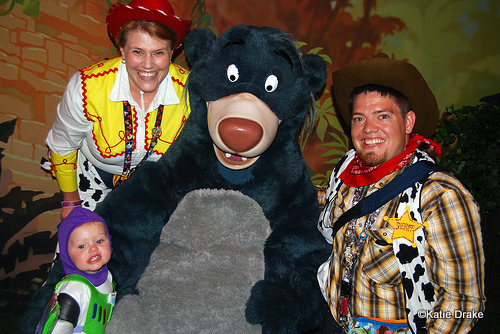 Woah! That’s a pretty big deal and honestly a super fun decision. Now, when we’re in the parks we see all sorts of folks dressed up in their spooky best or channeling their favorite Disney character. It’s super cute! BUT, there is a way that this fun policy can go pretty wrong; yup, it’s that BIG faux pas we were talking about.

We’ve seen a few instances of adults coming with costumes that are TOO good, which makes things tricky. Disney is a little vague on their rules so if you want to come dressed EXACTLY like Belle, you technically can. This might seem like a fun idea when you’re planning it, but if your costume is too good it can come with some complications. 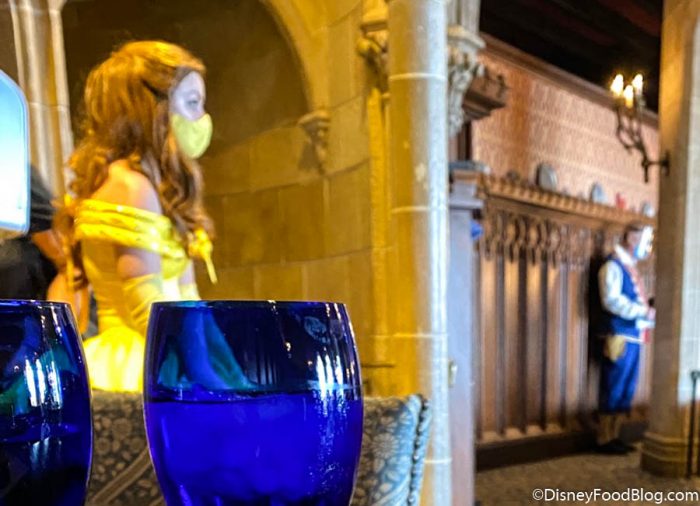 For one, you might run into an issue where other guests and their kiddos think that you’re the REAL Belle or evil Stepsisters (or another Disney character!). This can cause other guests to rush you for pictures which isn’t only disruptive, it also jeopardizes social distancing — making it a bit of a health hazard. That’s not good when safety is such a major concern. 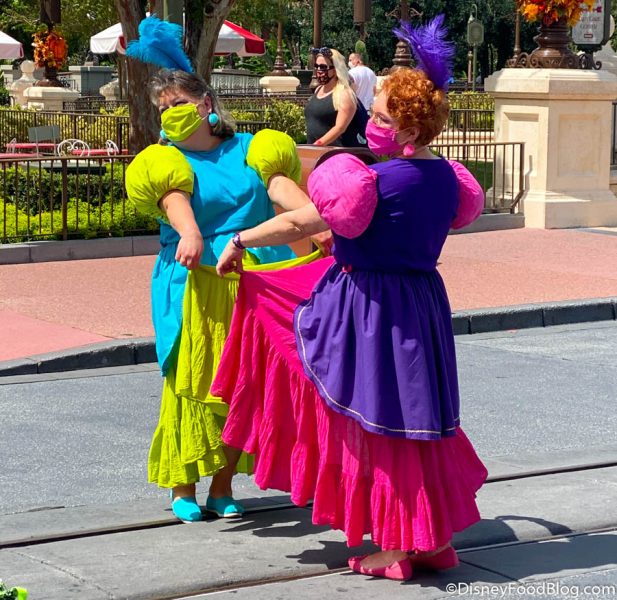 Guests Dressed as The Evil Stepsisters

Disney World is PURE MAGIC for kids and, especially with so much change in the parks right now, it can be mega confusing for little ones if they see what they think is their favorite character but in reality, is Becky from Idaho who just so happens to be crushing her sewing game. Kids are especially challenging for parents to maintain distancing and safety at all times but seeing a character right in front of them (or so they think) can lead kiddos to throw caution to the wind! Think of the kids!! 🙂 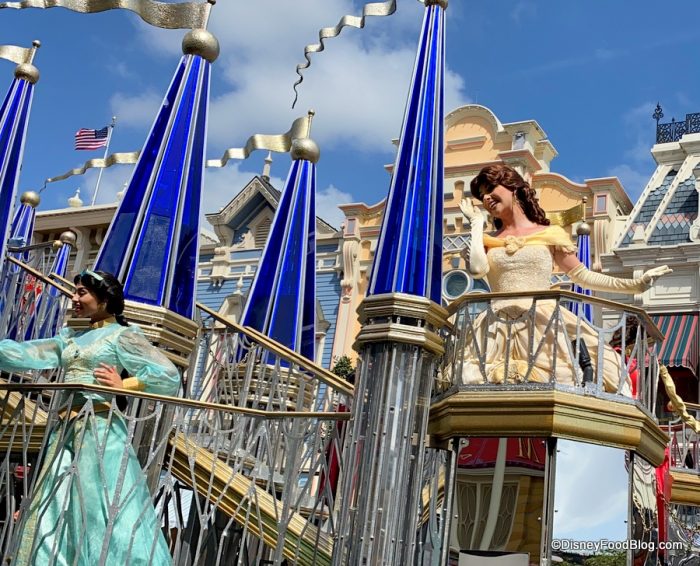 REAL Princesses in Their Cavalcade

In fact, the guest we saw dressed as Belle — who looked ABSOLUTELY GORGEOUS, like seriously killin’ it — ended up being approached by a group of Cast Members telling her to stop taking photos with kids. That could put littles in the tough situation of their favorite princess telling them they can’t have a picture. 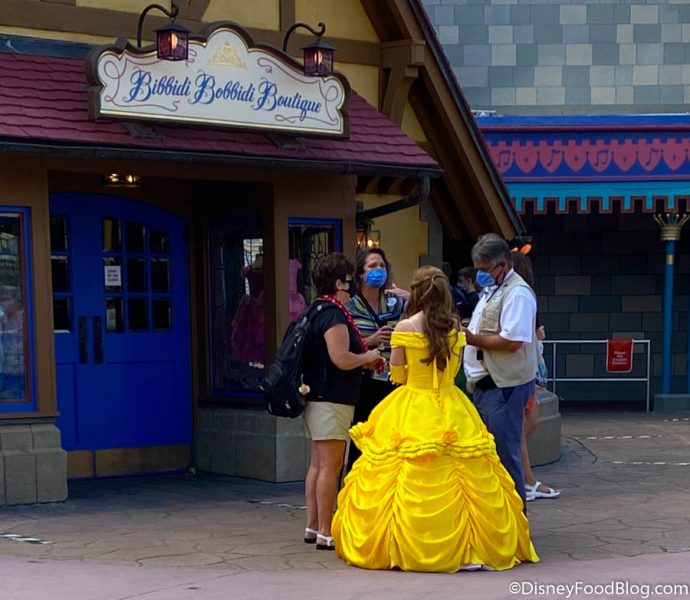 So, as glorious as these super realistic costumes might be, you might want to think twice before wearing one into the park. Grown-ups, be sure not to dress TOO well. Your pictures will be fantastic, but you could end up putting your health and the health of other guests at risk in doing so. 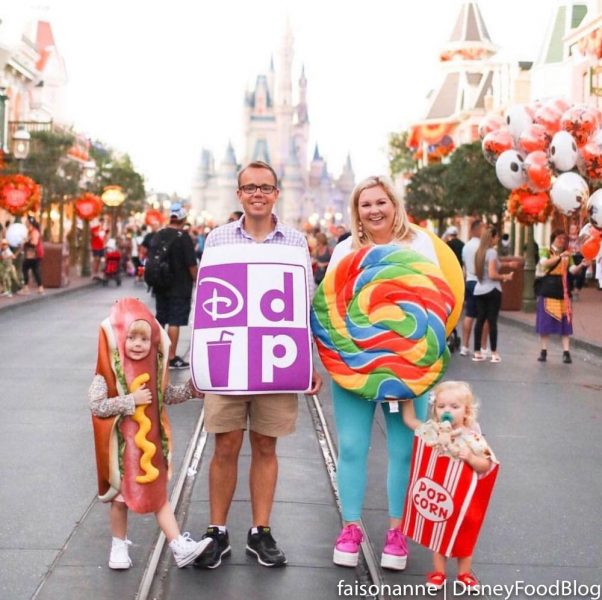 Photo Courtesy of the Weiss Family

If you do decide to wear a super realistic costume, consider adding a touch that breaks up the illusion. If Belle has blond hair or wears a baseball cap, or the Stepsisters have a Mickey poncho on, it could help to keep other guests and kiddos from rushing up. And have a plan to keep your distance in case folks DO head your way, for their safety and yours.

Click here to learn more about the modified Halloween celebrations in Disney World!

Have you worn a costume into Magic Kingdom? Tell us about it in the comments!

« This Vibrant Disney x Danielle Nicole Bag Has a Wicked Surprise!
Get Spooky With These DIY Disney Halloween Paper Crafts! »