When it comes to fueling up on coffee, Buffalo Tots, and Dole Whip (our own personal Disney World food pyramid), we’re ALWAYS on the lookout for helpful tips to make it all happen! And as easily as possible! 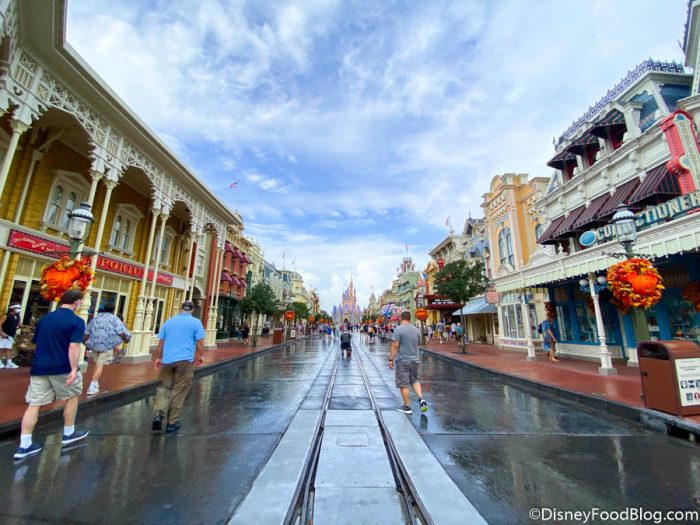 Between some exciting Friar’s Nook news and Dole Whip life hacks, we’ve got some HIDDEN secrets to spill from Magic Kingdom!

Like many restaurants in Disney World, Friar’s Nook was closed for a LONG time. In fact, the quick-service spot only reopened for the first time a few days ago, and thank GOODNESS, because we’ve had a tater tot-shaped void in our hearts for MONTHS! 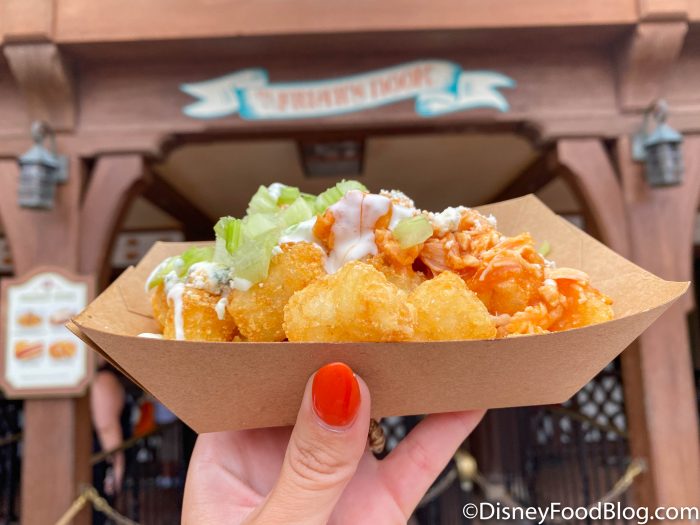 Now we’ve got some more juicy NEWS to report from Friar’s Nook: according to Cast Members, the restaurant going to be open EVERY DAY! That’s right, your buffalo chicken urges need not wait until the weekend!

Previously, when the restaurant first reopened, hours were limited to Fridays, Saturdays, and Sundays, clearly as a way to ease back into service in a safe, streamlined way. But any time we strolled through Fantasyland on a Monday, it was TORTUROUS! 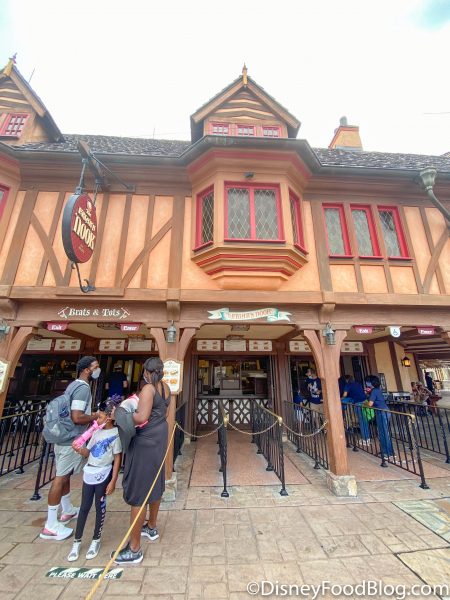 But this good news isn’t the only morsel to tell you about from the Nook!

Most visitors to Magic Kingdom don’t realize that in addition to tots and hot dogs, Friar’s Nook is one of the best insider-y places for coffee! 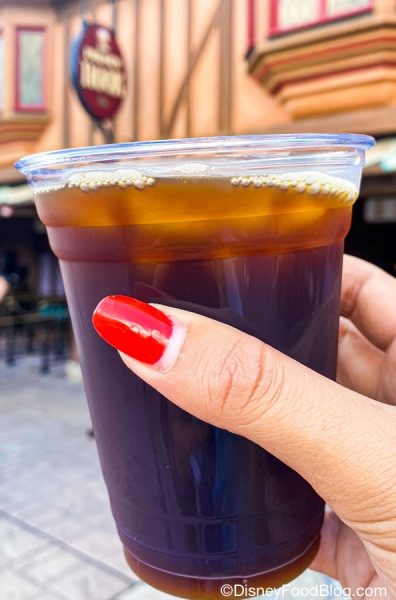 Any one who has braved the Main Street Bakery line to get their caffeine fix will understand the crucial importance of finding a sensible coffee solution. Because the only thing that tastes better than a cold-brew on a hot day is cold-brew you didn’t wait 20 minutes for! 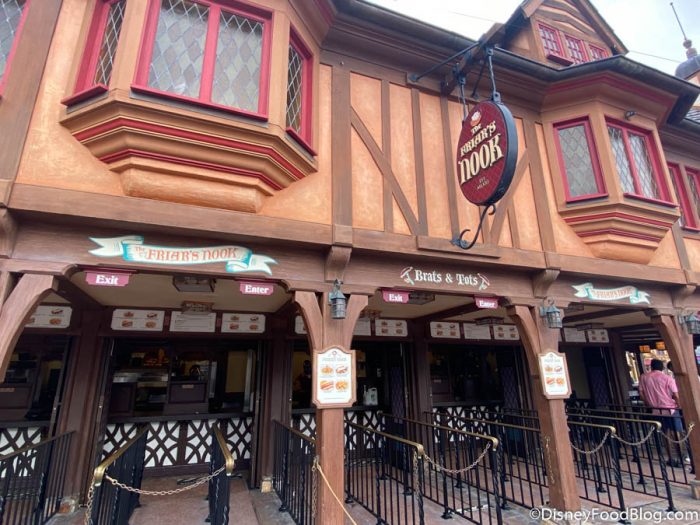 And speaking of quenching cravings on hot days, we’re ALL about living our best Dole Whip lives!

Now, you can never go wrong with the classic Dole Whip, but if you’re looking to shake things up a bit, we have the PERFECT idea: coconut! 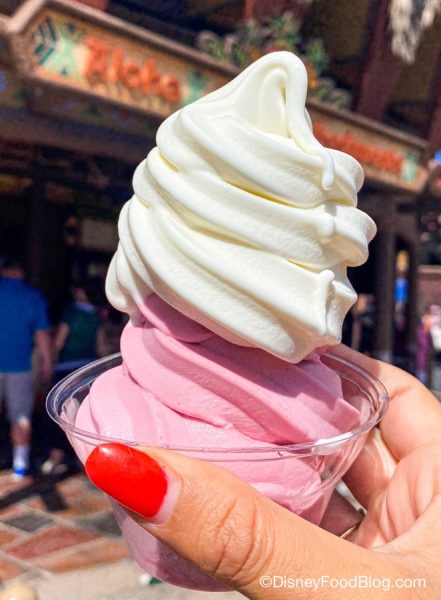 If you’re scratching your head, that’s because coconut is a newer soft serve flavor at Aloha Isle. And it doesn’t automatically come paired with raspberry! But we’ve never been ones to conform to Dole Whip norms… . 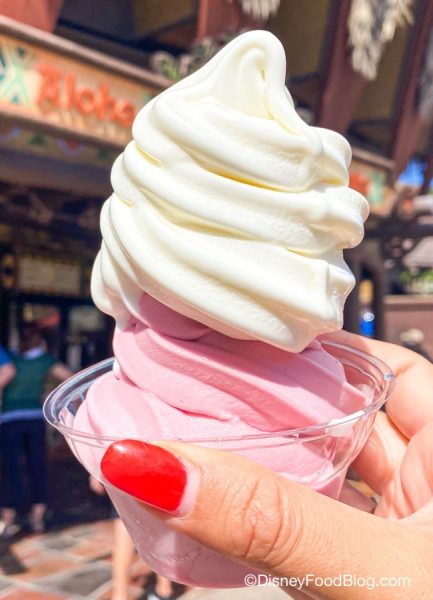 So if coconut+raspberry sounds like the DREAM that it is, all you gotta do is order another flavor (like raspberry or pineapple) via mobile order, and simply ask for a swirl of coconut when you arrive for pickup! 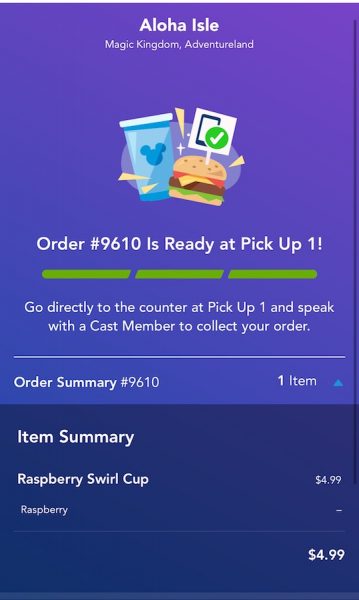 We’re BIG fans of this coconut soft serve, but our most recent obsession is raspberry and coconut! A swirl of raspberry on the bottom and coconut on top: allow us to introduce COCOBERRY™! Or is it RAZZNUT™?

Either way, we’re in Dole Whip HEAVEN! And we’d like to invite you to join us! 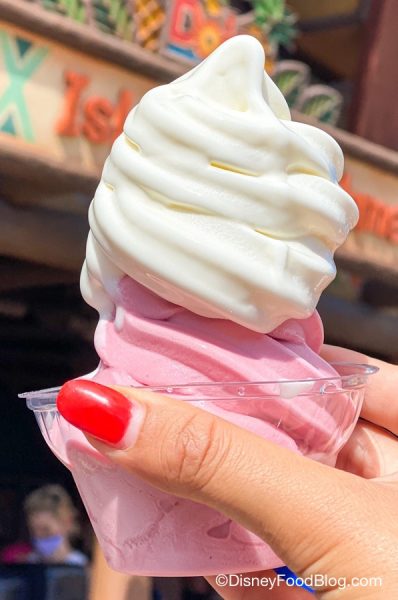 If you’re heading to Magic Kingdom soon and take your coffee/tots/Dole Whip as SERIOUSLY as we do, these tips should do the trick!

Check out another simple coffee tip that’s sure to save your morning at Disney World!

Are you Team COCOBERRY™ or Team RAZZNUT™? Let us know in the comments!

« This Disney Vacation Club T-Shirt in Disney World Welcomes You Home for the Holidays!
Cocoberry or Razznut? What Would YOU Name This NEW Dole Whip Hack in Disney World? »