The 2021 EPCOT Festival of the Arts has officially arrived and it’s time to enjoy all the wonderful artistic creations in the culinary, visual, and performing arts. 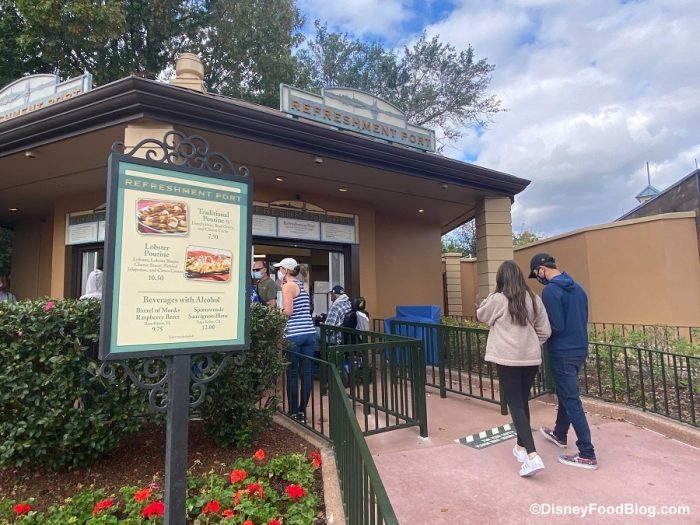 This year’s festival might be a little quieter than those in the past, but there’s still so much to see, do, and taste! And we’re taking you LIVE to explore it all with us!

And, of course, we’re eating our away around the festival. Although the Refreshment Port isn’t technically a food studio, there are some new offerings on the menu there in honor of the festival, so let’s dig in! 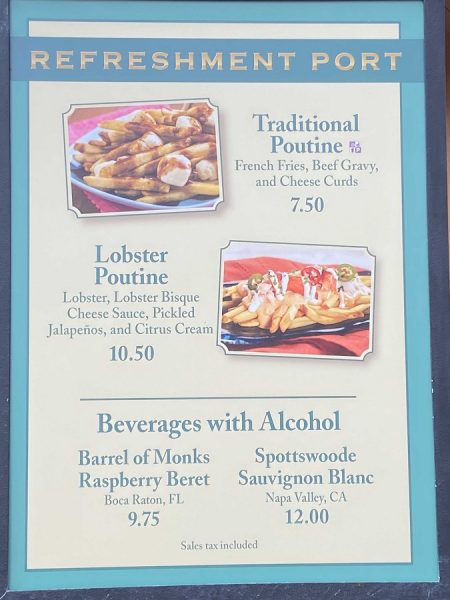 Although the Traditional Poutine is typically on the menu, there’s a NEW kind of poutine on the menu too: Lobster Poutine made with lobster, lobster bisque cheese sauce, pickled jalapeños, and citrus cream for $10.50. Can we just say, “Yum!” This spot served a similar option on chips last year (which we LOVED), but we have to say the poutine base might be even better! 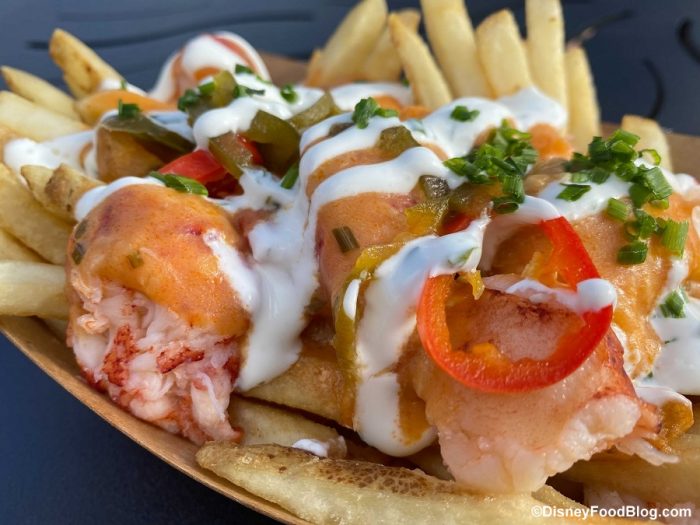 Thus portion is GINORMOUS and actually…heavy? We were surprised by the weight when the Cast Member handed it to us! It’s served warm with TONS of lobster. This eat is a surefire way to get your money’s worth.

The pile of toppings on these fries makes for some cheesy AND spicy goodness! Good thing we have a pretty yummy beer to wash it down with (More on that in a sec!). That lobster bisque cheese sauce is absolutely heavenly. It’s a great eat for lobster-lovers. Just beware the kick from the peppers!

If you need to wash down that poutine with a refreshing beverage, there are a few new choices available: Barrel of Monks Brewing Raspberry Beret for $9.75, and Spottswoode Sauvignon Blanc for $12. 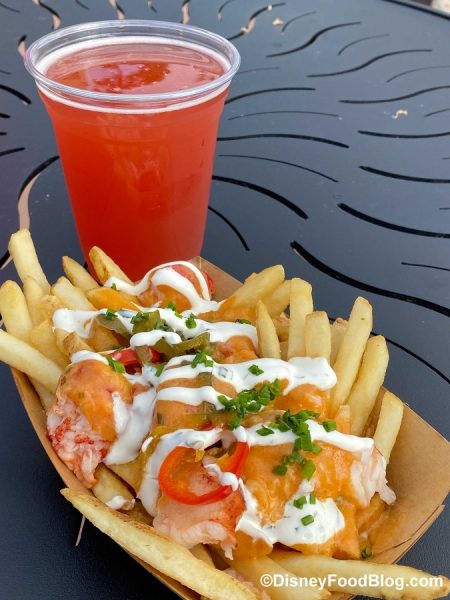 We tried the beer out and like it a lot! It had a very light raspberry flavor to it and wasn’t overly fruity. It’s super refreshing! 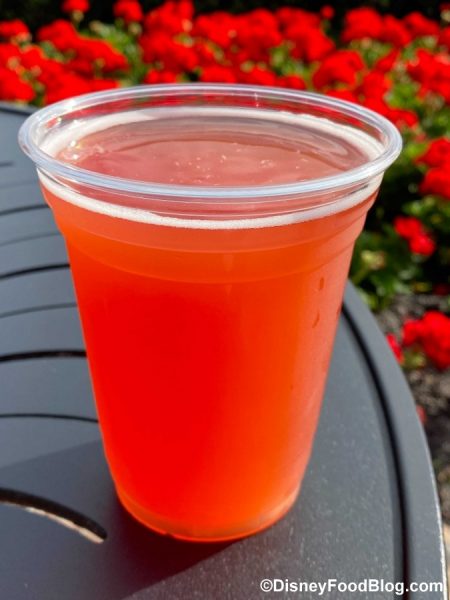 Overall, we’re digging the festival options at Refreshment Port! If you’re still hungry for more reviews, be sure to check out all our reviews of this year’s Festival of the Arts!

PICS: Check out the Festival of the Arts Photo Ops at EPCOT!

Want to Learn MORE About the EPCOT International Festival of the Arts?

What’s your favorite Festival of the Arts booth? Let us know in the comments!