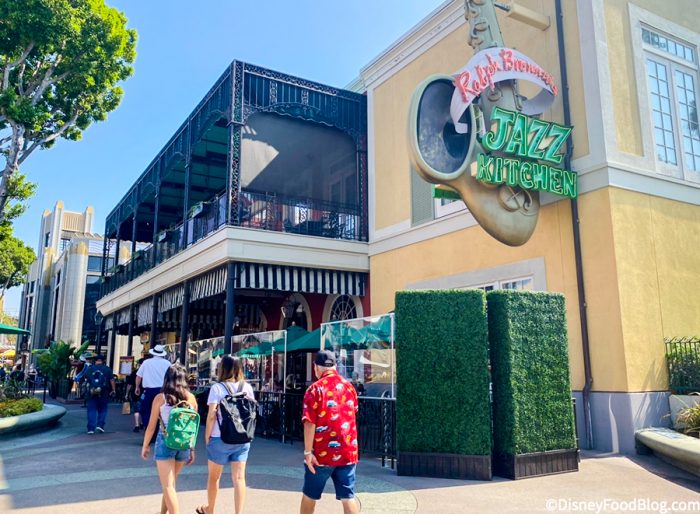 In Downtown Disney, we’ve found some new tasty snacks even as other locations are temporarily closing once more. And at Ralph Brennan’s Jazz Kitchen Express, we’re already preparing for Mardi Gras with some new seasonal treats!

The Mardi Gras Glazed Beignets come in fresh-baked batches of 4, 6, or 10. They’re your typical French style beignets dusted with powdered sugar — but with an almond glaze and Mardi Gras-colored sprinkles! 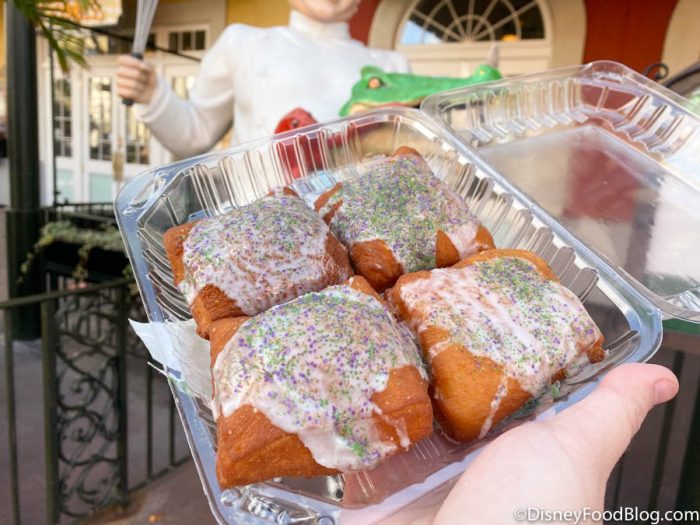 We found them super warm and fluffy — the menu isn’t lying when it says they’re made fresh throughout the day! Plus, we love the purple and green sprinkles. They’re so festive! 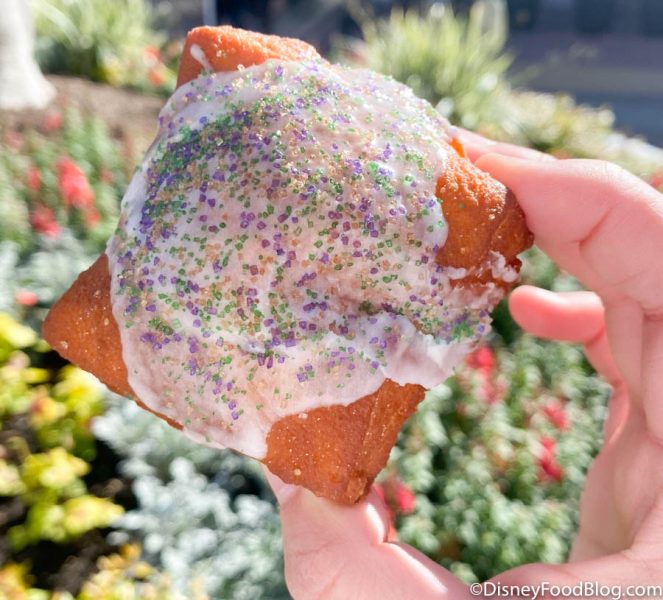 The beignets themselves were tasty and sweet, but the almond glaze was a little odd. The almond flavor didn’t come through, so the end result was strange. We would prefer to order the regular beignets instead! 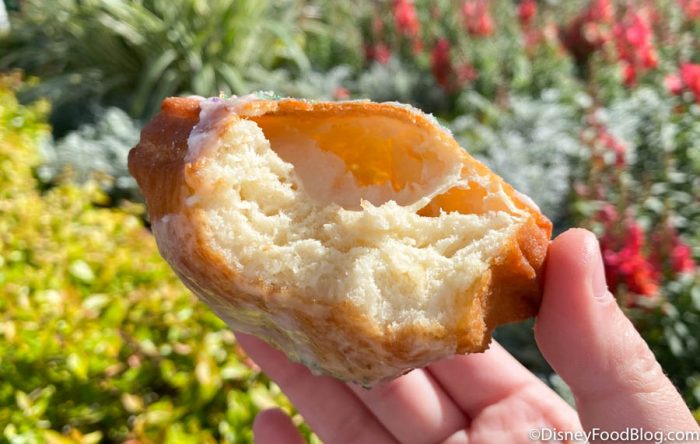 Still, beignets fans will want to give these a try. And if you’re not fond of the super-sweet, you may want to skip. The batch of 4 beignets is $8.49, and you can add dipping sauces for $1.49 each. Note that the dipping sauces aren’t seasonal — they’re your typical Ralph Brennan’s dipping sauces you can pick up any ol’ day. 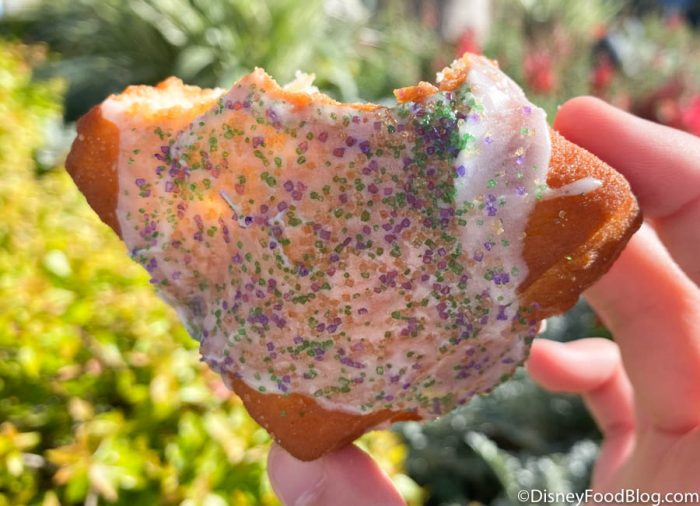 These beignets are a great way to get into the Mardi Gras spirit! Stay tuned to DFB for more Disney food reviews and updates!

Are you going to try these Mardi Gras beignets? Let us know in the comments!

« Guests Can Eat and Drink Around Downtown Disney Again
Review! These May ‘Bee’ The Sweetest Treats at Disneyland Resort! »