Disneyland Resort hasn’t even reopened yet, but there are BIG plans in the works for the theme parks!

Although Disney California Adventure is currently hosting the A Touch of Disney dining and shopping event that opened up every part of the park EXCEPT for the rides, Disneyland will reopen both parks (including rides) on April 30th, over a year after it initially closed. Today, we got news that Disneyland is already planning for the future, though. Disney recently revealed some new “long-term plans for theme park, retail, and parking expansion.”

The company is also working with the city of Anaheim to “reimagine what the resort district will look like over the next couple of decades.” 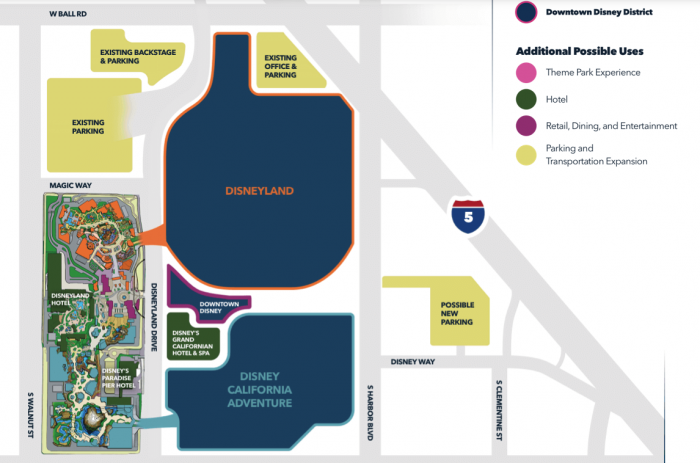 That sounds pretty exciting, right? Well, now Disneyland Resort President Ken Potrock has made a statement about that expansion in a letter to the Anaheim community. He wrote, “At Disneyland Resort, we are taking this time to dream beyond the now and think boldly about the future because bold ideas and thoughtful leadership aren’t just our legacy, they’re our best path forward.”

You can see the full email below. 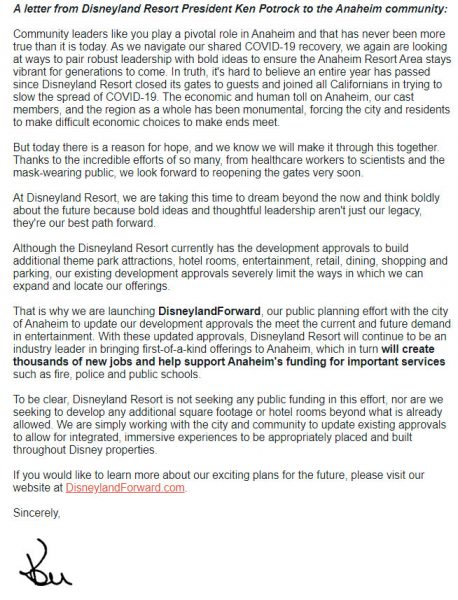 He also announced a public planning effort with the city of Anaheim called DisneylandForward. Disney will work with the city to “continue to be an industry leader in bringing first-of-a-kind offerings to Anaheim, which in turn will create thousands of new jobs and help support Anaheim’s funding for important services such as fire, police and public schools.”

Potrock did explain that Disneyland isn’t seeking public funding for the expansion and that the company isn’t looking to develop any additional property or hotel rooms beyond what has been previously allowed. The idea is to work with the city of Anaheim to update the approvals already in place to expand the resort.

This Ken Potrock quote is also listed on the new DisneylandForward website. 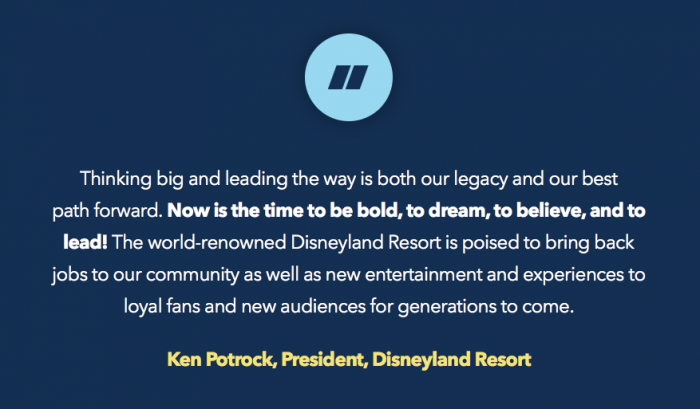 We’ll continue to follow the news about Disneyland’s expansion and keep you updated!

Read ALL about the Disneyland expansion!

What do you think of the Disneyland expansion? Let us know in the comments!