The first question we asked our Instagram followers was “Do you think the Star Wars hotel in Disney World will open in 2021?“ We put up a basic yes/no poll, and the results were pretty surprising! 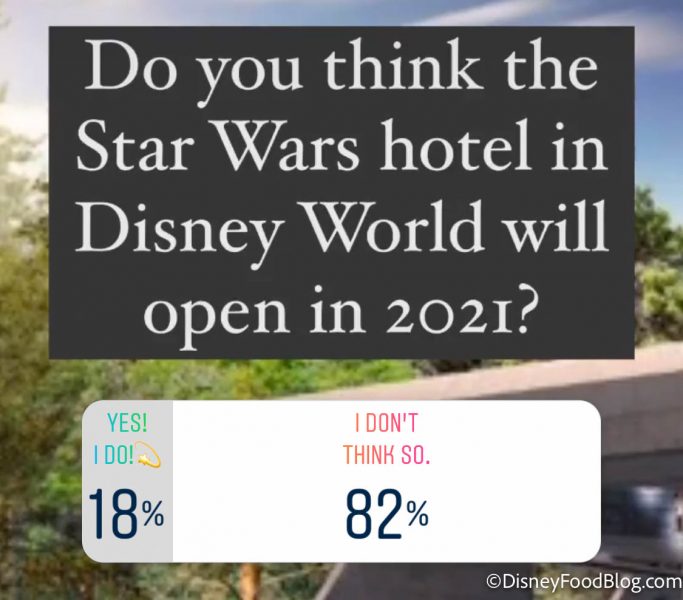 That’s what we call a landslide, folks.

82% of our followers said that they didn’t think it would be opening this year, which left only 18% to say that it would! Reservations for the hotel were SUPPOSED to open last year with the grand opening this year, but the pandemic delayed so many projects that this one could likely have been delayed as well.

At this time, we don’t have a set opening date (or even a date when they’ll open reservations), but we’ll make sure to update you as we get more details.

How Much Will Star Wars: Galactic Starcruiser Cost?

Our follow-up question to the first one was to ask our followers how much they think this immersive experience will cost. And let us just tell you, the answers were ALL over the board! 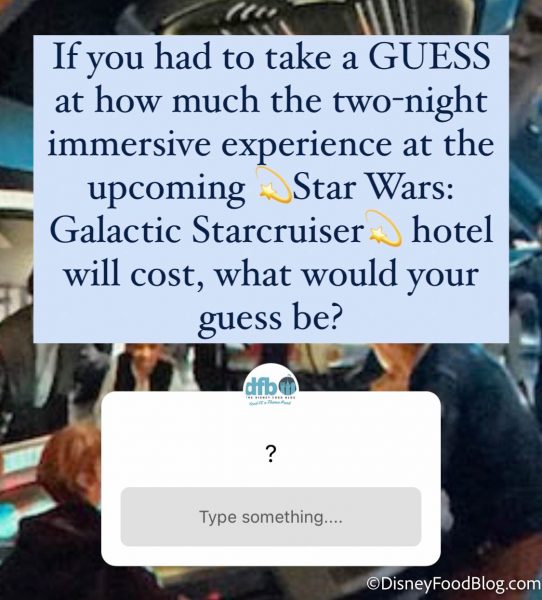 We got a WIDE variety of answers to this question!

Starting at the low end, we had a few people who guessed that a stay on the Halcyon would cost anywhere from $150-$300. (Dare to DREAM BIG!) As much as we wish this were the case, it’s probably not very likely, even if that price were “per night.” Those numbers are the price range on a value or moderate Disney World Resort, and the Star Wars: Galactic Starcruiser is likely to be priced as a one-of-a-kind deluxe experience.

Moving to the higher end of things, several of our followers guessed that the stay would cost $10,000 or more. We hope that their guess was based on a total price of a package here and not “per night” because otherwise, that would be QUITE over the top! We don’t have any real basis for a cost yet, but $10,000 seems a bit excessive for a two-night trip, considering that currently, Disney World’s most expensive rooms hover around $2000 a night.

The majority of answers fell in the $1000-$3000 range, and as far as we’re concerned, that seems like a pretty logical guess. It’s unclear how much will be included in the price of your experience. But with onboard activities, an excursion to Batuu, and special experiences, Disney can likely charge more than they would for a typical deluxe hotel stay and people would likely pay the difference.

However, those weren’t the only guesses. One person said “I mean, probably at least your firstborn, maybe more 😆” and another one said “an arm, a leg, and your firstborn child.” Hopefully, that doesn’t mean most of you are willing to hand over your firstborns… . We can’t speak for everyone, but we think a vacation would be a bit tense if we had to give up our firstborns — the other kids would never trust us again. 🤣 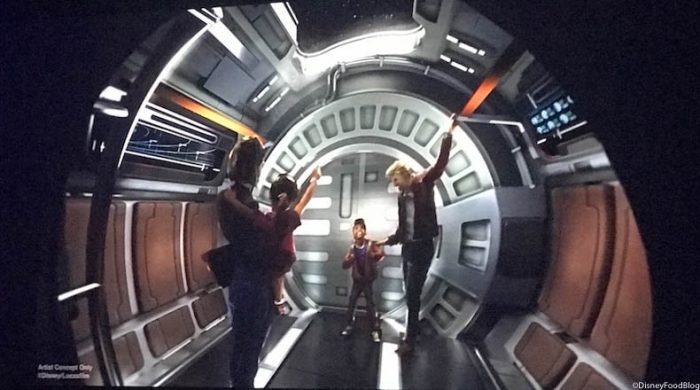 No matter when the hotel opens and how much it costs, we’ll make sure to update you as SOON as we get those details, so stay tuned to DFB! (But seriously, try to avoid considering trading your children to Disney for hotel rooms!) We’re carefully watching the most important Disney news to keep our readers on top of things!

Do you have plans to stay at this resort, or will you be skipping it?

« Disneyland Hasn’t Even Reopened Yet, and Things Might ALREADY Be Changing
Do You Know the CENTURIES Old History Behind This EPCOT Store? »