We’re takin’ a trip wayyy back in time today. 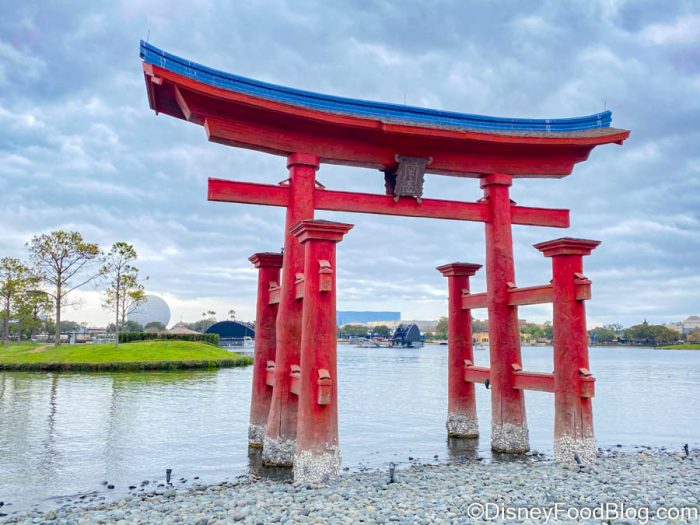 You may know EPCOT for its amazing food and exciting upcoming attractions — but there’s a lot to learn from the park, too! Over in World Showcase, you can travel around the globe and visit 11 countries. In each, you’ll explore unique merch and learn a ton! So today, we’re hopping over to the Japan Pavilion for a mini history lesson (but don’t worry, it’s actually REALLY interesting!).

If you’re a fan of the Japan Pavilion, you probably know allll about Mitsukoshi Department Store. That’s the gigantic shop in the pavilion — aka the home of unicorn mermaids, inflatable vases (what?!), incense, robes, fun candy, tea cups, and SO. MUCH. MORE. (Seriously, they basically sell EVERYTHING here and it’s awesome.) But what you may not know is that this company has been around for centuries! There’s a storied history that all leads up to the Mistukoshi WE know in EPCOT. Let’s dive in! 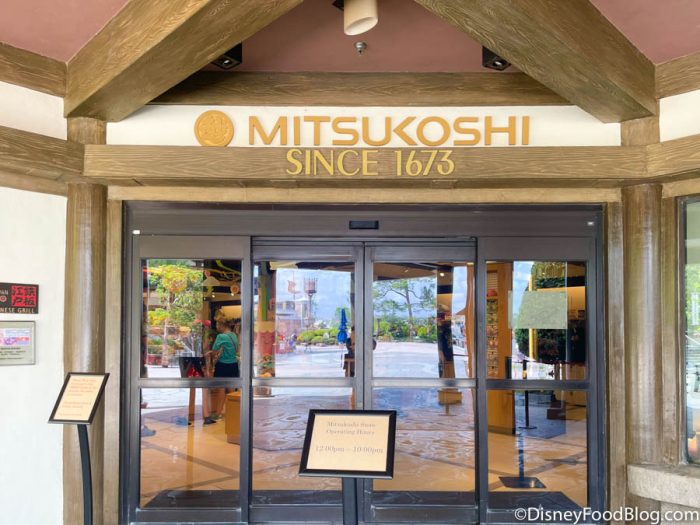 The company was founded wayyy back in 1673, when the very first Mitsukoshi store was established in Tokyo as a Gofuku Store (that’s a store for traditional Japanese clothing!). It was called Echigo-ya. Then, in 1893, it merged with the Mitsui Business Group, transforming into the Mitsui Gofuku Store. 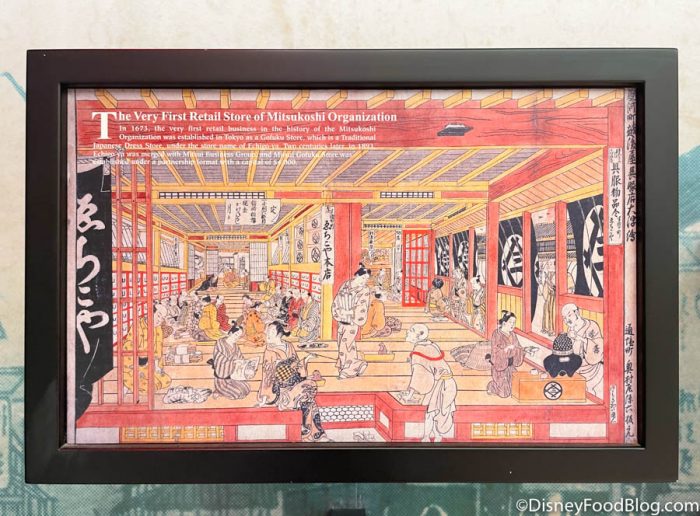 But the Mitsui Gofuku stores were growing fast! In 1904, the business became a public stock corporation — the Mitsukoshi Gofuku Company, Ltd. When this happened, the company officially declared itself a department store, and Mitsukoshi as we know it was born. With this new change, it also became the first westernized department store in the Japanese retail market! 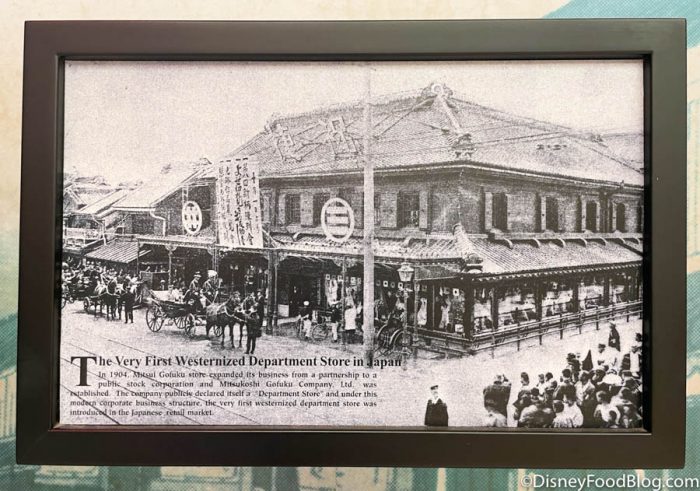 1960 was a pretty big year for the company. Mr. Gengen Sato, the leading artist of the nation, finally completed “The Statue of a Goddess” after NINE years of hard work. The statue was revealed on April 19th, 1960 in the lobby of the Mitsukoshi Main Store in Tokyo. It was a representation of the company’s motto: “Service with Sincerity.” And guys, it’s a seriously impressive statue. 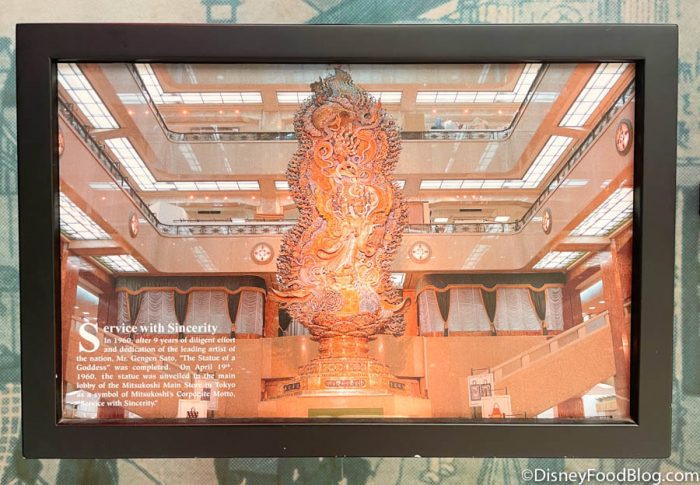 Today, Mitsukoshi’s established itself as the leading company in Japan’s retail business. That’s a pretty big deal! The stores emphasize “timeless tradition” that “harmonizes with the sparkling elegance of modern society.” Think about THAT next time you pop into the Japan Pavilion for a stroll! 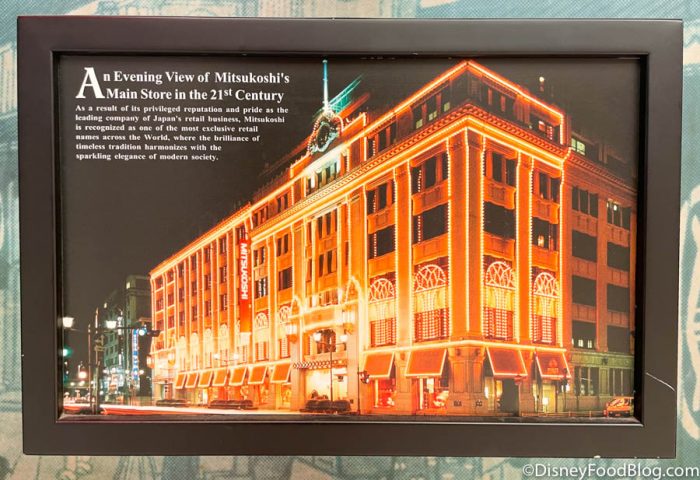 Mitsukoshi is also the host and sponsor of the Japan Pavilion. They’ve been around since the opening day of EPCOT in 1982! In fact, while there are a number of Mitsukoshi stores around Asia, the one in EPCOT is the only one in North America! You can read all about the Mitsukoshi Department Store’s history for yourself next time you stop by the pavilion. It definitely pays to slow down and take it all in — we definitely learned a thing or two! As always, stay tuned to DFB for more Disney news (and some fun facts along the way). 😉

Check Out Some Unique Merch You Can Find at Mitsukoshi Department Store!

Do you like shopping at Mitsukoshi Department Store? Let us know in the comments!

« YOU Think Disney’s Star Wars Hotel Will Cost 10K and Your Firstborn Child 🤣
What Exactly Is In a $90 Adult Easter Basket in Disney World? »