We recently reported that some Disney Skyliner gondolas crashed into each other. 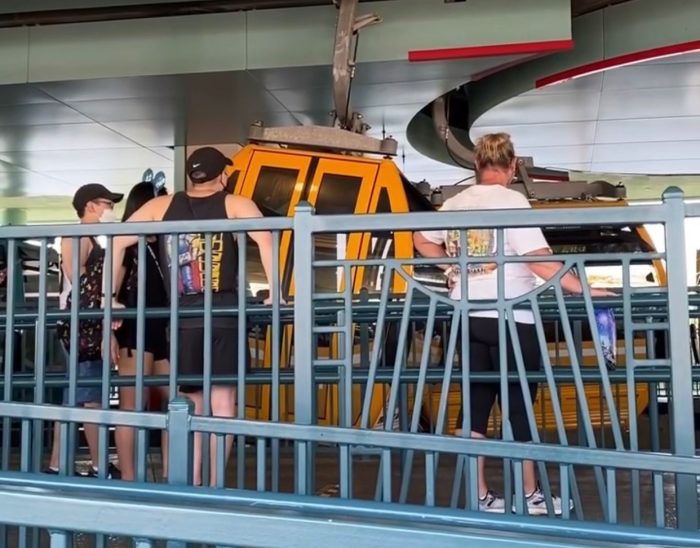 We are currently at the Disney Skyliner station at Disney’s Hollywood Studios, and we’re here to give you some more updates on the situation.

We arrived at the Skyliner station and the gondolas were not moving. 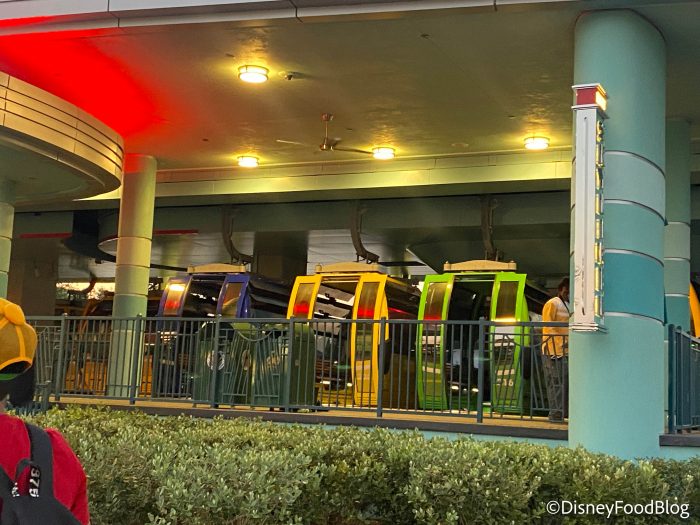 When we arrived, there was still a line of people waiting for the Skyliner. 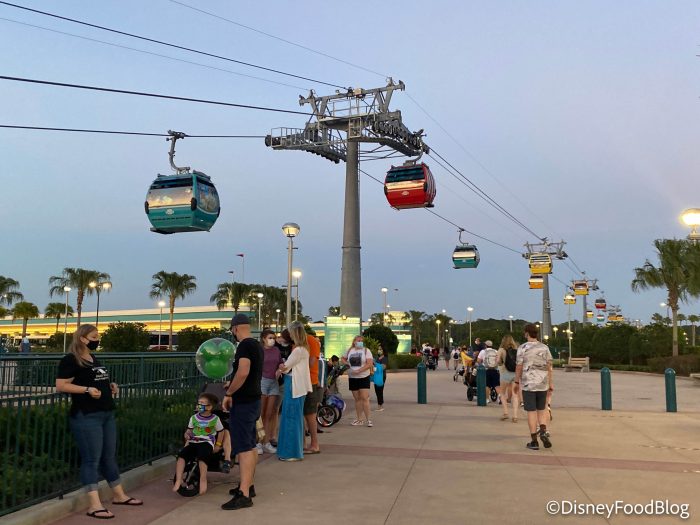 Cast Members encouraged guests to take the buses or the boats to their next destination.

Current look at the Hollywood Studios Skyliner Station. Cast Members are encouraging guests to take a bus or boat. pic.twitter.com/sZXYpGYqt9

Soon after we arrived, the Skyliner line cleared out. During this time, several guests were stuck in the Disney Skyliner gondolas.

The line for the Hollywood Studios Skyliner station is cleared out with most guests taking buses to where they need to go! pic.twitter.com/q3BkClEtRB

Cast Members have continued to guide guests towards other modes of Disney transportation and answer any questions guests may have. 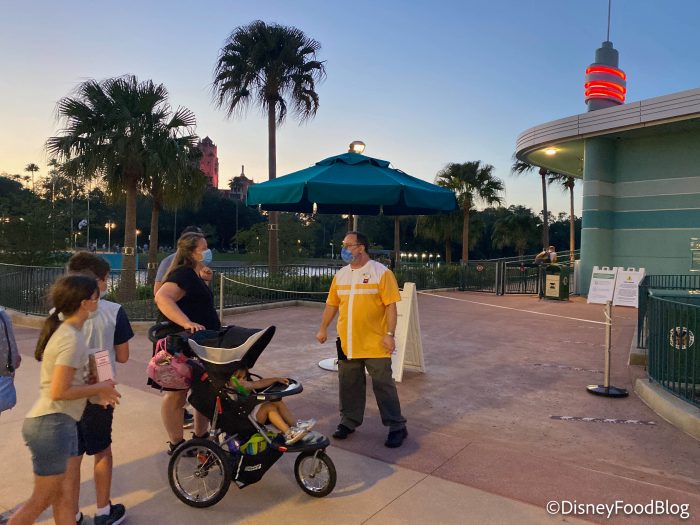 We then walked over the bus stations to see what the crowds and lines were like. We visited the station for Disney’s Caribbean Beach Resort which is along the Skyliner and is home to the Skyliner hub where each line meets. 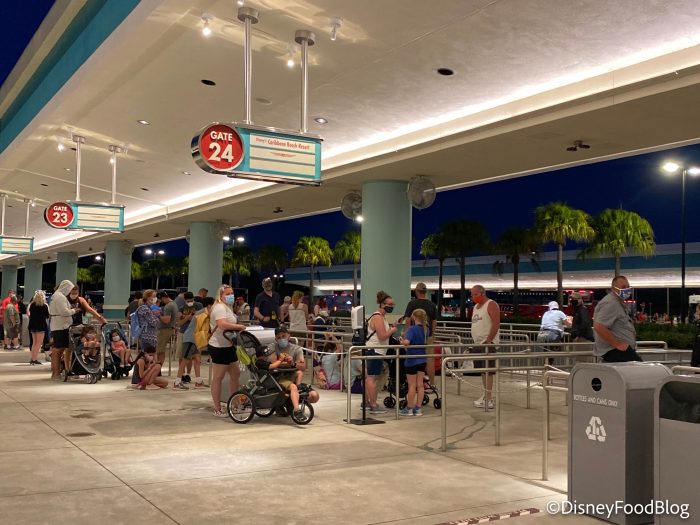 The line was pretty long especially compared to some of the other resorts, but it was not too overwhelming.

Current line for guests waiting to get back to Caribbean Beach Resort via the bus. pic.twitter.com/M2O3hPF88n

After we visited the bus stops, we headed back to the Disney Skyliner to see if there were any more updates when the gondolas started moving at full speed again! The first time that the Skyliner gondolas crashed, the Skyliner was closed for a few days to sort out any technical issues. This is very different from what we saw back in October of 2019.

Guests were quick to line up and hop back on the Skyliner, despite the crash being very recent.

They are loading guests into gondolas again at the Hollywood Studios Skyliner station. pic.twitter.com/mP0LJhvx7s

Here’s another look at the line a few minutes after the Skyliner opened back up to guests.

A look at the line for the Skyliner at the Hollywood Studios station. pic.twitter.com/j6M0aefo4m

Despite how long the line looks, it was moving quickly.

Lots of people getting back in line for the Skyliner at the Hollywood Studios station. pic.twitter.com/j3eDkcHjKF

A sign we saw had a posted wait time of 15 minutes for the Skyliner at Hollywood Studios. 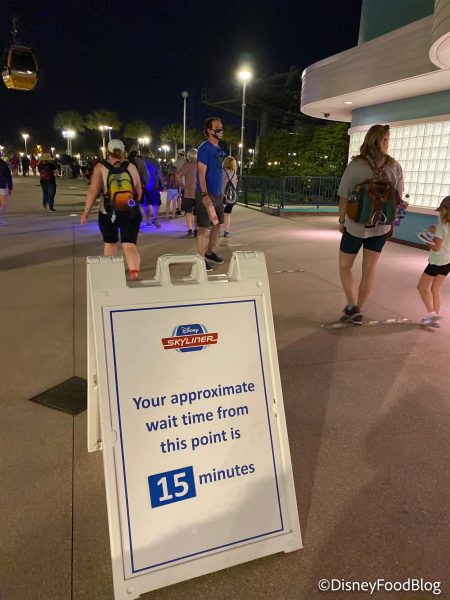 Whew! It has been a whirlwind of a night with the Disney Skyliner, but if you plan on using it in the near future, it looks like it will be up and running. We recently did a DFB video on Handling Emergencies and Evacuations in Disney World, which has some really good information in there for incidents like this one. You can check it out below!

Stay tuned for more updates on the situation regarding the Disney Skyliner.

Were you affected by the Disney Skyliner crash? Let us know in the comments.