We’re back to check in on all of the construction projects that are going on around Disney World right now! 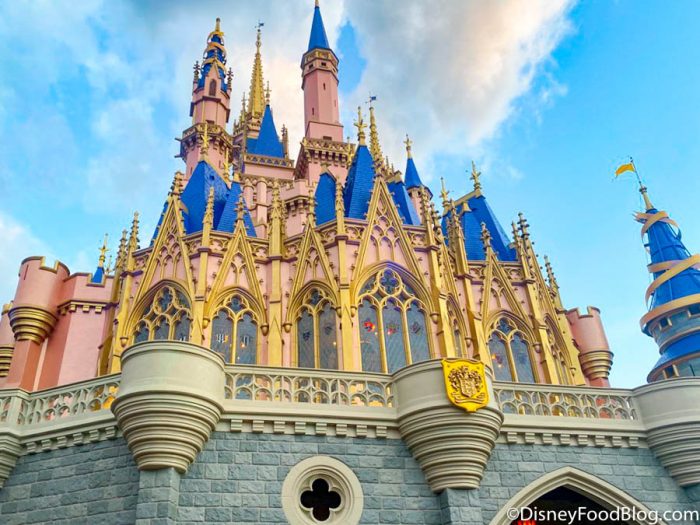 A lot of things are shifting as Disney prepares for the Walt Disney World 50th Anniversary celebrations and, as Disney wraps up a few projects, there are more to follow. And, some of the projects may have a BIG impact on your vacation. So, let’s get to the latest updates from this week!

Over in Magic Kingdom, the Baby Care Center on Main Street, U.S.A. has closed to undergo refurbishment. In the meantime, Disney has set up a temporary location in Tomorrowland, so you’ll want to keep that in mind when you need some R&R with your little kiddos. 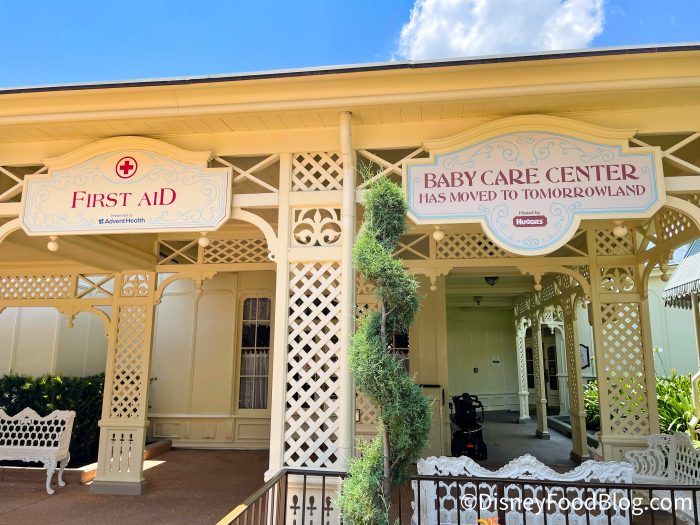 Signage will now direct you to Tomorrowland

You’ll find the new spot next to Walt Disney’s Carousel of Progress and they still offer all the same resources like changing tables, high-chairs, a private nursing area, and baby care essentials (like diapers, snacks, and medicine) for purchase. 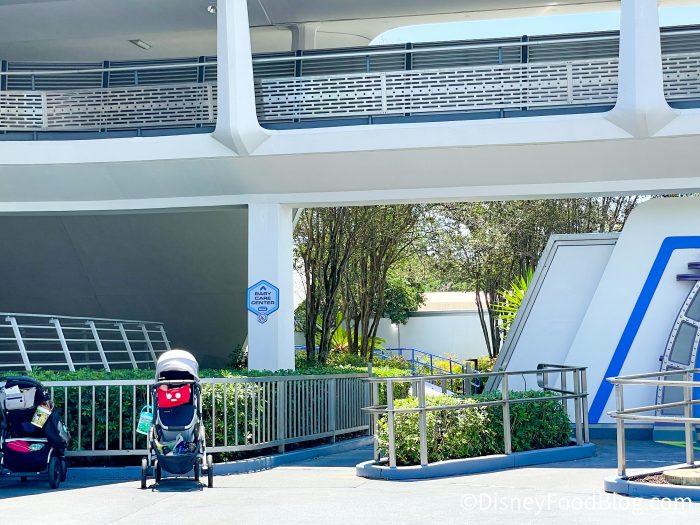 The temporary location is in Tomorrowland

Cast Members shared with us that they are expecting the construction on the Main Street, U.S.A. location to last into the fall, so you’ll want to take note of the temporary location if you’re visiting Magic Kingdom with little kids anytime soon.

And, there’s another update to a project in Tomorrowland that we’ve been tracking recently. Disney has been working on the refreshment kiosk, Cool Ship, for a little over a month now and it looks like they’re not done just yet. We noticed that blue tape had been added to some of the pillars holding up the building. 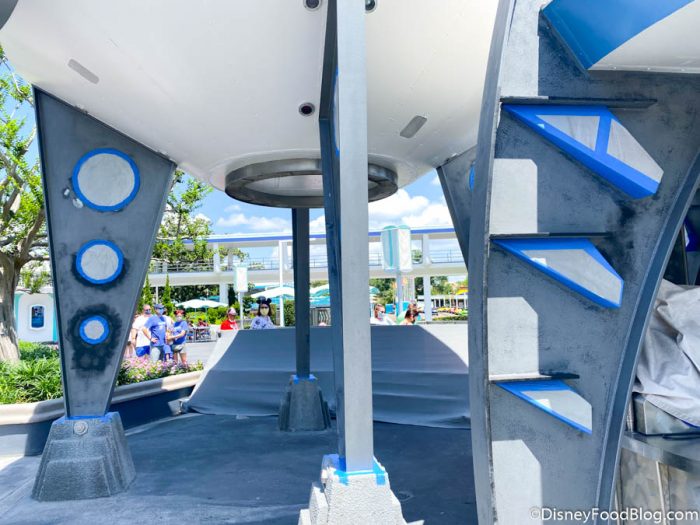 We’ve seen other pillars receive a fresh coat of black paint, so these may be getting the same treatment — we’ll keep an eye out!

Across the way in Adventureland, more work is underway on the Jungle Cruise refurbishment! Last month we noticed that Disney had removed the animatronic that was known to strike up a deal for your head — Trader Sam. And, now the area has been cleared even more. 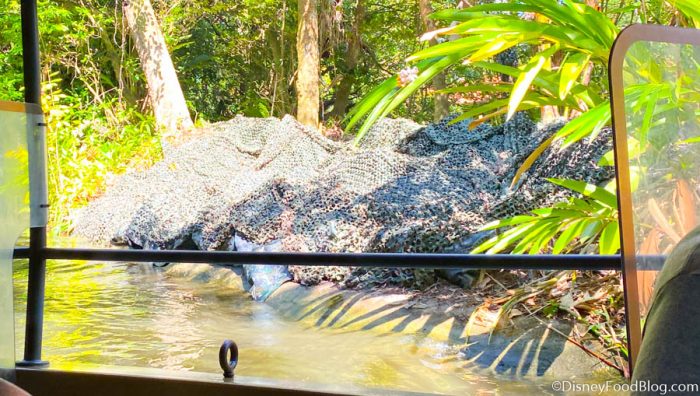 We’ve been seeing a lot of different features of the ride removed as Disney transforms the attraction with an updated storyline and new scenes, so Trader Sam will be around once again but he’ll be in charge of the Lost and Found instead.

Over on Main Street, U.S.A., we noticed some new construction walls pop up under the Main Street Railroad Station where a portal for the Sorcerers of the Magic Kingdom interactive game used to be. 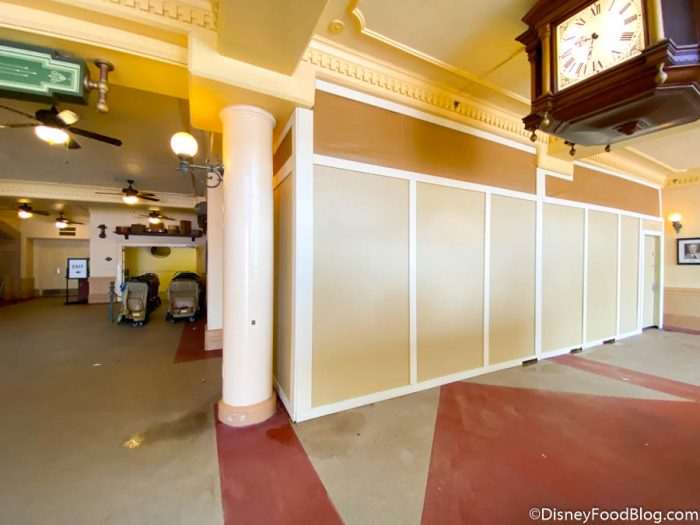 The last spell of the game was cast back in January, so we’ve been seeing elements slowly disappear from the park and it looks like this is the next to go.

Sorcerers of the Magic Kingdom Plaques

Speaking of Sorcerers of the Magic Kingdom, we’ve also been noticing more and more plaques being removed around the park. Just this week we noticed that plaques on Main Street, U.S.A. and Fantasyland have been paved or bricked over. 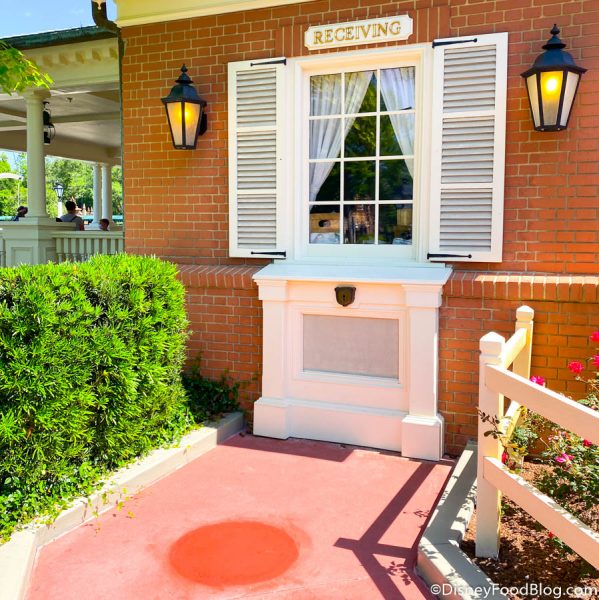 Can you believe THAT’S the REAL color of the cement?

Though, they’ve certainly left their mark…to say the least. 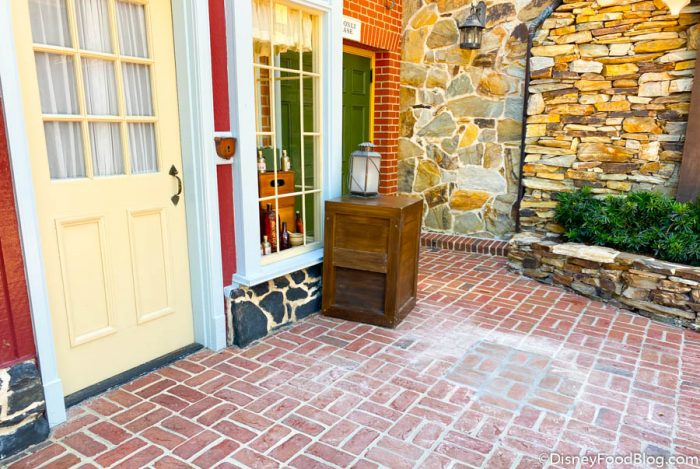 Is this what it will be like when social distancing is over?

There may not be an actual plaque there anymore and you may not be able to cast any spells, but hey, at least we can remember where they once were for now.

EPCOT has been home to a lot of ongoing construction projects recently and one is now complete! We’ve been keeping track of the construction on the new gelato stand coming to the Italy Pavilion for a little while now and the walls came down on Thursday to officially open to guests! 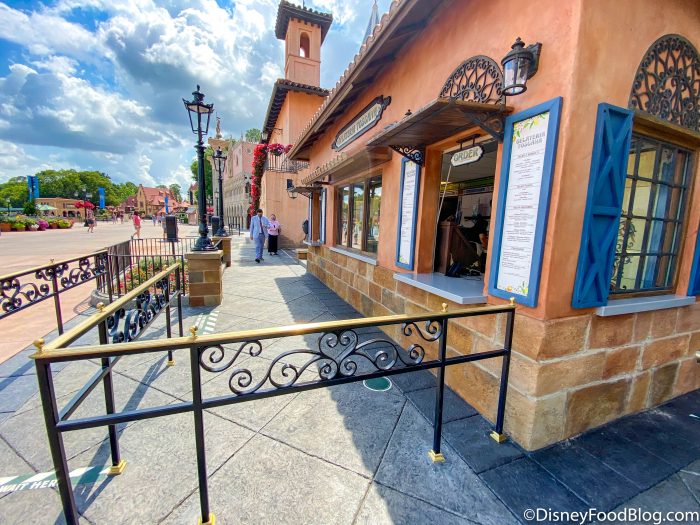 And, yes, we’ve already tried almost the entire menu — we just can’t help ourselves when it comes to gelato (or any other Disney treats for that matter)!

Click HERE For Our FULL REVIEW of Gelateria Toscana!

This week we also stopped by a few Disney World Resort hotels to try out some new Mother’s Day snacks and noticed that there were new barriers at Disney’s Saratoga Springs Resort & Spa. 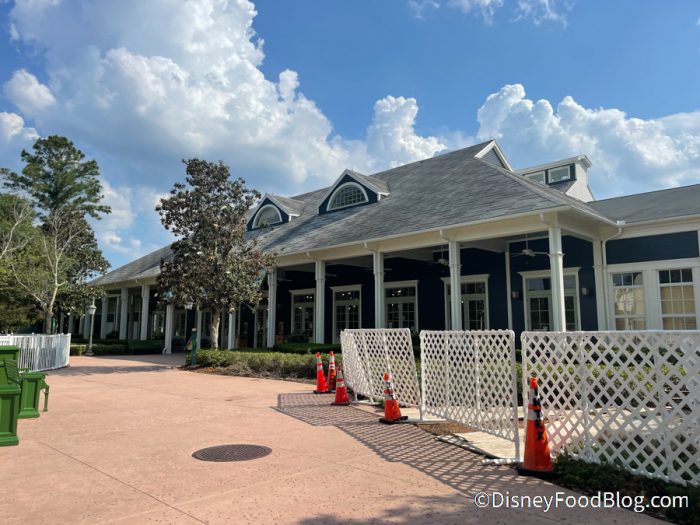 Looks like some painting is going on at Saratoga Springs

And, from what we could see, Disney was adding a fresh coat of paint to the area. It’s always nice to freshen up the look!

And, when we stopped by Disney’s Polynesian Village Resort, we noticed that a new digital screen had been added in the Grand Ceremonial House near Moana Mercantile. So, now you can stop by to check the park hours before you head out for your day! 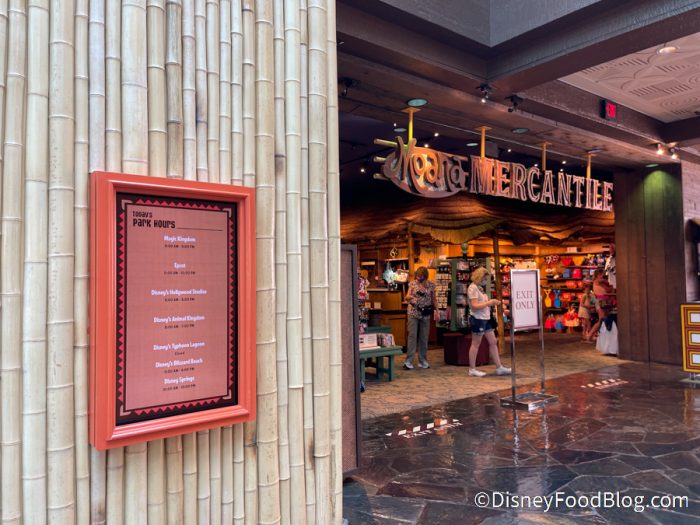 Disney has been doing a lot of work at this resort as they give many of the rooms a new Moana theme and touch up the rest of the hotel. And, by touch up, we mean a complete overhaul. For now, the monorail stop remains closed and the Moana rooms will open for guests in late July, so it’s nice to see something new added to the resort now.

Check Out a FIRST LOOK at the New Moana Themed Rooms!

Well, that’s all for this week’s construction updates from Disney World! We’ll catch you next week with more that you need to know for your next trip!

When is your next Disney trip? Let us know in the comments!

« A Popular Corkcicle Has Returned To Disney World’s The Basket at Wine Bar George!
A Rare Character Is Now The Cutest Plush in Disney World! »