So much has happened at Disney World recently and it can be hard to keep track of all the changes! But that’s why we’re here, to make sure you stay updated. 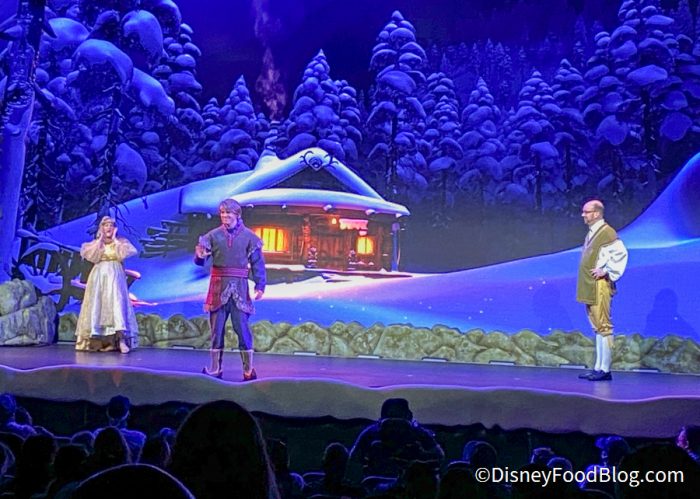 So in case you missed it, you’ll no longer have to do a temperature check when entering the parks. You’ll also be able to walk around outside without a mask (with exceptions). Also, at least one ride has already removed its plexiglass, and we’re starting to see shows at Disney World seat more guests.

In addition to A Celebration of the Festival of the Lion King at Disney’s Animal Kingdom, and Walt Disney Presents: One Man’s Dream at Hollywood Studios, another show at Disney World has adjusted its seating arrangement to allow for more guests in its theater. That show is For the First Time in Forever: A Frozen Singalong at Disney’s Hollywood Studios. 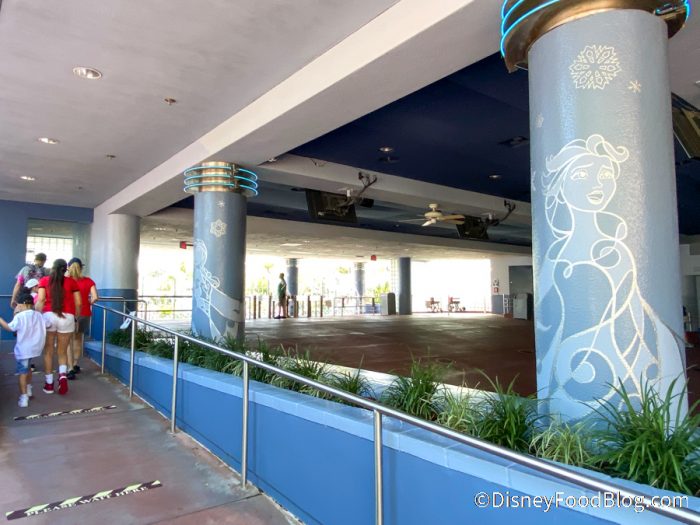 When we first entered the theater, we noticed that guests were still being seated in every other row. However, there were no distancing markers on seats, and guests were told to keep one seat open between groups (similar to what we saw at Walt Disney Presents: One Man’s Dream).

We’re checking out A Frozen Sing-Along Celebration. Right now, they leave one row empty between guests, but only 1 seat between parties in open rows. pic.twitter.com/A7NBrok7ni

However, a little later on in the show, guests were being directed to fill the empty row in front of us, so it seems that they are filling every row, as needed. 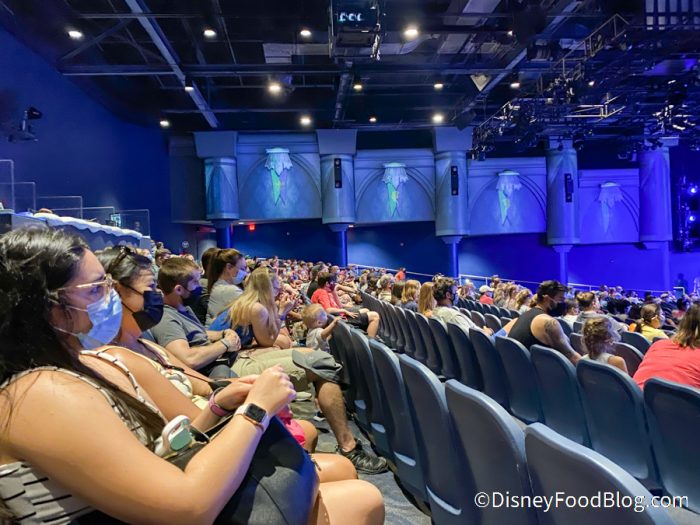 Seating in every row

When the show is over, Cast Members directed guests to exit by row and told each row when they could leave. 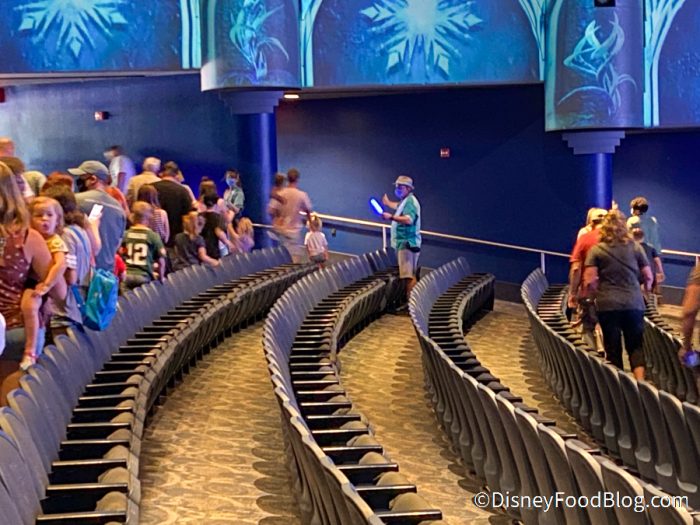 We’re going to be checking out all the shows at Disney World to see if this is how they are now doing seating, too, so stay tuned for updates.

Do You Know About the Secret Seating Area in Hollywood Studios?

What do you think of these new seating arrangements? Let s know in the comments!