Well, we got to say goodbye to the Sunday Scaries but now we’re on to the Monday Blues. 😕 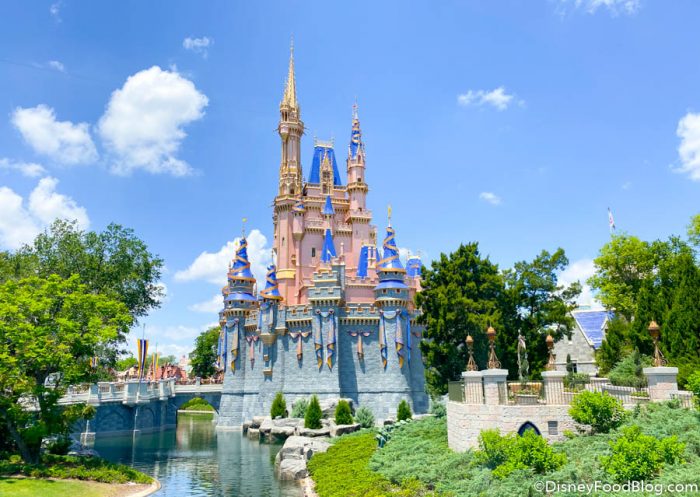 We totally get it, Mondays are kinda the worst. The weekend is over and you’ve got a WHOLE WEEK of work to get through. Whew! That can be tiring! Well, if you’re feeling a little crummy today, we’ve got you covered! What better way to cheer up than with some fun Disney videos?

1. The MOST Outrageously Expensive Things at Walt Disney World!

Disney World is a pretty expensive place, but there are some things that are NEXT LEVEL PRICY. They might not be splurges you ever actually plan on making, but they’re still VERY cool to check out.

Disney World is chock full of hidden secrets and details you might never have noticed — even if you’ve gone dozens of times. Well, sit back, relax, and put those worries aside because we’re taking you through some Magic Kingdom secrets.

An ICONIC DFB video takes you through the 50 greatest Disney World snacks. This is a must-watch for anyone going to Disney World or anyone who could seriously use a Disney trip right about now.

4. 12 Weird Disney World Rules, and Why They Exist!

When you go to Disney World, you might not be thinking of all the rules you’re expected to follow. Be warned though, there are some weird ones — and you can have fun learning about them right here!

5. 13 of the Creepiest Things in the Disney Parks

Some of us feel a little better when we can get into a spooky mood. If you love Halloween or true crime podcasts, maybe you can scare off the Monday Blues with some of the creepiest things in the Disney parks!

In the same vein as those EXPENSIVE Disney things from earlier, there are some ridiculously awesome hotel rooms. Maybe you won’t ever be able to stay there, but you sure can escape Monday by living vicariously through this video.

Disneyland is positively steeped in history and with a long history comes a LOT of secrets. Check out some of the ones even the Anaheim locals don’t know!

Or, plus up your next visit to the World Showcase in EPCOT (whenever it may be) by learning some amazing hidden gems tucked away in this super intricate area.

Did you know there are a lot of Disney World myths? And some of them are about food! Well, we don’t want you believing something that’s total nonsense, so we’re getting our debunking hats on.

Guests have a lot of traditions in the Disney parks — maybe you have some of your own! But Cast Members have their own rituals too, and some of them might surprise you!

11. 18 Awesome Things in Disney World You’d Never Know Were There!

Even the Disney pros can miss some Disney details every once in a while — especially when they’re tucked into fantastic and attention-grabbing settings. Learn something new about your favorite place in this video!

And, if you’re a Disney tech nerd, WE. FEEL. YOU. So, check out this round-up of some seriously amazing technology and design innovations by the Walt Disney Imagineers!

Hopefully, these DFB Videos help to get your Monday looking up. And, of course, you can always stay tuned to DFB to check out all of the fun news and more from Disney.

Which of these videos is your favorite? Tell us in the comments!