UPDATE: Elsa has been downgraded to a tropical storm since this writing.

Disney World is no stranger to severe weather in the summer. 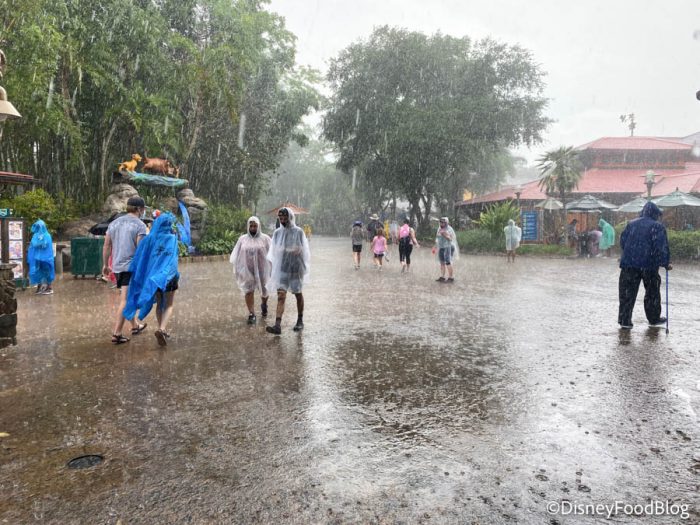 Don’t get caught in a downpour!

There are regular thunderstorms and very high temperatures to be aware of, and summer is also hurricane season. Hurricanes rarely make landfall in Orlando, but when they do, Disney World has shut down the parks a handful of times in the past. We’ve been keeping an eye on Tropical Storm Elsa, and we have an update you need to be aware of if you’re heading to Disney World in the next week.

Elsa has strengthened into a hurricane, making it the first hurricane of the season. 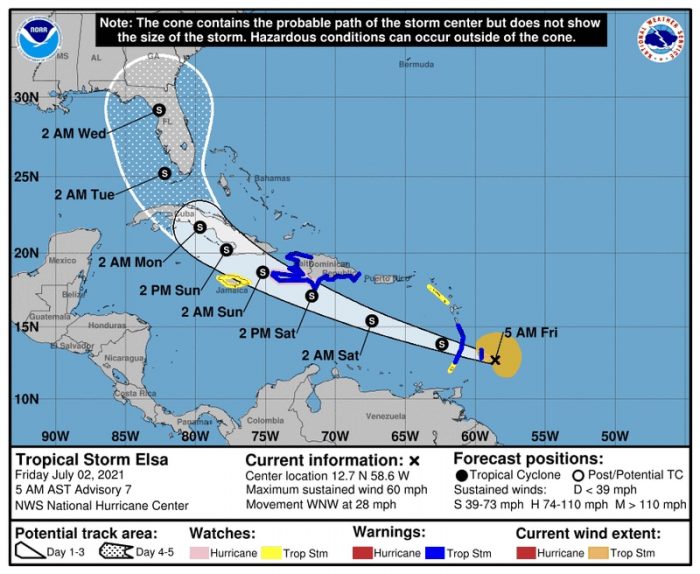 According to the Orlando Sentinel, the National Hurricane Center said Elsa strengthened into a hurricane during its 8AM update Friday morning. Its five-day projection does still include a projected landfall in Florida on Tuesday morning with the eye passing over Central Florida by early Wednesday.

Currently, Elsa is a Category 1 hurricane. Its maximum sustained winds are around 75 miles per hour with higher gusts, and it’s moving up through the Caribbean at about 28 miles per hour. 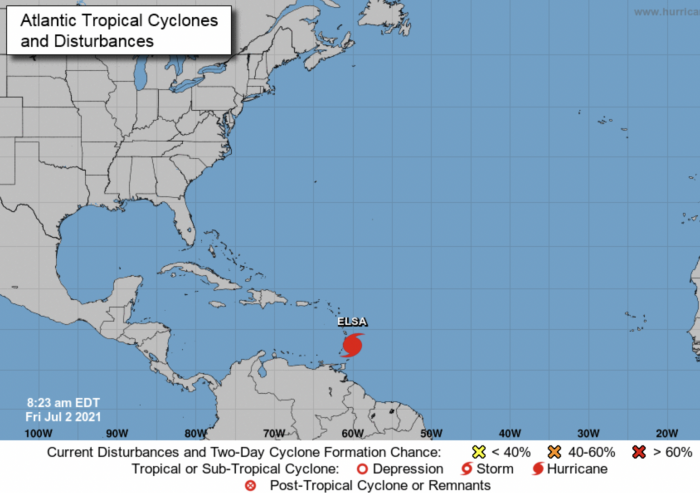 Elsa is expected to pick up speed over the next 24 to 36 hours but is also expected to slow down after making landfall in the Caribbean. Central Florida is in the storm’s cone of uncertainty right now, however, the storm’s path could change over the next few days. The NHC said discrepancies in the track have made meteorologist’s confidence in the projection “lower than usual.”

If the hurricane does still look like it’s on track to move over Central Florida in the coming days, Disney World will prepare accordingly. The resort has experience with hurricanes and is well equipped to ride out a storm. 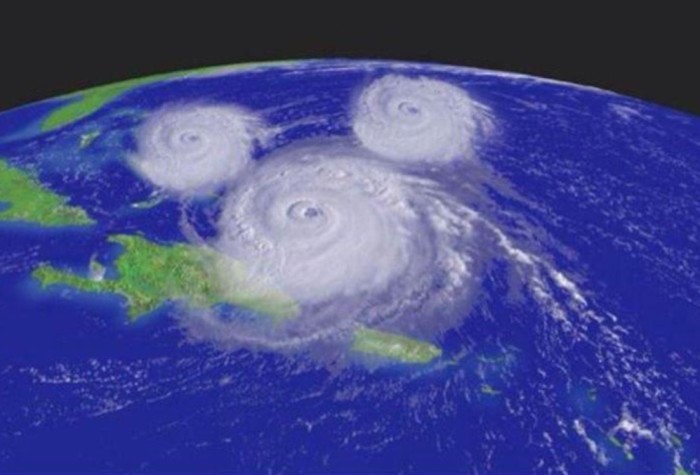 In the past, Disney has made sure all resort guests have enough supplies and will tell you to stay in your room while the hurricane is hitting. Remember, this will depend on the strength and size of the hurricane. If the parks do choose to close, resorts will usually set up special activities in the lobby like movie showings or even bringing in Disney characters! 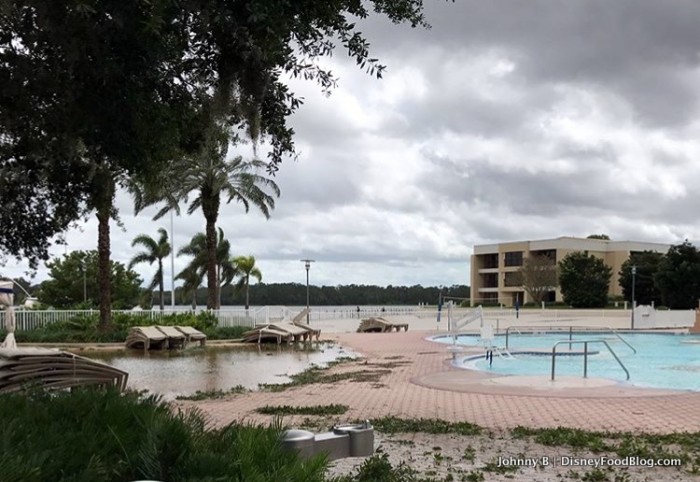 In the event of a high category hurricane, the parks usually only shut down for a day or two and Disney does have a policy for refunding guests. As of right now though, this hurricane is projected as category 1. We’ll be keeping a close eye on Elsa as the storm rages on, so stay tuned to DFB for updates!

Click here to see predictions for the 2021 hurricane season

« How Busy Will Disney World Be on July 4th?
REVIEW: Should You Make the Trek to Eat One of the CHEAPEST All-You-Can Eat Meals in Disney World? »