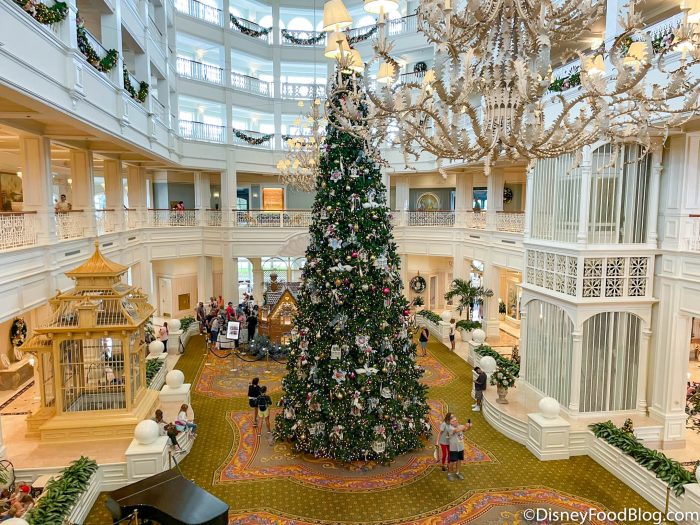 We went to the first Disney Very Merry After Hours this week, saw the iconic gingerbread house go up in the Grand Floridian, found new decorations in the parks, and tried more festive food. The other night, we saw Santa at Disney Very Merriest After Hours in Magic Kingdom, and today, we spotted him at a couple of the other parks!

Santa Claus was in Hollywood Studios today for the holiday motorcade! But, he of course had to make a grand entrance, so first we saw some dancing elves! 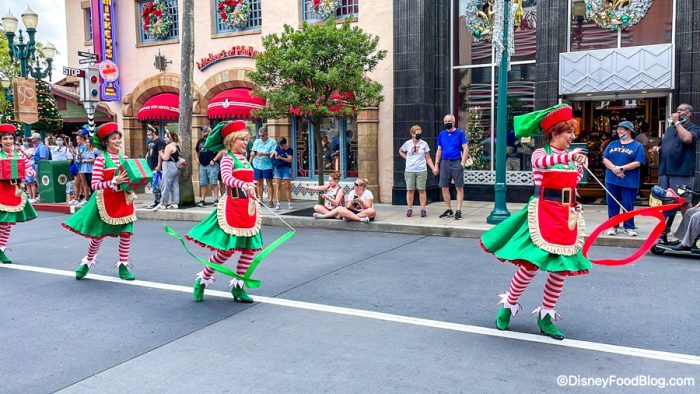 Simply having a wonderful Christmastime

Then, Pluto and the reindeer came out. 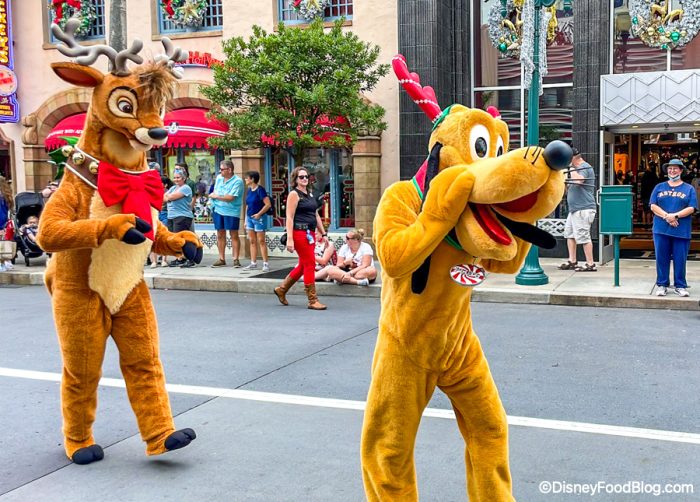 So cute in their holiday gear!

They seemed to be having a holly jolly time! 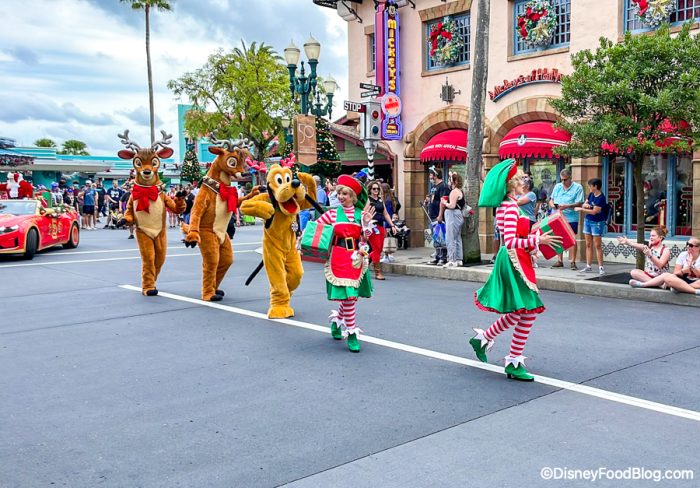 Finally, Santa appeared in his snazzy red sleigh — which is a convertible! 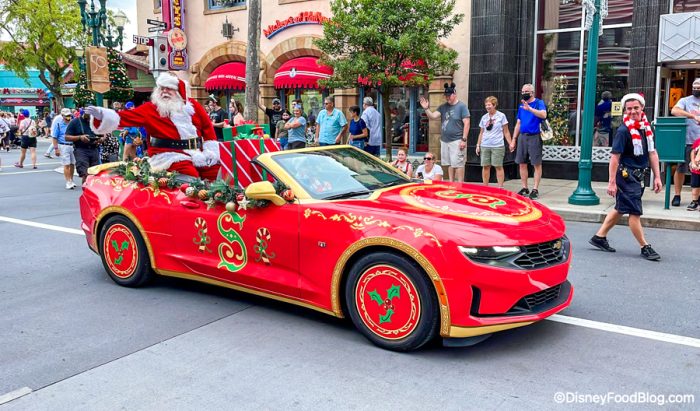 And, it’s all decked out in decorations for the holidays. 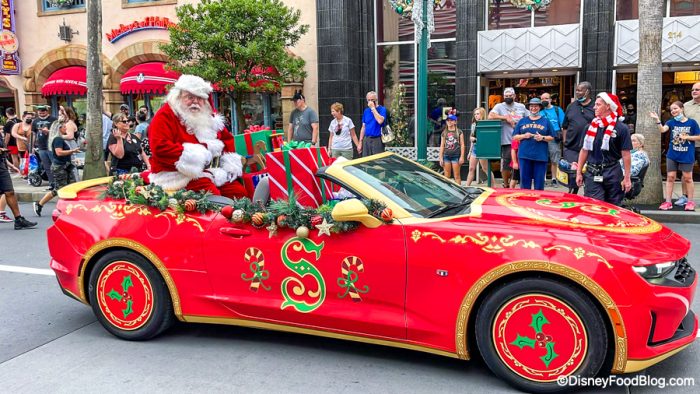 Santa has an awesome ride

Santa made his way down Hollywood Boulevard, waving to all of the guests! 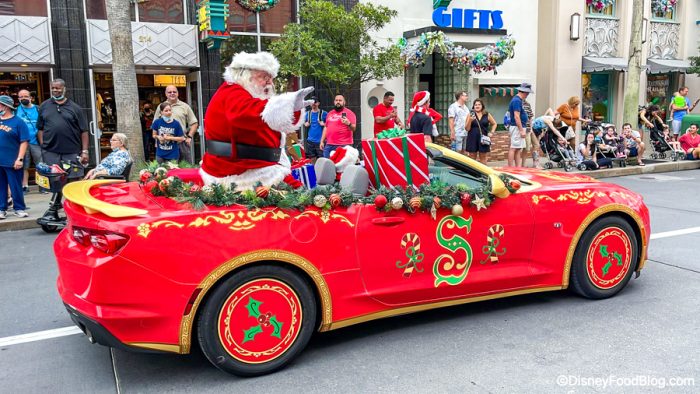 You can catch the Santa Claus Motorcade periodically throughout the day in Hollywood Studios. 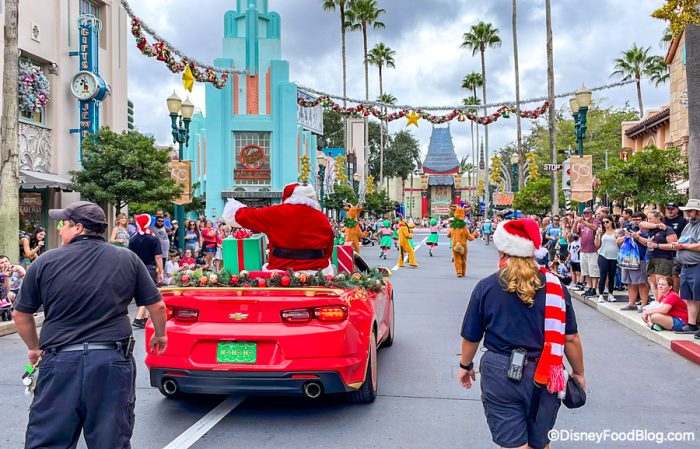 But, we also saw Santa in Animal Kingdom today, too! 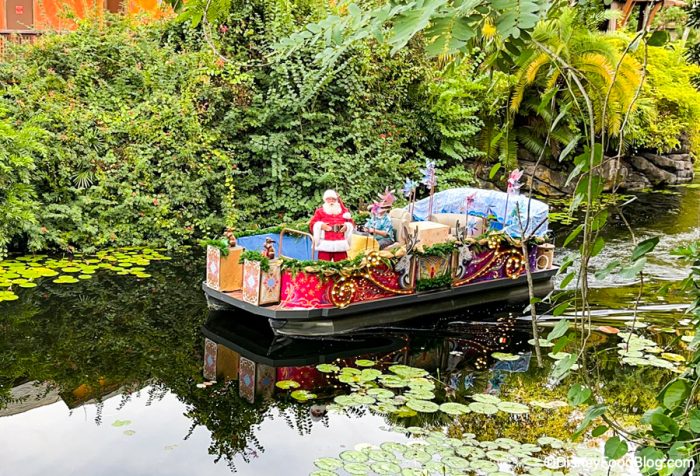 Two Santa appearances in one day?!

He came by on a Flotilla while we were walking around the park, and his boat was beautifully decorated for the holiday season. 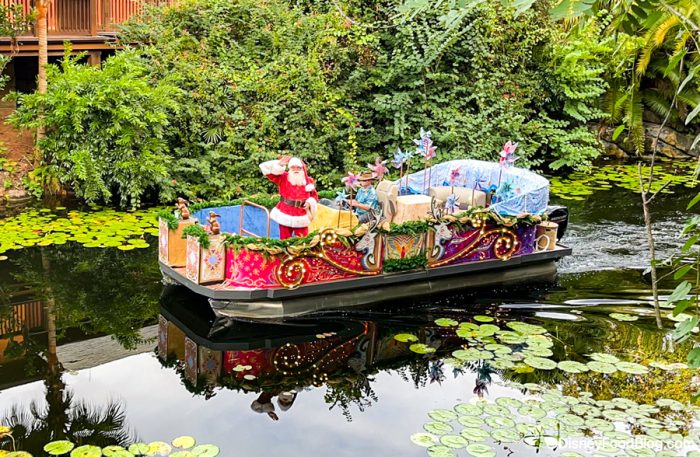 We’ll yell our Christmas list to you from over here!

We saw colorful pinwheels, lights, reindeer, garland, and even some bunny rabbits on the front! 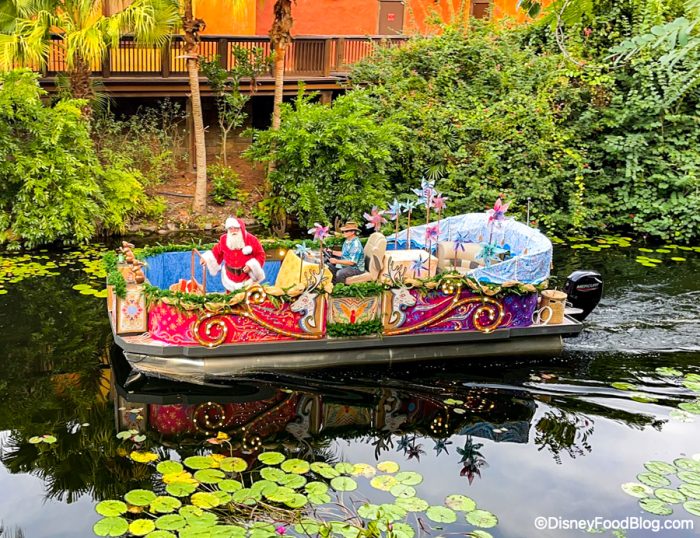 Santa just has all kinds of transportation, huh?

And, that’s not the only festive friend we saw floating by — Minnie and Mickey also made an appearance in their holiday outfits! 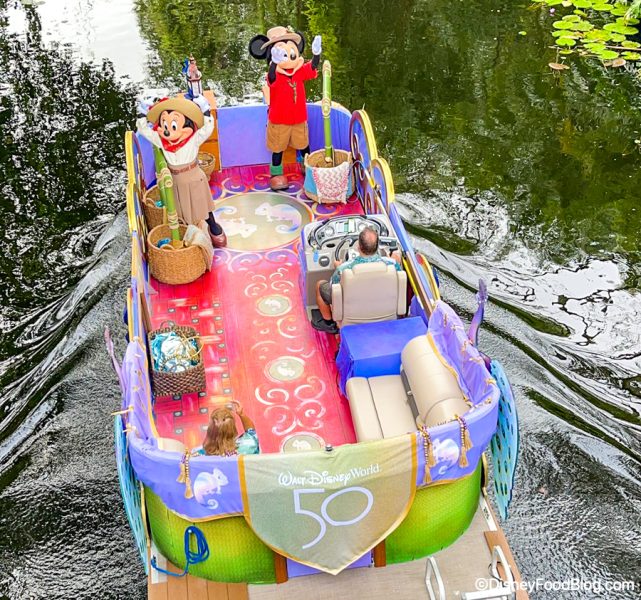 Minnie has on a red scarf and her hat is decorated, and Mickey is wearing a red shirt and green tie, and his hat has some red, white, and green plaid and what looks to be holly and mistletoe on the top of it. 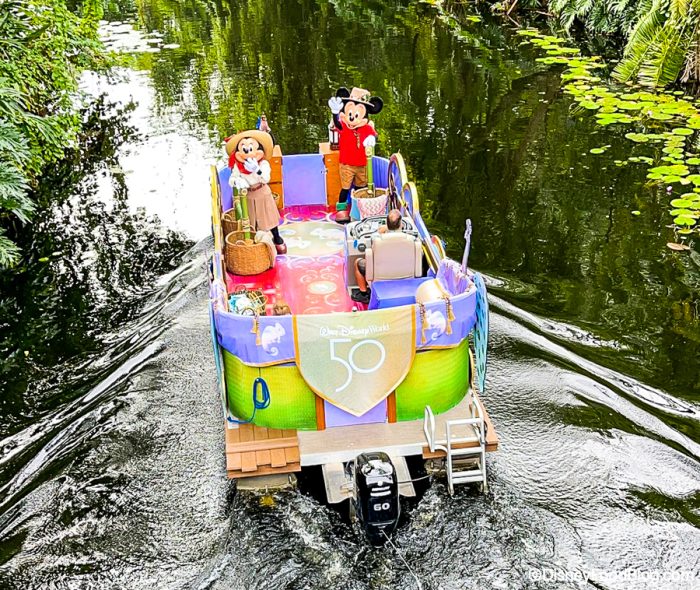 We’ll keep an eye out for any other characters out and about in their seasonal gear, so stay tuned to DFB for more!

Click here to see when we saw Santa in Magic Kingdom the other day!

Are you planning on seeing Santa in Disney World this year? Let us know in the comments!