Are you planning a trip to Disney World next week? First of all, congrats! Second, have you started packing yet?! There’s a lot to remember when it comes to traveling to Disney World; whether you’re there for two days or a week, there are some essential things you should always take to the parks. 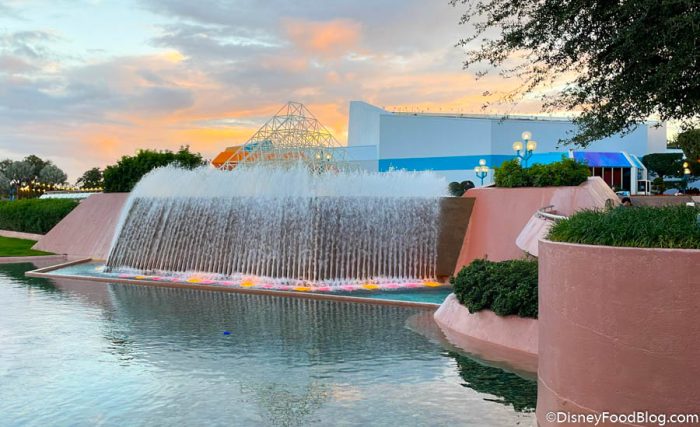 What’s the most important thing you’ll need? Clothing, obviously! But knowing what to pack and how to dress in Florida can be tricky — especially in January! The temperatures tend to cool down in the winter, so let’s take a look at next week’s weather forecast in Disney World!

It might not be as cold as it is up north, but those chilly winter days in Florida can surprise you if you aren’t prepared! Last week, the temperature hovered around the 70-degree area, with lows in the 50s. This week, those lows could creep down even lower! 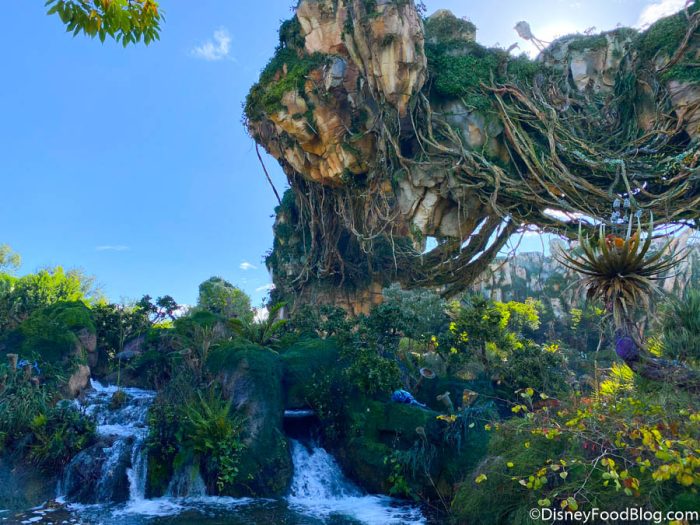 Be prepared for some chilly nights!

Don’t let those lows scare you, though! When the sun is out during the day, the weather is usually pretty nice; even in January! According to The Weather Channel, you can expect your days to be pretty mild and cool but be prepared for some chilly evenings.

Monday, January 17th is expected to be sunny and cool. There’s a very low chance of precipitation, but when it comes to Florida it’s always best to be prepared for a little rain. It might be a little windy, so pack some jackets and plan on layering your clothes so you can adjust accordingly!

In the evening, the temperature is expected to go down to 40 degrees. That’s the chilliest we’ve seen in a while, so make sure you have some longer pants and long sleeves!

On Tuesday, January 18th, it looks like more of the same weather. Keep in mind that those low 60s can be deceivingly cool — especially if you aren’t prepared!

The rain chance looks pretty low for pretty much the entire week, which is good news!

When we reach the midpoint of the week, the weather is expected to be a little warmer than the day before! Wednesday, January 19th, has a high in the 70s and a low in the 50s, which should make for a pretty comfortable day in the parks!

Pay attention to that humidity, too. It can really impact the weather in Florida and make your day warmer or cooler than the expected temperature.

On Thursday, January 20th, the temperatures continue to warm up! There’s a higher chance of rain in the evening, so if you’re hoping to get on a water ride, do it earlier in the day. No one wants to walk around with wet clothes in the rain, especially on a cool night!

On days when it’s partly cloudy, the air can feel a little cooler when the sun is hiding behind some clouds!

For Friday, January 21st, the weather should be pretty similar to Thursday. It looks like it might be a rainy day, so pack those umbrellas and ponchos!

The wind doesn’t look too harsh,  but there will likely be a slight breeze to keep you cool. As you can see, though, the temperature can start around 70 and go all the way down to 50 by the evening!

Temperatures are pretty much the same as the rest of the week on Saturday, January 22nd! There might be some rain in the evening, and the sky will probably be cloudy throughout the day. You never know when that beautiful blue sky might peek through, though!

If it rains during your trip, bring a nice heavy rain jacket. Hats come in handy as well; they protect your ears from the cold and keep your hair dry! It’s all about the layers, people.

Finally, Sunday, January 23rd rounds out the week with some cooler weather and a little rain! Don’t worry too much about the chance of rain. Florida showers can blow through pretty quickly!

The humidity goes up to 72% at night, which could help explain the slightly warmer temperature compared to the rest of the week! Either way, you should still layer up and wear some thick socks to keep your feet warm.

Overview of the Week

Here is a full overview of the week courtesy of The Weather Channel. It looks like the weather will range between 60-70 degrees during the day, then drop to the 40-50s at night. Overall, it should be a pretty nice week! Keep in mind that these temperatures could change a little between now and then, but this should give you a rough estimate of what to expect. 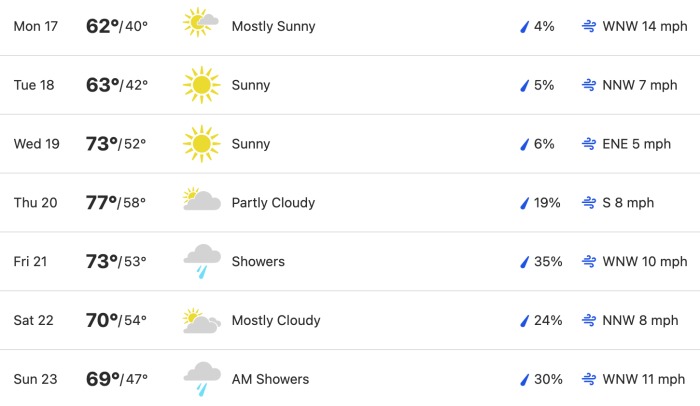 …and WESH 2 News. It looks like everyone has similar forecasts for the week. 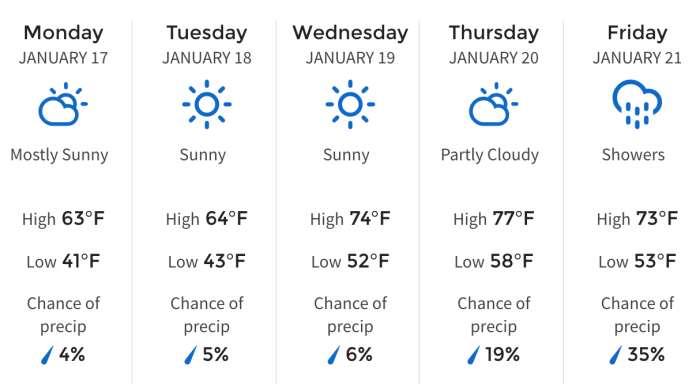 It’s always important to remember that meteorologists aren’t perfect and the weather can be unpredictable at times! Keep your eyes on the forecast throughout the week so you know what to expect!

How Should You Plan?

Now, let’s look at a few ways you prepare for the week ahead!

Hats, jackets, hoodies, you know what we’re talking about here. We’ve got temperatures in the 40s this week, so shorts a tank top probably won’t cut it for this time of year! That being said, you might feel a little warmer in the morning and afternoon, so that’s where layering can really help out! 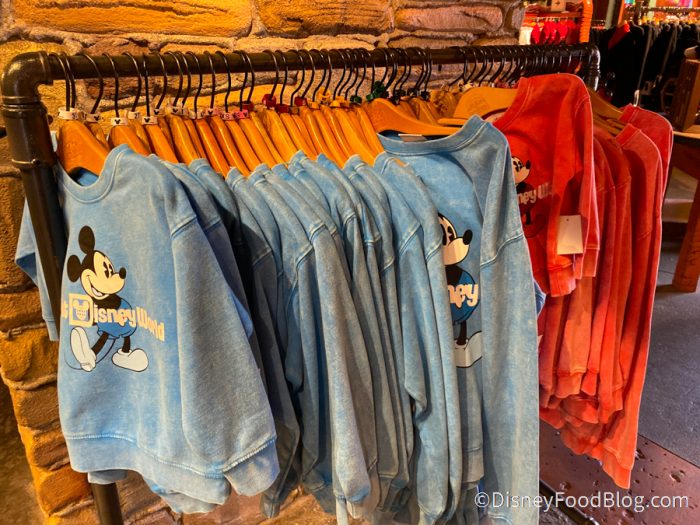 You might also want to bring a larger bag or backpack of some kind in case you want to take your jacket off during the day. It can get annoying having to hold a jacket all day, bring a bag to stuff all your layers inside!

You might not be sweating like you would in the summer, but that doesn’t mean you won’t get hot or tired! 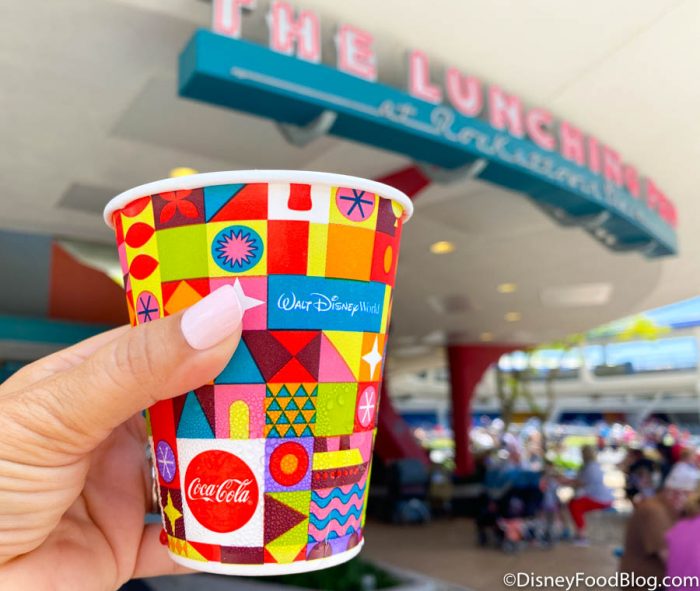 Take breaks throughout the day for water, food, or maybe a little rest! And even in the winter, the sun can wear you down. Don’t forget to pack sunscreen!

Everywhere You Can Find FREE Water in Disney World

And that covers this week’s update on next week’s weather! We hope you have some FUN at Disney World! As always, stay tuned to DFB for the latest Disney tips!

Have you ever visited Disney World in the winter? Let us know in the comments!

« This EXCLUSIVE Disney World Dessert is BACK For A Limited Time!
Disney World’s Festival of the Lion King Cuts Showtimes in Half — Here’s Why »