There are so many must-try treats in Disney World, it’s hard to pick a favorite! 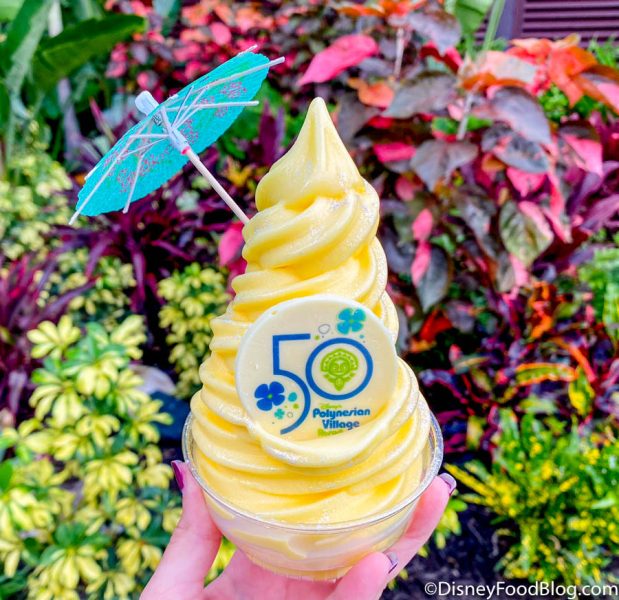 Dole Whip is a classic Disney treat, and for good reason! This citrus soft-serve has become a taco, a float, and even a boat, and we’ve loved it all! But did you know you can DRINK a Dole Whip at a Disney World value resort?! Let’s explore this treat together!

We made this Dole Whip discovery over at Silver Screen Spirits at the All-Star Movies Resort! This spot is known for cocktails, but they also serve up smoothies and other drinks. 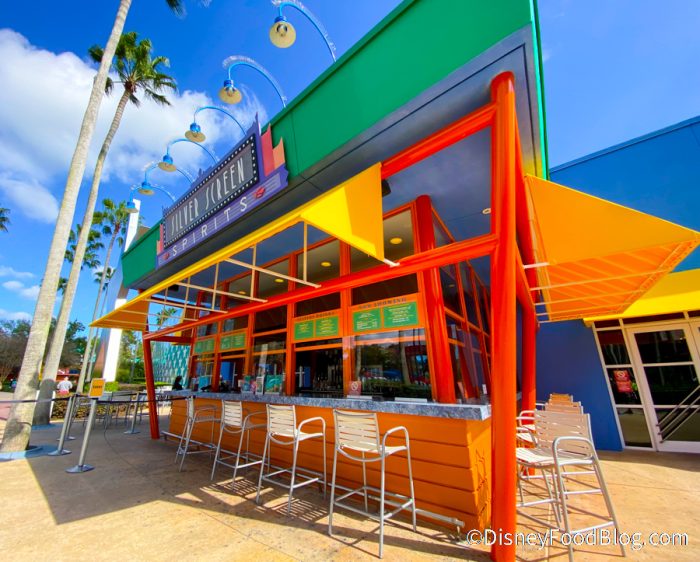 Right now, this spot is offering the Dole Whip Pineapple Smoothie for $5.99! This drink is made the same way as a regular Dole Whip but instead of being frozen in a soft-serve machine, it’s in a machine that creates a smoothie-like texture and it’s a little bit less frozen compared to the regular Dole Whip. You guys won’t believe this but…it tastes like a Dole Whip and it’s DELICIOUS! 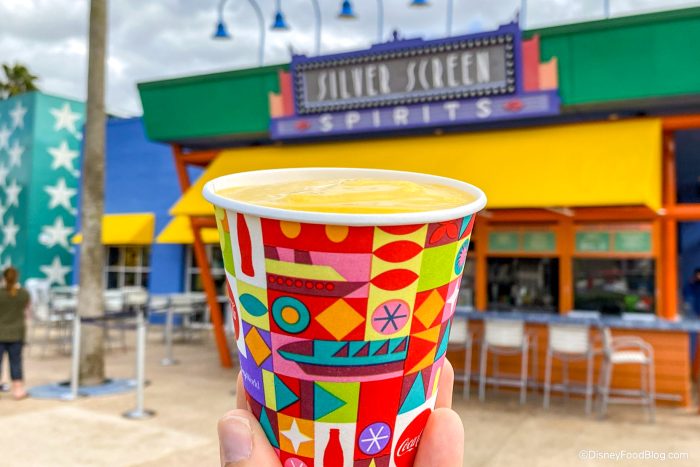 If you’re a Dole Whip-lover looking for a little bit of a different take on the sweet citrus treat, this is a great way to enjoy that same Dole Whip flavor on the go (have you ever tried to eat a Dole Whip while rushing across Magic Kingdom? It’s not pretty!).

Yum! We can’t turn down a Dole Whip in any form

Now, this isn’t the first time we’ve seen a Dole Whip smoothie in Disney World! Over the years, we’ve spotted them at a couple of Value Resorts, including Art of Animation where you can get it spiked with rum! 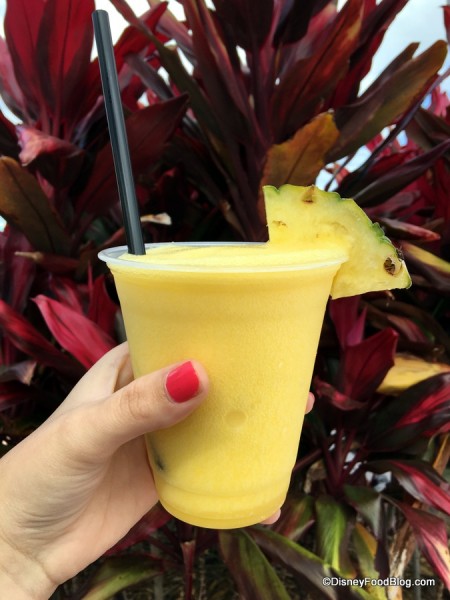 Captain’s Pineapple from Art of Animation

Speaking of Dole Whip, there’s a new 50th Anniversary treat featuring that citrus-y soft-serve, the Crooning Flowers! If the combination of lime and pineapple sound good together, this is the treat for you. 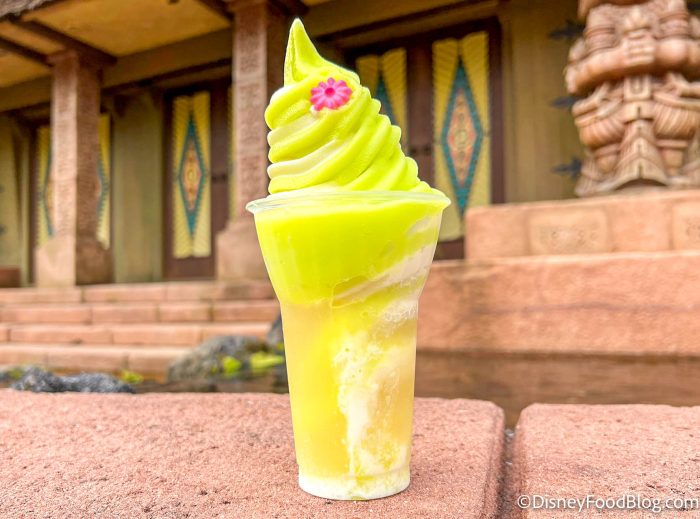 There are lots of goodies to try around Disney World beyond delicious Dole Whips! Whether it’s hunting down dishes from Festival of the Arts to trying delicious 50th Anniversary treats, we’ve got you covered! Stay tuned here for the latest Disney news.

What is your favorite form of Dole Whip? Classic? Float? Taco? Smoothie? Let us know in the comments!