We may have said goodbye to 2021, but Disney World’s 50th Anniversary Celebration is still going strong, and we’ll be celebrating through all of 2022 AND into 2023! 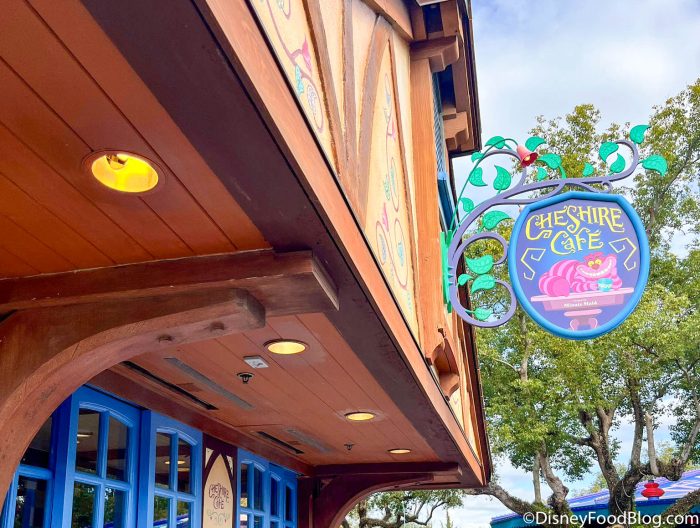 When the celebration first started last year, we indulged in over 100+ 50th anniversary treats and drinks, but we’re not done yet! Recently, Disney announced that some of those treats would be going away, but also told us that MORE 50th anniversary goodies were coming — and y’all know we got excited about that! So we’re trying one of those new treats RIGHT NOW!

The new treats debuted on January 10th, however Cheshire Cafe (along with several other Disney World spots) has been closed recently due to some staffing shortages. That means we haven’t had a chance to try their new 50th anniversary treat yet! 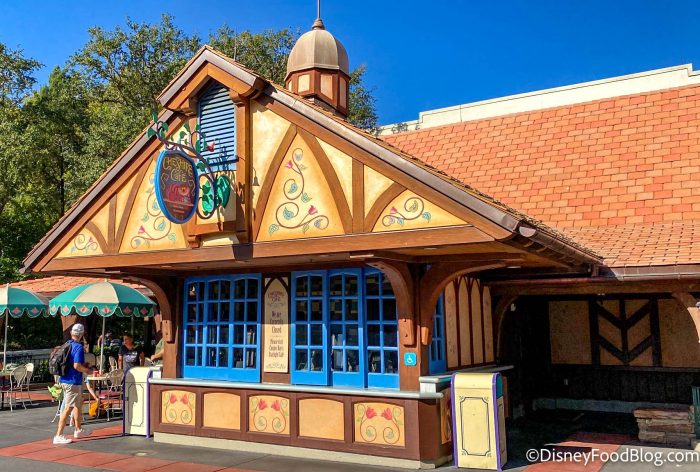 But today, Cheshire Cafe was open! First we’re going to need a little explainer for the drink — Disney World initially advertised this drink as the Always Tea Time Slush. But when we checked, the drink was listed as Mad Hatter’s Unbirthday Tea. 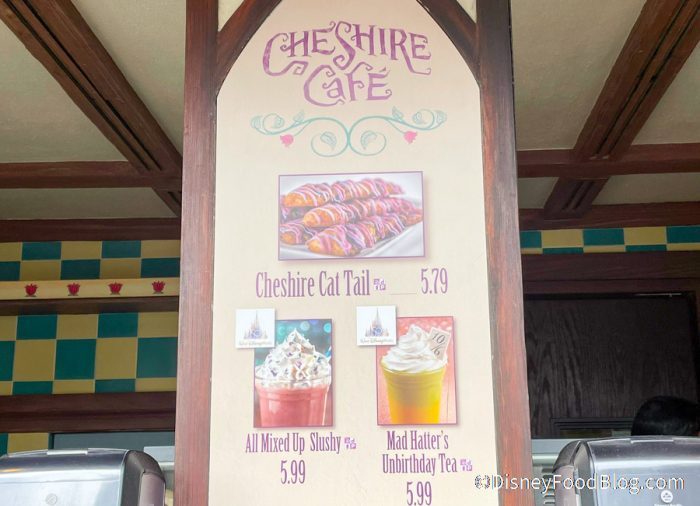 So we asked a Cast Member who told us this was the same drink. It’s a frozen black tea with mango and frozen sour apple on top, garnished with whipped cream and a white chocolate 10/6 piece, just like the Mad Hatter’s hat! 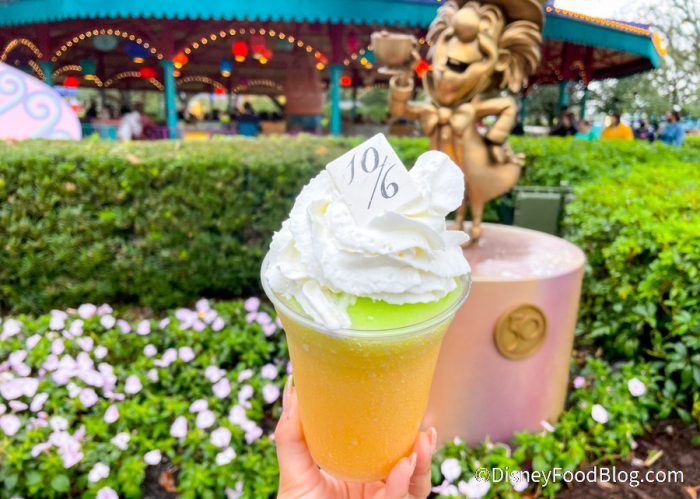 Would the Mad Hatter approve?

Okay, we’re going to have to be honest because we’ve tried some other 50th anniversary tea-based slushes here, and well, we weren’t all that impressed with them. So does this one bring anything new to the table?

The answer is YES. We liked all the complex flavors in it — it IS sweet, but there’s a lot to love here. That sweet mango flavor comes through, and the sour apple is REALLY sour if you just drink that part by itself. 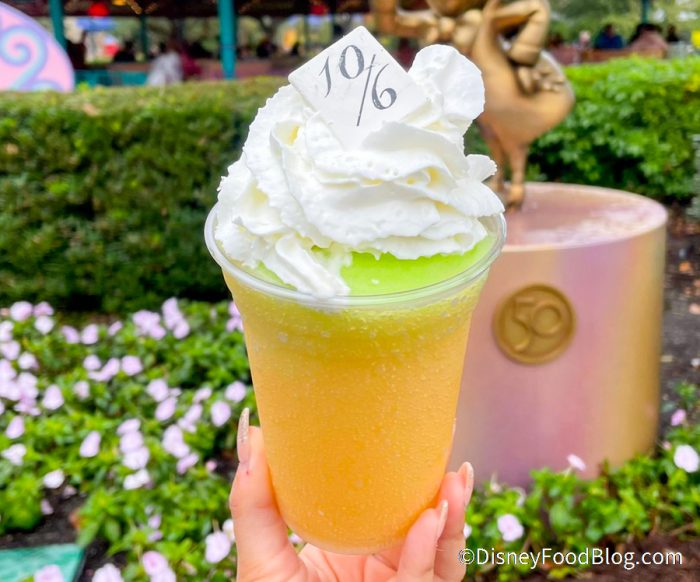 The colors really stand out, too.

The key is to mix it up real good with your straw, so all those flavors just kinda’ meld into each other. This helps the sour apple break up the super sweet mango and gives it a great balanced flavor. We did feel the whipped cream was unnecessary, but it mostly acts as a garnish. We hope this one sticks around for warmer weather, because it was a bit cold and rainy for a frozen drink today! 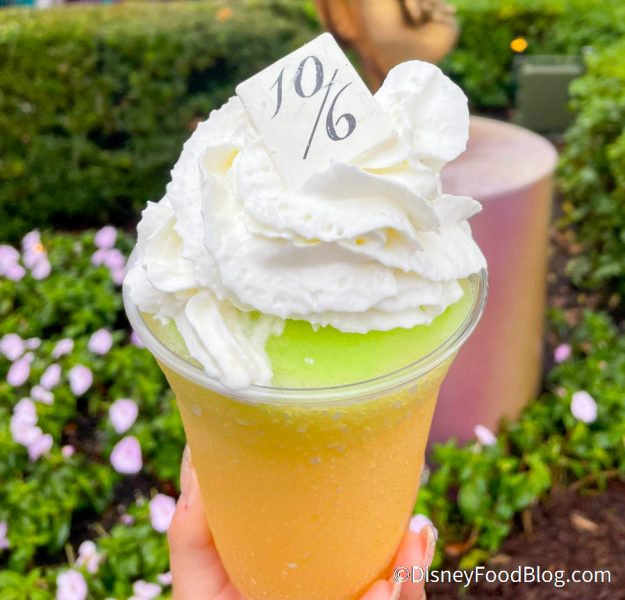 If you’re looking to add a slush to your tea or a tea to your slush (because, hey, we’re ALL mad here!), you can do so for $5.99 at Cheshire Cafe at Magic Kingdom.

And we’ll be trying ALL the new 50th anniversary treats, so don’t go anywhere because we’ll be back with MORE reviews!

What do you think? Does this tea slushy sound like a hit or a miss to you? Let us know in the comments!

« 5 Disney Smells Our Readers Will NEVER Forget
REVIEW: A Customizable Frozen Treat is Now at Disneyland! »