It’s Festival of the Arts time in EPCOT once again, which means there’s plenty of entertainment, merchandise, and (of course) snacks and drinks to check out! 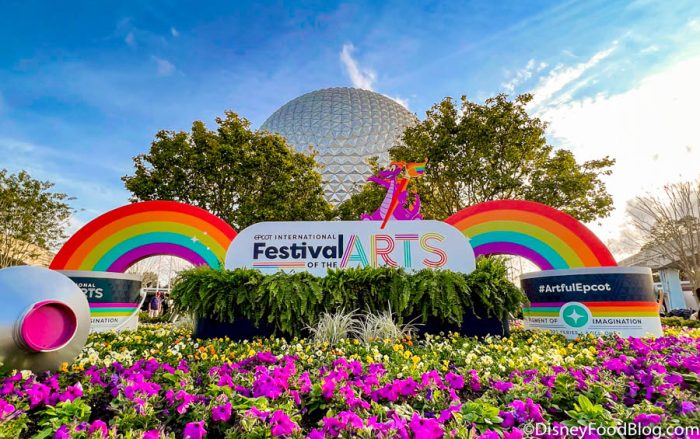 WELCOME to the 2022 EPCOT Festival of the Arts!

We’ve already shared our list of the TOP eats and drinks from the Festival, but we wanted to know what you had to say. So we’ve put up a DFB Festival of the Arts bracket on our Instagram. For the first round, about 13,000(!!!) of you responded. Now, round 2 is done and we’re ready to share the results! What treat will be crowned the champion? We’ve still got a ways to go, but here’s what has survived so far. 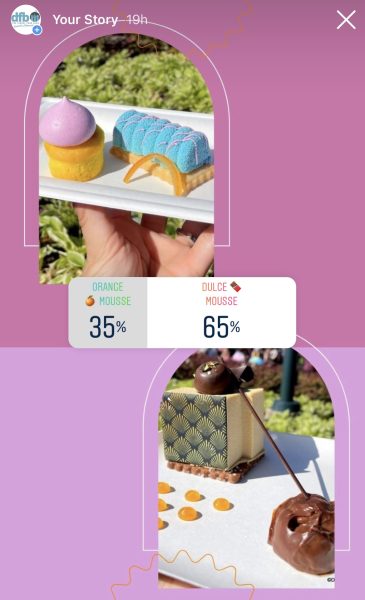 We’ll Start With Something Sweet

Next, we put the Deconstructed Key Lime Pie from Deconstructed Dish up against Inside Out Donut from the Donut Box. The winner here was…the Inside Out Donut! We weren’t the biggest fans of this donut — finding the frosting to have an odd creamy texture. But it looks like the donut fans prevailed (for now)! 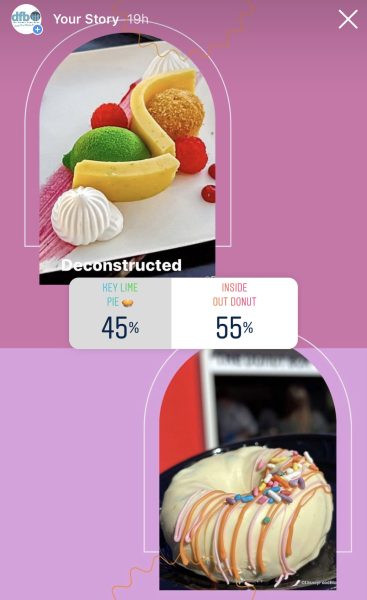 Which Would You Pick?

Next was the Chocolate-Dipped Donut from the Donut Box against the Moelleux aux Noisettes et Chocolats Valrhona: Molten chocolate and hazelnut cake from L’Art de la Cuisine Francaise. A true chocolate battle. But here the Molten cake reigned supreme, knocking out the donut by quite a bit! 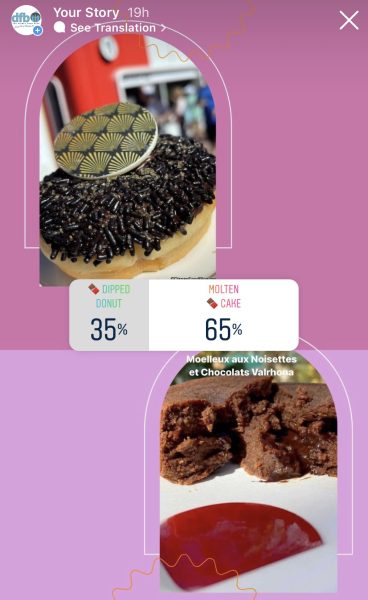 Another battle of the sweets took place between the Bombolini from L’Arte di Mangiare and the Almond Frangipane Cake from Pop Eats! Though the almond cake is more colorful, the Bombolini took the win this round! 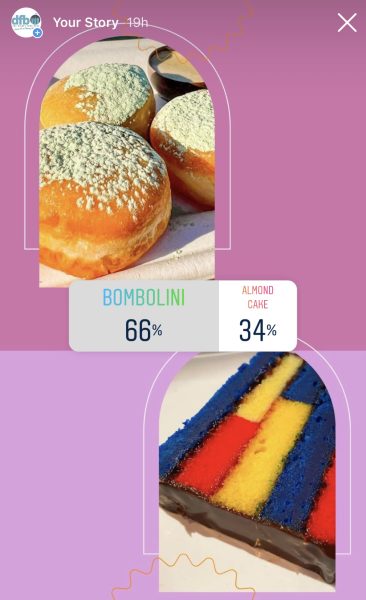 Next up we had the Pineapple and Cherry DOLE Whip Swirl from Refreshment Outpost against the Mocha Cold Brew from a Joffrey’s Coffee & Tea Company kiosk in the park. Though people love their coffee, it looks like they love their DOLE Whips more! The DOLE Whip won here with 67% of the vote. 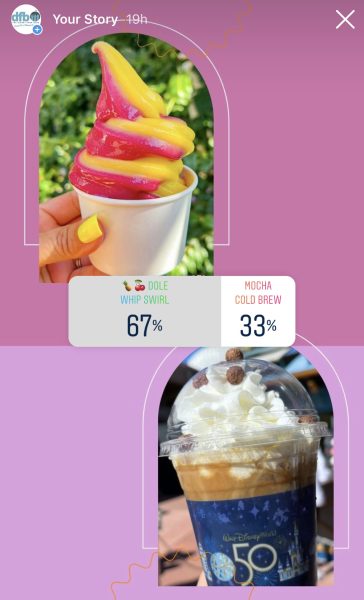 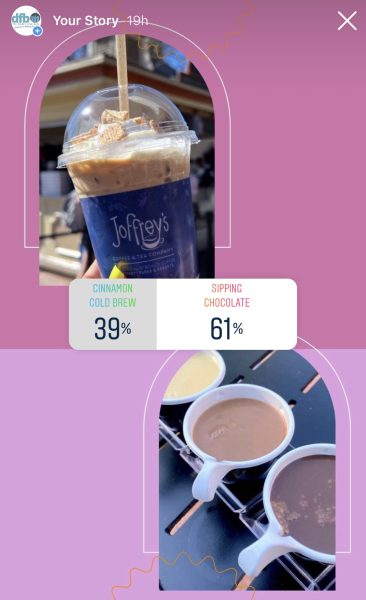 Another Battle of Drinks 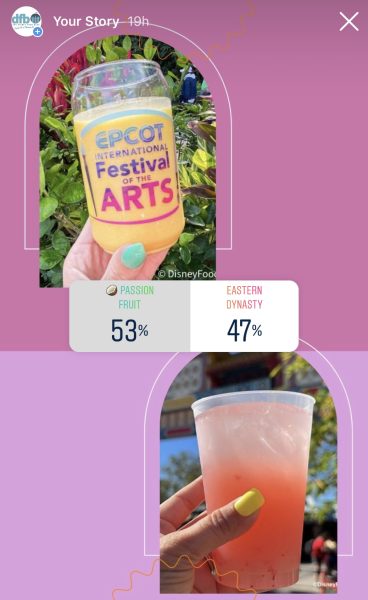 Which Would You Choose?

Next we have more drinks trying to take the #1 spot. On one side we had The Lily from El Artista Hambriento. On the other side we had the Blood Orange Cosmo from Refreshment Port. There was really no contest here — The Lily won with over 80% of the vote! 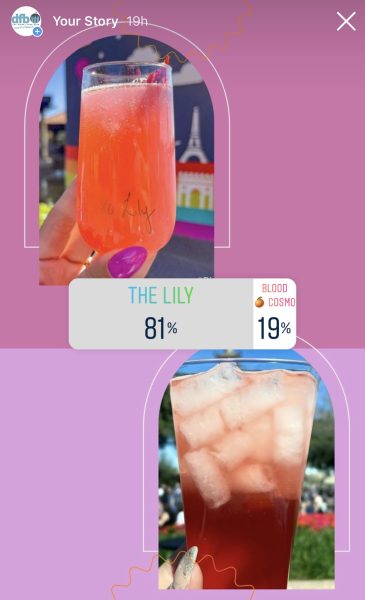 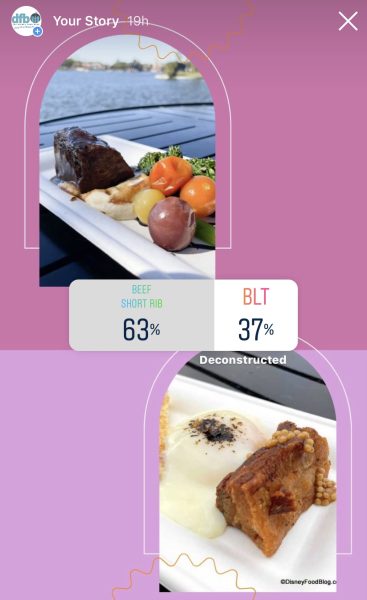 Savory Treats Comin’ at Ya!

In our seafood battle of the Seared Scallops from The Artist’s Table against the Steelhead Trout from The Craftsman’s Courtyard, the Scallops won with 70% of the vote! Which would you have picked? 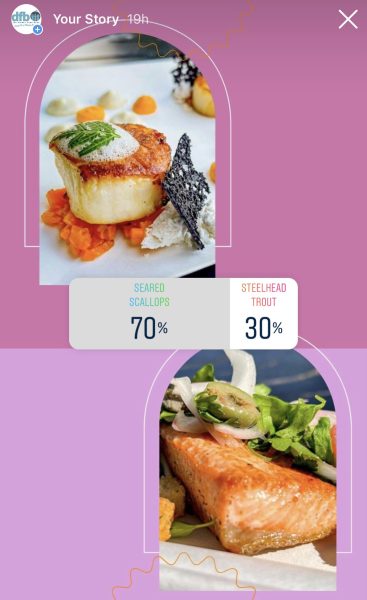 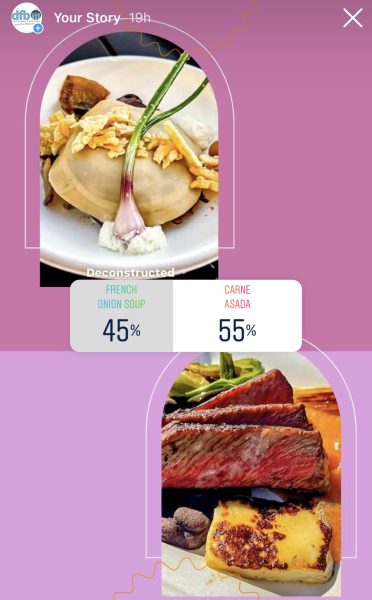 Could This Snack Go All the Way? 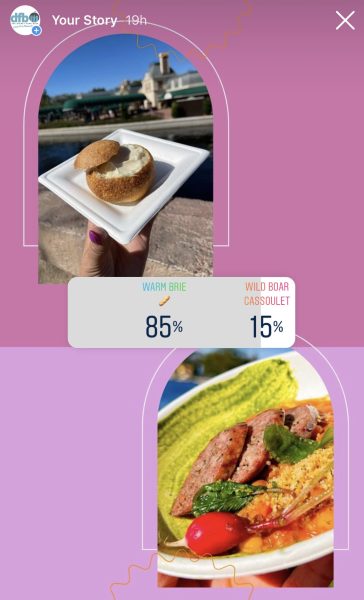 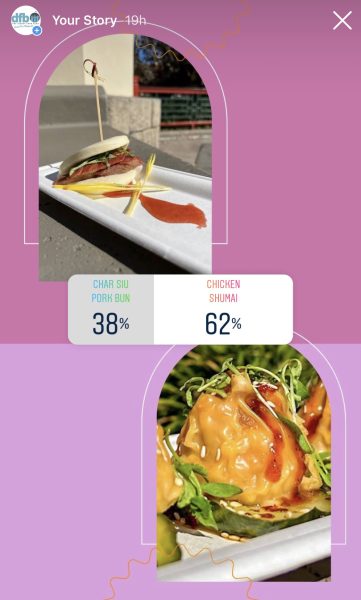 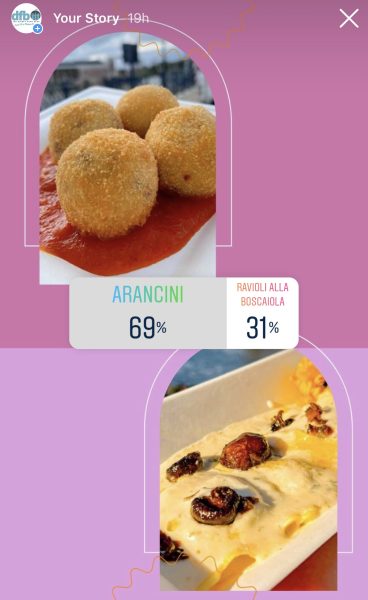 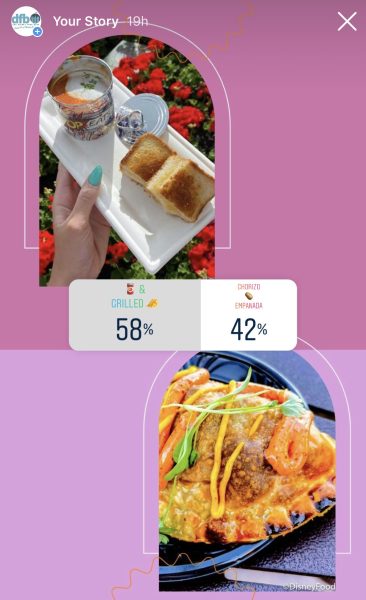 Grilled Cheese For the Win!

And in our final battle (of this round) we had the Gnocchi Poutine from Refreshment Port up against the Moroccan Bread with Hummus, Fig Tapenade, and Zhoug Dip from Tangierine Cafe: Flavors of the Medina! The vote was SO close that Instagram showed it as a 50/50 split. We took a look at the exact number of votes and it was 6,269 for the poutine and 6,167 for the Moroccan bread — looks like the poutine wins this round! 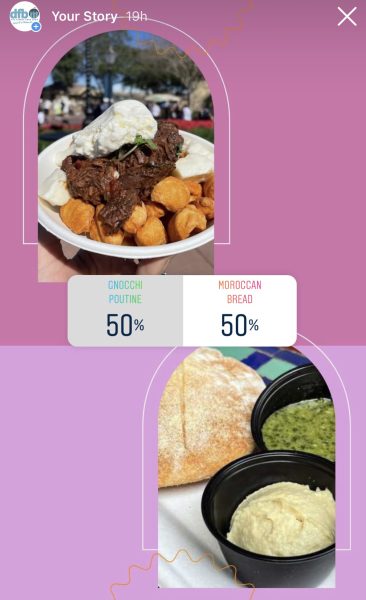 The Final Battle (For Now)

Those are the results of round 2 of our bracket. Next we’ll move on to round 3! Be sure to follow us on Instagram and vote in the next bracket. We’ll share those results with you soon. What snack or drink will win it all? It’s all up to you!

Want to Learn MORE About the 2022 EPCOT International Festival of the Arts?

Click HERE for All of the Latest News and Details About the 2022 Festival of the Arts!

Which snack do you think will win it all? Tell us in the comments!