Fantasmic!, an updated castle stage show, a new cavalcade, the Festival of Fantasy parade, and MORE are returning to or debuting in Disney World this year! 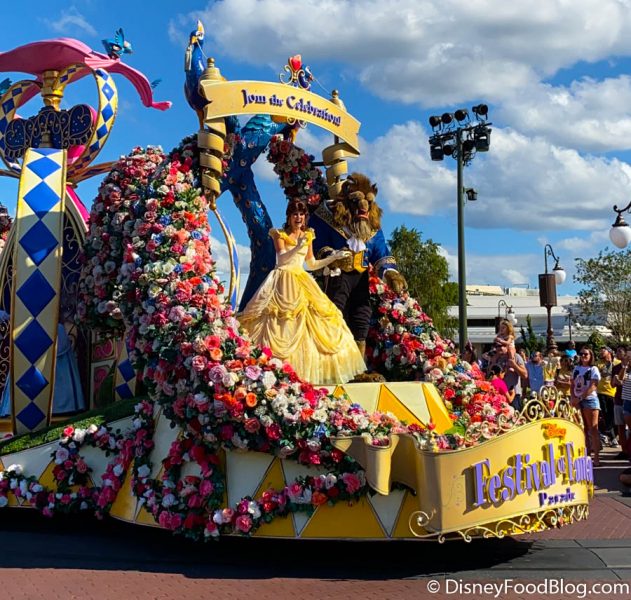 Recently we got some exciting news about a few of these returning offerings and we’ve been working on sharing all of that with you. But in addition to exciting news we also got a sneak peek at something BIG and special that’s returning to the Festival of Fantasy parade, and we can’t wait to see it fully back in action in the parks.

A huge thanks to our friends over at AllEars.net for sharing this exciting news with us, giving us a sneak peek at the fun, and allowing us to share it with you all.

Earlier today we shared that the Festival of Fantasy parade will be returning to Magic Kingdom on March 9th, 2022 (which marks the 8 year anniversary of the parade’s debut in the park). 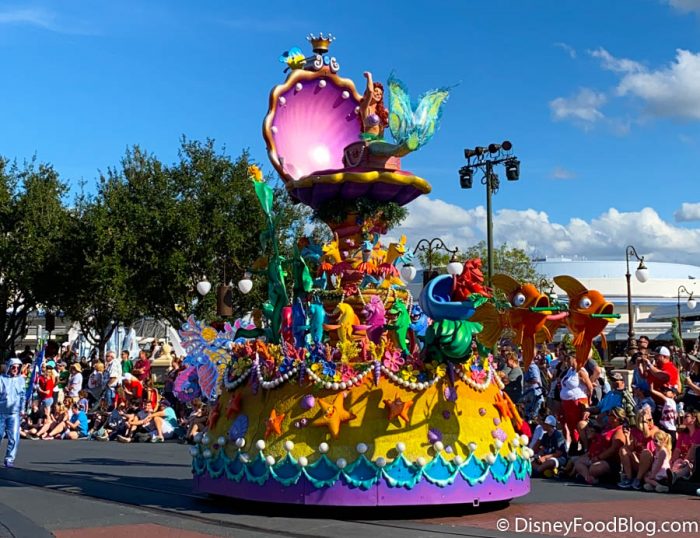 Festival of Fantasy is returning soon!

The parade will feature floats inspired by and featuring some fan-favorite Disney characters from hit films like The Princess and the Frog, Tangled, Peter Pan, and more! 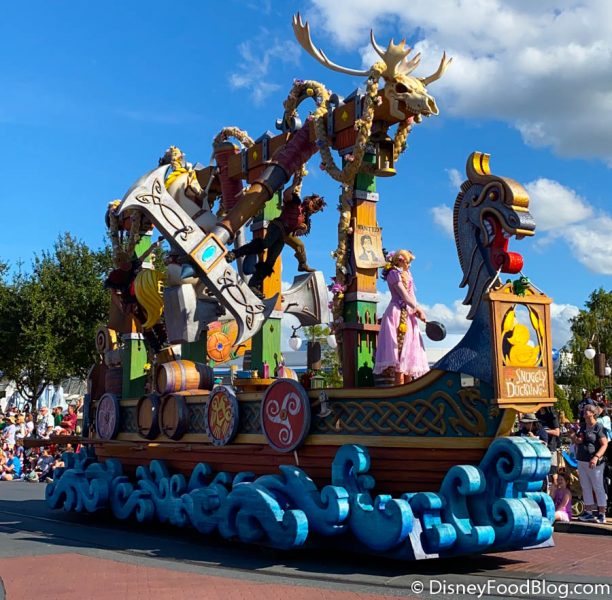 In fact, our friends over at AllEars.net got the chance to get a peek at this float ahead of its return to the park and graciously provided us with some photos to share with you! 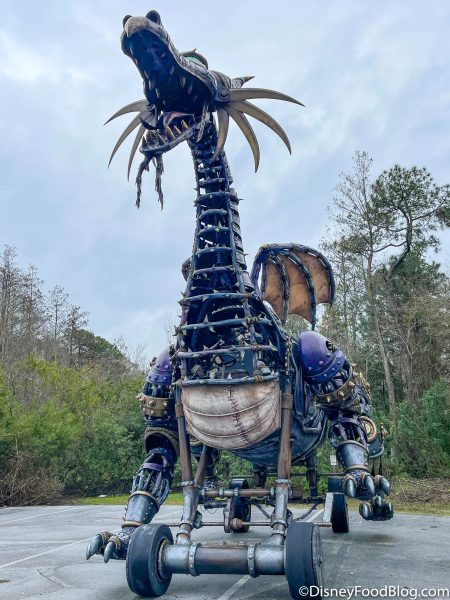 The fire-breathing Maleficent dragon looms 26 feet above the parade route and is a whopping 35 feet in length. She’s large and in charge!

The float itself is impressive to look at even when it’s not moving or breathing fire. 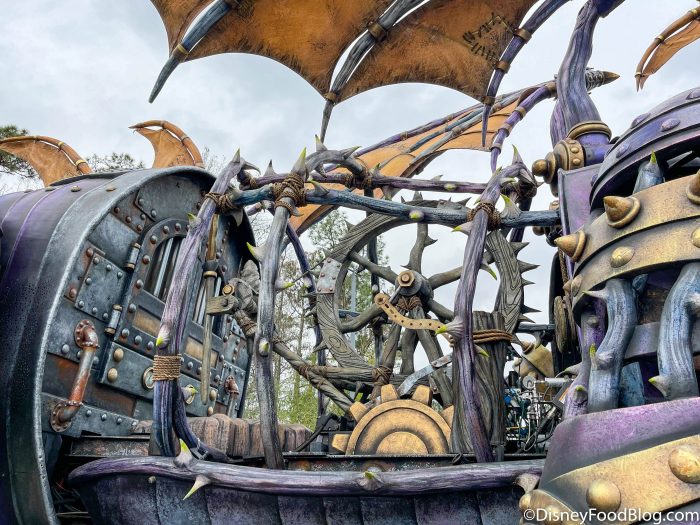 It is incredibly intricate and beautifully detailed. 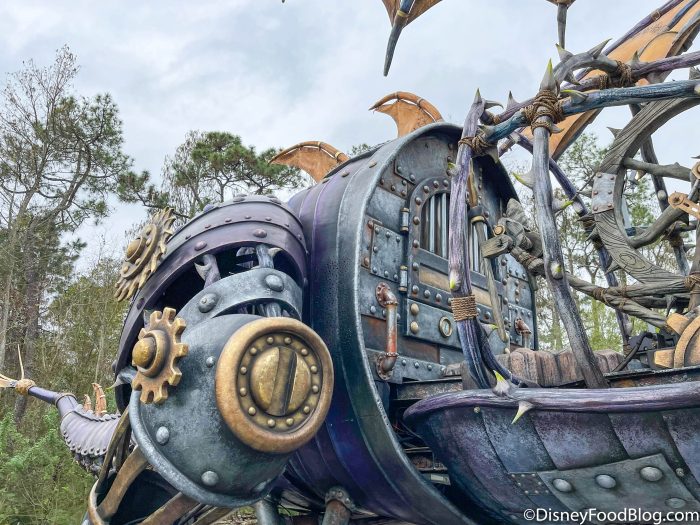 Just Look at That!

Seriously, we could stare at this thing all day.

She’s baaaaack 🔥 How excited are you for Maleficent to return to the Festival of Fantasy parade in Disney World? 🤩 pic.twitter.com/K3OI6teLjU

But thankfully Maleficent will be escaping the backstage areas soon and delighting fans with a fiery entrance.

I’m getting excited just thinking about that parade FIRE 🔥 Literally counting down the days til we see Festival of Fantasy again 🥳 pic.twitter.com/UNAeOYGqUB

As of now, we don’t have set times for when the parade will be offered just yet though.

Seeing a parade make its way around the park twice in one day is not something that is an often occurrence — we typically see that done with specialty things like the Christmas Parade. So we’re really excited that fans will get multiple chances to enjoy this offering. 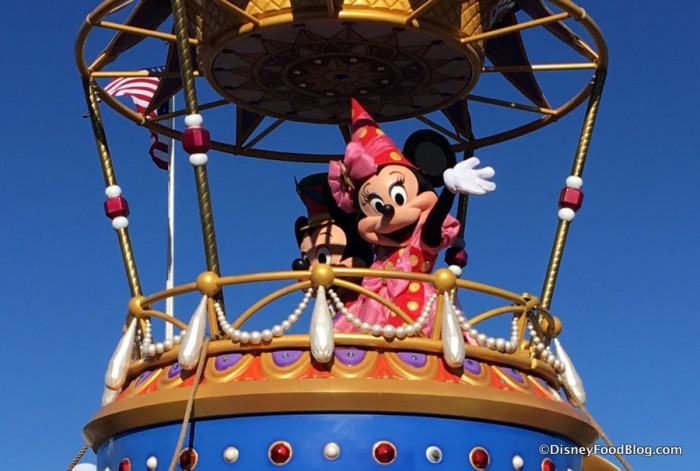 We’ll continue to keep an eye out for more updates about this parade and we’ll let you know what we find!

Click here to see our ultimate guide to Magic Kingdom!

Are you a fan of the Festival of Fantasy Parade? Tell us in the comments!