Have you heard the news?! There’s a BUNCH of new food items at Disney World right now! 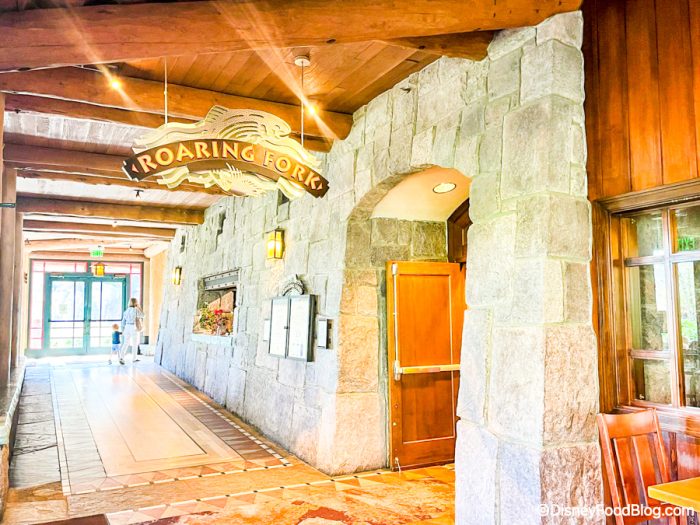 If you know anything about us at all, we’re pretty excited about it. We get to try a TON of new food and tell you all about it! There are new Halloween treats, permanent menu items, and more in the parks, resorts, and at Disney Springs. And, right now, we’re heading over to Disney’s Wilderness Lodge to check out some new breakfast items!

Roaring Fork, which is a quick service dining location over at Wilderness Lodge, has some new food items for breakfast, lunch, and dinner. We’ve already tried out some of the offerings available later in the day, so let’s talk about breakfast! The new items over here are the Meat and Potatoes Quiche, the Vegetable Lover’s Quiche, the Warm Freshly Baked Cinnamon Roll, and the Warm Grizzly Bear Claw. 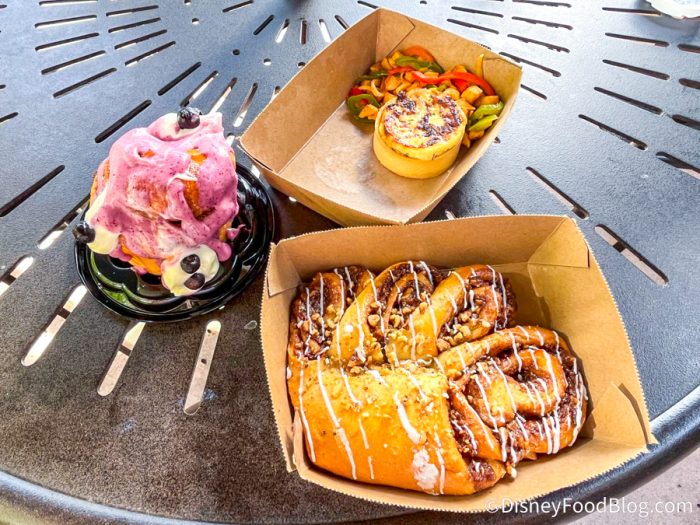 Let’s start out with the quiche! We got the Meat and Potatoes option for $8.99, which has broccoli, potatoes, bacon, ham, and gouda cheese. It comes with a side of potatoes, peppers, and onions. 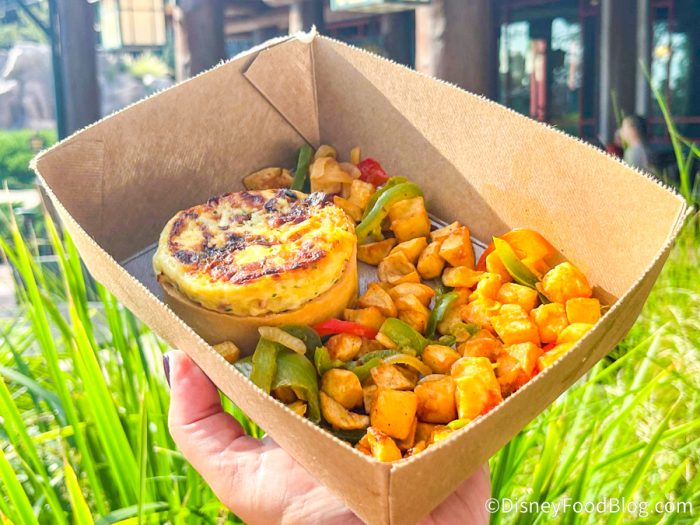 This was really tasty! There were really big chunks of meat and potatoes in our quiche. 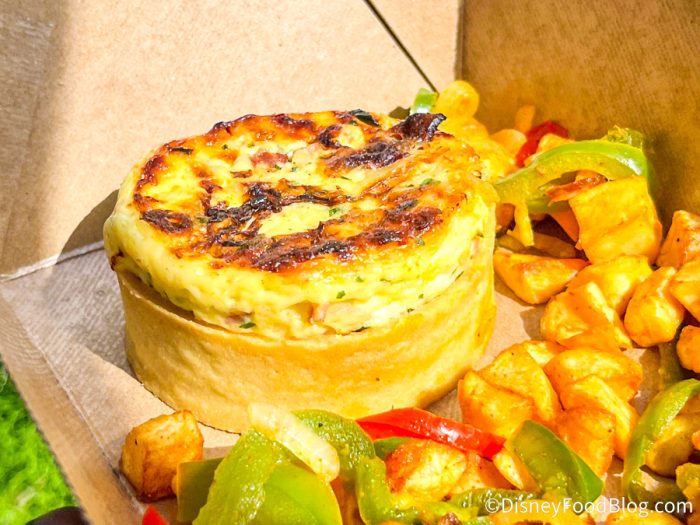 The crust has a sweetness to it that was a little bit much at times, but it worked well in the dish overall. 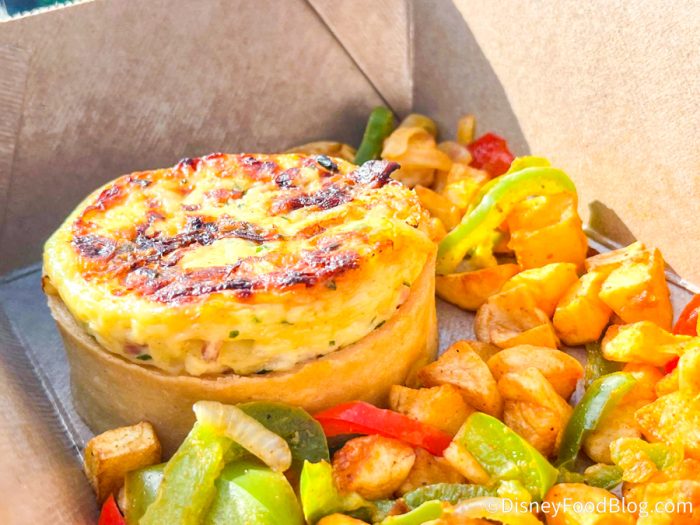 Are you a quiche fan? 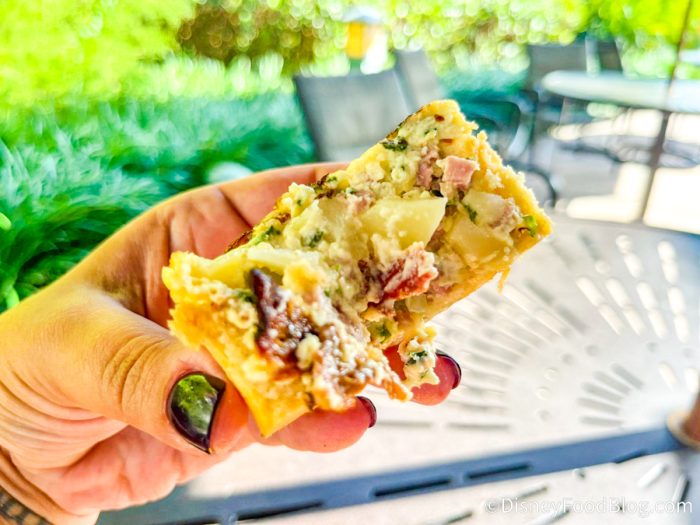 This thing is pretty messy to eat though, so we’d recommend getting a spoon to make it easier for you. Even though we were trying to save our appetites for the other menu items, we couldn’t help ourselves from finishing this quiche! However, the potatoes on the side are just okay. 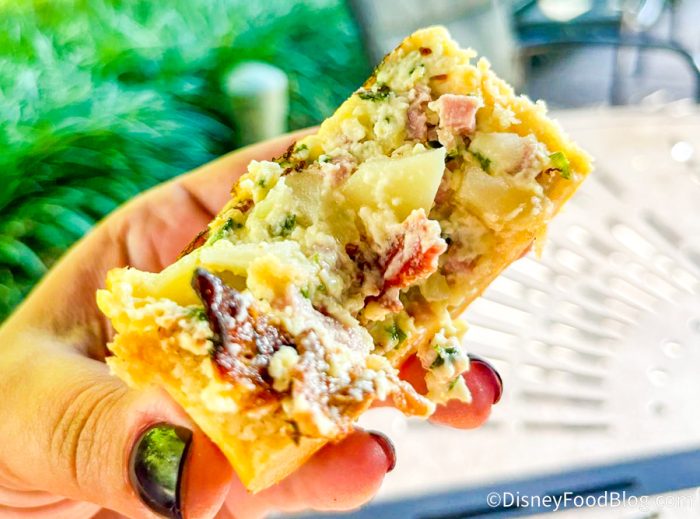 Next up, we got the Grizzly Bear Claw for $9.99. This is served warm and has mixed nuts and raisin filling. As you can see, this bear claw is HUGE! It’s literally about 9 inches across, which is very impressive. The size makes it very shareable with others! 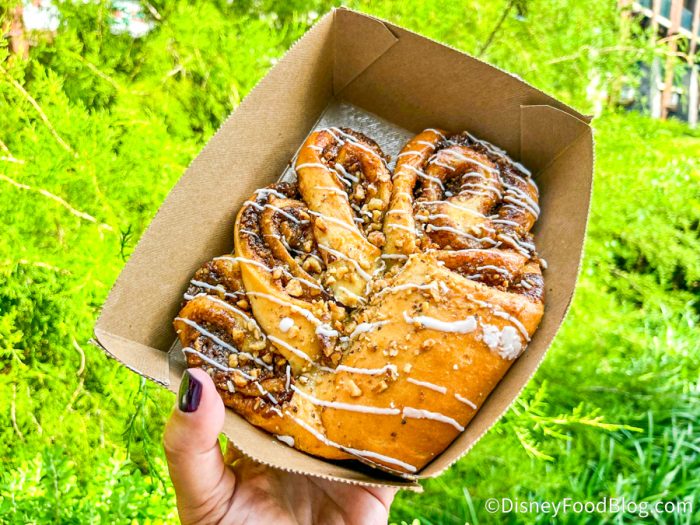 If you don’t like raisins in your food, this treat is still manageable. Our reporter found that there weren’t many in the bear claw, and the ones that were were golden raisins that didn’t have that strong of a flavor. 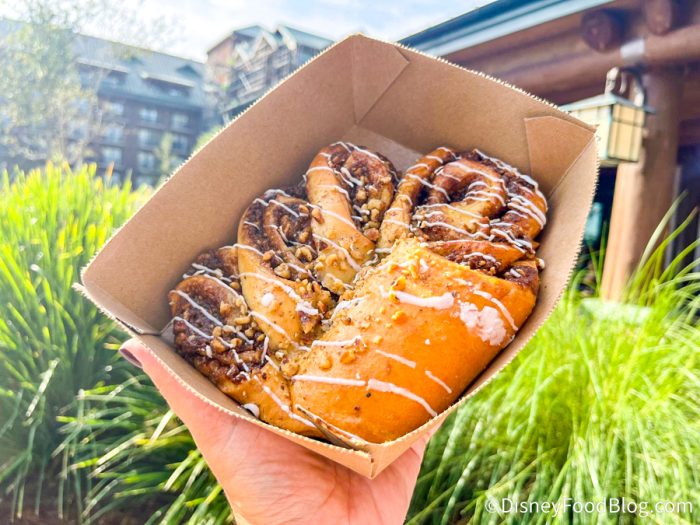 The outer layers were a bit dryer than the inside part, which was super moist and delicious! The size alone of this pastry makes it a pretty exciting way to start your day. 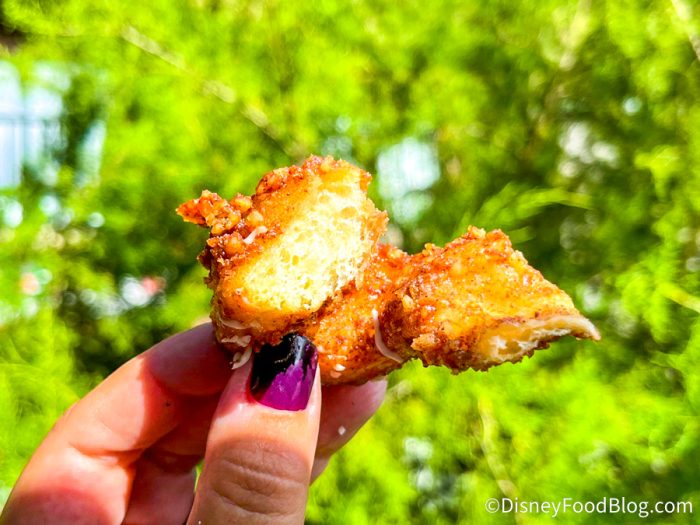 Finally, we got the Blueberry Cinnamon Roll for $8.99. This has fresh blueberries and blueberry cream cheese frosting. 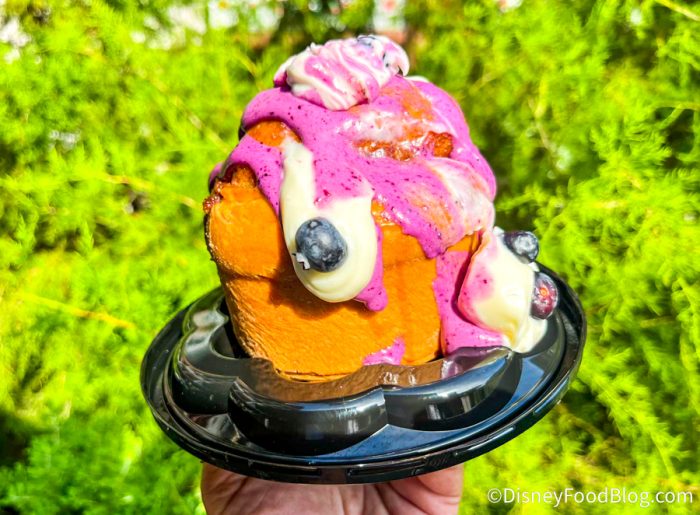 The standout of this treat is definitely that blueberry cream cheese frosting! We would put it on everything if we could because it’s THAT good. 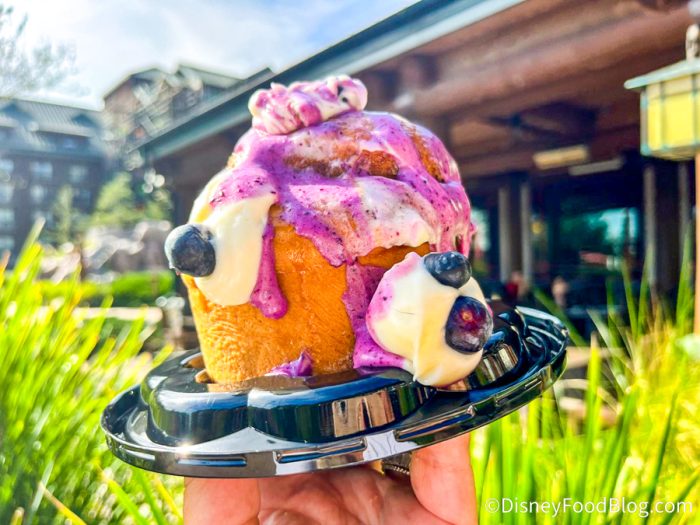 The cinnamon roll itself has more of a cake-like consistency, and we also didn’t get a ton of cinnamon flavor. But, the frosting was so good that we really didn’t mind! 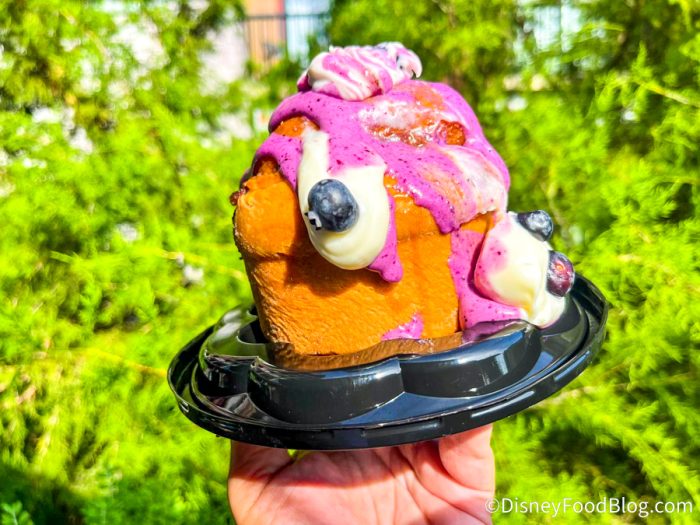 This is also a fairly big treat, so you could easily split it with someone else! 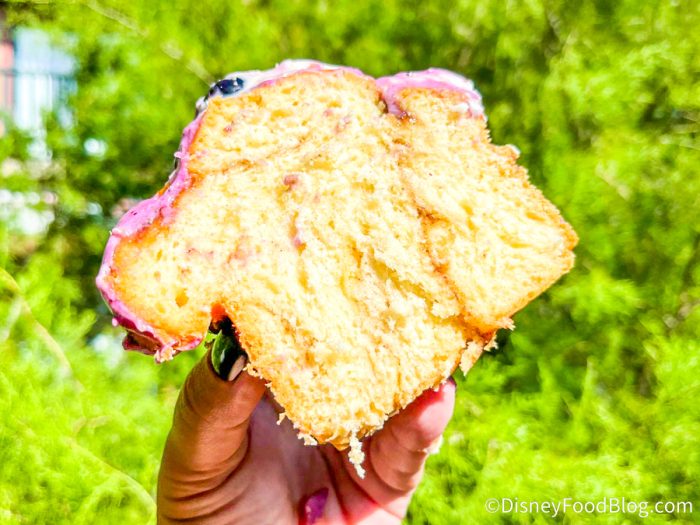 So, there ya have it — those are the new breakfast items from over at Roaring Fork! Head on over and check them out if they sound good to you.

For more on new food at Disney World, check out the new items coming to Riviera Resort, the Grand Floridian, and Port Orleans — Riverside.

Join the DFB Newsletter to get all the latest Disney World hotel news right in your inbox! Click here to Subscribe!

Where is your favorite spot to grab a quick breakfast in Disney World? Tell us in the comments!