Halloween is only a few days away, and we’re STILL trying new Halloween treats! 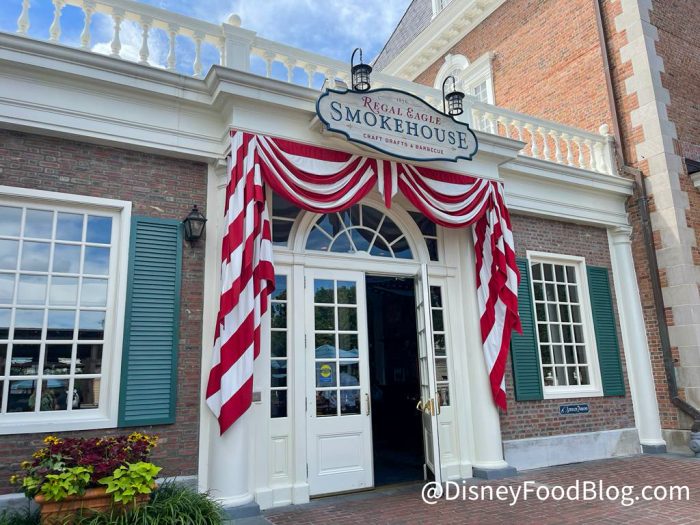 Tons of Halloween and fall snacks have arrived in Disney World throughout the last couple of months, and while we’ve tried lots of them, we haven’t tried them all…YET. One sweet treat in EPCOT got a Halloween makeover that we’re excited to try, so let’s head over to Regal Eagle Smokehouse! 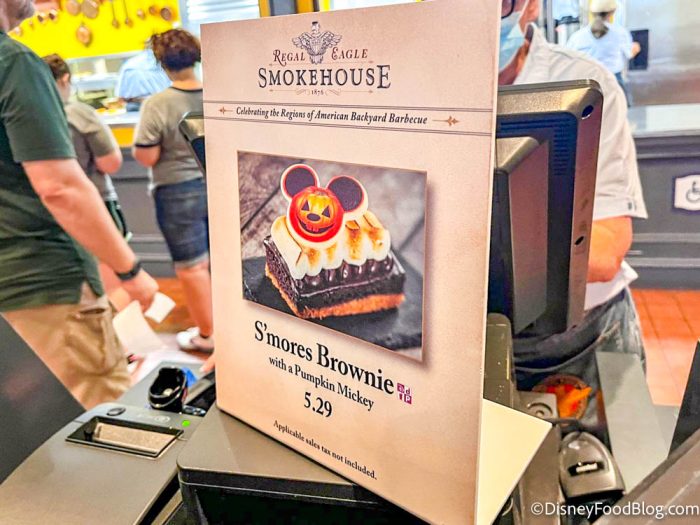 This is just like the normal brownie, a graham cracker crust and fudgy chocolate brownie base, topped with chocolate frosting and toasted marshmallow whip. In the Halloween version, there’s an added white chocolate Mickey Pumpkin on top. 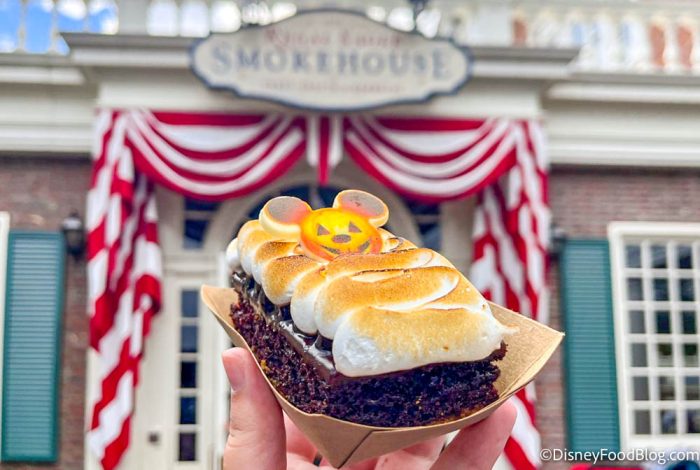 When we’ve previously had this brownie (without the Mickey pumpkin on top, of course), we’ve found it to be a little bit tricky to eat and WAY too sweet. So how does the spooky version stack up? 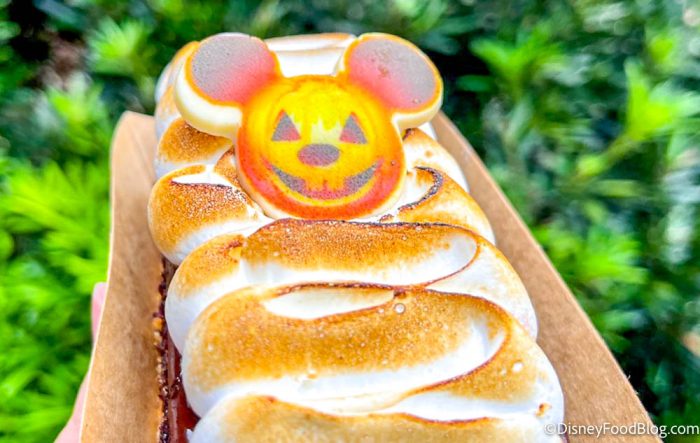 Well, since it’s almost exactly the same treat as the year-round version, we encountered some of the same problems. The brownie itself is very fudgy and decadent, and we like the graham cracker crust a lot because it adds more texture and a less sweet flavor to the mix. But together with all the toppings, this treat is just too sweet. 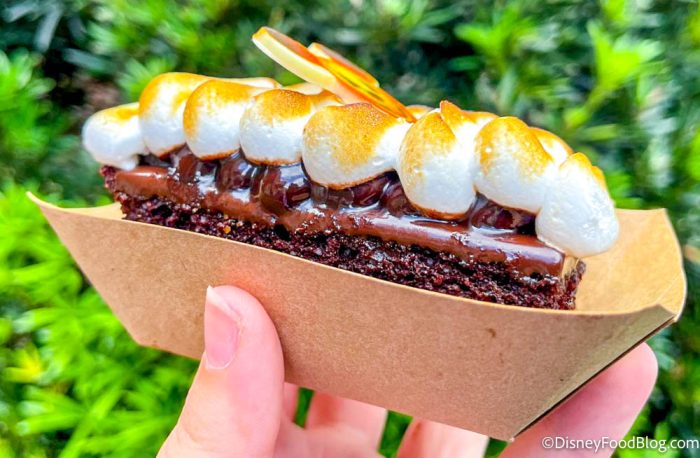 We could only eat a few bites of this before we had to pack it up to save for later because there was just way too much sugar. The marshmallow and icing are especially sweet, and that icing tastes like the kind you get in a can from the grocery store. It’s also pretty messy, so make sure you grab some napkins if you get this! 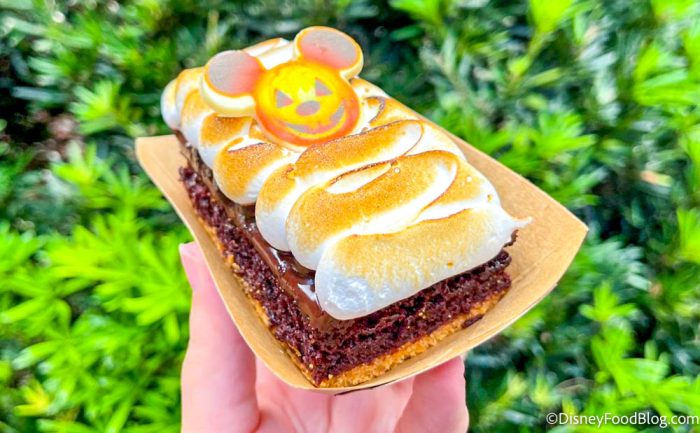 Despite the overwhelming sweetness, we liked that this treat tastes almost exactly like a real s’more. And the little Mickey pumpkin on top was very cute as well!

This s’mores brownie from Regal Eagle in EPCOT is EVERYTHING! It’s almost too good to eat! Find it there for $5.29! 🎃 pic.twitter.com/caILI3VQ9p

Anyone who LOVES s’mores or just super sweet treats, in general, will appreciate this one. And we think kids especially will be big fans. Otherwise, we’d recommend splitting one brownie between a few people because it’s tough to eat more than a few bites! 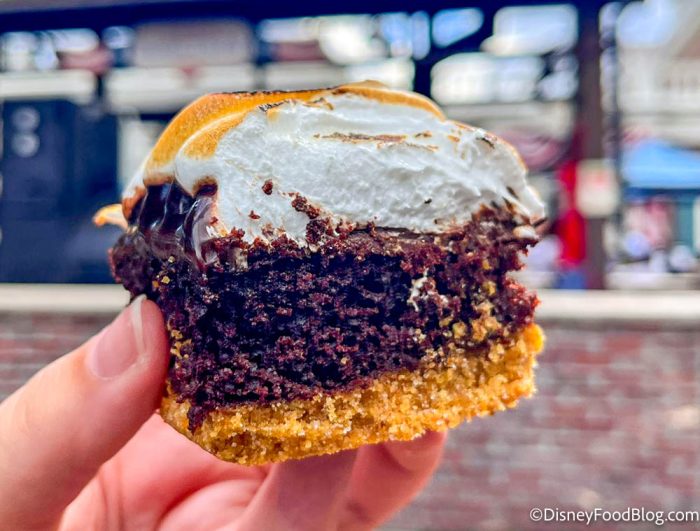 This treat is only available until October 31st, so grab it while you can! And if chocolate isn’t your thing, we suggest trying the (Not So) Poison Apple Trifle or the Halloween cookie pizza from PizzeRizzo. As always, be sure to stay tuned to DFB for all the latest Halloween news and food reviews!

What’s been your favorite Halloween snack so far? Tell us in the comments!