Shula’s Steakhouse, named after the location’s original owner and American football great, the late Don Shula, has honed its restaurant presentation to be dark, mature, and indulgent. 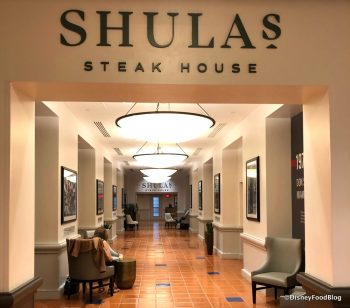 The food portions here are extremely generous, and it is my sincere hope that you don’t mind indulging in decadent steaks, side dishes, and desserts if you’re choosing to dine here. It’s a truly magnificent meal, but not for the faint of heart!