It totally makes sense that Disney and weddings often go hand in hand! 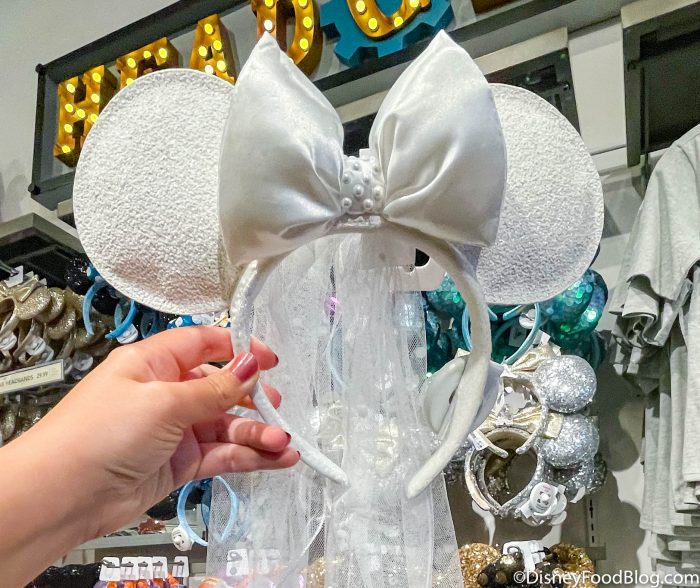 And Disney knows that, too — the company has a ton of wedding merchandise available in the parks, including Minnie Ears, cake toppers, and more! And we’ve even spotted the occasional wedding at Disney World.

END_OF_DOCUMENT_TOKEN_TO_BE_REPLACED

We’ve been all about Disney weddings lately. 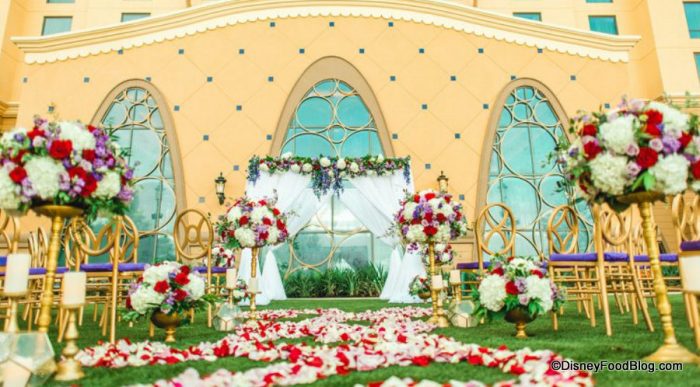 We’ve taken a peek at Disney’s new princess wedding dress collection, explored a brand-new spot to get married on property, and even witnessed a wedding in EPCOT! But we’re not done quite yet. Today, we’re looking at a pretty delicious aspect of weddings: the CAKE.

END_OF_DOCUMENT_TOKEN_TO_BE_REPLACED

Many dream of saying “I do” in Disney World. 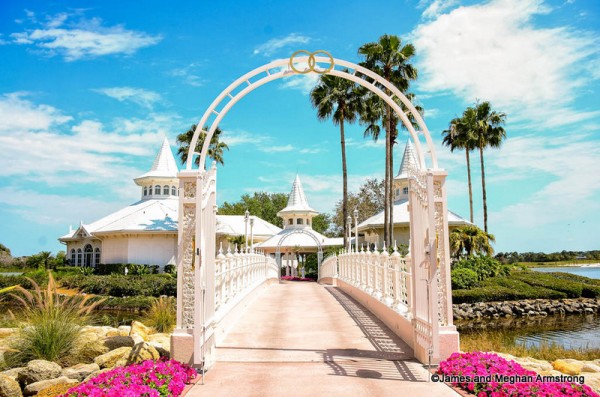 Bridge to the Wedding Pavilion

In fact, we spotted a wedding in Disney just a few days ago! But while it can give you an excuse to wear some pretty cool bride ears, planning a Disney wedding can be hard work. One of the many tough choices is figuring out where to have your ceremony! Luckily, Disney Weddings has announced a new venues on property where you can tie the knot.

END_OF_DOCUMENT_TOKEN_TO_BE_REPLACED

Disney can be a wonderful place to spend time with family and friends but it can also be SUPER romantic. 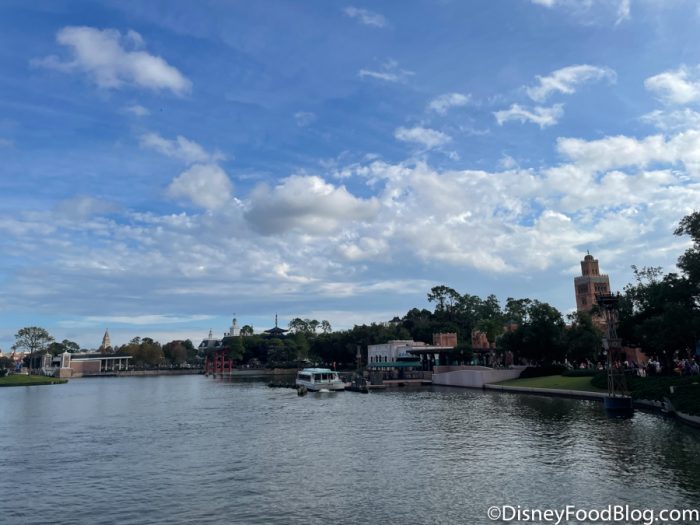 Every once in a while, we get really lucky and happen to spot a happy couple saying their “I Do’s” in the Most Magical Place on Earth. Today, we found ourselves strolling past an absolutely BEAUTIFUL bridal party in a VERY cool place to get married.

END_OF_DOCUMENT_TOKEN_TO_BE_REPLACED

We see a lot of interesting things on our visits to the Disney World parks! 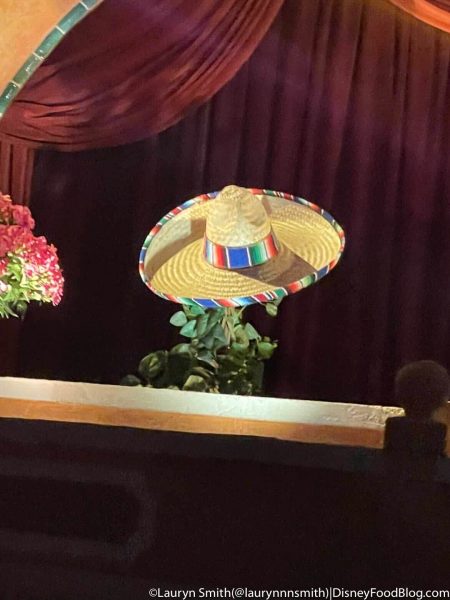 Just recently, we’ve seen animatronics replaced by plants in EPCOT and some rejected bird flirting in Animal Kingdom. We’re used to looking out for the weird and unexpected things in the park, but this morning at EPCOT, we were granted a different kind of surprise — a sweet and romantic one!

END_OF_DOCUMENT_TOKEN_TO_BE_REPLACED

So this is love! Engaged or not, we hear wedding bells thanks to these 16 gorgeous Disney Princess-inspired dresses brought to us by Allure Bridals! 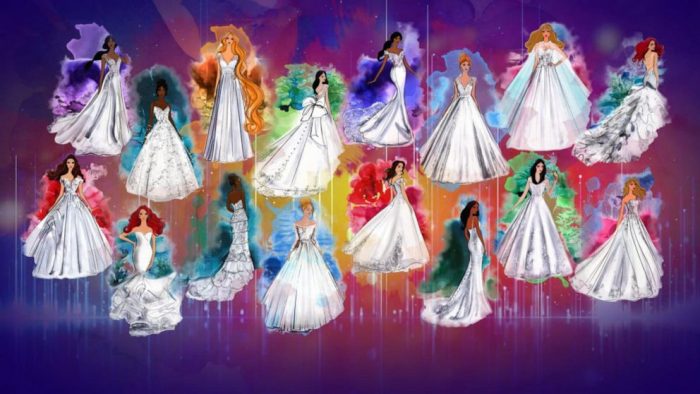 END_OF_DOCUMENT_TOKEN_TO_BE_REPLACED

Remember a while back when Disney was making waves in tech circles for, well, food reasons?

At that time, several tech outlets were all abuzz with the news that Disney had filed a patent application for an “interactive cake”. We did a post about what seemed like a fun adventure with food, since we couldn’t figure out how we’d approach interacting with a cake (other than eating it with wild abandon, of course), we studied the pics and did our best to imagine the end result. Cakes and Patents…Patents and Cakes

Well, this week, Disney has finally let the cat out of the bag as it introduced Disney Wedding Cake Projection Cake Mapping at its Fairytale Weddings Expo.

And it actually looks pretty cool. Basically, Disney has taken technology that looks similar to what it uses in its nightly slideshows at Magic Kingdom and Disneyland, and reduced it in size. The video sequence is then projected on the blank slate of a wedding cake.

Couples still have the option to customize the inside of the cake with delicious fillings and flavors. The video is customizable as well, with the aim to tell a couple’s unique story.

Want to see the effect in action? Check out these videos

END_OF_DOCUMENT_TOKEN_TO_BE_REPLACED

As usual, when there’s a lot of Disney food news during the week, we recap our Disney Food Blog stories for those who might like to take a look. This week, we have:

And here we go — off into the wonderful world of Disney Food posts from this week!

OC Register reports the closure of Disneyland’s Tomorrowland Terrace until this summer. The kitchen is being expanded and renovated.

The WDWToday Podcast aired a Healthy Eating in WDW show with special guest: me. 🙂

The Disney Chick makes what sounds like just about the best soup ever: Roasted Garlic and Gruyere Cream Soup from Victoria and Albert’s.

Heatherw25, an avid scrapbooker, posted a bunch of Disney Food Scrapbooking Lay-outs on her blog this week!

The Disney Parks Blog has some awesome grooms’ cakes from Disney Fairytale Weddings!

Main St. Gazette shares fantastic photos of one of my favorite areas of Disney World — the Sunset Ranch Farmer’s Market.

Passport to Dreams takes a retro peek at Columbia Harbour House. (Also, you don’t want to miss their detailed look at the Caribbean Plaza — not a food article, but wonderful nonetheless.)

Dis Unplugged takes us to Disneyland twice this week with posts on the Carnation Cafe and Ralph Brennan’s Jazz Kitchen.

And, finally, just because when I find things like this on ebay, it’s my job to let you know about them: a Disney Characters Spork Collection.