What better way to kick off a day at Disney than with COFFEE?! 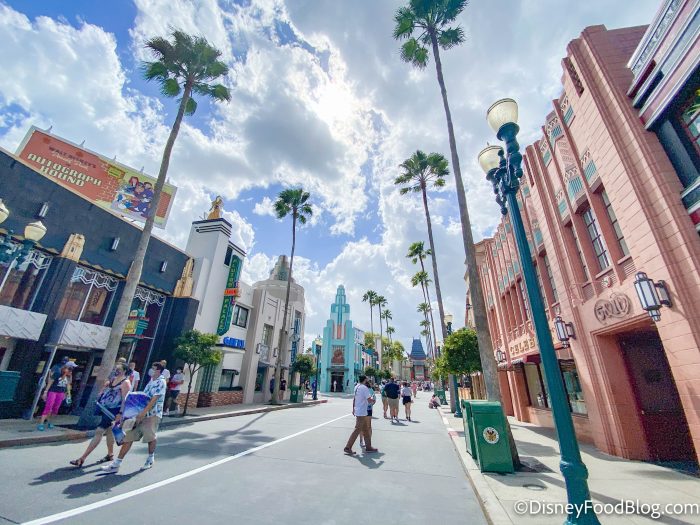 Grabbing some coffee to kick off our day in Disney’s Hollywood Studios!

We love trying all the different specialty sips around Disney World — and that includes when we need our caffeine fix! We’ve sampled some truly unique coffees on property, so when we saw an interesting new flavor at Disney’s Hollywood Studios, we just HAD to try it.

END_OF_DOCUMENT_TOKEN_TO_BE_REPLACED What better place than at the entrance? Or maybe even before… because when you visit Hollywood Studios, currently you’ll see lots of construction and projects before you even enter the park.

END_OF_DOCUMENT_TOKEN_TO_BE_REPLACED And yes, this is what a day in Central Florida can look like – on one side of the arch it is a beautiful blue sky, the other side a threatening, grey sky! How many times have you been caught without a rain coat or umbrella on this kind of day?  END_OF_DOCUMENT_TOKEN_TO_BE_REPLACED

It’s heeeeeere! Yep, Trolley Car Cafe in Disney’s Hollywood Studios has been holding soft openings for the past few days, with a grand opening rumored for Tuesday! The newest Starbucks in Disney World features a Golden Age of Hollywood theme (natch), but this takes a little turn from what you might expect… Inside, there aren’t glamorous regency fixtures and photos of starlets. Instead, it’s pretty END_OF_DOCUMENT_TOKEN_TO_BE_REPLACED

Okay, coffee lovers… what we’ve suspected for a while now has officially been confirmed by Disney: Starbucks is coming to Hollywood Studios in February 2015! But there are a few additional details along with the announcement: we’ve also got a name! The Trolley Car Café will have a “classic trolley car station” theme.

While Disney has only officially confirmed the location as being “along Hollywood Boulevard,” all signs point to the L.A. Prop Cinema Storage merchandise location, which closed for refurbishment a few months ago, and remains surrounded by refurbishment walls. The location will carry END_OF_DOCUMENT_TOKEN_TO_BE_REPLACED