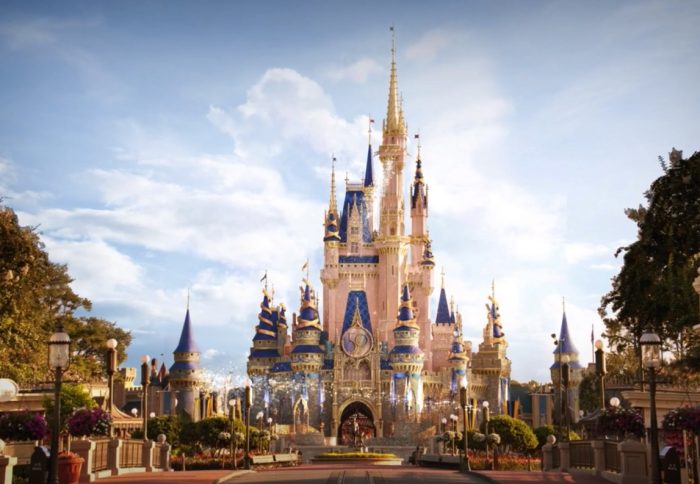 We’ve told you all about the transformations coming to Disney World’s park icons — including Cinderella Castle! And while the big birthday is still quite a few months away, we’ve already seen that makeover begin. We’ve been following the progress as fancy draperies and golden swirls were added…and now, there are more additions!

END_OF_DOCUMENT_TOKEN_TO_BE_REPLACED

In case ya haven’t heard, Cinderella Castle is getting a glow-up for Walt Disney World’s 50th anniversary! We’re talkin’ new paint, draperies, and MORE. We’ve already gotten a sneak peek at the inspiration behind the new design — and we’ve watched as phase one of the transformation was completed! And now, we’ve got another update for you.